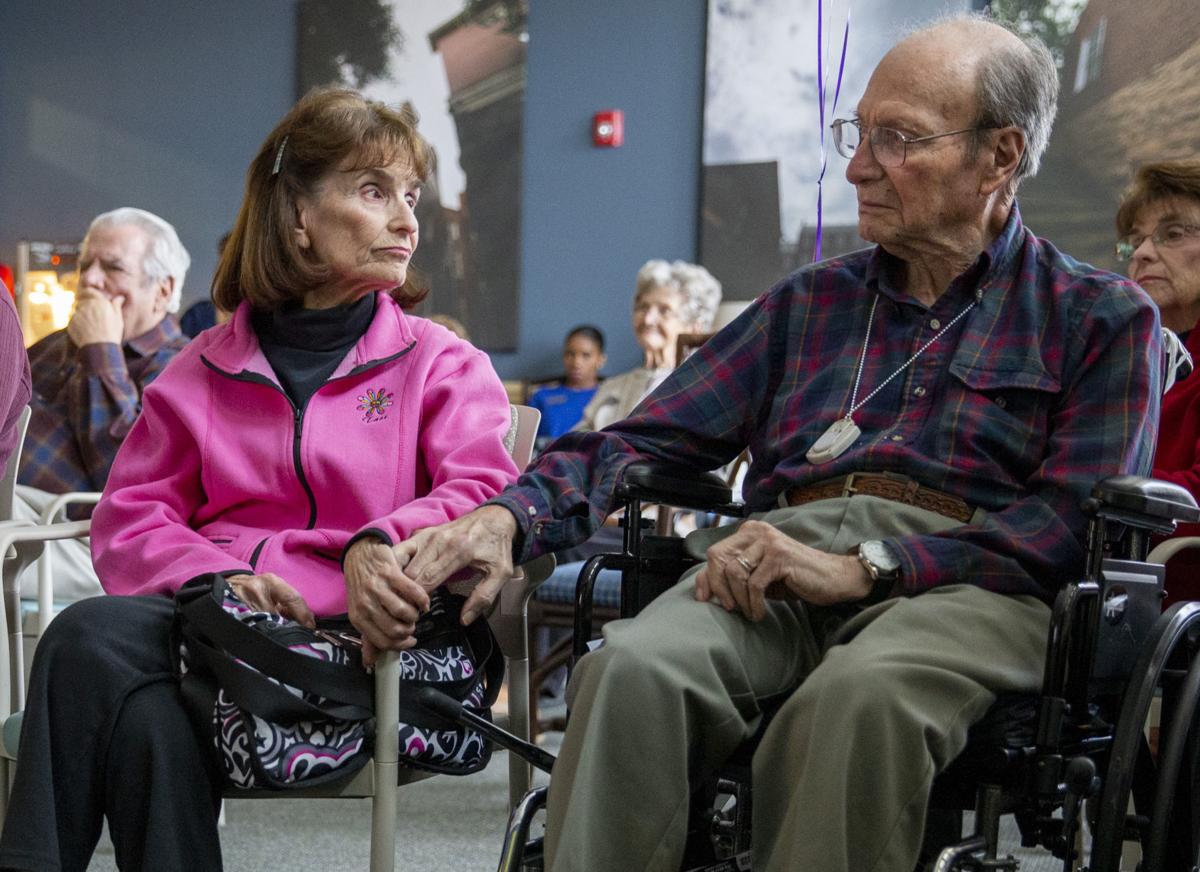 Bernie Cohen and his wife Rae watch a documentary about the Loving case in Fredericksburg, Virginia on Jan. 17, 2019. Cohen argued the landmark Loving v. Virginia case before the Supreme Court in 1967 which ended the ban on interracial marriage. 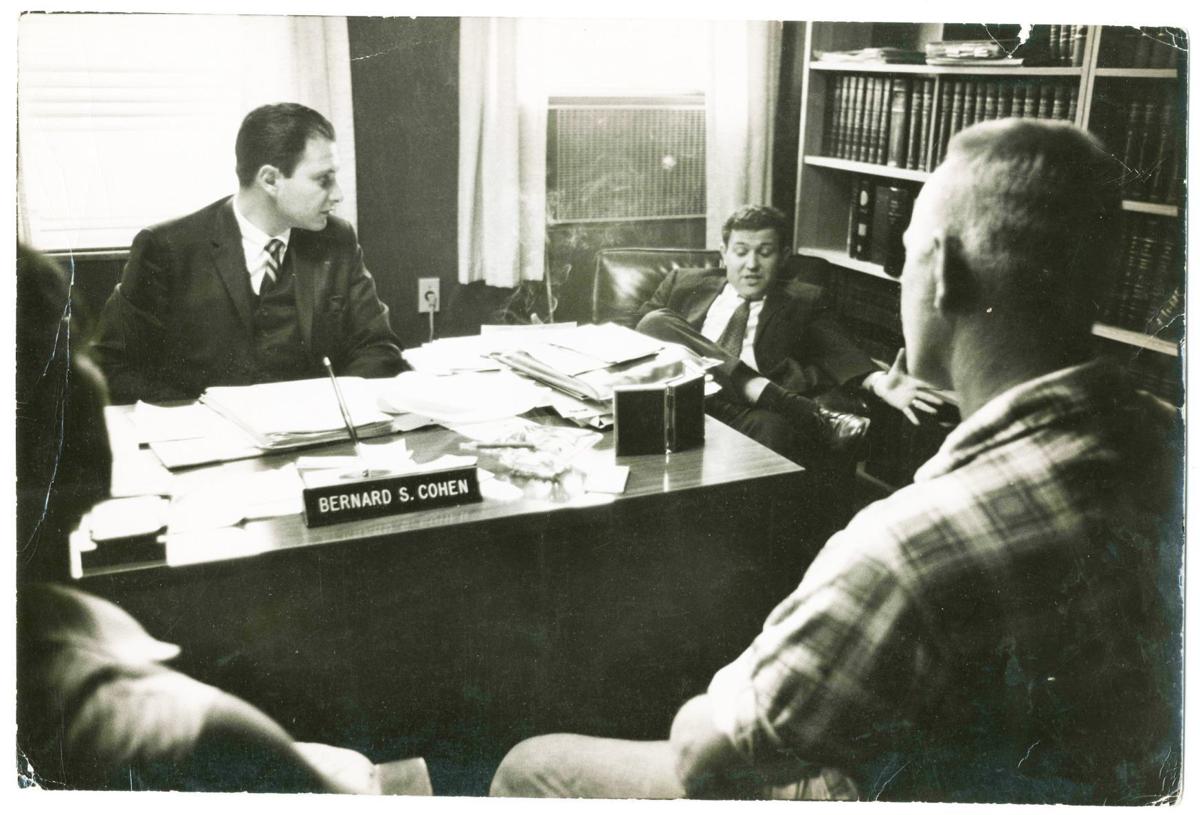 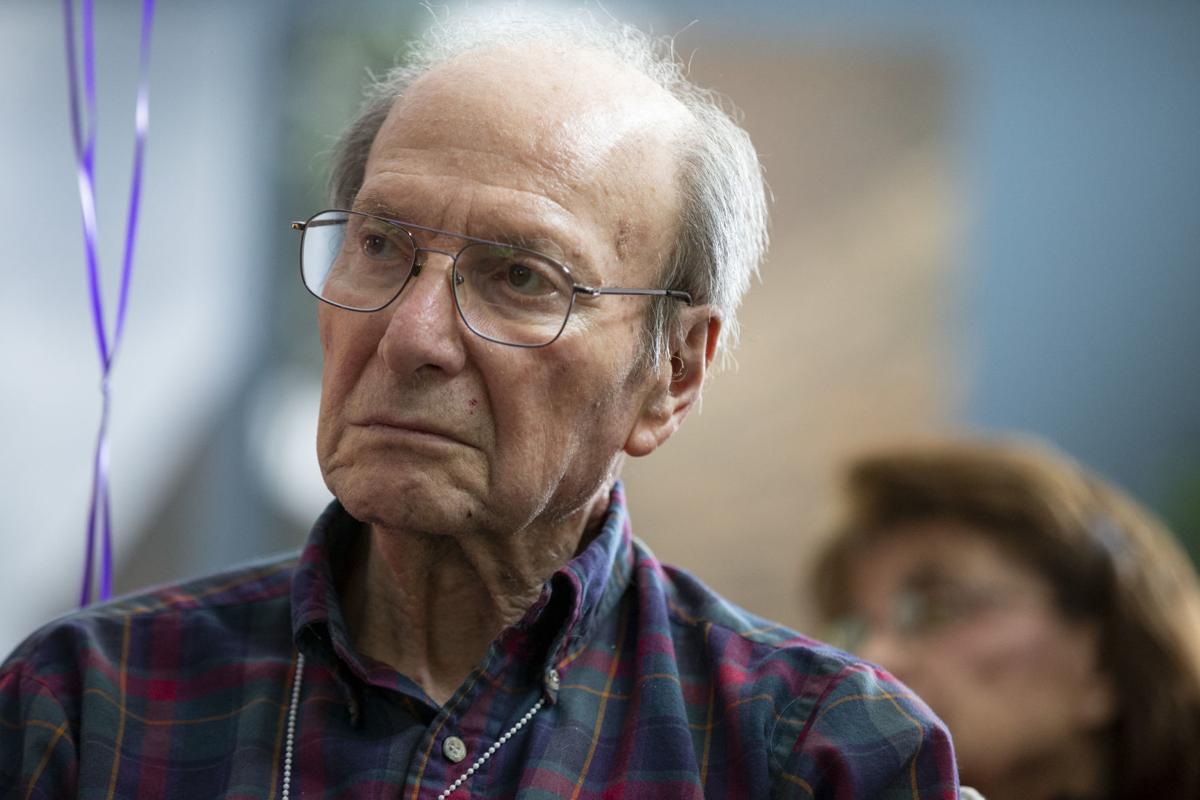 Bernie Cohen marks his 85th birthday at Spring Arbor in 2019.

Bernard Cohen was just 29 when he received a letter that had been forwarded to him by then-Attorney General Robert Kennedy.

Cohen was a volunteer attorney with the American Civil Liberties Union. The letter was from Mildred Loving, a Caroline County woman of mixed Black and American Indian heritage.

It was 1964, and Mildred and her husband, Richard, who was white, were living in Washington, D.C., because Virginia’s ban on interracial marriages prevented them from living in the Caroline community of Central Point, where both were born and grew up.

“Five years ago, my husband and I were married here in the district. We then returned to Virginia to live,” Mildred Loving wrote. “My husband is white, I am part negro and part Indian. At the time, we did not know there was a law in Virginia against mixed marriages. Therefore we were jailed and tried in a little town of Bowling Green.”

The couple was charged with the felony offense of violating Virginia code prohibiting “miscegenation” and interracial marriage. They were sentenced to one year of prison which was suspended on the condition that they leave the state and not return for 25 years.

Cohen, who died Monday of Parkinson’s at Spring Arbor, an assisted living facility in Spotsylvania County, said in 2019 that he knew right away this case could go all the way to the U.S. Supreme Court.

“When I told Richard that, his jaw dropped,” Cohen told The Free Lance–Star at a celebration of his 85th birthday in January 2019.

Cohen and a fellow attorney, Philip Hirschkop, appealed the Loving’s conviction all the way to the U.S. Supreme Court, where they argued that it violated both the due process and equal protection clauses of the 14th Amendment.

The justices’ unanimous decision in favor of the Lovings and striking down “the last de jure vestige of racism” in the United States, as Cohen later described it, was announced on June 12, 1967—a day now celebrated as “Loving Day.”

“Mr. Cohen was a man who, because of his vision and courage, changed the course of American history and culture,” said Julie Langham, Virginia’s State Historic Preservation Officer. “As a leader in the fight for social justice, he earned for himself a well-deserved place in history, not just of Virginia, but our nation.”

Cohen was born in 1934 in Brooklyn, N.Y. His parents were Jewish immigrants from Latvia and Romania.

He graduated from Georgetown University law school in 1960 and practiced in Alexandria, specializing in environmental and employment law, until his retirement in 2006.

He also served from 1980 to 1996 in the Virginia House of Delegates, where he introduced a bill to decriminalize homosexuality. That bill failed, but the 2015 Supreme Court decision in Obergefell v. Hodges, which guaranteed same-sex couples the right to marry, cited Loving v. Virginia.

Cohen and his wife of 61 years, Rae—who still lives in Spotsylvania—stayed in touch with Mildred and Richard Loving for the rest of their lives.

The Cohens attended the 1975 funeral of Richard Loving, who was killed by a drunken driver. And Rae Cohen said in 2019 that Mildred Loving asked to see her former lawyer right before her own death in 2008.

“The people of the United States will forever be grateful to the hard work of Mr. Cohen in the landmark case of Loving v. Virginia,” said Floyd Thomas, a longtime member of the Caroline County Board of Supervisors and friend of the Lovings’ daughter, Peggy Loving Fortune.

The Lovings and their lawyer are also celebrated by interracial couples every year on Loving Day and as they go through their lives with the freedom to legally live with the person they love.

“I can’t imagine my life without my husband and now our daughter,” said Sabrina Vaz–Holder of Fredericksburg. “To know my marriage would have been illegal before 1968—I would definitely have been a rebel/activist.”

Vaz–Holder dated her husband for five years before they married and said she often heard comments about how it “would be easier” if she dated “within her race.” She said she didn’t know about Loving v. Virginia until she married in 2015 and wishes she had learned about the case in school. She wants her children to be better educated about the events and people that made their lives and freedoms possible.

“All we can do is teach our mixed children their true history and lead by example to wash out the evil and hate,” Vaz–Holder said.

Anitra Barnes of Stafford County and her husband Michael just celebrated 21 years of marriage in September. At the time she got married, “race was not something I thought about,” she said. “I just happened to fall in love and that was it.”

It wasn’t until moving to Virginia in 2006 that she became aware that interracial marriage was once illegal. Barnes said she feels grateful to Cohen for taking on the Lovings’ case 56 years ago.

“I’m happy he did because it [made interracial marriage legal] and it paved the way for other changes that have happened in the past few years, such as gay marriage,” she said. “Because love is not based on skin color or anything else. Love is based on love.”

El Norteno Restaurant was closed down twice but now has reopened.

Doses of an eventual COVID-19 vaccine are expected to make their way to Virginia just days after federal regulators clear the serum, and prepa…

Doris Hutchinson wanted to use money from the sale of her late mother’s house to help her grandchildren go to college.

The Catholic Diocese of Richmond is paying $6.3 million to 51 individuals who as minors experienced sexual abuse by clergy. News of the paymen…

Bernie Cohen and his wife Rae watch a documentary about the Loving case in Fredericksburg, Virginia on Jan. 17, 2019. Cohen argued the landmark Loving v. Virginia case before the Supreme Court in 1967 which ended the ban on interracial marriage.

Bernie Cohen marks his 85th birthday at Spring Arbor in 2019.