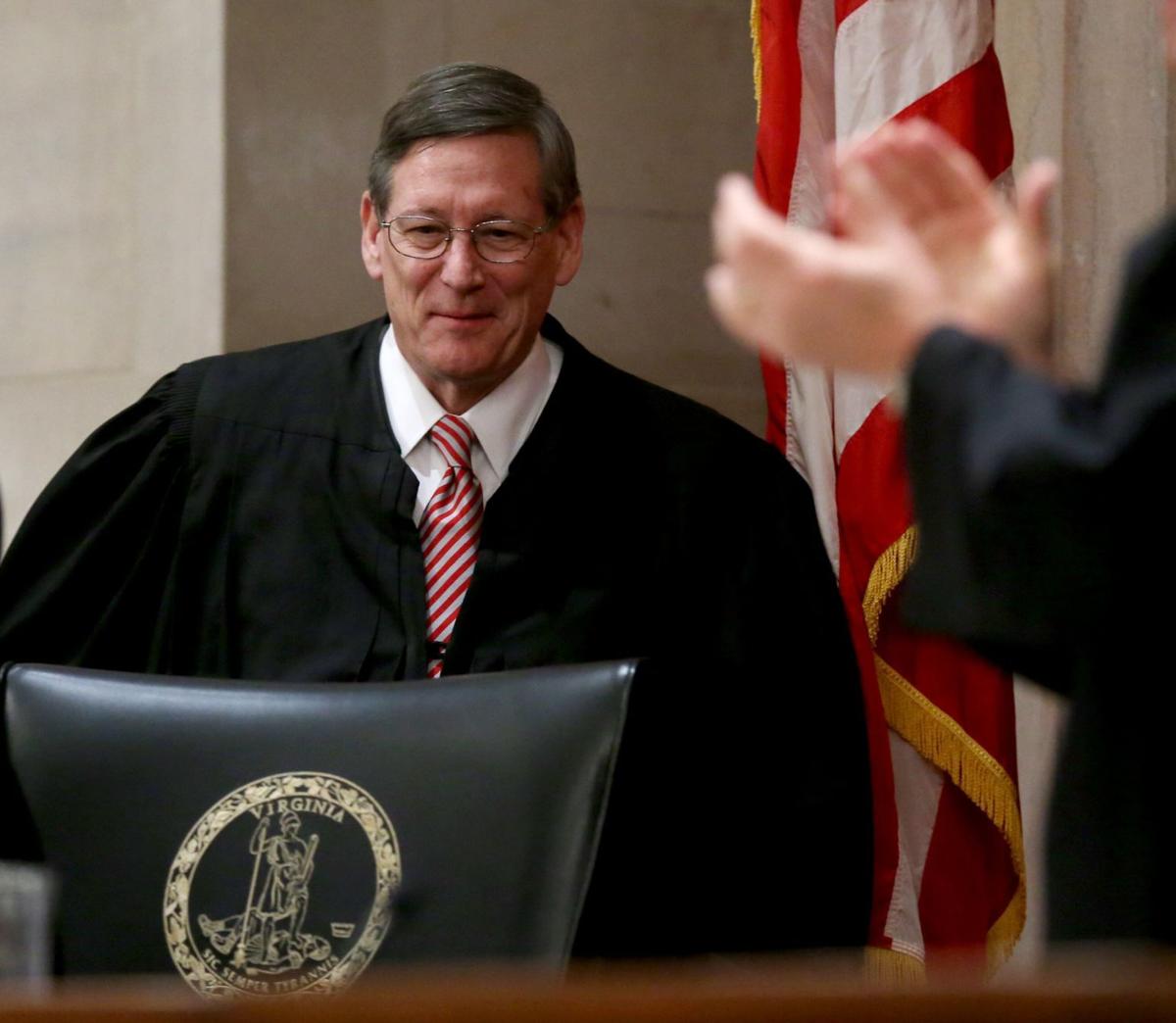 Donald W. Lemons heads for his chair after being sworn in as chief justice of the Virginia Supreme Court. 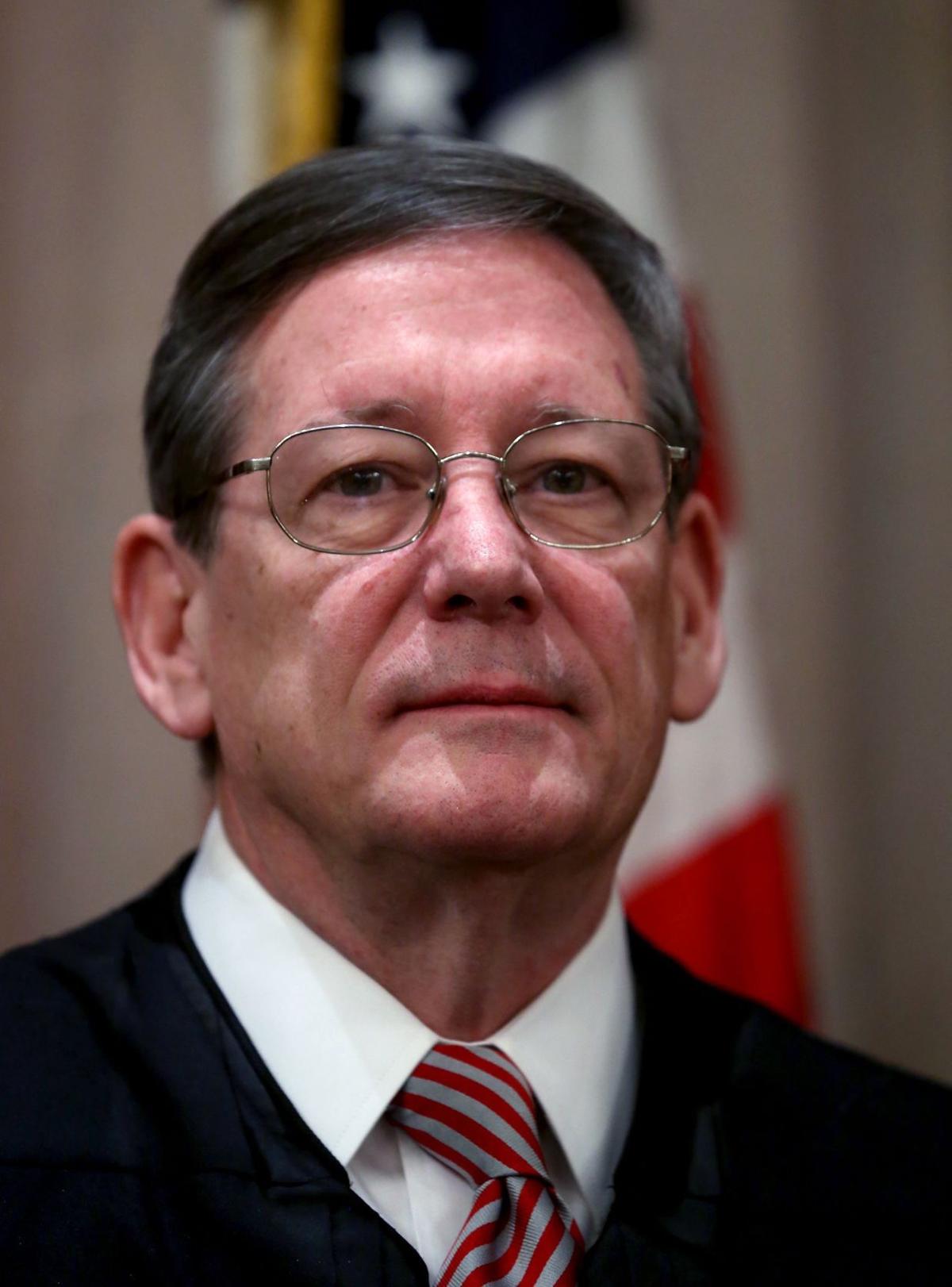 Donald W. Lemons, sworn in as chief justice of the Virginia Supreme Court in January 2015. 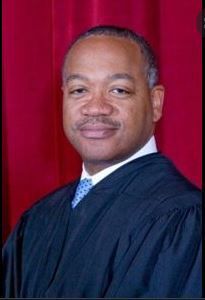 Donald W. Lemons will step down as chief justice of the Virginia Supreme Court effective Dec. 31, and his colleagues have elected Justice S. Bernard Goodwyn to succeed him on Jan. 1, the court announced Monday.

Lemons, 72, a former Richmond lawyer and judge, has served as chief justice for seven years. He was first elected to the position by his fellow justices on Aug. 18, 2014, to a four-year term that began Jan. 1, 2015.

Lemons was elected to the state Supreme Court in 2000 for a 12-year term. His current term expires on March 15, 2024. The court’s announcement did not say why Lemons was stepping down as its 26th chief justice, but the mandatory retirement age for judges and justices in Virginia is 73.

He has served at every level of the court system in Virginia.

From 1971 to 1973 — after college and before law school — he was a probation officer for the Fairfax County Juvenile and Domestic Relations District Court. From 1976 to 1978, he was an assistant dean and assistant professor at the University of Virginia School of Law from which he had just graduated.

As a judge for Richmond Circuit Court, Lemons helped pioneer drug courts in Virginia. In 2013, at a ceremony marking the 15th anniversary of Richmond’s drug court, he brought home the point that drug addiction can strike anywhere by revealing he had a cousin who had died from a heroin overdose not long before, according to news accounts at the time.

At Lemons’ investiture ceremony in January 2015, he was lauded by more than one speaker for his civility and integrity.

Then-Gov. Terry McAuliffe, in remarks at Lemons’ 2015 investiture as chief judge, thanked Lemons for his groundbreaking work on drug courts and said Lemons faced a great deal of resistance, to the point he was warned that becoming Richmond’s drug court judge could be a career-ending move.

There are now more than 50 drug courts across the state.

Goodwyn, 60, will assume the office of chief justice at the beginning of the year. He was appointed to the Supreme Court by Gov. Timothy Kaine in 2007 and was unanimously elected by the General Assembly to the court in 2008 and re-elected in 2020.

Goodwyn is the second African American to serve as chief justice. Leroy Hassell Sr. was the first, serving two, four-year terms from 2003 to 2011.

Goodwyn previously served as a circuit court judge in Chesapeake for 10 years and as a general district court judge for two years.

Prior to going on the bench, Goodwyn served as a research associate professor at the University of Virginia School of Law and as a litigation partner at a Norfolk law firm. He earned his undergraduate degree from Harvard University in 1983 and his law degree from UVA in 1986.

The Virginia Supreme Court is made up of seven justices, each elected by a majority vote of both houses of the General Assembly for a term of 12 years.

The chief justice is currently chosen by a vote of the seven justices for a term of four years. There is no statutory limit to the number of four-year terms to which a chief justice may be elected, but the court has said the justices internally adopted a two-term limit.

RICHMOND — Two Richmond residents living near the site where a statue of Confederate Gen. Robert E. Lee stood for more than a century have ask…

Donald W. Lemons heads for his chair after being sworn in as chief justice of the Virginia Supreme Court.

Donald W. Lemons, sworn in as chief justice of the Virginia Supreme Court in January 2015.