Defendants who provide substantial assistance to police or prosecutors, accept responsibility for their crimes or express genuine remorse in the eyes of a judge could receive sentence reductions that are more standardized under new Virginia sentencing guidelines that become law on July 1.

In a measure that is being viewed warily by some prosecutors but as a fair adjustment by defense attorneys, Virginia judges will have more latitude in how they sentence a defendant if the offender meets one of the criteria that could result in a reduction in prison time.

“Lowering the guidelines for acceptance of responsibility benefits those defendants who are willing to acknowledge their crimes by reducing recommended guidelines and giving judges a potentially much lower starting point for sentences,” said veteran defense attorney Greg Sheldon. “I have represented many defendants who are concerned about an ‘open plea’ — one with no guarantee of sentence.”

“Many times we were left trying to convince a judge to deviate significantly below the low end of the guidelines, based upon the specific facts of each case,” he added. “This will make it easier for courts to consider a ‘guideline sentence’ — one they don’t have to justify — while continuing to focus on the underlying issues, which is most typically related to mental health or substance abuse.”

“The purpose of the guidelines has traditionally been to avoid sentences that are arbitrarily low or too high,” he said. “The commission has now replaced that fairly predictable sentencing structure with one that has the potential to sentence an offender based on how good of an actor he or she is. That makes for a completely arbitrary and unfair system.”

“Victims these days don’t really trust the system,” Cerullo said. “They are expecting the offender will get a slap on the wrist. So now as a prosecutor, when they ask me how much time does this guy get, I have to say, well, that depends on if they’re sorry for what they did? What do you think that will do to the victim’s faith in the system?”

If a judge determines that a defendant provided substantial assistance in the apprehension or prosecution of others, accepted meaningful responsibility for the offense, or offered a sincere expression of remorse, the judge can check a box on the offender’s sentencing guidelines report. That will automatically drop the lower end of a defendant’s recommended sentence to zero — meaning no prison time — in cases where the lower end of punishment would otherwise have been three years of incarceration or less.

The midpoint and high end of the sentencing guidelines range would remain unchanged.

If the low end of a defendant’s recommended sentence was calculated at three or more years in prison, the low end of the guidelines range would be reduced by 50%.

Sentencing guidelines were established in Virginia in 1994 to promote fairness and consistency in sentencing. Based on a defendant’s individual case and background, guidelines for minimum and maximum sentences are calculated to provide guidance to a judge. Judges have discretion in following the guidelines but must explain themselves in writing when they make a departure.

The 1,428 cases represented 1% to 2% of all cases in Virginia during the study period of fiscal years 2016-2020, but accounted for about 13% of all cases in which judges departed below the guidelines.

“That means in at least 1 out of every 10 downward departures, judges cited substantial assistance, acceptance of responsibility or expression of remorse,” said Meredith Farrar-Owens, the sentencing commission’s director. “That is a significant proportion of the departures below the guidelines.”

“When the commission recommends changes to the guidelines, it’s based on analysis of the data,” she said. “So it’s not subjective, it’s not opinion. The guidelines are meant to be descriptive and provide judges with a benchmark of the typical average case outcome — given the charges that result in convictions and details of the offense.”

By law, when judges sentence a defendant outside of the guidelines, they must provide a written explanation for the departure. “So we get a lot of really rich information from the judges, explaining why they departed,” Farrar-Owens said. “And that kind of points us into some areas where we can do some additional analysis and perhaps refine the guidelines — which is what we did here.”

One of the cases reviewed by the commission that illustrates the type of circumstances that would apply involved a 21-year-old Virginia Commonwealth University student who was charged in 2019 with robbing another student who was illegally selling Xanax.

The guidelines calculated for the young man called for an active prison sentence of between two years and six months and five years and four months.

But the judge departed downwards, citing these reasons on the defendant’s guidelines sheet: He didn’t have a weapon, he tried to stop a co-defendant from stealing additional property from the victim, he confessed to the crime, and he waived his preliminary hearing and assisted the commonwealth’s attorney in prosecuting the co-defendant, court records show.

Farrar-Owens noted there has been confusion among some attorneys who are familiar with the federal sentencing guideline system, who mistakenly believe the new Virginia guidelines will work much like the federal ones.

“In the federal system, pretty much everybody who pleads guilty gets a reduction for accepting responsibility,” she noted. “That’s not how [the new state guidelines] are supposed to work.”

The new guidelines will become law without legislation. Any new guidelines recommended by the Sentencing Commission are submitted to the General Assembly for its consideration. But if no bills are introduced to change or reject the measures, they automatically become law.

Sheldon, who has been a defense attorney for 22 years, said he recently postponed one of his clients’ cases, who is charged with malicious wounding, in large part due to the change in the guidelines that go into effect July 1.

“My client’s guidelines in that case were two years and nine months [at the low end] to 6 years and three months [at the high end],” he noted. “On July 1, the low end will be zero. That client confessed, waived a preliminary hearing and pleaded guilty. He has expressed great remorse — and the guidelines should absolutely reflect that.”

Cerullo said questions remain about how the new guidelines will work in practice.

“The new guidelines say they basically zero out the guidelines if the maximum [sentence] is three years or less, if the offender shows remorse or takes responsibility for his crimes,” the prosecutor said. “However, so far we have been given no information on what that means. If an offender is looking at one year and comes in and says, ‘Judge, I’m sorry,’ that one year goes to zero.”

“That’s crazy. How is a judge supposed to know if an offender is truly remorseful and what does ‘remorseful’ mean in the first place? Offender A cries like a baby and offender B merely says I’m sorry. Is that the same? Do they both get zeroed out? Also, what about the offender who is not remorseful at all? He comes to court and tells the judge he is not sorry. How come the guidelines don’t increase for lack of remorse?”

Farrar-Owens said the commission has received both positive and negative feedback about the new guidelines, and that’s to be expected with any change. “Certainly if there’s concerns we would want to hear from those folks. We want this to work as smoothly as possible.”

For the most part, though, Virginia’s judges have been providing favorable feedback, she said.

“This is really something a judge has to determine at sentencing,” Farrar-Owens said. “A prosecutor can make recommendations and communicate that to the judge. But it’s really up to the judge.”

Watch Now: What does Lake Mead’s drought mean for the West?

A school bus driver for Bedford County Public Schools has been charged with driving under the influence.

Isiah Brown was holding a cordless telephone that the deputy apparently mistook for a gun.

LEESBURG — Fredericksburg resident Katie Orndoff was in court to testify at the domestic assault trial of her boyfriend, who was accused of pu…

According to court records, the fight at Heritage High School lasted only a few seconds, but the video footage shows a 15-year-old dropping his backpack, pulling a gun from his waistband and firing multiple times at a 17-year-old student. 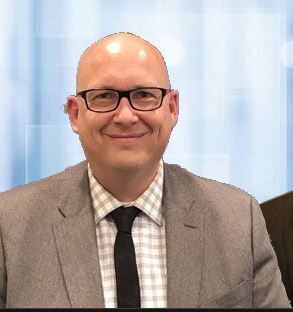 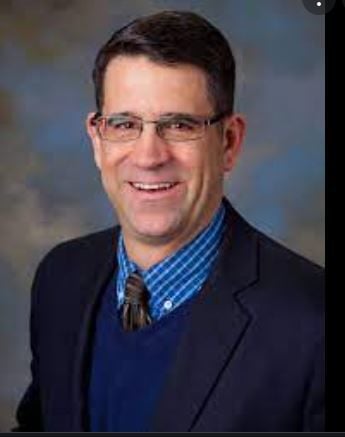