An attempted holdup at a Pulaski County gas station was interrupted by a “brave Samaritan” who inflicted life-threatening injuries on the suspect despite being pistol-whipped by the would-be robber, county Commonwealth’s Attorney Justin Griffith said Thursday.

Griffith issued a news release late Thursday afternoon praising the man who broke up the alleged armed robbery earlier this week. Griffith said the man would not be charged for confronting the suspect, who he named as David Lee Simpkins, 58, of New Castle.

Simpkins was charged with armed robbery and was hospitalized with serious injuries, Griffith said.

“He may not survive his cowardly decision to rob a store in Pulaski County,” Griffith wrote in his news release.

Reached by telephone, Griffith would not say exactly how Simpkins was hurt.

The prosecutor also would not identify the man who Griffith said inflicted the wounds, except to say that he thought he was a Pulaski County resident. Similarly, Griffith would not give the name or location of the gas station where he said the robbery occurred.

According to Griffith, Simpkins entered the gas station Monday wearing a wig and a mask. He pointed a pistol at the clerk and asked for money from the register. Simpkins is listed on the Virginia sex offender’s registry for felony convictions from 30 years ago in Botetourt and Rockbridge counties, Griffith noted.

The man who Griffith said stopped the robbery entered the store at some point during the incident.

“God blessed Pulaski County in that moment with a brave Samaritan who chose not to let the wicked flee. … He is yet another example of how Pulaski County is united and strong,” Griffith wrote.

Griffith said Simpkins was arrested in a cooperative effort by the county sheriff’s office and the U.S. Marshal’s Service.

“The victim did have the portion of his ear in his pocket.”

A woman who used her job as a Fredericksburg police dispatcher to feed information to suspected criminals was ordered Wednesday to serve nearly two years in prison.

GALAX, Va. (AP) — A man accused of fatally stabbing a woman and wounding her son in a “brutal” attack inside their North Carolina home has bee… 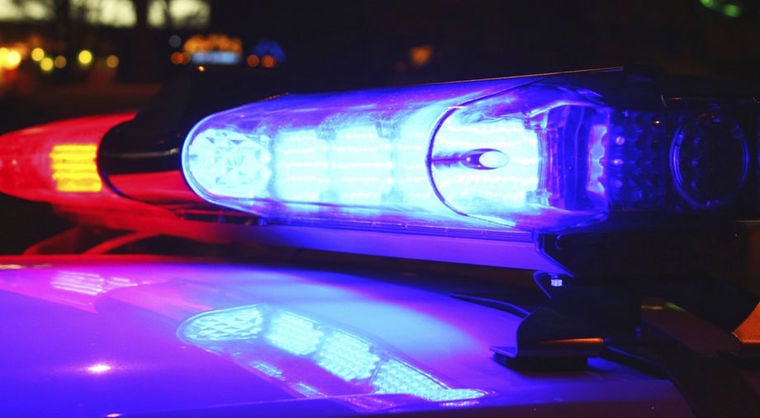