The way Thomas “T.J.” Robertson tells it, the only thing he did inside the U.S. Capitol on Jan. 6 was pose for a photograph while other supporters of then-President Donald Trump ran amok.

“Mr. Robertson, like many other defendants, had no direct bearing on what others in various parts of the crowd ... were doing,” his attorney wrote in a motion filed earlier this month that seeks dismissal of a felony charge against him.

Federal prosecutors have cited various comments from the former sergeant with the Rocky Mount Police Department, made before and after the insurrection, that they say show he was an active participant in an effort to obstruct Congress as it met to certify the results of a Nov. 2, 2020, election won by President Joe Biden.

But his words, defense attorney Mark Rollins wrote in the motion filed in Washington D.C.’s federal court, should be protected by the First Amendment.

“The opinions allegedly expressed by Mr. Robertson were just speech, and no matter how unpopular, they cannot be considered ‘criminal conduct’ punishable by the government,” the motion states.

In response, Assistant U.S. Attorney Elizabeth Aloi argued that Robertson is being prosecuted not for what he said, but what he did.

“That his own statements about his conduct will serve as evidence of his intent to commit this crime does not render the prosecution in violation of the First Amendment,” she wrote in court filings.

U.S. District Judge Christopher Cooper said in an order filed Friday that he will rule on all pre-trial motions by March 29. An April 4 trial has been scheduled for Robertson and Jacob Fracker, a fellow police officer who accompanied him inside the Capitol while the riots were underway.

Roberson and Fracker, who were off-duty at the time, were fired from their police jobs shortly after the disclosure of a selfie photograph taken of them standing in front of a Revolutionary War hero’s statue in the building’s Crypt.

Robertson’s motion to dismiss the felony count contends that it is unconstitutionally vague as applied to his actions. He also argues that the indictment fails to specify what proceeding he is charged with obstructing, and that the Jan. 6 electoral count by Congress is not an official action covered by the law.

Yet there seems to be little vagueness about how Robertson, an Army veteran, felt about the presidential election.

“A legitimate republic stands on 4 boxes,” he wrote Nov. 7, 2020, on Facebook, prosecutors say. “The soapbox, the ballot box, the jury box and then the cartridge box.”

“We just moved to step 3. Step 4 will not be pretty,” the post continued. “I cannot speak for others, but being disenfranchised by fraud is my hard line. I’ve spent most of my adult life fighting a counter insurgency. I’m about to become part of one, and a very effective one.”

Other online comments suggest that Robertson ardently believed Trump’s claim that the election was stolen. There has been no evidence of the widespread voter fraud Trump decried in urging a large crowd to “fight like hell” shortly before the Capitol was stormed.

More than 700 people, including two others from Western Virginia, have been charged with taking part in the insurrection.

Robertson was allowed to remain free on a personal recognizance bond following his arrest in January. He continued to air heated online rhetoric, writing that “we actually attacked the government who is the problem,” according to court records.

In July, Robertson was charged with violating the conditions of his bond after a search of his Ferrum home found what prosecutors call an “assault-style rifle,” a cache of ammunition and a partially assembled pipe bomb. In the months after Jan. 6, Robertson had placed online orders for “an arsenal” of more than 40 firearms, according to a motion to have his bond revoked.

The 48-year-old had been ordered not to possess or transport any guns as a condition for staying free pending trial. He has been held in the Central Virginia Regional Jail in Orange since early August.

About 710 people from around the country have been arrested on charges of taking part in the insurrection. Some are charged with forced entry and assaulting police officers. Others are accused of obstructing Congress by their mere presence in the Capitol at such a turbulent time.

As of Dec. 6, 145 defendants have pleaded guilty, according to a summary by the U.S. Attorney’s Office for the District of Columbia. Judges have imposed sentences for 45 of them, 19 of which involved incarceration.

The toughest punishment to date was imposed last week, when a rioter was sentenced to more than five years in prison for attacking police officers as they tried to hold back the angry mob.

In his motion to dismiss Robertson’s charge, his attorney noted that participants have been convicted for a wide variety of actions under the same law, which he cited as evidence that the felony charge was too vague.

Aloi responded that any inconsistencies are taken into consideration at sentencing.

“None of the Capital breach defendants are the same,” she wrote.

Thomas "T.J." Robertson will face a jury Monday on charges of participating in the insurrection.

US House votes to hold Meadows in contempt

2 Wisconsin men who entered US Capitol during Jan. 6 riot sentenced to probation

A federal judge said the contrition both have shown and their cooperation with investigators kept them out of jail.

Illinois brothers plead guilty to charges in US Capitol attack

Two Illinois brothers pleaded guilty Monday to federal charges for their participation in the Jan. 6 insurrection at the U.S. Capitol.

N.C. woman convicted in Jan. 6 insurrection brought her child to the Capitol with her, prosecutors allege

A Pilot Mountain woman convicted of illegally entering the U.S. Capitol on Jan. 6, also brought her 14-year-old child to the riot and took the child into the building, federal prosecutors said in court papers filed Thursday.

CEO who threw chair inside Capitol on Jan. 6 gets jail time

In another sentencing on Friday, a Montana man who brought his 10-year-old son to Washington for Donald Trump's "Stop the Steal" rally was given 60 days in prison for joining the mob that stormed the Capitol.

Thomas Robertson, who is currently in custody, should be held without bond pending his trial after making troubling statements and possessing guns after he was charged with entering the Capitol, prosecutors say.

A former Rocky Mount police officer will remain in jail until his trial on charges of entering the U.S. Capitol as it was being overrun by supporters of former President Donald Trump.

The evidence will be made available to defendants, including two former Rocky Mount police officers who say they acted peacefully.

These are the Most Popular U.S. Cities to Move To

These are the Most Popular U.S. Cities to Move To 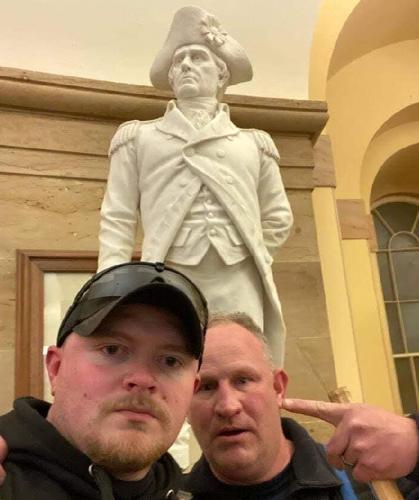 A photo of Jacob Fracker, left, and Thomas “T.J.” Robertson inside the U.S. Capitol on Jan. 6 that was part of a complaint filed against them in federal court. 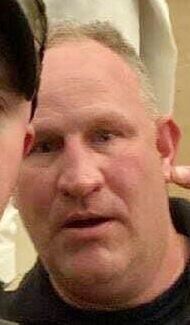