Getting to Virginia Tech football stadium seats proves dangerous for some students; changes planned
0 Comments
Share this
1 of 7 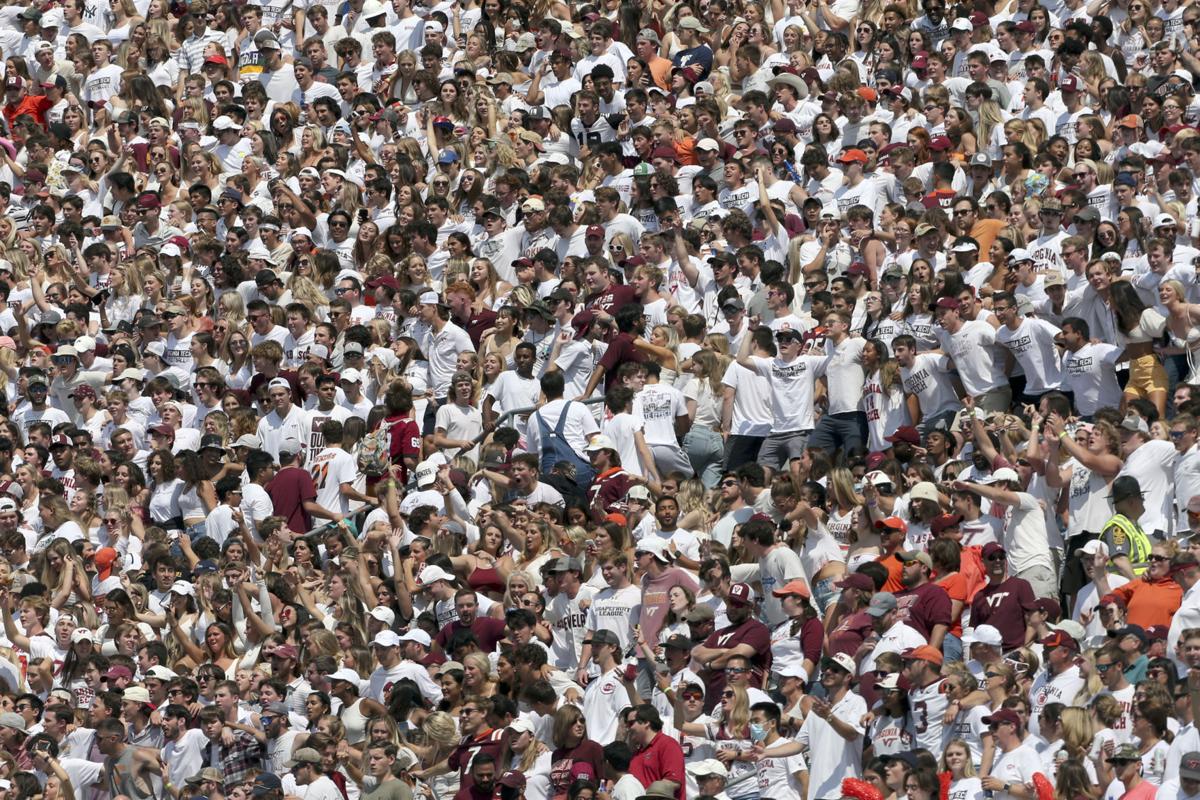 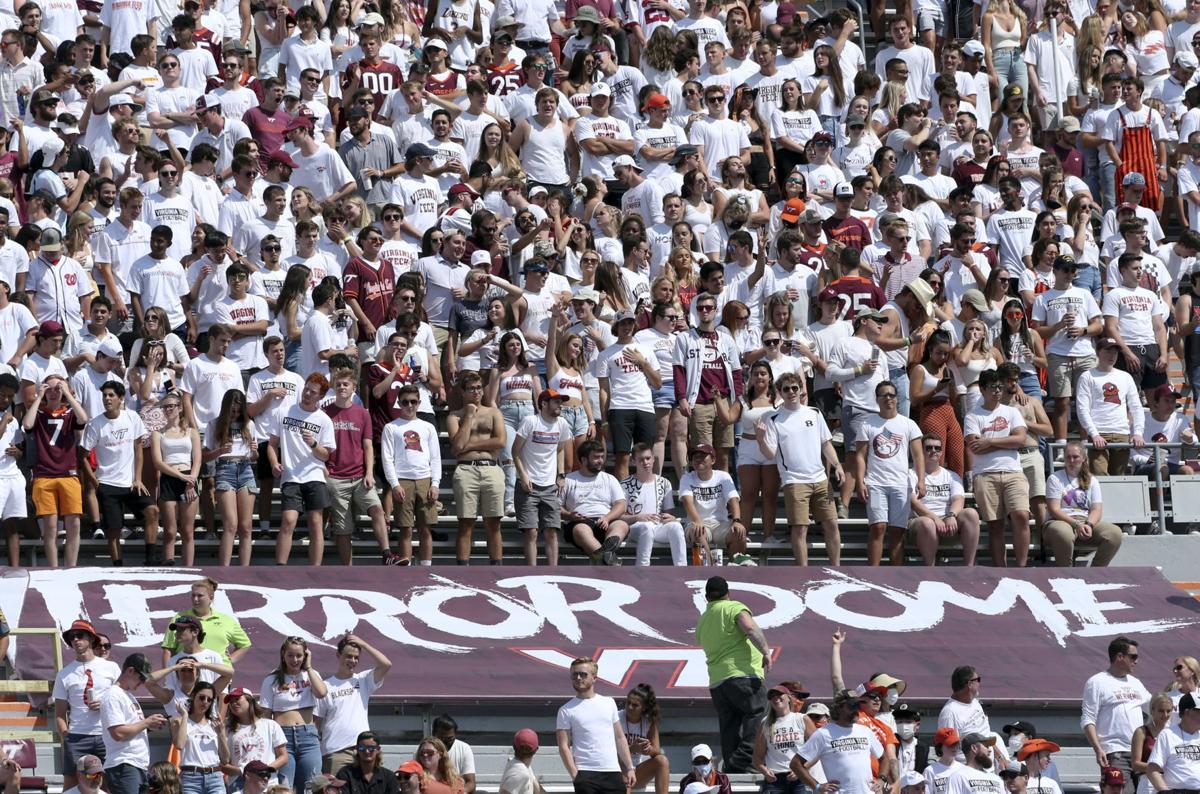 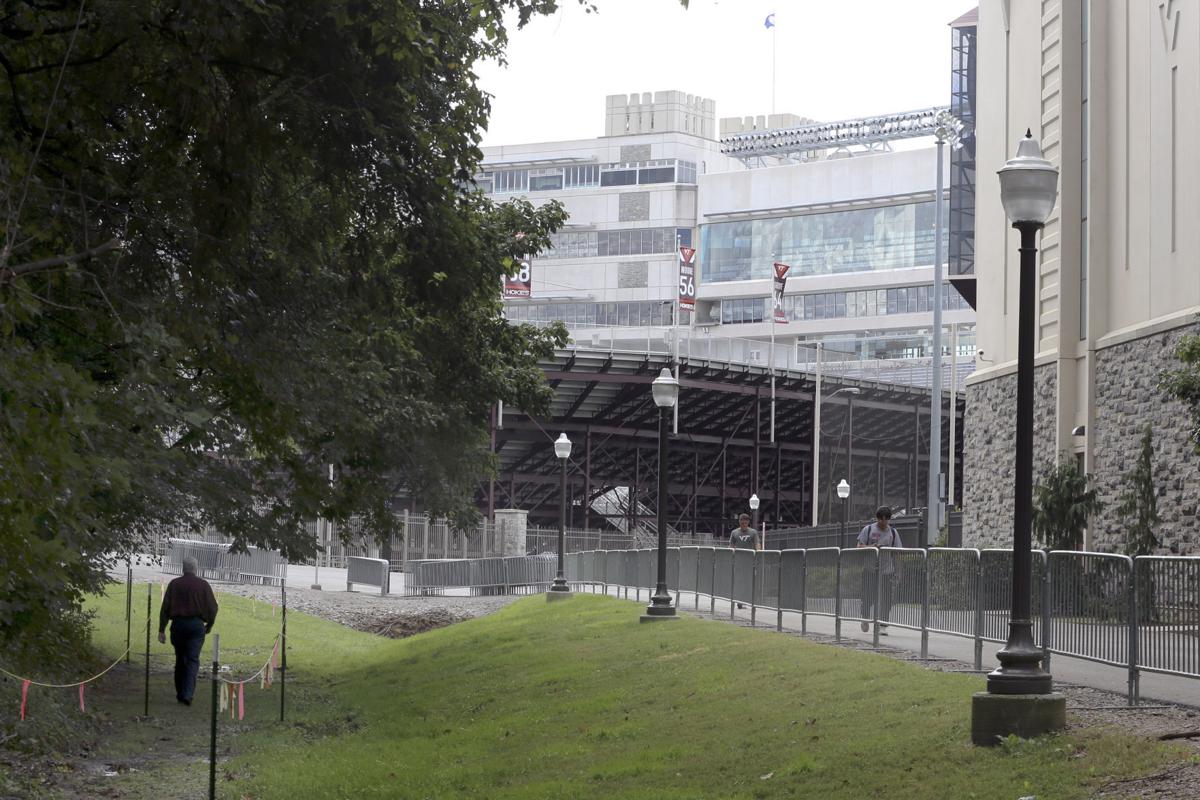 Crowd control fencing has been installed leading to the student entrances of Lane Stadium since the last Virginia Tech home football game Sept. 25. 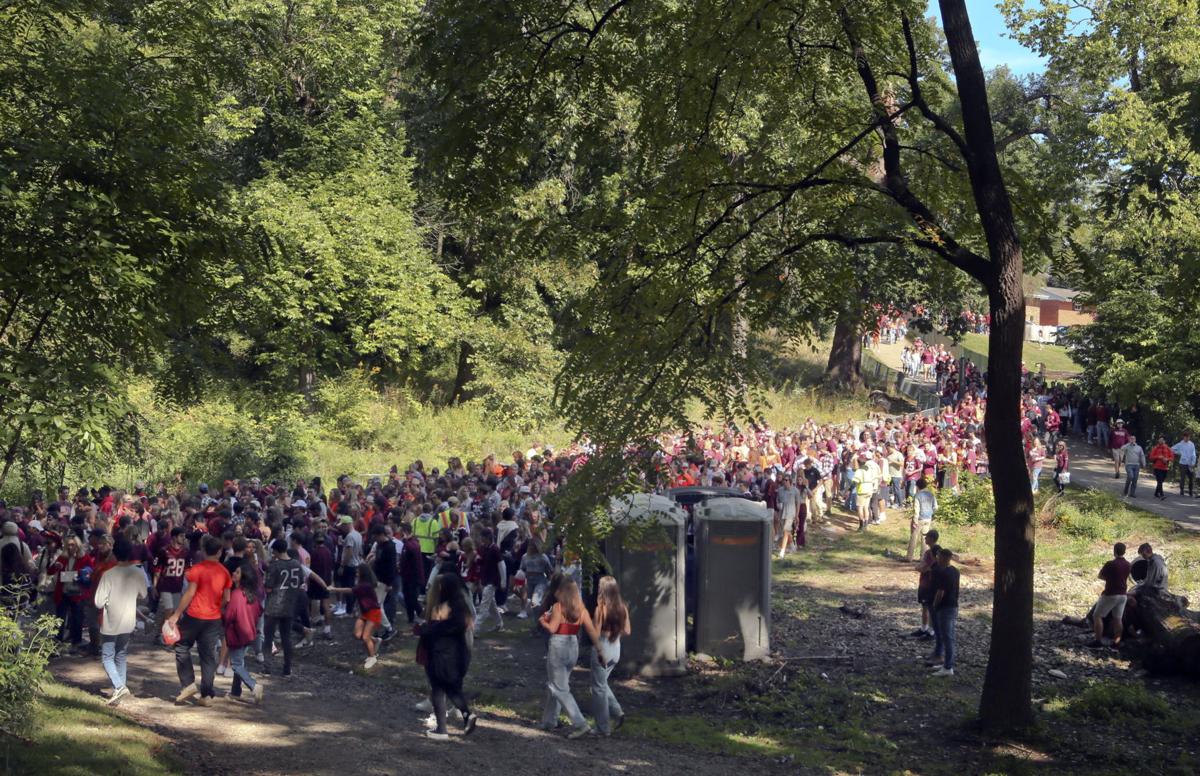 Football fans headed toward Lane Stadium through Stadium Woods about 45 minutes before the start of the Richmond-Virginia Tech football game Sept. 25. 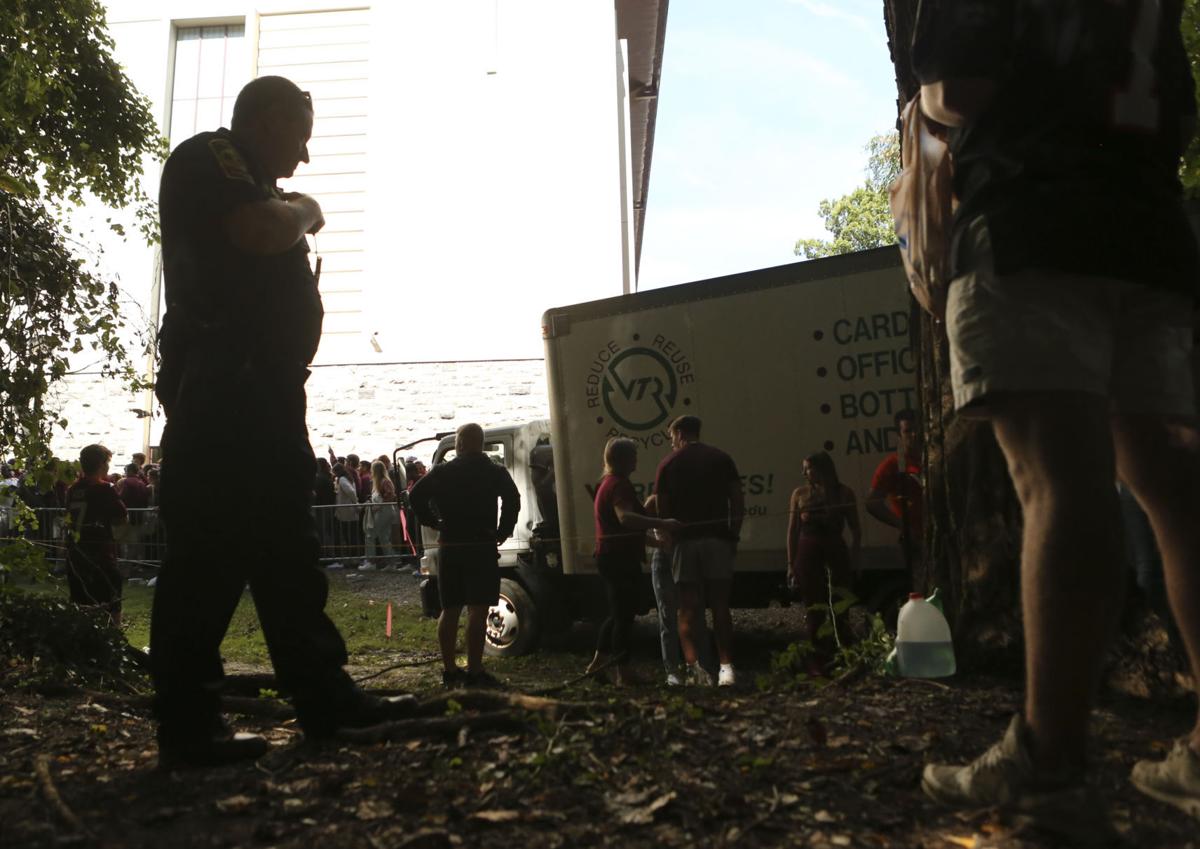 Virginia Tech Police Chief William Babb looks on as fans head toward Lane Stadium about 25 minutes prior to the start of the Richmond-Virginia Tech football game. 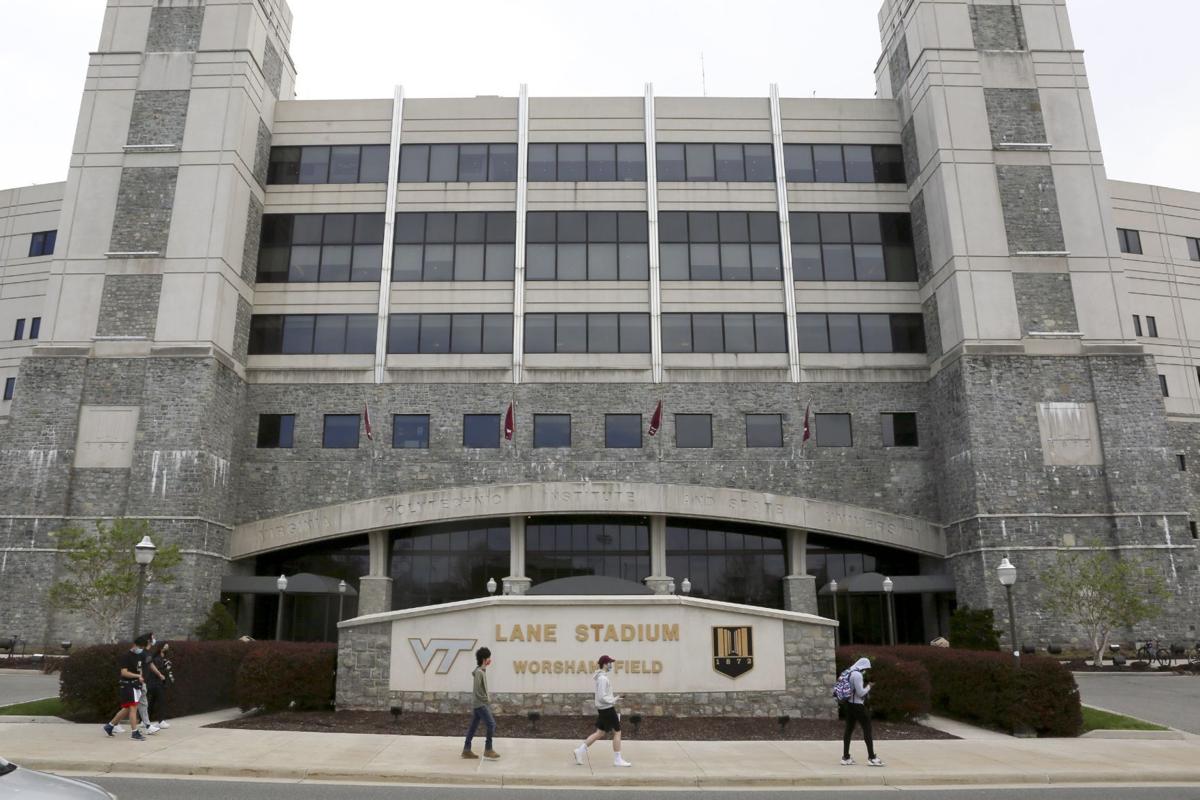 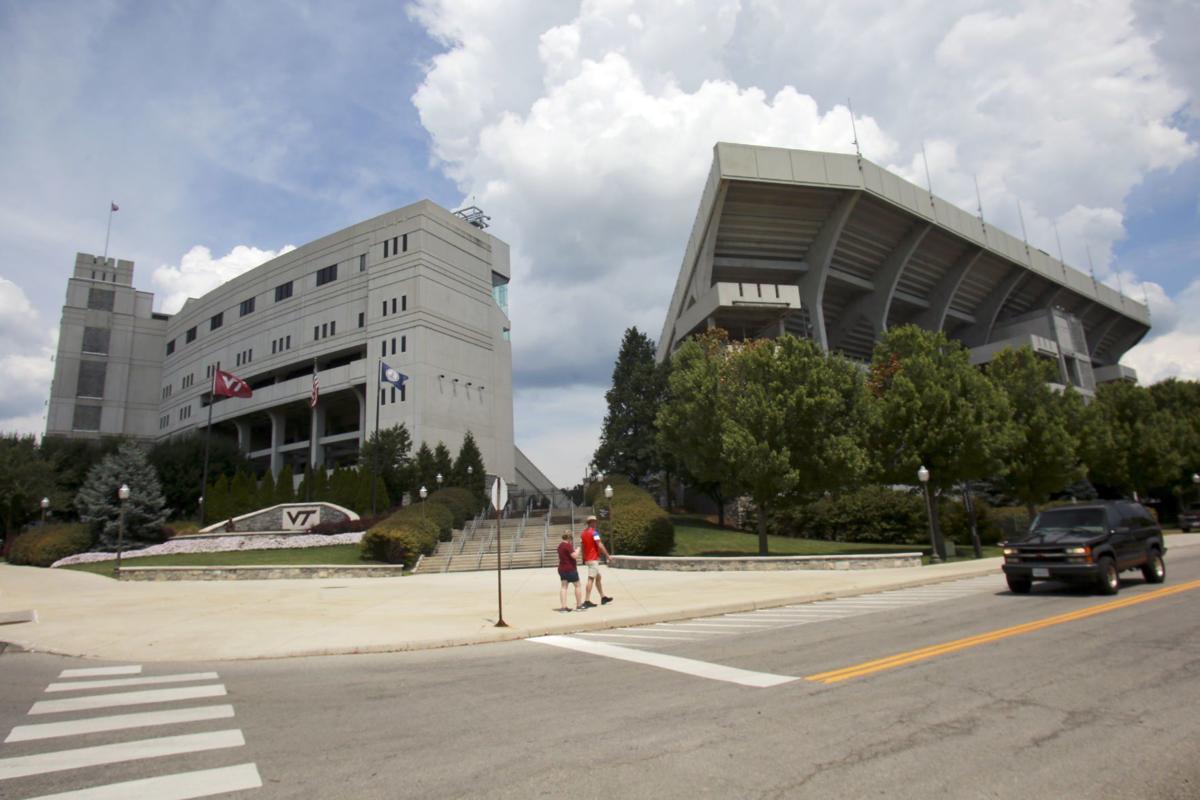 By Mark Berman The Roanoke Times

ROANOKE — Some Virginia Tech students are hoping they will have a better experience at Lane Stadium on Saturday than they had there last weekend — and it has nothing to do with how the Hokies perform on the football field.

Getting to their seats proved hazardous for some at last weekend’s game against Notre Dame. Virginia Tech officials emailed students Thursday about changes for Saturday’s game against Pittsburgh, and also criticized students’ behavior.

Congestion as students tried to enter the stadium at the student-only gate was the first problem.

“There was a big push in the crowd and my friend and I were both pinned up against the metal fencing,” Tech junior Abigail Cox said Friday in a phone interview. “It was a very scary experience because when you’re funneled into that entrance … you cannot get out.

“This football season has really been a shock to me. It seems like there is a lack of concern for student safety.”

Once students got into the stadium, overcrowding caused some of them to be crammed inside the concrete, tunnel-like passageways that get them from the concourses to their sections of the east stands.

“Some people in the back start pushing a little bit and … the people in the middle are just getting completely squished. I saw a girl in front of me, she passed out,” said John Blake, a Tech senior from Roanoke. “It was honestly scary. … It was hard to breathe.

“Tech … really mismanaged their game-day procedures and allowed this to happen.”

While never specifically mentioning the congestion problems or apologizing for any harm that students suffered, the message does outline plans for the rest of the season.

Tech will restrict student attendance to season ticket holders and a more limited number of student lottery winners, although Tech does not specify how many fewer students will be admitted.

Virginia Tech also wants students to “follow all new guidance for gate entry,” although it does not explain what the new guidance is.

The university declined to make Babcock available for an interview to elaborate on the letter. Shushok declined to be interviewed.

When someone on Twitter asked Thursday what the new guidance was, the university tweeted that students should “follow the instructions of ushers and law enforcement.”

The letter also warned that students “entering the game illegally or who violate line protocols” will be referred to Tech’s office of student conduct.

The message said the Tech police department “will deploy law enforcement officers and security personnel in Lane Stadium to support a positive and safe fan experience.”

Babb declined to comment on whether there will be a bigger police presence at Lane than usual on Saturday.

Last month, Tech apologized to fans after problems at the season opener. Fans dealt with long lines inside and outside the stadium. Once fans finally got to their seats, some found Tech students sitting in sections that were reserved for the general public.

That game, against North Carolina, drew a sellout crowd. It marked the first time since the 2019 season that most Hokies fans could attend a Tech game at the stadium. Attendance was restricted last year because of the COVID-19 pandemic.

In its apology, Virginia Tech cited a staffing shortage.

Students used to be able to enter the stadium from any gate. But this season, Tech turned Gate 7 (behind the football practice facility) into a students-only gate.

“Everybody’s coming in from tailgating from Center Street, because the student entrance is right next to it, so it gets really, really crowded trying to walk in,” said Tech senior Isaac Riddle, who is from suburban Richmond. “I saw [last weekend] police helping people get over the gate to get through because of how many people were stuck there. You couldn’t walk or move.”

“The police department usually asks everyone to leave Center Street at the same time, so thousands of students are … going into one entrance … of the stadium at the same exact time,” Cox said. “There’s a zigzag of fences … three to four high fences. People can’t see the fences … until you’re 3 or 4 feet in front of them, and then you get pushed into them.”

Cox said she and her friend could not move when they were pinned against a fence last weekend.

“My friend … lost consciousness,” Cox said. “When I was reunited with her, we were both unpinned, she was hunched over, grabbing her ribs.

“She ended up going to the doctor the next day. She has suffered cartilage and muscle damage around her ribs.”

A lack of staff has been an issue at Tech games this season. Students said stadium personnel do not always check tickets at the gate, resulting in overcrowding issues in the passageways to the stands and in the stands themselves.

“The ticket people, it almost looked like there wasn’t even enough of them there,” Blake said. “So when all these students came coming in from Center Street, the ticket people got completely overwhelmed. Some people just walked right in. They were scanning people sometimes and you would get the ‘X’ on the scan that it was either a fake ticket or an old ticket but they just let them in because they were getting so overwhelmed. … There’s too many people in [Lane] because they were letting a bunch of people in who didn’t have tickets.”

“By the time that I got in, I think they were just letting people in at that point, there were so many people,” Riddle said. “They weren’t really checking tickets.”

Cox wrote about her problems trying to enter the stadium in a petition she posted Sunday on the Change.org website, asking Tech to allow students to enter from more than one gate, among other requests. More than 500 students had signed the petition as of Friday.

For some students, an even bigger problem last weekend was congestion inside the tunnel-like portals to the east stands.

The first 5,000 students who arrive at Tech games sit in the north end-zone stands, but the rest take a ramp at Gate 7 that sends them to certain sections in the east stands.

“Once we got up there … the section gates, you could try to get into them, but it’s almost like a standstill,” Blake said. “As you kind of move in, it gets more and more crowded and packed because the stairs that you would use to go up into the stands, those were completely congested up, clogged up because there’s almost not enough seats in the student section.”

Blake said he got jostled while stuck in the passageway.

“A couple people passed out because they were getting crushed,” Blake said. “I was holding on to my friend so we didn’t get separated, but I had to let go because it felt my arm was about to break because it was getting bent so bad.”

Riddle said he was stuck in the portal for 15-20 minutes.

“It was like wall-to-wall people,” Riddle said. “That was probably the closest I’ve been to a panic attack, just with so many people. You can’t really move.

“A lot of the smaller girls I saw were really getting shoved and pushed.

“As we started to get closer to where you could get to the seats, I saw people … trying to [go] up the wall and grab the railing to get over.

“I did see a lot of people getting sick. … People were fainting.”

The Tech officials’ letter Thursday asked students to immediately move to their seats in the east stands “to allow for all fans to take their seats safely and quickly.”

“Over the last several weeks, we have heard too many stories of selfish, inappropriate and embarrassing student behavior at home football games,” the letter stated.

The letter does not spell out what type of behavior the officials were referring to.

Blake said he thinks the officials might be referring to students throwing bottles. “There were students throwing cans and beers down [to lower portions of the stands],” Blake said. “When you’re throwing these metal beer cans and little airplane bottles [of alcohol that are smuggled in], that gets real dangerous.”

Jeron Gouveia-Winslow, the Tech football team’s assistant director of player personnel, tweeted Thursday that the top of the student section in the east stands needs to be monitored. He tweeted that he saw “several cups full of liquid being thrown into fans below” at last weekend’s game.

Wingsuit daredevil flies in and out of active volcano

Wingsuit daredevil flies in and out of active volcano

Lines to enter Lane Stadium and the lines at concession stands were not as long Saturday as they were for the opener.

Fans excited, nervous to be back at Lane Stadium

Fans tailgated outside Lane for the first time since 2019.

A group continues to advocate for Stadium Woods amid the immensely popular student tailgate known as Center Street.

Crowd control fencing has been installed leading to the student entrances of Lane Stadium since the last Virginia Tech home football game Sept. 25.

Football fans headed toward Lane Stadium through Stadium Woods about 45 minutes before the start of the Richmond-Virginia Tech football game Sept. 25.

Virginia Tech Police Chief William Babb looks on as fans head toward Lane Stadium about 25 minutes prior to the start of the Richmond-Virginia Tech football game.