A law that bans masks will be back in effect in July. Civil rights advocates say conflicting guidance could lead to dangerous interactions with police.
0 Comments
Share this
1 of 3 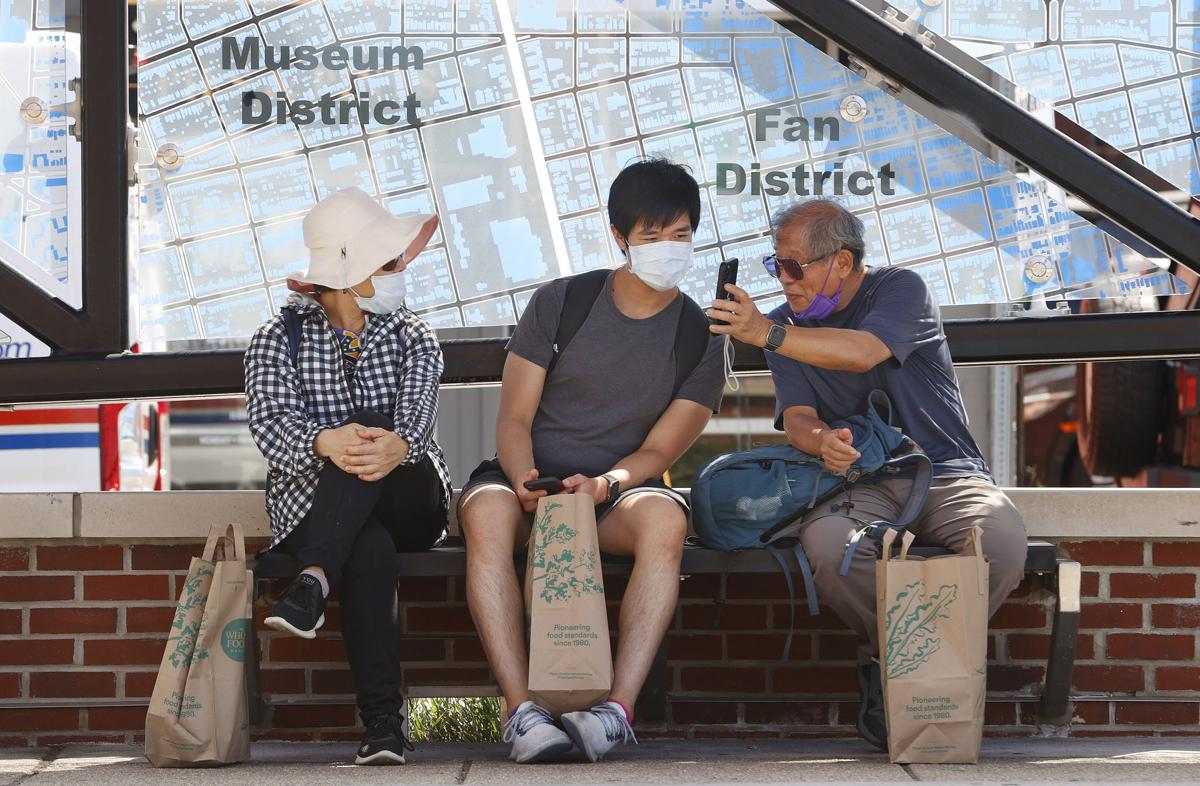 People wearing masks waited for a ride on the Pulse bus at the Allison Street stop on West Broad Street on Wednesday. 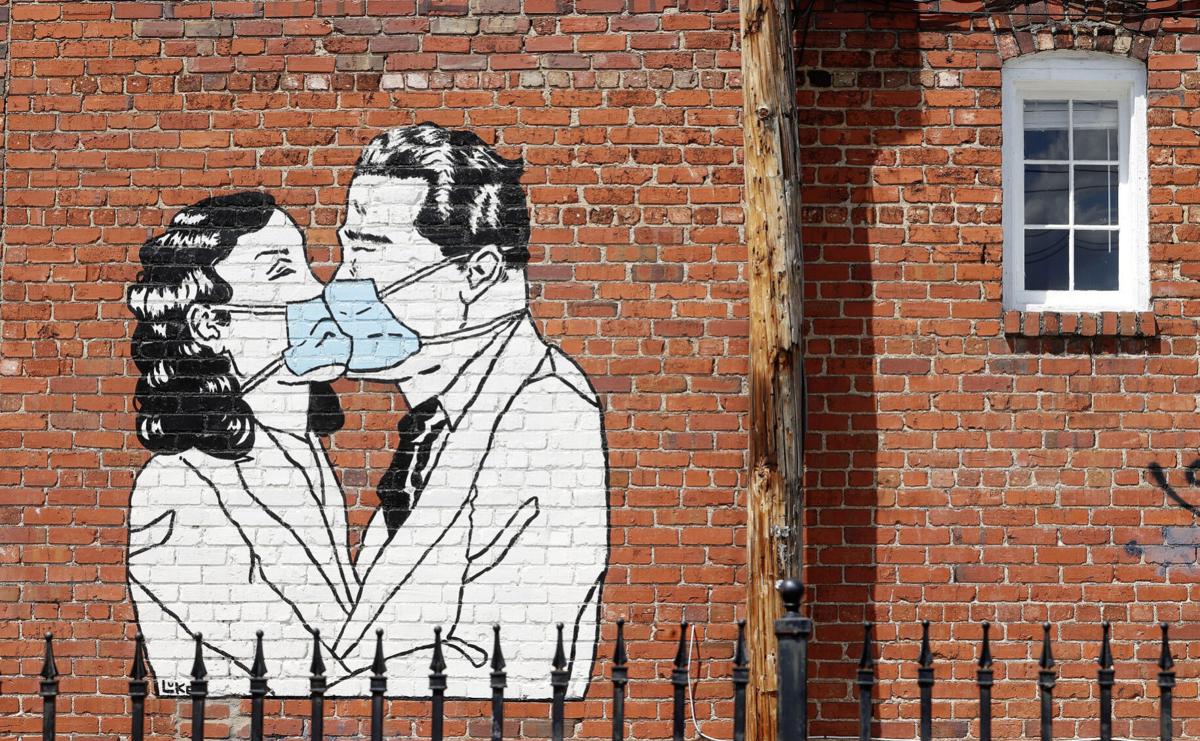 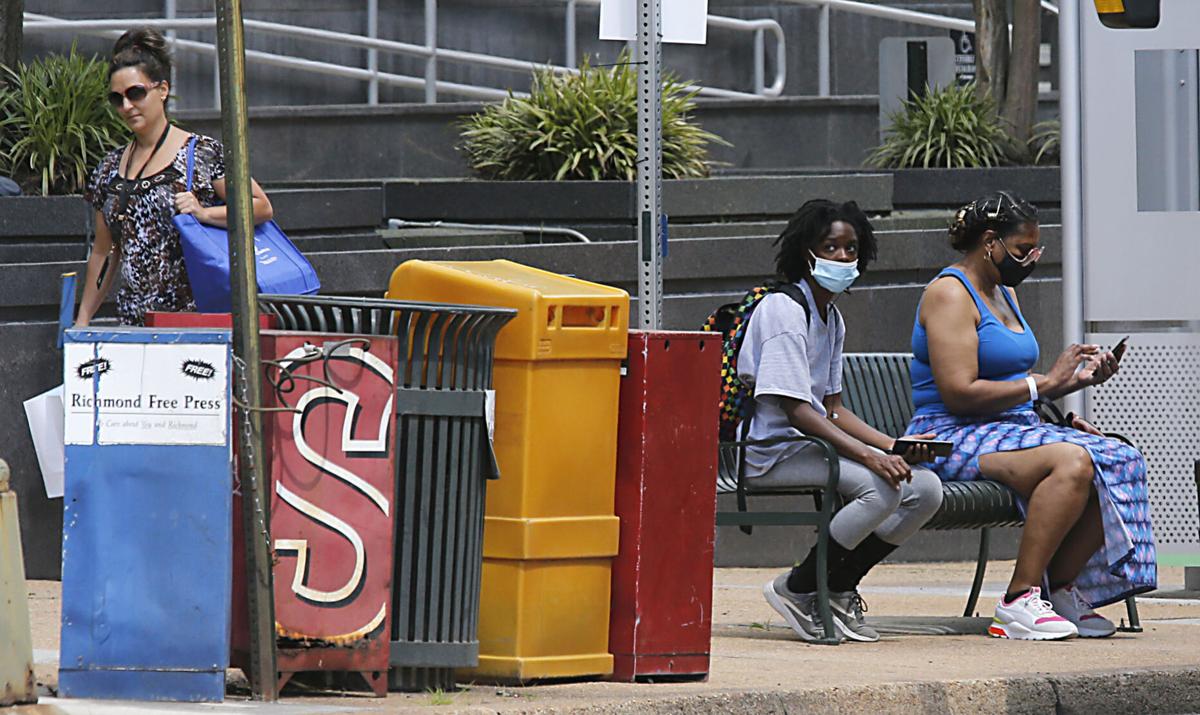 Two people wearing masks wait for a bus while a maskless woman walks past at the corner of Ninth and Broad streets in Richmond. A state law banning masks will be back in full effect starting July.

By the end of the month, Virginia will no longer be under a state of emergency due to COVID-19, and as a result, a state law banning masks will go back into full effect.

Gov. Ralph Northam’s administration says it is still encouraging unvaccinated Virginians to wear masks — relying on informal statements from law enforcement officials that people wearing masks for health reasons won’t be penalized. Northam is also asking lawmakers to take another look at the law when they meet in August.

Civil rights advocates say that, in the meantime, lifting the emergency order creates a conundrum that could place some Virginians at risk of unwarranted interactions with police — particularly in the face of racial disparities in the way that many laws are enforced.

Northam’s decision to lift the state of emergency in Virginia comes as infection rates reach pandemic lows and the number of fully vaccinated adults nears 60%. The impact of the order is mostly bureaucratic, with the exception of certain eviction protections and the mask law.

Virginia is one of more than a dozen states that in the 1950s banned face covering as a way to deter the Ku Klux Klan. The state’s law bans people over the age of 16 from covering their face to conceal their identity, with several exceptions, including during a declared public health emergency.

The law says the mask wearer must intend to “conceal his identity.” The penalty for violating the law is a felony.

Brad Haywood, executive director of Justice Forward Virginia, said determining someone’s intent is a loose and subjective standard, particularly when the consequences are arrest and a felony charge.

“What are the criteria? How do you tell the difference?” Haywood said. “If you see somebody walking down the street, especially with a bandana or a ski mask, how will the police determine if they’re trying to conceal their identity?”

Proving intent could make it difficult for people arrested on the charge to be convicted. But, some civil rights advocates say that any interaction with police, including an arrest, could prove dangerous and disruptive to someone’s life.

Dana Schrad, the director of the Virginia Association of Chiefs of Police, didn’t rule out that people could be charged under the state’s mask law. She said enforcement will be up to the discretion of police officers and their departments, whom she trusts to apply the law fairly given the circumstances of the pandemic.

Princess Blanding, an activist and third-party candidate for governor whose brother, Marcus-David Peters, was fatally shot by a Richmond police officer during a mental health crisis in 2018, said online that “permission to use discretion is permission to discriminate.”

“We know and we continue to see, especially if you’re Black and brown, how that ends,” Blanding said in an interview, calling Northam’s decision “reckless and unnecessary.”

“When you say police can use their discretion, I can see an officer saying, ‘Oh, well, I thought she looked like this’ or ‘I thought she did that.’ Inconsistency and subjectiveness is very dangerous, especially when someone has the power to take your life, incarcerate and brutalize you.”

Northam spokesperson Alena Yarmosky said that Virginians who wear masks for health reasons, and not to conceal their identities, would not run afoul the law. She said clarifying or changing the law to protect against people being unduly arrested or charged is a job for the legislature.

“While the governor is limited in his ability to clarify the code himself, we have been in touch with law enforcement and have made it clear that we expect no Virginians to be penalized for wearing masks due to COVID-19 or other health reasons (law enforcement strongly agrees),” Yarmosky said.

“The quickest way to address any ambiguity in code would be to clarify this code section in the upcoming special session later this summer, and we’re certainly open to working with the General Assembly to do so.”

It’s unclear why lawmakers didn’t address the mask law during this year’s regular session of the General Assembly last winter, when mask wearing was already commonplace in the state.

Del. Lee Carter, D-Manassas, introduced a bill that would have made violation of the law a misdemeanor and a “secondary offense,” meaning someone couldn’t be arrested solely for violating it. Carter’s bill would have also banned masks only when someone was concealing their face in order to harass someone based on their identity, which he said was in line with the original intent of the law.

The bill referred to “an act of intimidation or harassment against another person” motivated by “racial, religious, gender, disability, gender identity, sexual orientation, or ethnic animosity.”

Carter said lawmakers expressed concern that his bill would be challenged in court. “Instead of helping me fix the bill, they killed it,” he said. The bill died in a subcommittee early in the session.

Carter said he became concerned about the mask law after the January 2020 gun-rights rally that drew an estimated crowd of 22,000 in Richmond, when a 21-year-old counterprotester was charged with violating the law for wearing a bandana over the bottom half of her face.

Images of the rally show many gun-rights protesters wearing similar face coverings. The woman who was charged could not be reached to comment for this story.

Carter urged Northam to extend the emergency order until the General Assembly can address the mask law, instead of relying on law enforcement agencies. Carter will join his colleagues in August, but will not return for another term after losing a primary for his seat on June 8.

“I admire that kind of optimism and faith in institutions,” Carter said. “The governor could fix this in 10 seconds by extending the emergency order.”

Robert Reed is a corporate executive, but over the weekend he worked the front desk of one of his company’s hotels in the Richmond area.

Sen. Mark Warner, D-Va., said Friday that he expects the bipartisan infrastructure bill to reach the Senate floor on Monday.

People wearing masks waited for a ride on the Pulse bus at the Allison Street stop on West Broad Street on Wednesday.

Two people wearing masks wait for a bus while a maskless woman walks past at the corner of Ninth and Broad streets in Richmond. A state law banning masks will be back in full effect starting July.