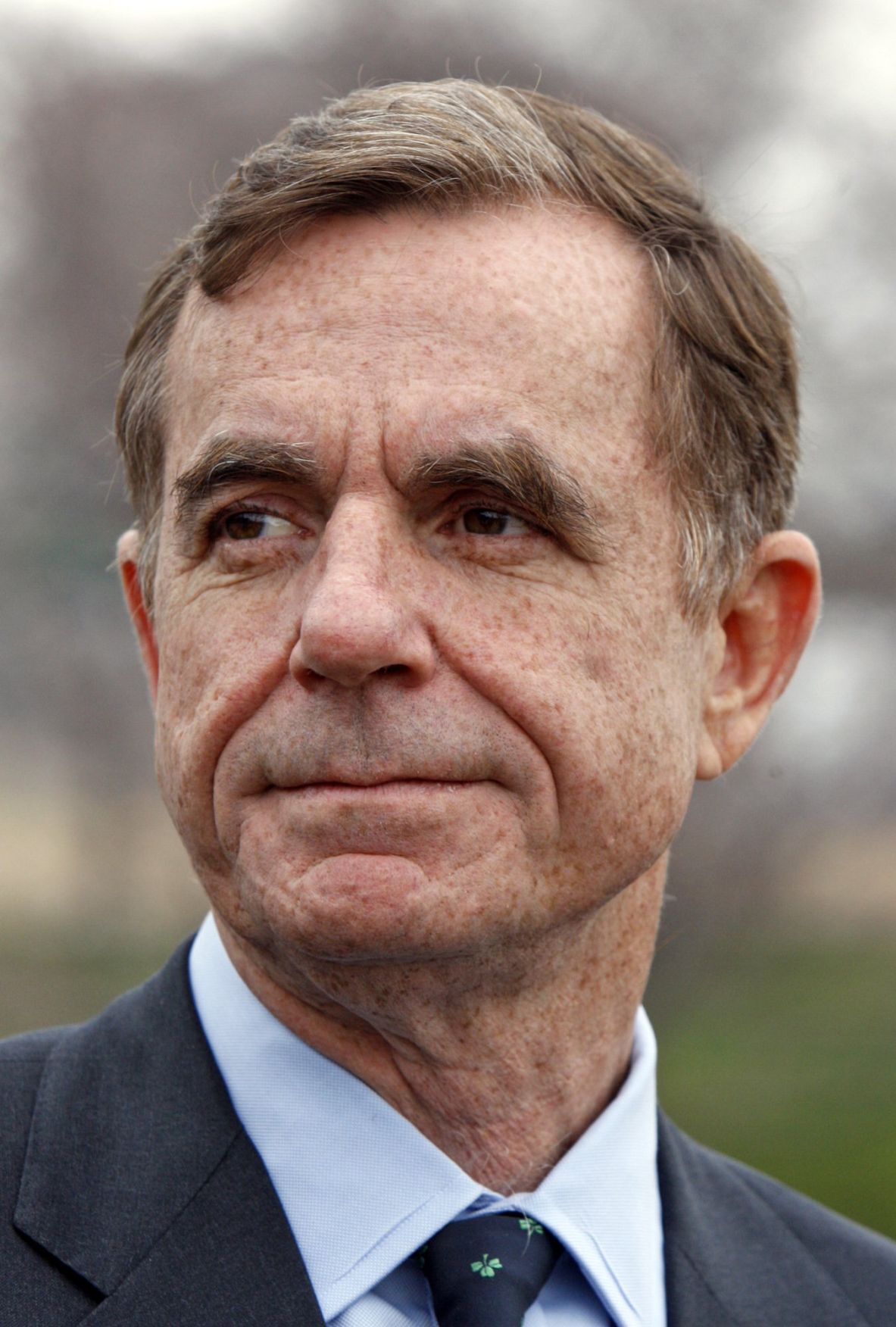 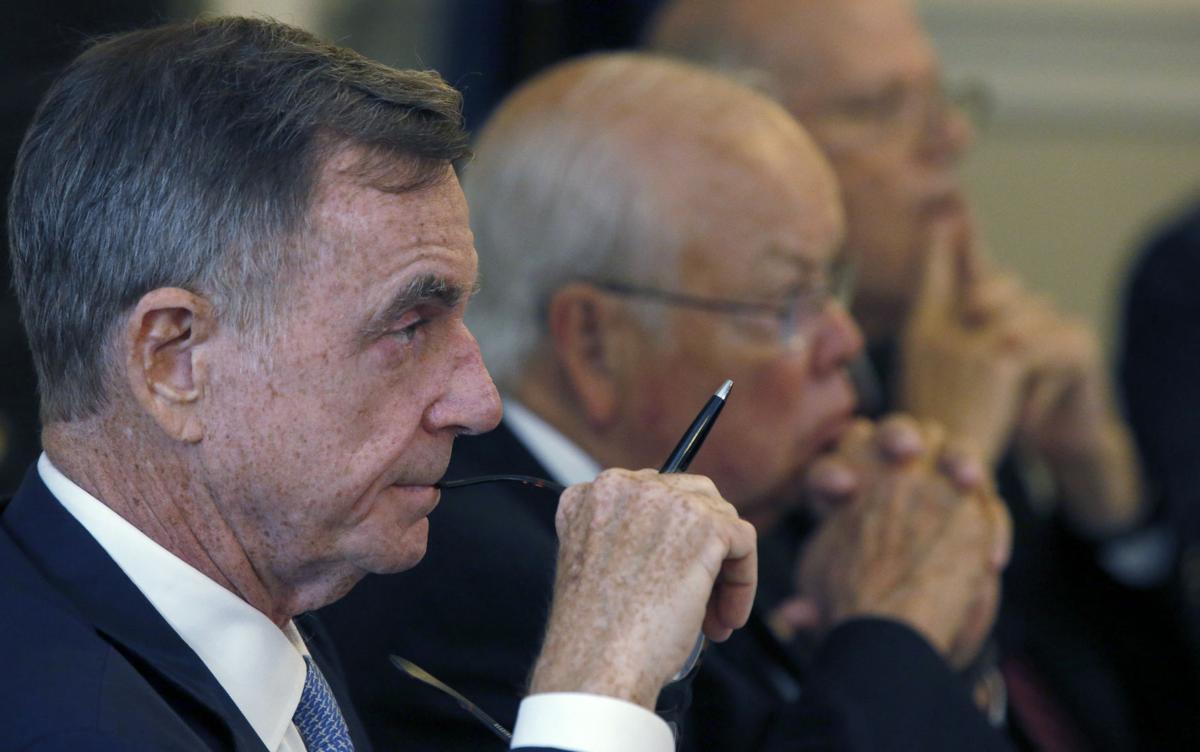 From left: Dominion Energy CEO Tom Farrell, chairman of the GO Virginia board of directors, Ben Davenport, vice chairman, and Sen. Frank Ruff, R-Mecklenburg, listen to testimony during a meeting at the state Capitol on Sept. 10, 2019. 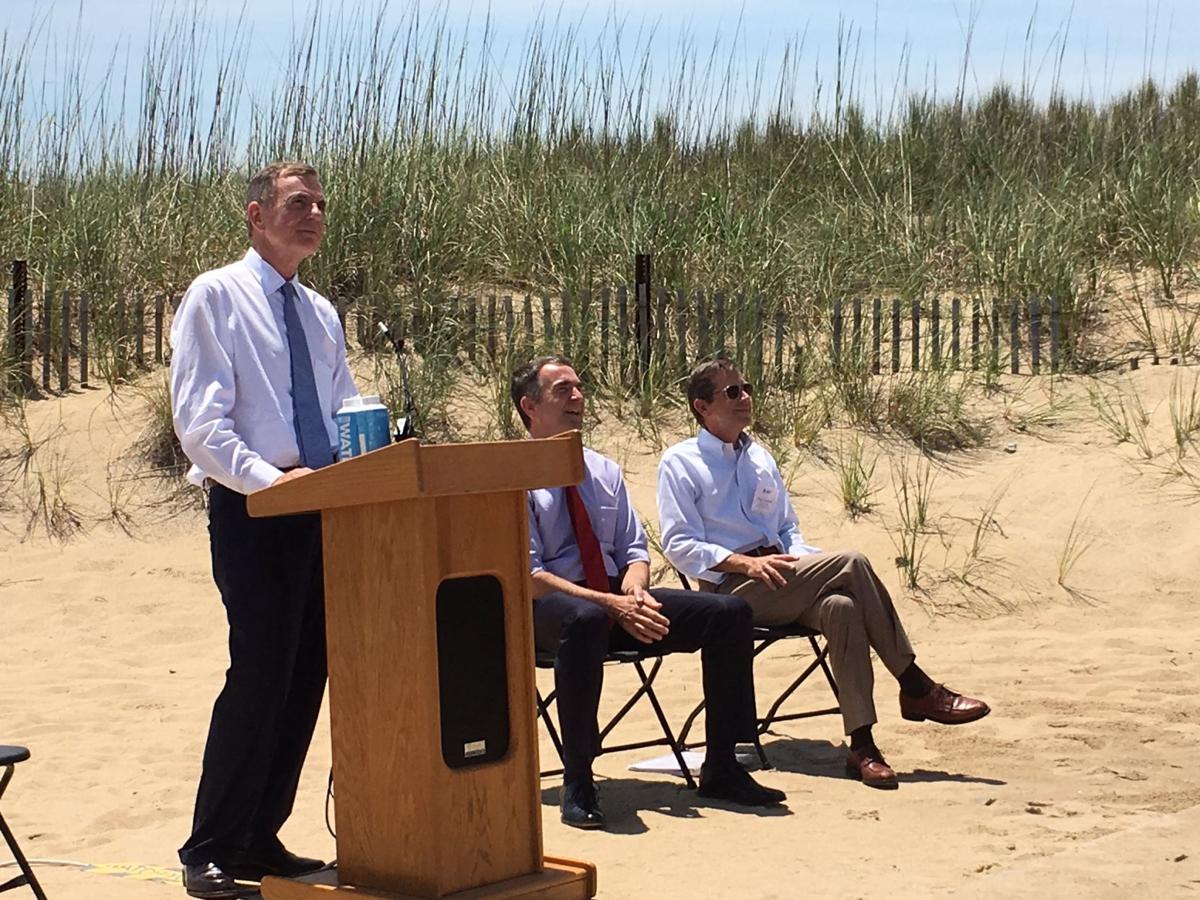 More than 40 years ago, the leadership of Dominion Energy — then known as Virginia Electric & Power Co. — was suddenly and dramatically changed by tragedy: the death of its president, Stanley Ragone, in a car crash on a country road outside Staunton.

Ragone, whose wife, Bertha, also was killed in the April 1980 accident, had led VEPCO into the atomic age at what proved an inopportune time: an era of fear and uncertainty over nuclear-generated power because of the 1979 meltdown at the Three Mile Island plant in Pennsylvania.

VEPCO’s finances were in tatters, and it had become the favorite target of populist Democrat Henry Howell, then coming off his third failed bid for governor.

The company — as it had done before and would do again — found a solution on Capitol Square, winning from the State Corporation Commission a series of rate increases that, while unpopular with customers, most of whom live in now heavily Democratic eastern Virginia, saved VEPCO from possible bankruptcy.

In 2021 — with command of Dominion Energy transferred from Thomas F. Farrell II to Bob Blue literally one day before Farrell’s death to cancer, an illness that had been a closely held secret — the company remains an outsized power in state government, securing protections for its ballooning profits and limits on the oversight authority of the agency that kept it from going under: the SCC.

Because its product is something virtually no one can live without — electricity — Dominion, even as a regulated monopoly, historically has been given wide latitude by Virginia’s political class. That may be ebbing, as a generational shift and demographic change remake this state.

Farrell safeguarded the company’s prerogatives, sometimes personally negotiating deals with governors, as he — a Republican — did in 2015 with Democrat Terry McAuliffe.

McAuliffe, running this year for his old job, must now answer to young, restive liberals for obliging Farrell with a measure shielding Dominion for seven years from an SCC review of its rates, which contribute to some of the highest customer bills in the nation.

Electricity as a necessity also drove the creation of Virginia’s ban on union membership as a condition for employment.

A threatened strike against VEPCO in 1946 by the International Brotherhood of Electrical Workers — and fears Virginians would be stuck in the dark — spurred the conservative Democratic oligarchy that controlled the state to adopt the right-to-work law the following year. Twenty-seven states have such a prohibition.

The law has been an article of faith in Virginia politics, though Democrats have become increasingly hostile to it, with several statewide candidates demanding its repeal — an issue on which McAuliffe, as the presumed front-runner for the party’s 2021 nomination, could be pressed in a televised debate Tuesday night.

With Dominion’s power growing exponentially, it has become far easier to demonize the company and its leadership. Indeed, even media coverage of Dominion occasionally conjures an image of a muscular political party beholden to voters rather than a publicly traded corporation accountable to the marketplace.

Over the decades, Dominion’s influence in Richmond — steeled by millions in candidate and charitable contributions — has been challenged as the equivalent of the fox guarding the hen house, most recently by the political apparatus of a multimillionaire environmentalist, Michael Bills.

His spending exceeds Dominion’s, and he has seen some of his high-profile picks for state office defeated at the polls or disqualified for failing to meet ballot requirements.

Since last year, Bills secured his status as the state’s largest political donor, committing $4 million to his political action committee, Clean Virginia, and mostly Democratic candidates. The figure swells to about $5.5 million when including spending by the PAC and his wife, Sonjia Smith.

In contrast, Dominion’s spending so far this cycle — it’s a House of Delegates and gubernatorial election year — is $1.3 million.

More than its money — much of which is now refused by Democrats as a supposed expression of independence from a Virginia corporacy the General Assembly has historically protected, regardless of party control — Dominion’s most effective weapon is information.

And it could remain such under Blue, a Democrat whose CV includes stints as a lobbyist for Gov. Doug Wilder and chief counsel to Gov. Mark Warner before Blue joined Dominion in 2005.

Currently, the company relies on 31 lobbyists to tell its story to legislators often preoccupied with provincial concerns. The Dominion narrative is increasingly complex, rooted in the arcana of electric deregulation — and re-regulation — and the company’s pivot from fossil fuels to renewables.

That is embodied by Farrell’s decision last year to abandon an over-budget, long-delayed natural gas pipeline to focus, instead, on the nation’s largest offshore wind farm, about 30 miles off Virginia Beach — a proposal the SCC warns will be costly for consumers.

These projects — and their impact on Virginians’ electric bills, the sixth-highest in the nation, according to federal data — have shaped Dominion-written legislation. It expanded language in the Code of Virginia that guided the SCC’s direction over utility rates from several pages to tens of thousands of words that set limits on the commission, now readying to consider Dominion’s appeal to again raise its prices.

The parameters of the relationship between the SCC and Dominion, which Bills and others attack as unfairly weighted to the company, were roughed out in the mid-1990s, when the three-member commission and the company quarreled over whether the utility should remain a stand-alone entity fully subject to public oversight, even as it was subsumed to a parent corporation.

Dominion ultimately prevailed, auguring legislative approval of limits on the SCC and the unharnessing of the utility as a cash machine that would impress Wall Street with fat profits and fatter dividends.

The detailed maneuvering that this feat required was overseen by a quiet lawyer with an angular smile who would become Dominion’s chief: Tom Farrell.

From left: Dominion Energy CEO Tom Farrell, chairman of the GO Virginia board of directors, Ben Davenport, vice chairman, and Sen. Frank Ruff, R-Mecklenburg, listen to testimony during a meeting at the state Capitol on Sept. 10, 2019.