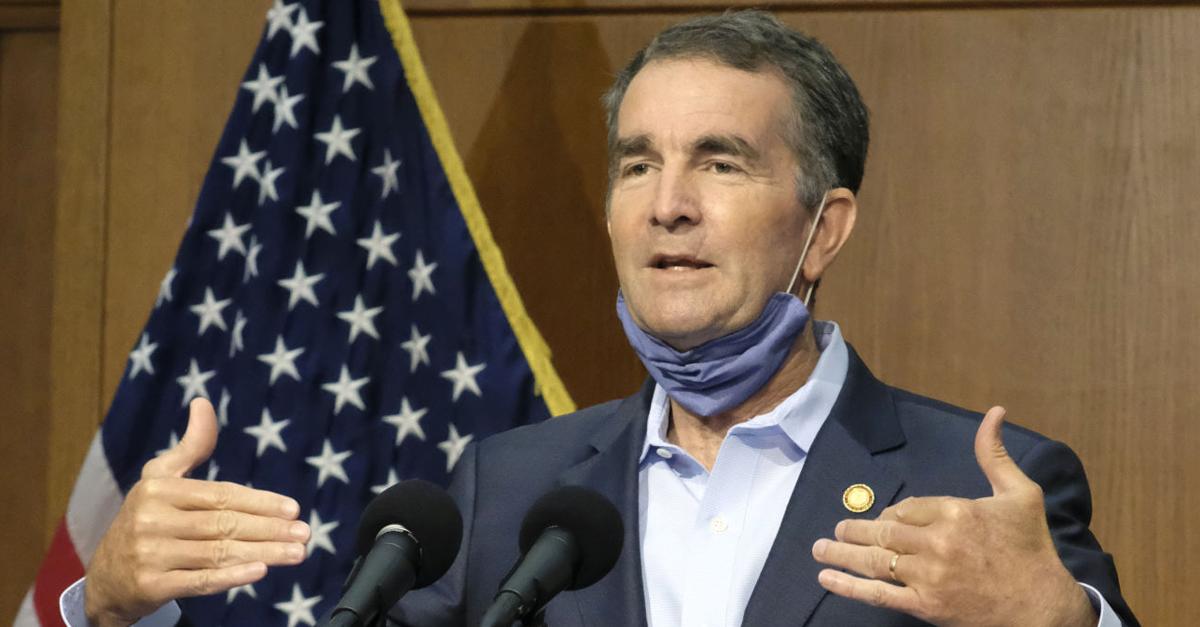 Gov Ralph Northam answers a reporter's question during a September briefing at the Patrick Henry Building in Richmond. 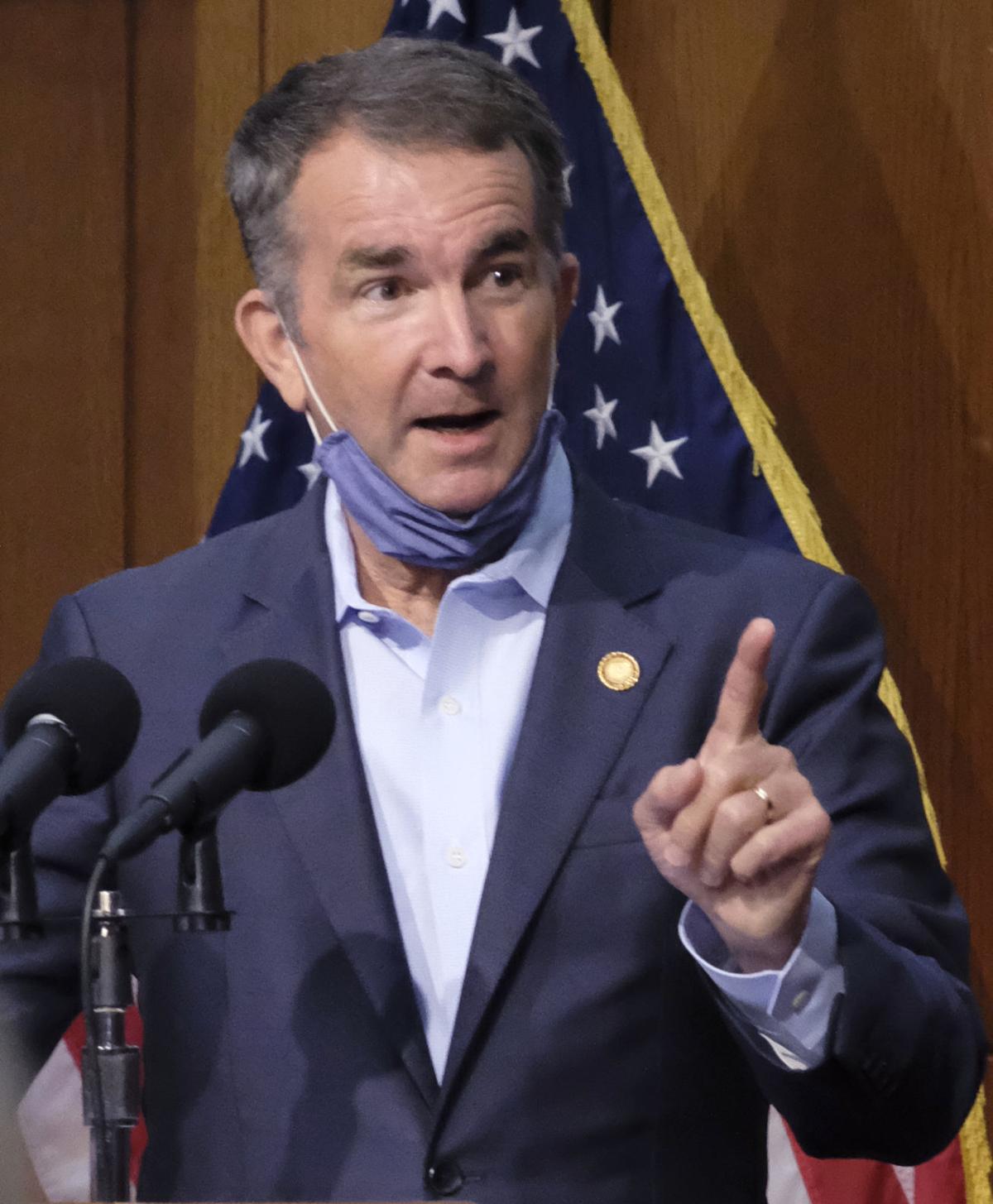 Gov. Ralph Northam answers a reporter's question during a news briefing Tuesday at the Patrick Henry Building in Richmond.

State regulators on Tuesday granted Gov. Ralph Northam’s request to extend a moratorium on utility disconnections, which was set to expire Wednesday, until Oct. 5.

Thousands of Virginians face possible disconnection when the moratorium expires, in large part due to the economic pressures of the COVID-19 pandemic. As of June 30, Virginians owed more than $184 million in past-due utility bills, including electric, water and gas.

State lawmakers are weighing legislation to address the issue, namely a bill to secure 12-month payment plans for indebted customers, and budget language backed by the Northam administration to extend the moratorium and force Dominion Energy to use overearnings to help cushion some customers.

“The extension of the current moratorium will ensure that the General Assembly has the time to fully evaluate legislative and budget proposals, while providing these essential services to families facing economic hardships during this pandemic,” Northam wrote in a letter to the State Corporation Commission on Monday.

In a release announcing a further extension, the SCC said it will not extend the moratorium beyond Oct. 5 and urged the governor and lawmakers to appropriate funds to help customers who cannot pay their bills because of the pandemic.

Northam announced the request during a news conference on Tuesday, during which he highlighted Virginia’s progress in containing the spread of the virus after a summer spike in Hampton Roads that has since abated.

State regulators instituted the utility moratorium at the onset of the pandemic, but over the summer, the regulatory agency argued that a legislative fix was needed to protect smaller utilities from a cash crunch.

“Since we first imposed the moratorium on March 16, 2020, we have warned repeatedly that this moratorium is not sustainable indefinitely,” the SCC said in a statement on Tuesday.

“The mounting costs of unpaid bills must eventually be paid, either by the customers in arrears or by other customers who themselves may be struggling to pay their bills. Unless the General Assembly explicitly directs that a utility’s own shareholders must bear the cost of unpaid bills, those costs will almost certainly be shifted to other paying customers.”

The full extent of the state’s utility debt is unclear. The most recent information published by the SCC in response to lawmaker requests estimated that Virginians owed more than $184 million in past-due utility bills, including $137.4 million in electric bills, according to a preliminary survey.

That survey doesn’t include all utilities in the state, or any debt incurred since July 1.

On Tuesday, the Senate advanced legislation introduced by Sen. Jennifer McClellan, D-Richmond, that would allow customers 12 months to pay down their debt, and would compel the SCC to issue a report to lawmakers outlining the full extent of utility debt in the state.

The Virginia Poverty Law Center, which has been working on the issue, has warned of a disconnection crisis once the current moratorium ends — whenever that happens.

“At the end of the day, the moratorium will end, and we have to understand what happens next. How can people and utilities get back to normal after the moratoriums are over?” said Dana Wiggins of the Virginia Poverty Law Center in an interview last month. “We wanted there to be at least more wiggle room so that people who are paying their bills and trying to catch up on their debt — that their debt payments are something that they can actually pay.”

On Tuesday, Northam said he was encouraged by the state’s overall progress on stemming the spread of COVID-19, but warned of worrisome trends in Southwest Virginia.

The governor compared the region’s 8% positivity rate — the share of positive cases among everyone tested — to the state’s 7% overall rate.

Northam said he isn’t yet planning to impose additional public restrictions on the region, but said “all options are on the table.”

“We just don’t have the hospitals and the ICU capabilities. I would ask everyone to continue to follow these guidelines and hopefully we won’t have to make any changes,” he said.

The area saw COVID-19 trends rise as students returned to campus at Radford University and Virginia Tech. Northam said the state has also observed some businesses being lax in following the state’s safety guidelines.

“It’s behavior that will put this pandemic behind us, not testing, not tracing, not [personal protective equipment]. It’s behavior,” he said.

Northam on Tuesday praised progress in the state’s eastern region, which saw cases spike in the summer, but now has a lower positivity rate than the state average at around 6%. Last week, Northam announced that additional public restrictions imposed on the region over the summer would be lifted.

If teachers get raise, state employees ask 'why not us?'

State employees listened closely to Gov. Ralph Northam when he told the General Assembly on Wednesday that he wants to turn bonuses into raise…

Sen. Jennifer McClellan of Richmond, who is seeking the Democratic nomination for governor, on Friday pledged to deliver affordable and high-q…

Gov. Ralph Northam doesn’t want Virginia to endorse a new tax benefit for business in federal emergency relief legislation that could cost the…

Gov. Ralph Northam won the first battle in what’s likely to become a political war over tax policy in the General Assembly.

Gov Ralph Northam answers a reporter's question during a September briefing at the Patrick Henry Building in Richmond.

Gov. Ralph Northam answers a reporter's question during a news briefing Tuesday at the Patrick Henry Building in Richmond.