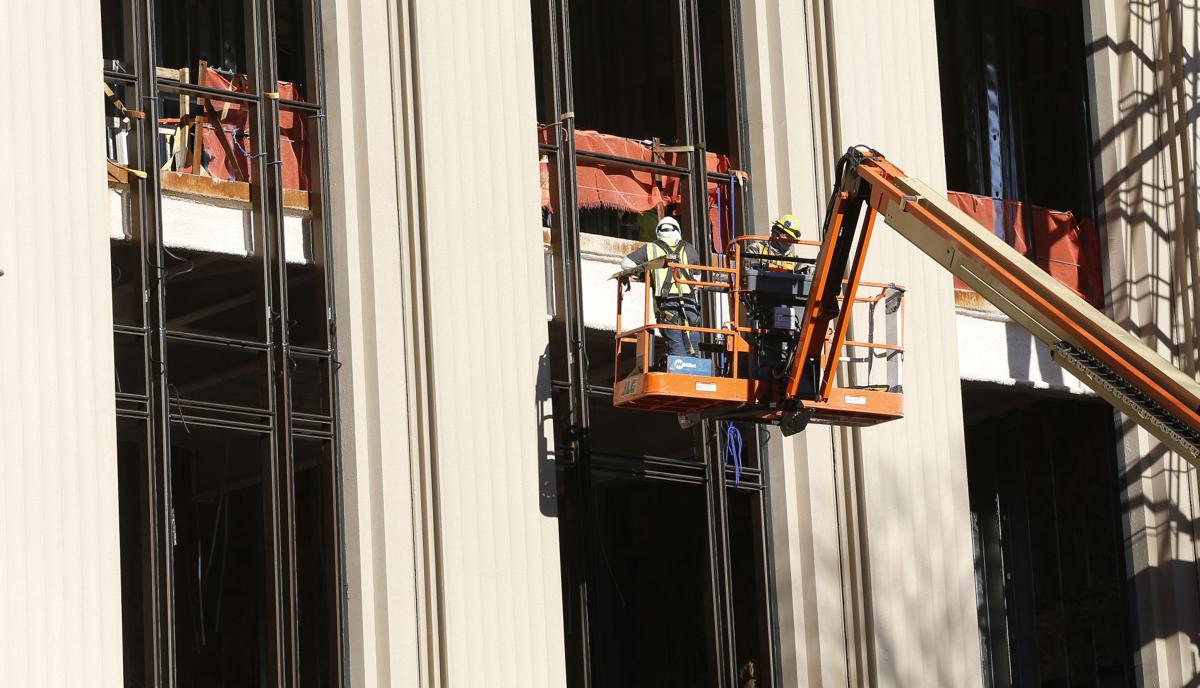 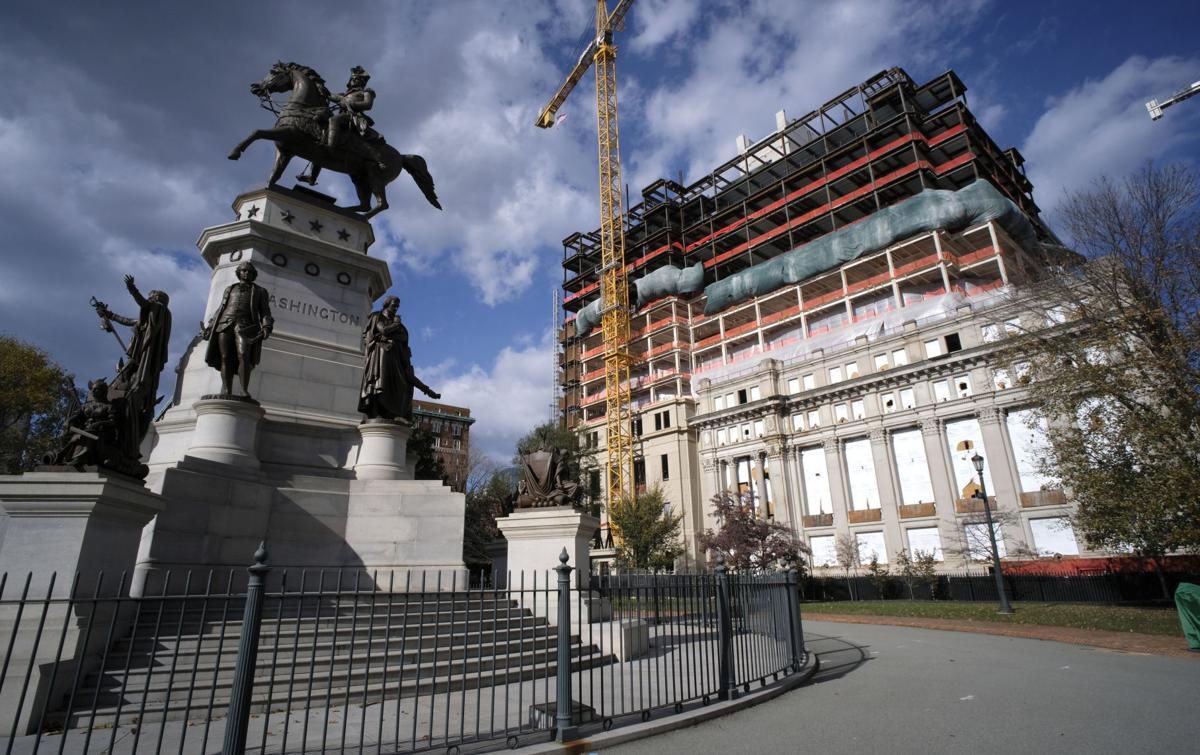 A council of carpenters claims that about 60 workers on the General Assembly Building have been misclassified. 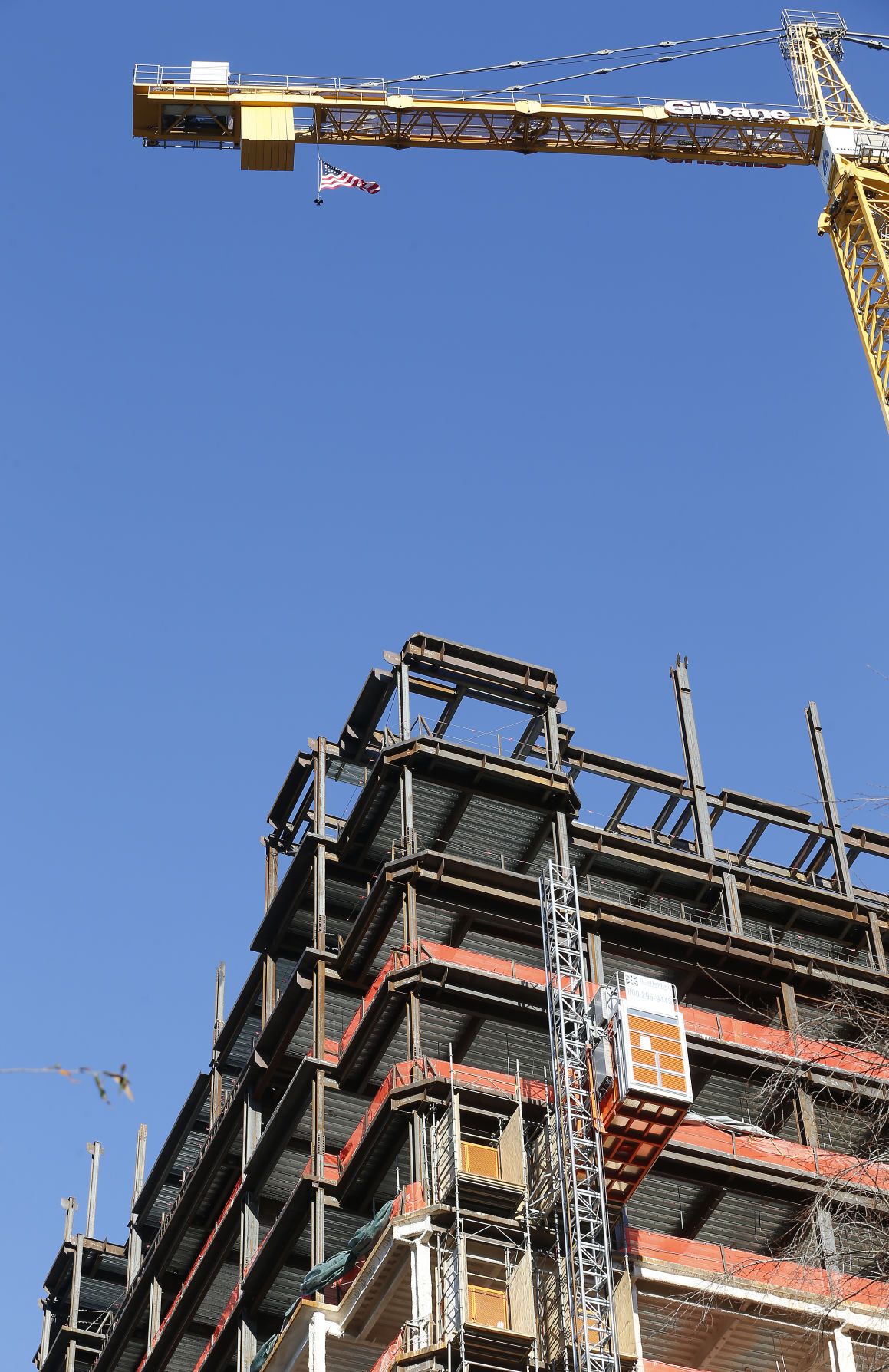 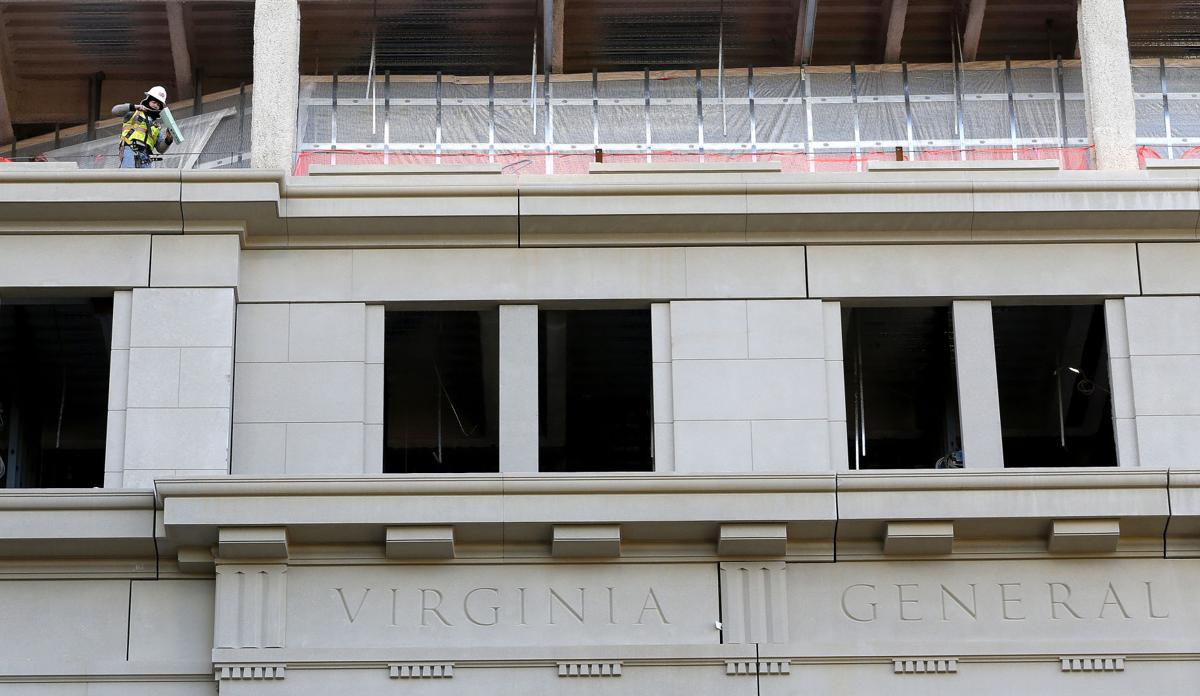 Construction work continues at the General Assembly Building. Union officials have claimed that some of the project’s workers are being classified as independent contractors, which can affect taxes and overtime pay. 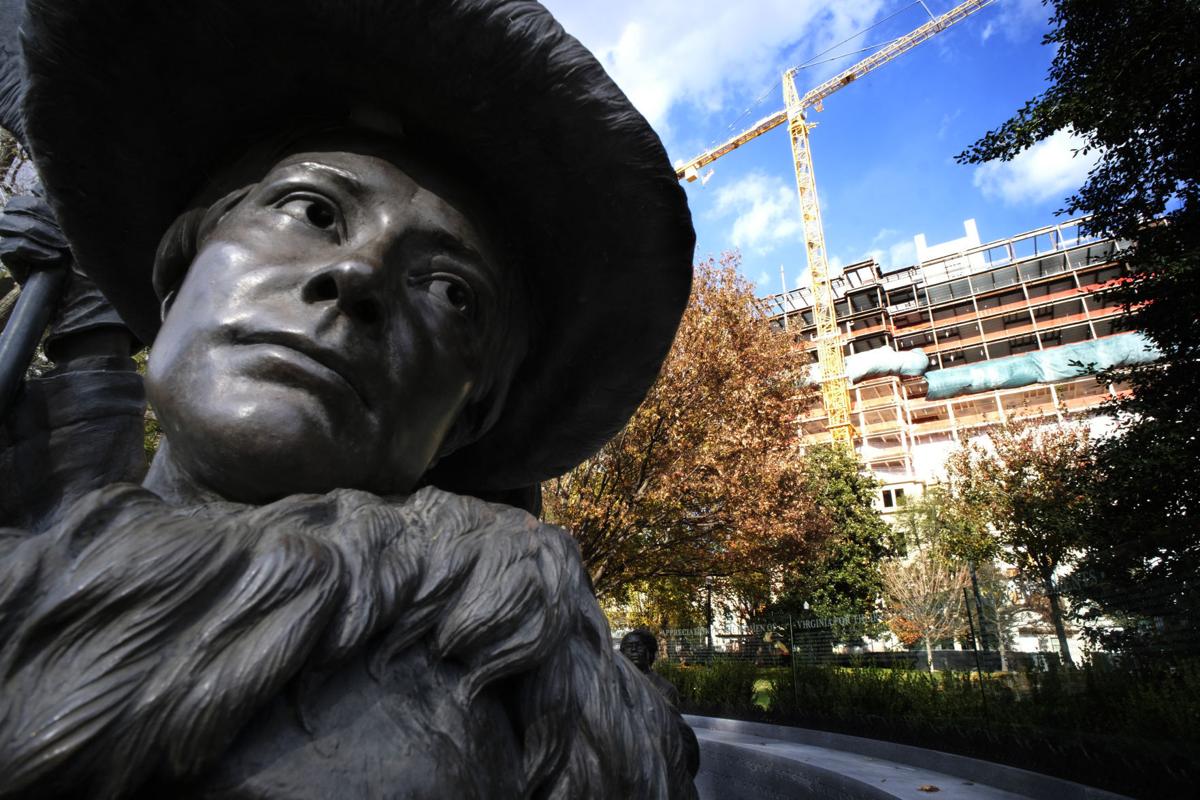 The statue of Suffragist Adele Clark at the Virginia Women's Memorial inside Capitol Square in Richmond, VA appears to be glancing at the new General Assembly Building , right, under constrution Tuesday, Nov. 17, 2020.

By the time the next governor takes office, a tunnel long sought by the state Senate will be partly built between the Capitol and a new General Assembly Building that is rising on a corner of Capitol Square in the heart of Virginia’s seat of government in downtown Richmond.

The $25 million tunnel was a last-minute addition to the state budget the assembly adopted in March, before a public health emergency upended state spending priorities, but the project is still on track for completion by the end of 2023, after the General Assembly holds its first legislative session in its new quarters.

The first phase of the 600-foot tunnel is expected to be complete by the end of next year when a new governor will be elected to take office in January 2022. The work will pause for the inauguration and the 2022 session of the General Assembly.

But while members of the House Appropriations Committee expressed excitement about the new 14-story building and the committee’s offices on the 12th floor, one legislator voiced concern on Tuesday about treatment of the workers who are building it.

“What concerns me most is that this is the people’s house that is being built,” Del. Paul Krizek, D-Fairfax, told the committee near the end of its annual retreat. “And we don’t want to move into a building that is using labor that is being exploited. If anything, this has to be purer than Caesar’s wife.”

Krizek’s concerns arise from allegations by union officials that some subcontractors on the project are using labor brokers who classify workers as independent contractors rather than employees — leaving them vulnerable to additional tax liabilities — and don’t pay them time and a half for overtime work.

Joe Damico, director of the Department of General Services, responded, “I have not been brought specific information that would lead me to believe there are any wage issues on the site.”

Damico told legislators that an unspecified group had made similar claims “without any specific information for me to conclude that it is true.”

He also promised “no tolerance” and said, “If there’s any evidence of wage theft on this project or any state project that I become aware of that’s a violation of state or federal law, I will directly take it to the [Office of the State] Inspector General for investigation.”

The General Assembly Building isn’t the only target for union officials and labor lawyers. They are taking legal action in federal court against contractors in efforts to enforce new state laws to prevent “wage theft.” They also want to ensure that workers are paid properly on publicly procured construction projects, including work at Virginia Commonwealth University and other public higher education institutions in the state.

The Eastern Atlantic States Regional Council of Carpenters, covering Virginia, five other states and the District of Columbia, alleges that about 60 workers in drywall and other interior construction in the new General Assembly Building have been misclassified as independent contractors and subject to “wage theft” by being denied overtime pay.

“From our initial contact with workers on the project, it is happening,” said Frank Mahoney, communications director for the carpenters union.

The union doesn’t represent the workers allegedly affected by “wage theft” or misclassification of their employment status, but says it has a big stake in ensuring that construction projects, especially those involving taxpayer money, don’t give firms that exploit workers an unfair competitive advantage against companies that comply with wage and hour standards.

He contends that subcontractors put workers in danger by classifying them as independent contractors, which deprives them of workers’ compensation insurance if they are injured and fails to deduct federal and state taxes from their paychecks.

Union officials are asking the state to investigate their claims and ensure that future public procurement contracts prevent companies from mistreating workers, especially those in trades that don’t require industry certification and employ immigrants who work in low-wage jobs.

Damico said his department already is participating in a work group investigating issues of employee misclassification, based on a state budget provision that requires the panel to report to the assembly by Dec. 15, the day before Gov. Ralph Northam proposes a new state budget.

The panel includes representatives of executive and legislative agencies, contractors and labor organizations.

He said the Department of Labor and Industry also is preparing to set “prevailing wage” rates for workers on public projects, under legislation the assembly adopted this year that will take effect May 1.

The assembly also adopted legislation this year that stiffens penalties for “wage theft” that Akerman, at the building trades council, said “makes it easier for workers to collect unpaid wages and sue employers.”

A council of carpenters claims that about 60 workers on the General Assembly Building have been misclassified.

Construction work continues at the General Assembly Building. Union officials have claimed that some of the project’s workers are being classified as independent contractors, which can affect taxes and overtime pay.

The statue of Suffragist Adele Clark at the Virginia Women's Memorial inside Capitol Square in Richmond, VA appears to be glancing at the new General Assembly Building , right, under constrution Tuesday, Nov. 17, 2020.