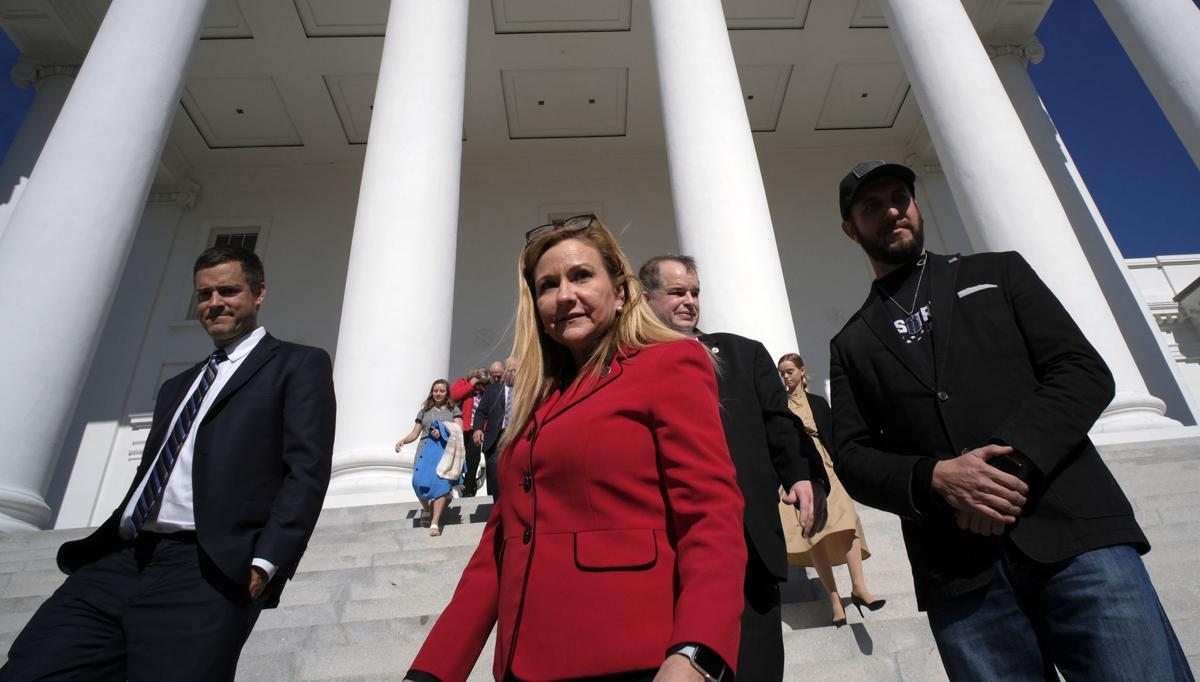 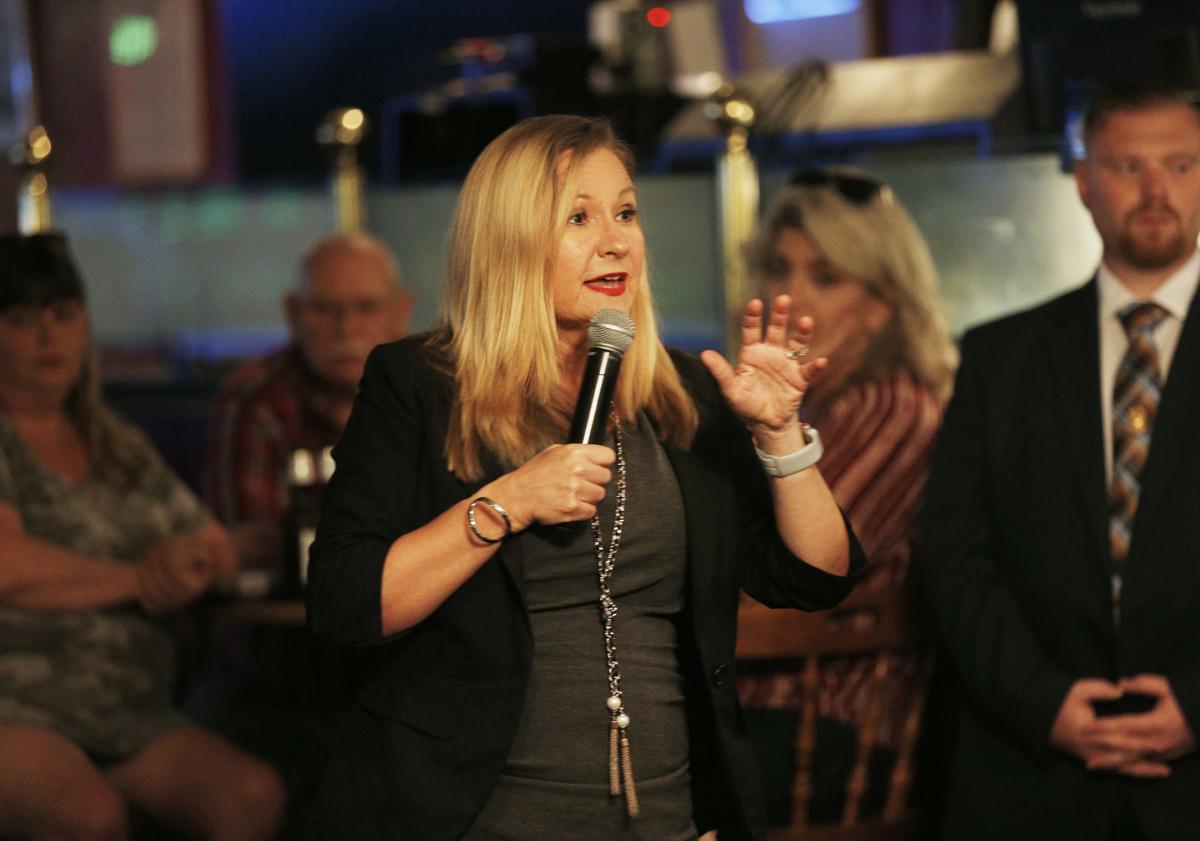 Sen. Amanda Chase, R-Chesterfield, spoke at a recent meeting in Mechanicsvile. She urged Republicans on Friday to unify for a probe of what she called voter fraud.

Less than a week after saying she would run as an independent, Sen. Amanda Chase, R-Chesterfield, says she will seek the GOP nomination for governor in the party-run convention so that she does not split the party.

Last Saturday, Chase had pledged to run as an independent after the Republican Party’s ruling body said it would choose its 2021 statewide nominees in a convention rather than in a state-run primary.

Chase said in a Facebook post six days ago that running as an independent was “the only way to bypass the political consultants and the Republican establishment elite.”

Following her announcement, Chase received blowback from local party units in counties such as Fairfax and Chesterfield, who publicly reaffirmed their commitment to backing the Republican nominee for governor.

Former House Speaker Kirk Cox, R-Colonial Heights, is the only other Republican who has announced a run for governor as yet.

Former Sen. Bill Carrico, R-Grayson, who was considering a run for governor but endorsed Cox this week, issued a statement on Cox’s behalf.

“Virginians have long grown tired of politicians who think everything is about them. Virginia needs a consistent and disciplined Governor whose heart is in service, who knows where he stands, and who is a steadfast conservative that will not waver,” Carrico said.

“Kirk Cox is the best person to unify the Republican Party. It’s time for Republicans across Virginia to partner with Kirk and win again in 2021.”

Others considering a run for the GOP nomination include state Sen. Emmett Hanger, R-Augusta; entrepreneur Pete Snyder, who lost the 2013 GOP nomination for lieutenant governor; and Glenn Youngkin, former co-CEO of the Carlyle Group.

Chase on Friday urged Republicans to unify around an investigation of what she termed voter fraud in Virginia.

“The second thing that I would say is that we need to work together so that there’s no division in our party. There’s a lot of division right now with the different factions and the different groups.

“And if we’re going to win again, we have to unite behind our Republican nominee.”

Del. Lee Carter, D-Manassas, has filed paperwork to run for governor but has not formally announced whether he will run.

Sen. Amanda Chase, R-Chesterfield, spoke at a recent meeting in Mechanicsvile. She urged Republicans on Friday to unify for a probe of what she called voter fraud.