Richmond requiring city employees to be fully vaccinated by Oct. 1 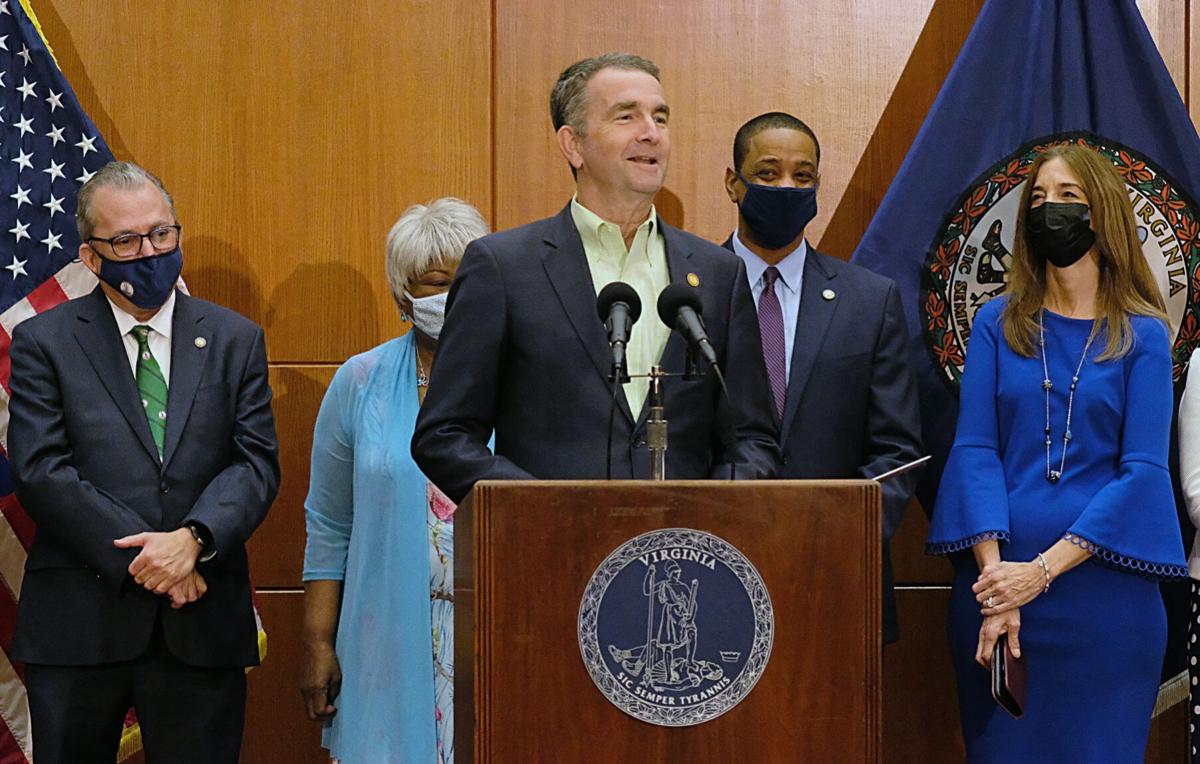 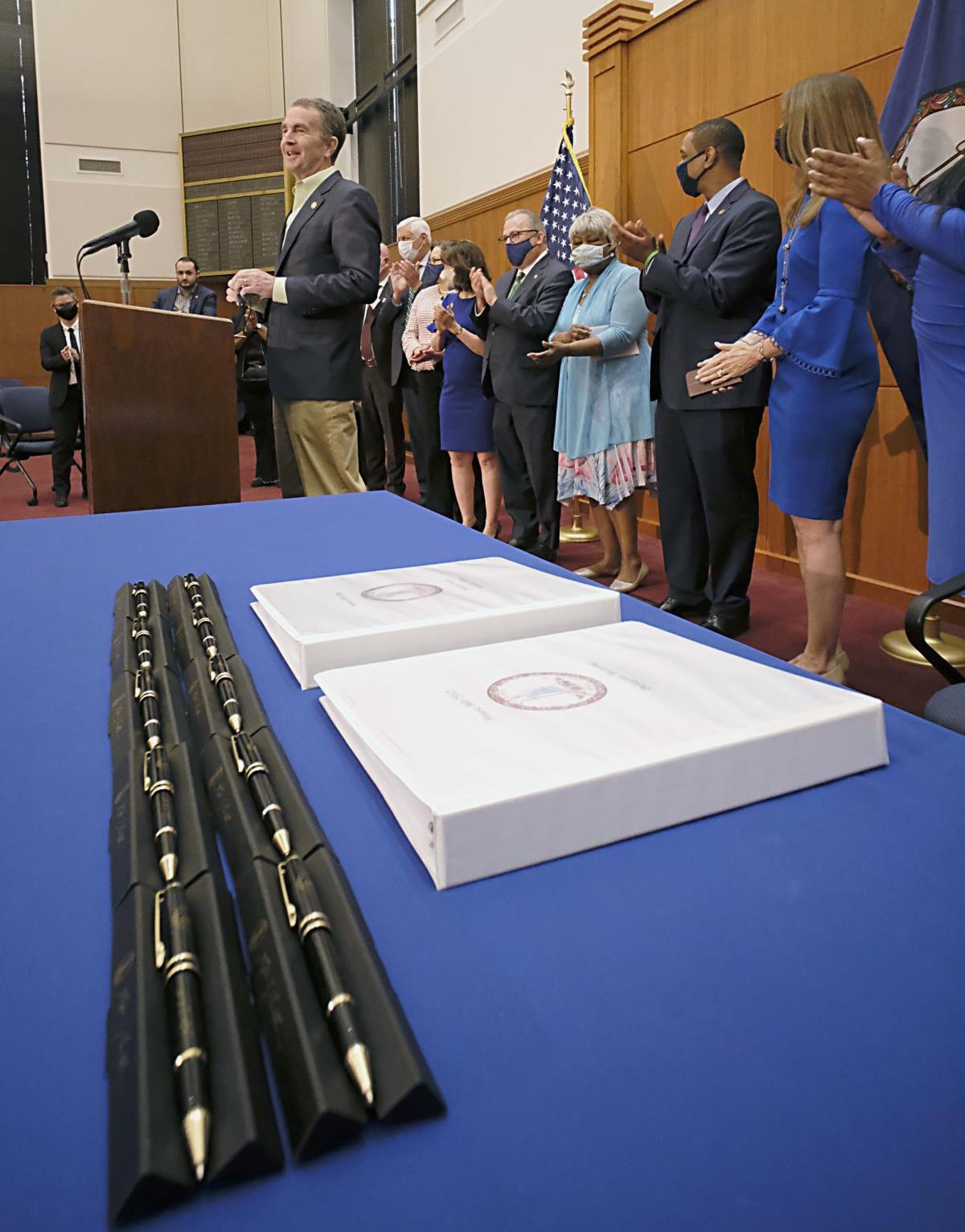 The two bills and commemorative pens were lined up on a table before Virginia Governor Ralph Northam, at podium, signed the marijuana legalization bills at a ceremony inside the Patrick Henry Building in Richmond, VA Wednesday, April 21, 2021. 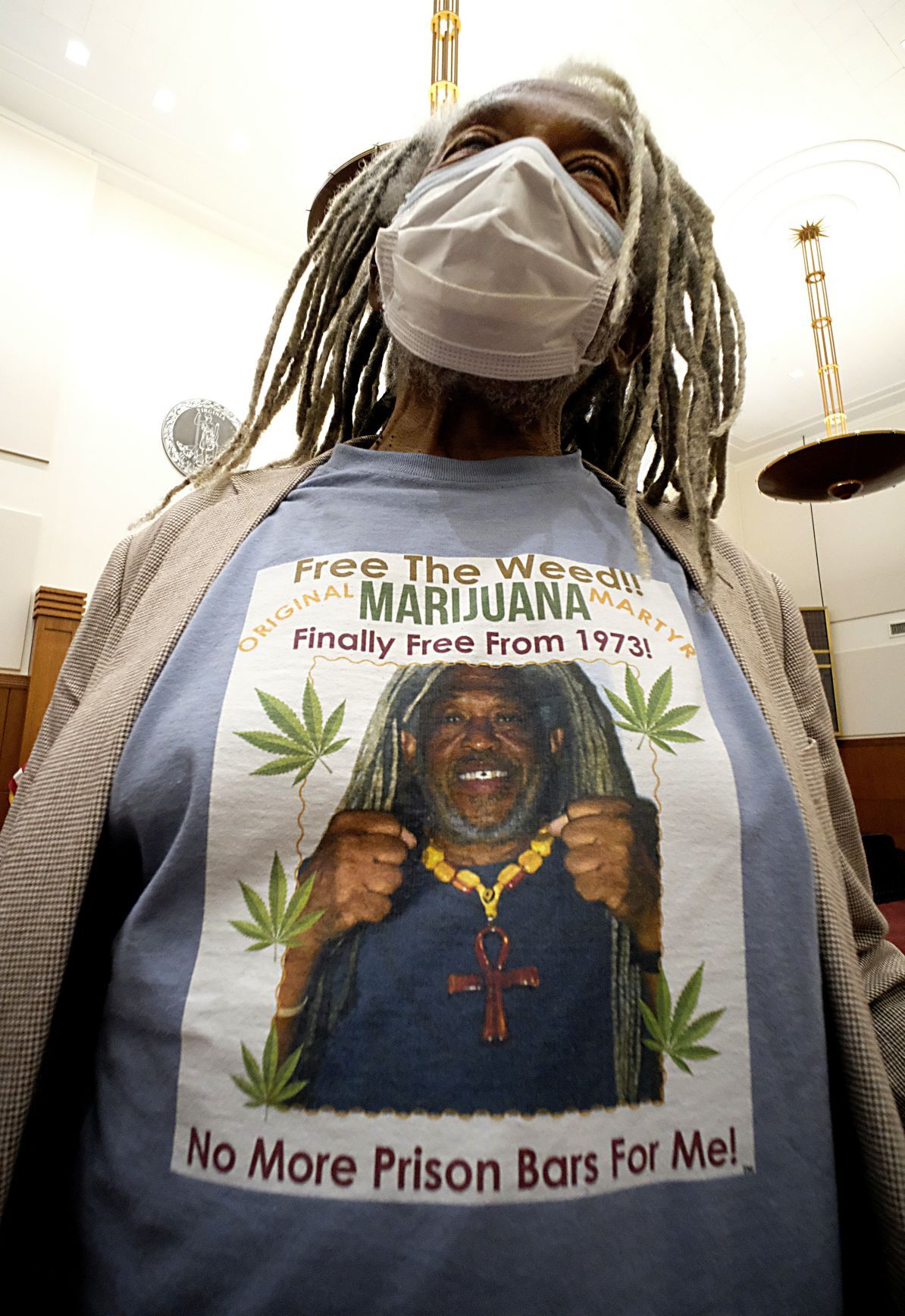 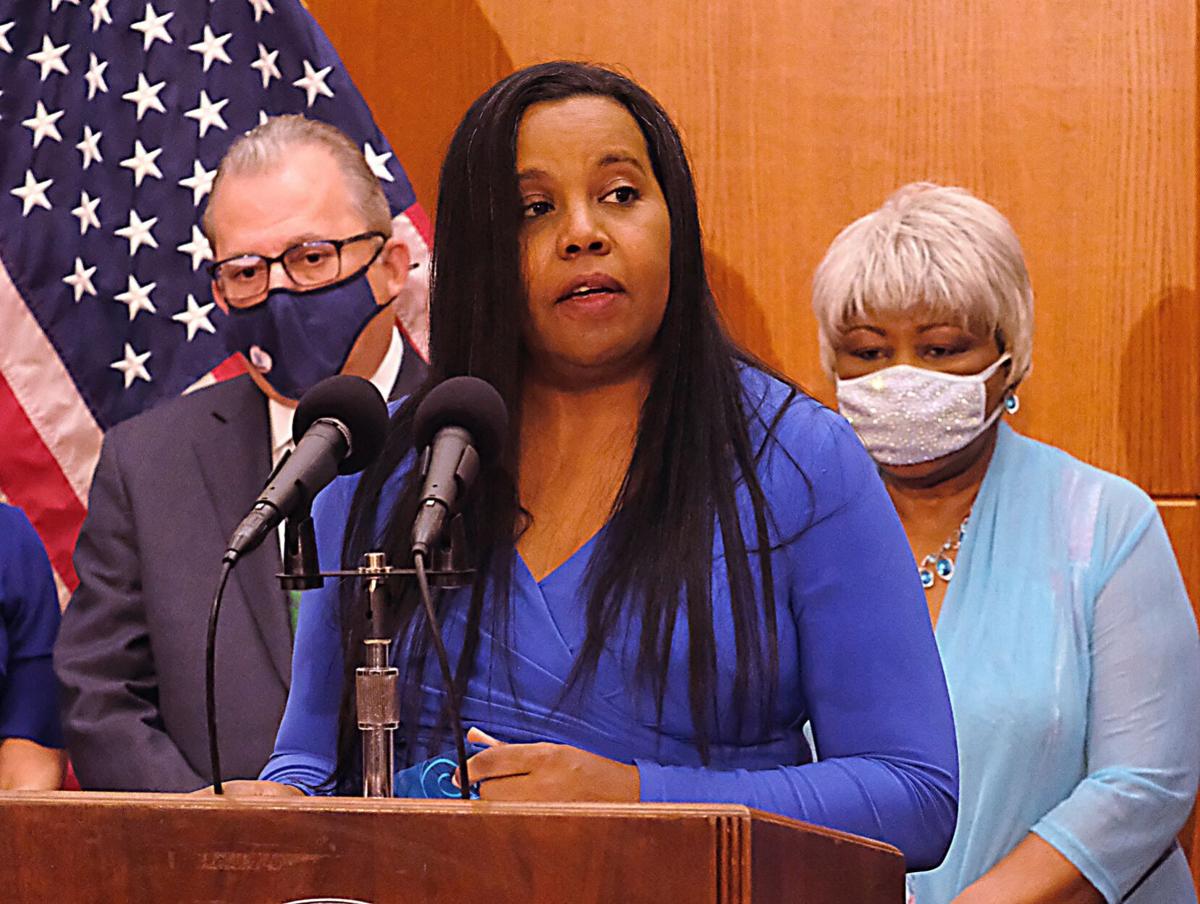 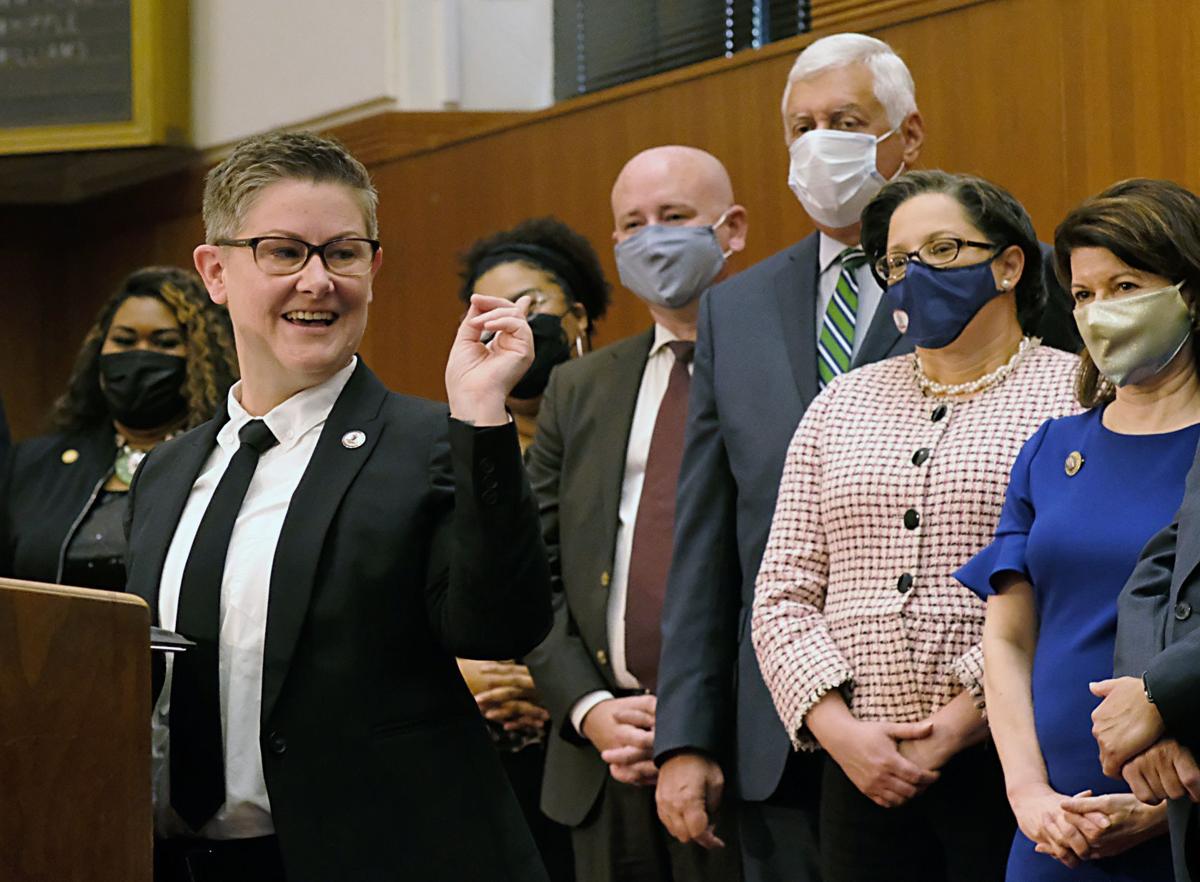 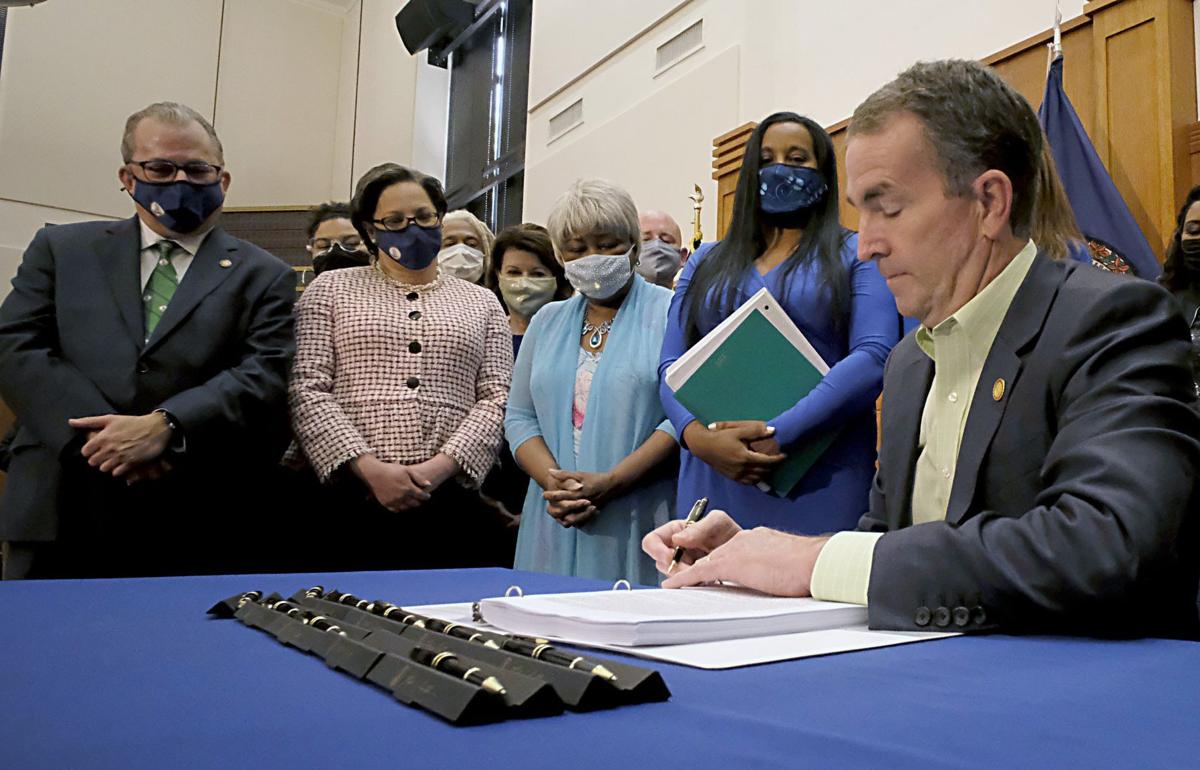 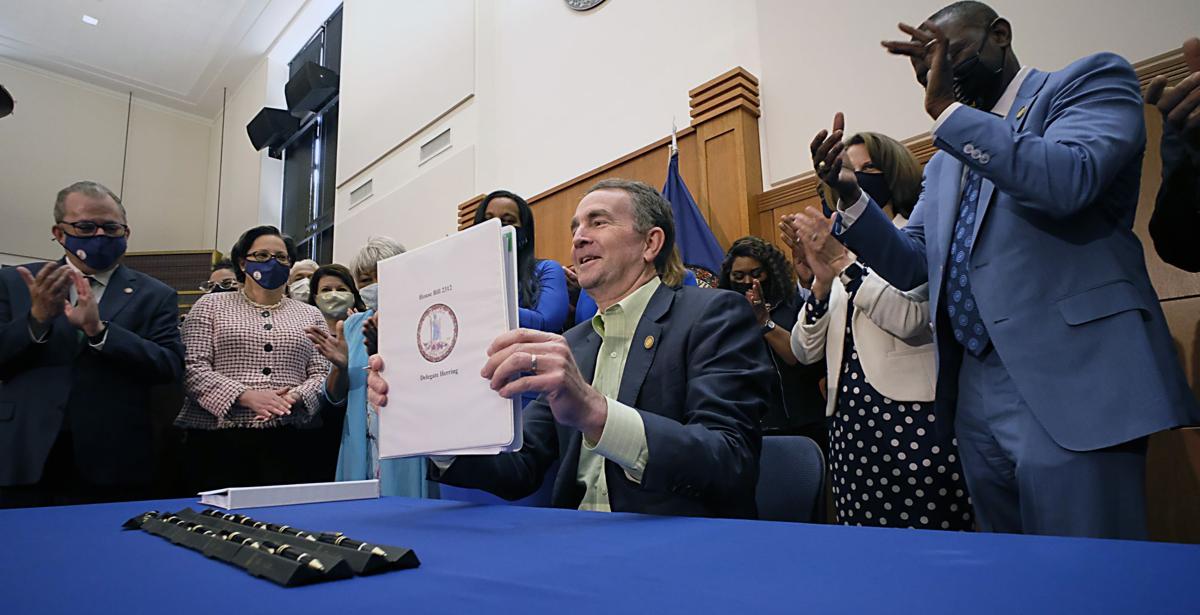 Virginia Governor Ralph Northam holds up one of the marijuana legalization bills he signed at a ceremony inside the Patrick Henry Building in Richmond, VA Wednesday, April 21, 2021. 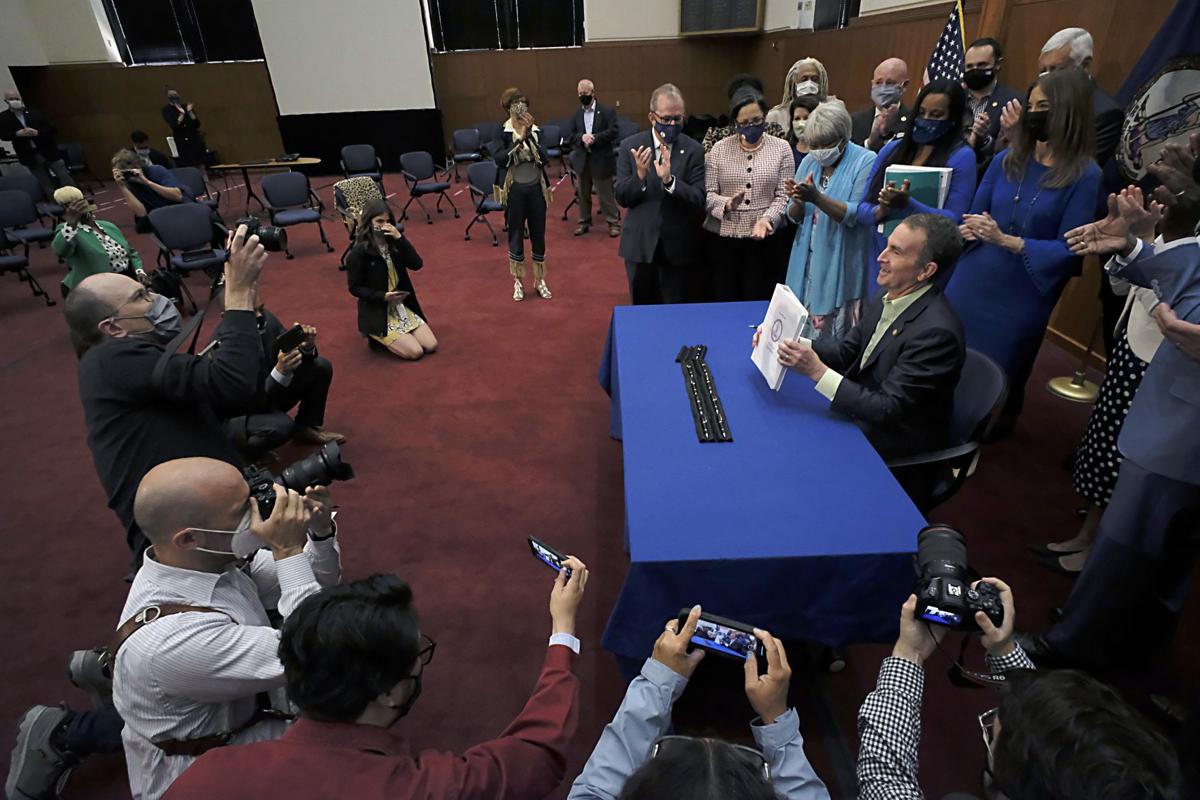 Virginia Governor Ralph Northam, seated, right, holds up one of the marijuana legalization bills he signed at a ceremony inside the Patrick Henry Building in Richmond, VA Wednesday, April 21, 2021.

Key civil rights groups involved in the effort to legalize marijuana in Virginia skipped a ceremonial signing of the legislation Wednesday, protesting the Northam administration’s decision to exclude a key advocate from the event.

Marijuana Justice led by activist Chelsea Higgs Wise of Richmond was among groups that worked with the legislature on marijuana legalization, and eventually swayed political leaders to accelerate legalization of simple possession to this summer.

Invitations to Wednesday’s event with Gov. Ralph Northam and legislative leaders went out to the ACLU of Virginia, Justice Forward Virginia and RISE for Youth, but not Marijuana Justice. In a statement, the ACLU of Virginia praised the signing of the legislation but said it was “deeply disappointed” the event was marred by the exclusion of Higgs Wise.

“From the beginning, Marijuana Justice has been instrumental in expanding our coalition’s ability to center the voices of directly impacted people in the policymaking process,” leaders with the ACLU of Virginia said, joined by RISE for Youth. “One of our key values is to create an inclusive space around marijuana legalization, where many communities have a seat at the table. In defense of that principle, none of us attended the signing.”

The event marked historic legislation that will soon make Virginia the first state in the South to stop criminalizing possession of an ounce or less of marijuana. The legislation also sets Virginia on a path to creating a legal market for the drug, one that will be highly profitable for the state and that will include incentives for people impacted by the so-called “war on drugs” to participate.

The administration said Higgs Wise and Marijuana Justice were not intentionally excluded.

“So much work went into this bill. Unfortunately we weren’t able to include many of the people we would have liked to be there — including multiple activists and legislators,” said Northam spokeswoman Alena Yarmosky. “We hope folks were able to participate virtually via livestream, as we’ve been doing throughout this pandemic.”

In an interview, Higgs Wise said her group worked closely with lawmakers and the administration on marijuana legalization over the last two sessions of the General Assembly.

Higgs Wise highlighted that Marijuana Justice advocated for the study on legalization by the Joint Legislative Audit and Review Commission, after no members of civil rights groups were included in the Northam administration’s legalization work group, per the legislation that created it.

Marijuana Justice also sought out data showing that even with decriminalization, Black Virginians were more likely to interact with the judicial system over simple possession of marijuana. Northam cited the data when he announced support for an accelerated timeline that will lead to the legalization of simple possession this summer.

Justice Forward Virginia, a left-leaning criminal justice reform group, said on Twitter that had Marijuana Justice “not led the way, marijuana would be illegal for another 3 years and criminal legal aspects of the legislation would have been much harsher. Those are the facts.”

The group also met with the Northam administration when it was drafting its marijuana legalization bill, and the administration said it included some of Higgs Wise’s feedback.

“I just would have been excited to be part of the event because we worked really hard. It was proper civility to be offered an invitation,” Higgs Wise said.

Higgs Wise has at times been critical of the Northam administration and Democratic leaders in the state on Twitter.

“I am critical online, but that shouldn’t erase the important work our organization did,” she said, adding that she is concerned about the role civil rights groups will play as the Northam administration and the incoming administration create the new agency and regulations for the new market.

“We are worried about a continued fight to be involved in the legalization process and the creation of the new market.”

The two bills and commemorative pens were lined up on a table before Virginia Governor Ralph Northam, at podium, signed the marijuana legalization bills at a ceremony inside the Patrick Henry Building in Richmond, VA Wednesday, April 21, 2021.

Virginia Governor Ralph Northam holds up one of the marijuana legalization bills he signed at a ceremony inside the Patrick Henry Building in Richmond, VA Wednesday, April 21, 2021.

Virginia Governor Ralph Northam, seated, right, holds up one of the marijuana legalization bills he signed at a ceremony inside the Patrick Henry Building in Richmond, VA Wednesday, April 21, 2021. 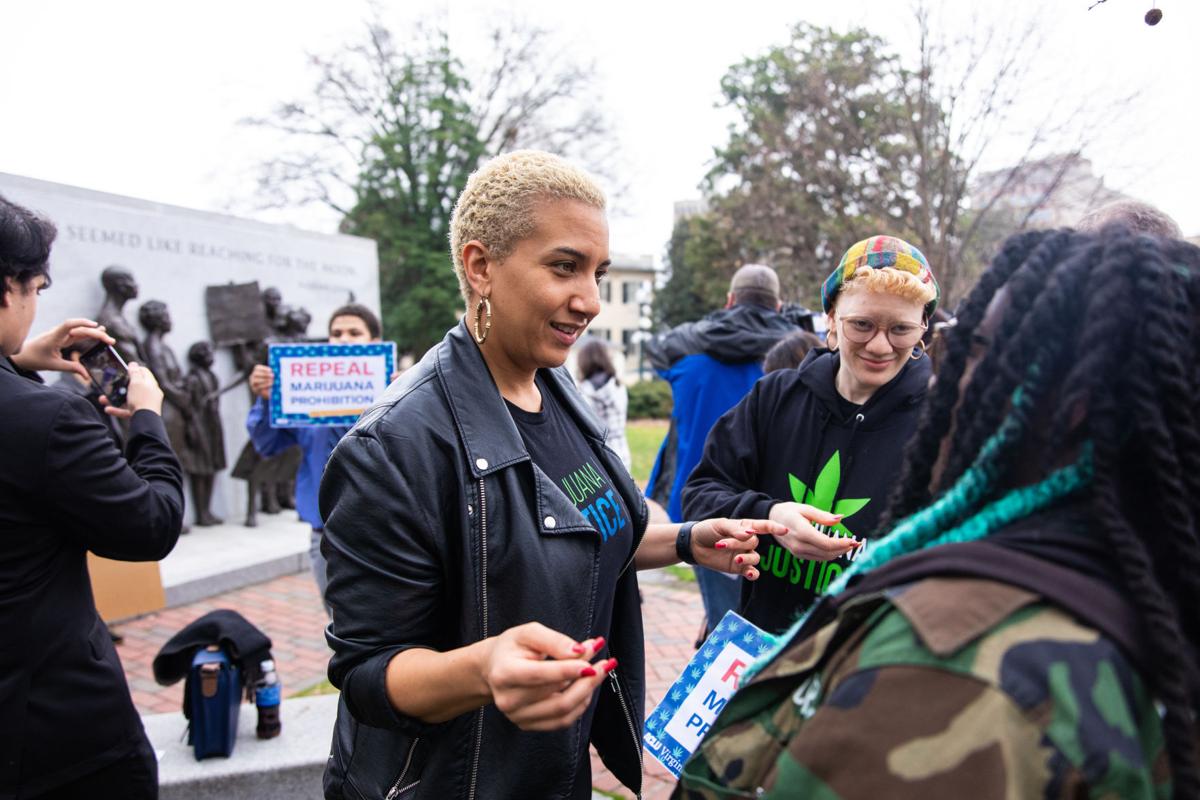