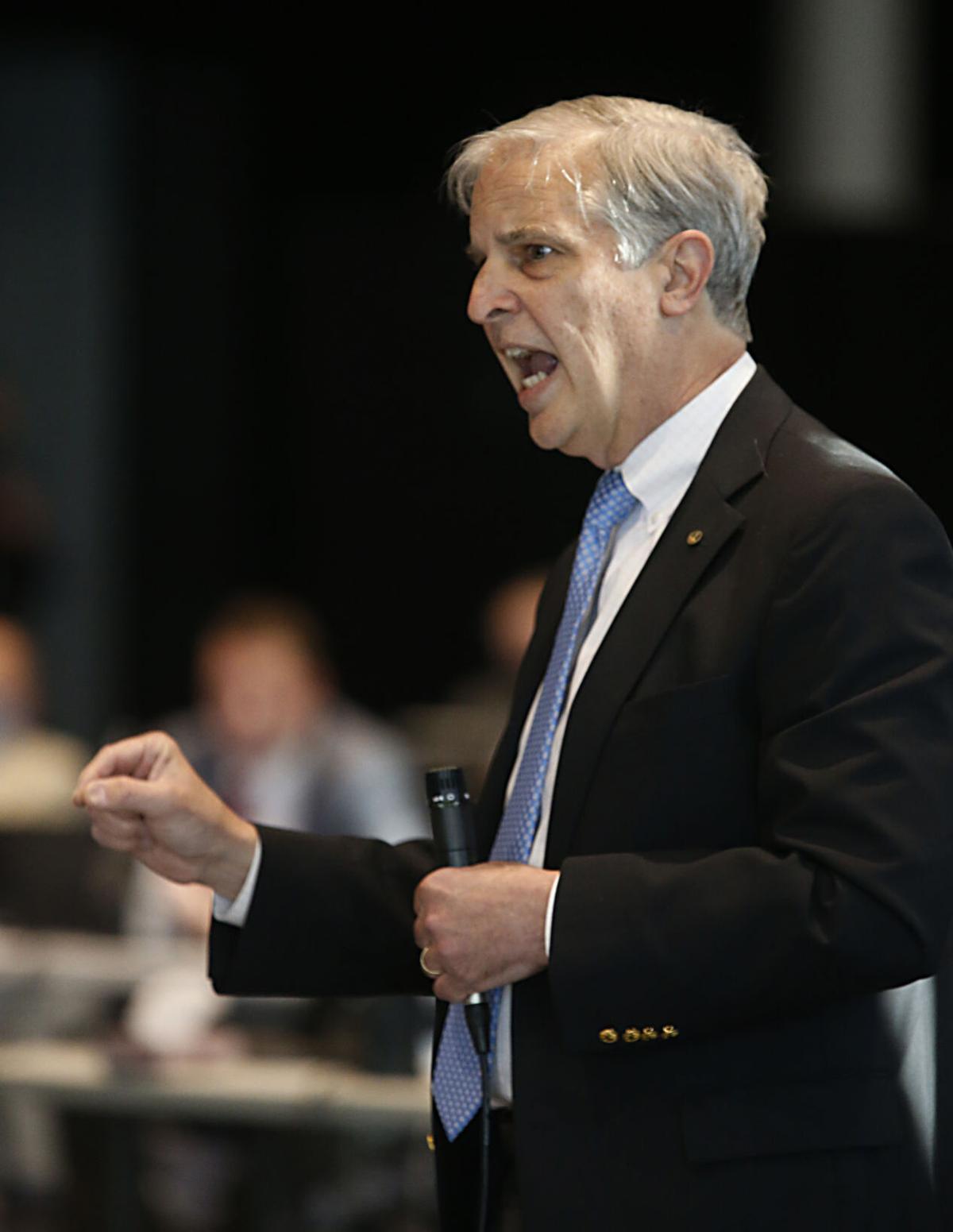 Sen. Mark Obenshain is among the Republicans who oppose Gov. Ralph Northam’s proposal for a limited probe. 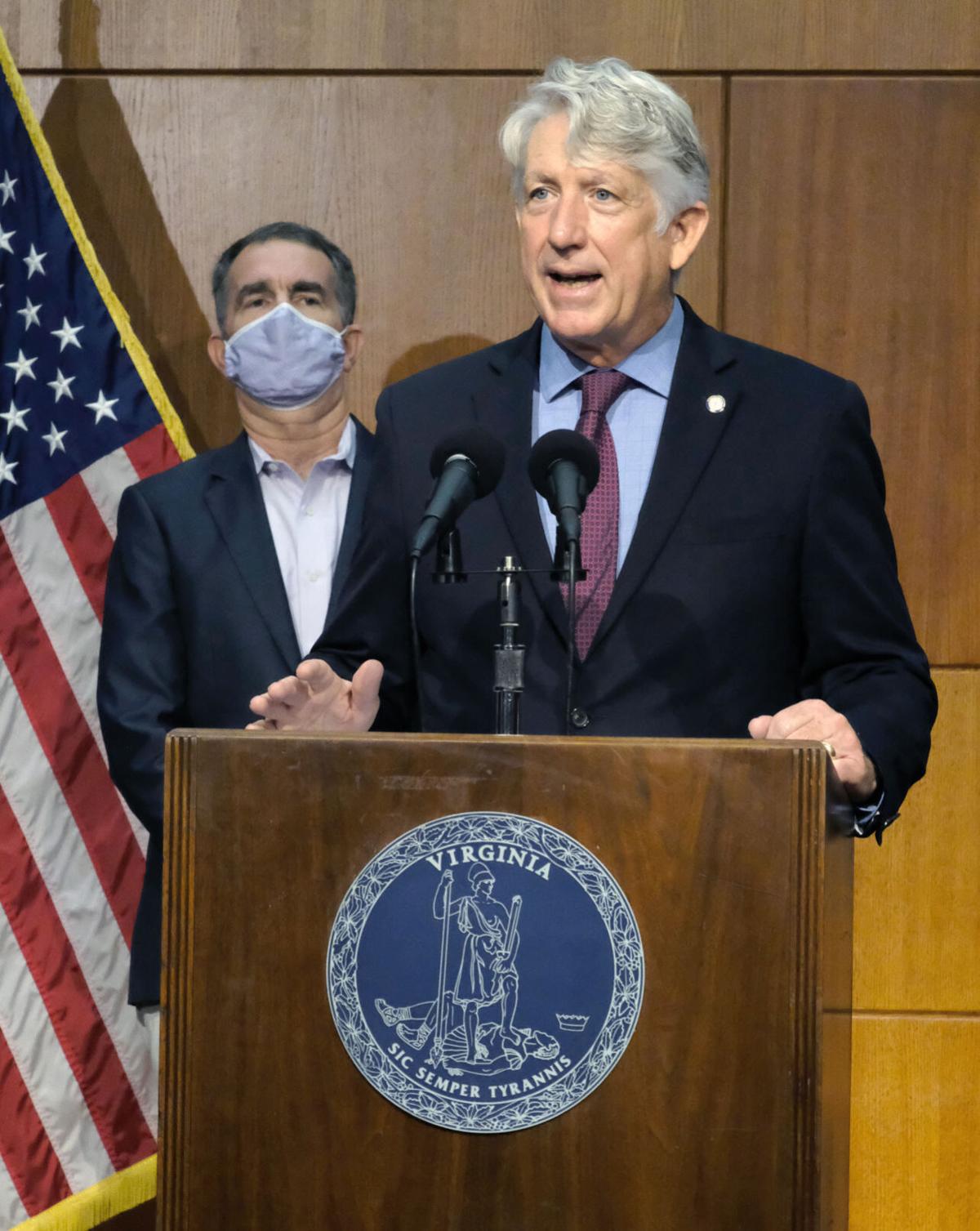 The limited investigation authorizes Attorney General Mark Herring, in consultation with Gov. Ralph Northam and other Democratic leaders, to choose a law firm to investigate how and why allegations of wrongdoing at the Virginia Parole Board were not included in one state watchdog report.

Democrats who control the General Assembly rejected a plan for a bipartisan special committee to investigate wrongdoing at the Virginia Parole Board, opting on Wednesday to fund a limited investigation into controversy involving one case.

The limited investigation authorizes Attorney General Mark Herring, in consultation with Gov. Ralph Northam and other Democratic leaders, to choose a law firm to investigate how and why allegations of wrongdoing at the parole board were not included in one state watchdog report last year. The cost could be up to $250,000.

Senate Republicans pushed to create a special committee with subpoena power to investigate the bigger picture of an ongoing scandal involving the parole board. That proposal died on a partisan vote of 21-19, but Sen. Joe Morrissey, D-Richmond, asked detailed questions about the plan and said there may come a time when such a committee is necessary.

Republicans — led by Sens. Steve Newman, R-Lynchburg, and Mark Obenshain, R-Rockingham — said a bipartisan investigation would be open and transparent, while the proposal from Northam for a limited investigation would be done under a contract with the attorney general’s office, and records would be exempt from the Freedom of Information Act.

Sen. Scott Surovell, D-Fairfax, said a special committee would require too much work by lawmakers. “I didn’t sign up to be in a full-time legislature,” he said. And the governor’s proposal, he said, was exactly the investigation that had been requested.

But the investigation the General Assembly approved directs a law firm to look into how the Office of the State Inspector General investigated only one case involving the parole board.

“The scope is nowhere near correct,” said Newman, who warned there would come a day when a fuller investigation will be needed.

Republicans in the House and Senate brought up things that the investigation won’t go into, like allegations that the former parole board chairwoman released more than 100 parolees from supervision unilaterally and without any recommendation, and that she had notifications turned off for the surrogate grandmother of a murder victim when the killer was going to be paroled.

“We were told that we would have a full investigation into the parole board matter,” said House Minority Leader Todd Gilbert, R-Shenandoah. “Madam Speaker, you and I both know that something is very rotten at the parole board. We know this because we got a full packet of information from a whistleblower about what is going on.”

Lawmakers debated the issue Wednesday when they convened to consider the governor’s amendments to legislation passed earlier this year.

The ongoing scandal began last year when the Office of the State Inspector General began finding misconduct by the parole board. OSIG completed reports saying the parole board and its former chairwoman, Adrianne Bennett, now a judge in Virginia Beach, violated state law and policy, including at times not notifying the family of victims that convicted killers were being paroled.

The lead OSIG investigator, Jennifer Moschetti, provided records to lawmakers earlier this year and filed a lawsuit acknowledging she had done so and asking for whistleblower protection.

Some of the records that were obtained by news media, including the Richmond Times-Dispatch, related to the parole board’s release last year of Vincent Martin, who was convicted in the 1979 killing of a Richmond police officer. While the final OSIG report was six pages, a longer report of 13 pages — apparently a draft — contained more allegations of wrongdoing.

Moschetti’s lawsuit accused Herring’s office of sanitizing the report and said the governor’s staff was so intimidating in a meeting with OSIG about the case that Inspector General Michael Westfall feared for his job.

Westfall reports to the governor, who appoints the five members of the parole board.

The attorney general and governor’s office deny those allegations. Westfall fired Moschetti, who then dropped her lawsuit. But several OSIG investigations of the parole board apparently remain pending, and it’s unclear if Westfall plans to complete them.

The probe approved by lawmakers relates to how OSIG looked into the parole board’s handling of the Martin investigation.

Del. Mark Levine, D-Alexandria, said he reached out to Northam’s general counsel, Rita Davis, and she wrote back to tell him what the investigation will cover.

An independent third party will look into whether the final inspector general report on the Martin case resulted from normal office practices or from any undue political influence, and it should determine the reasons OSIG omitted some material in its final report, Levine said.

The investigator should determine whether OSIG substantiated the allegations in the longer Martin report that were not included in the final report, he said.

A report is supposed to be completed by June 15.

The parole board and marijuana dominated Wednesday’s debates, but the assembly also approved all of Northam’s 18 proposed amendments to the two-year state budget.

Several of the amendments addressed potential uses of federal COVID-19 emergency aid — primarily for Medicaid and child care — until the General Assembly meets in special session later this year to determine how Virginia will spend billions of dollars in funding under the American Rescue Plan Act enacted on March 11.

Sen. Mark Obenshain is among the Republicans who oppose Gov. Ralph Northam’s proposal for a limited probe.

The limited investigation authorizes Attorney General Mark Herring, in consultation with Gov. Ralph Northam and other Democratic leaders, to choose a law firm to investigate how and why allegations of wrongdoing at the Virginia Parole Board were not included in one state watchdog report.