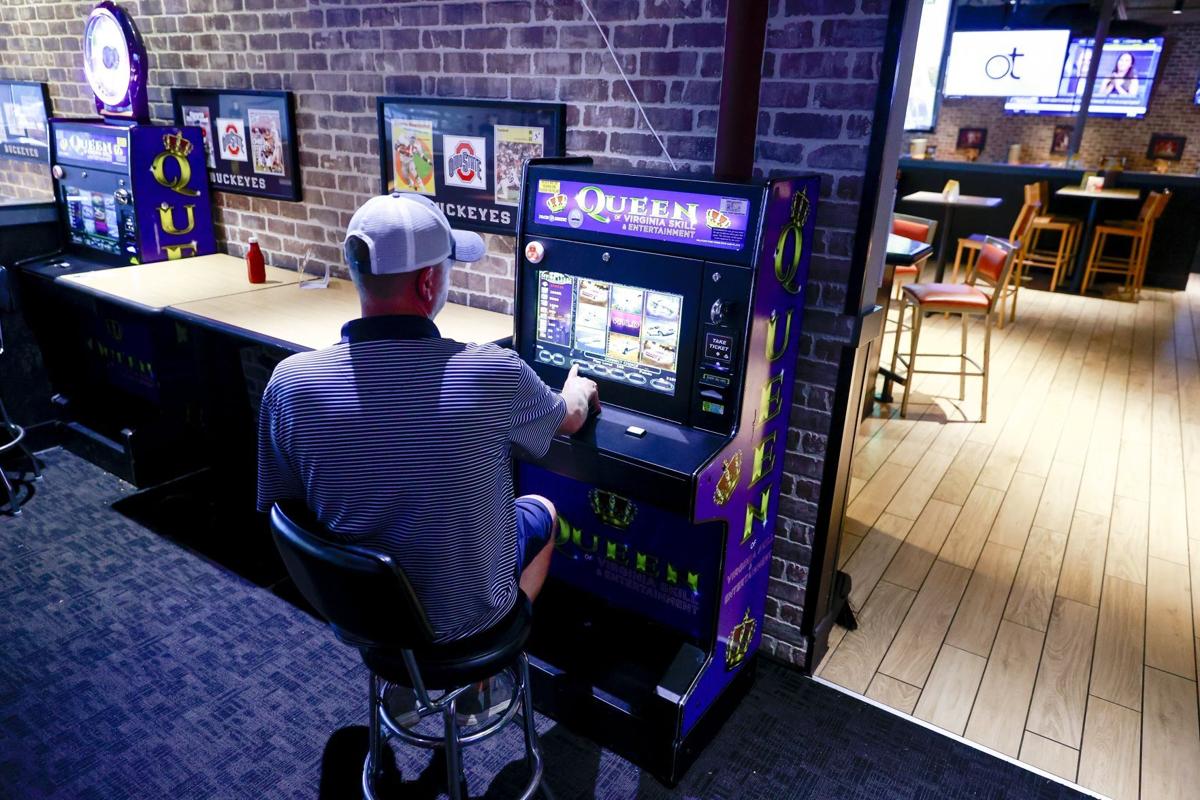 A judge granted an injunction this week that allows electronic skill games to operate in Virginia. 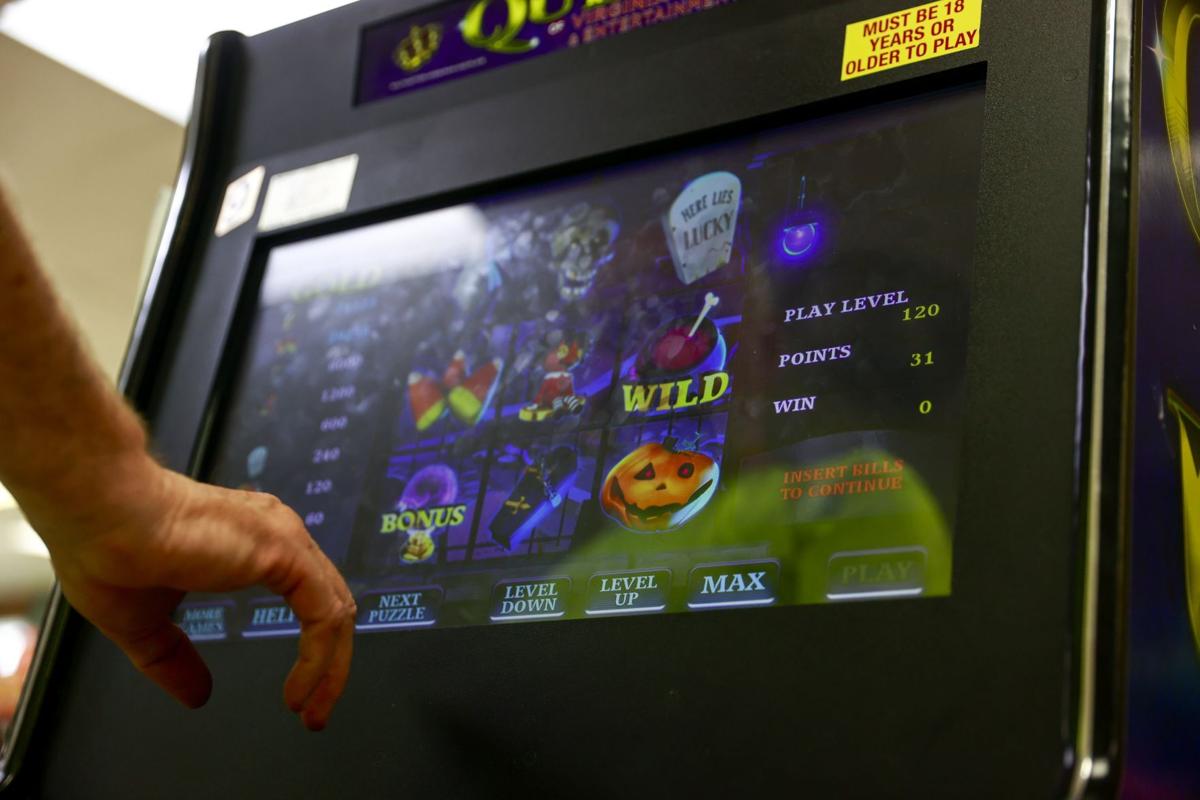 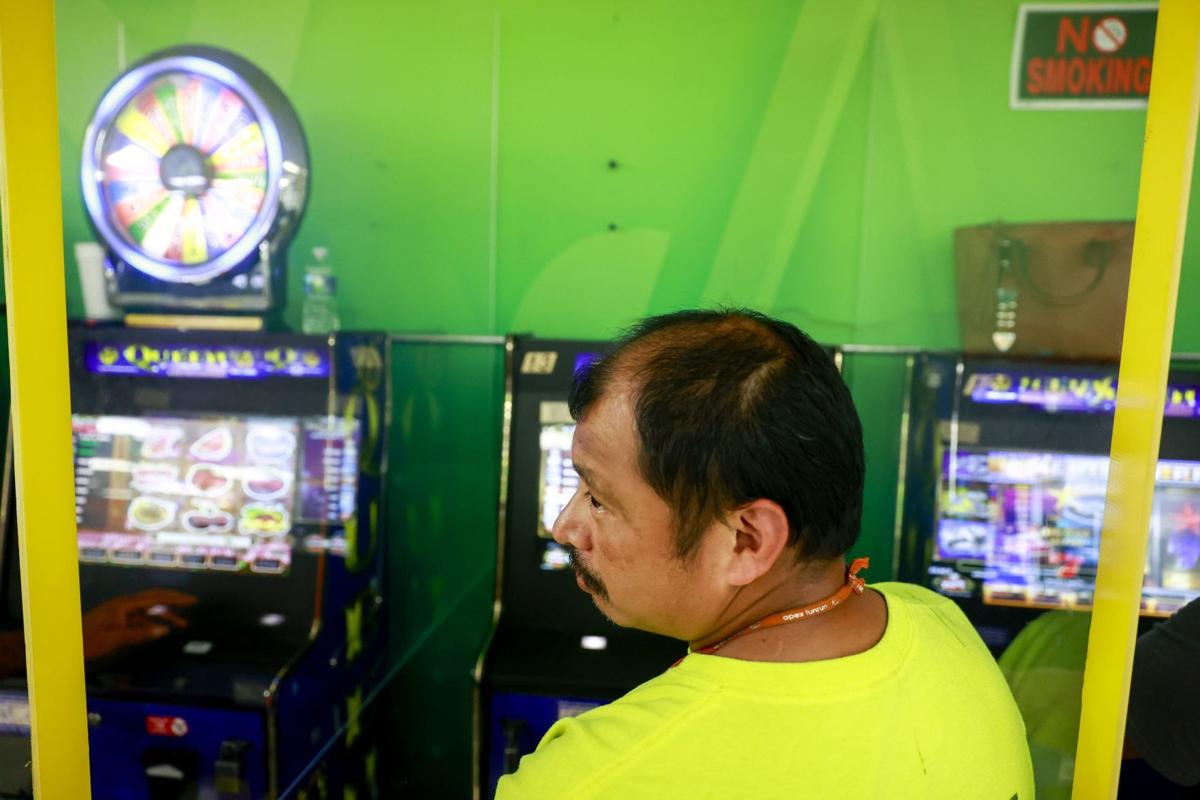 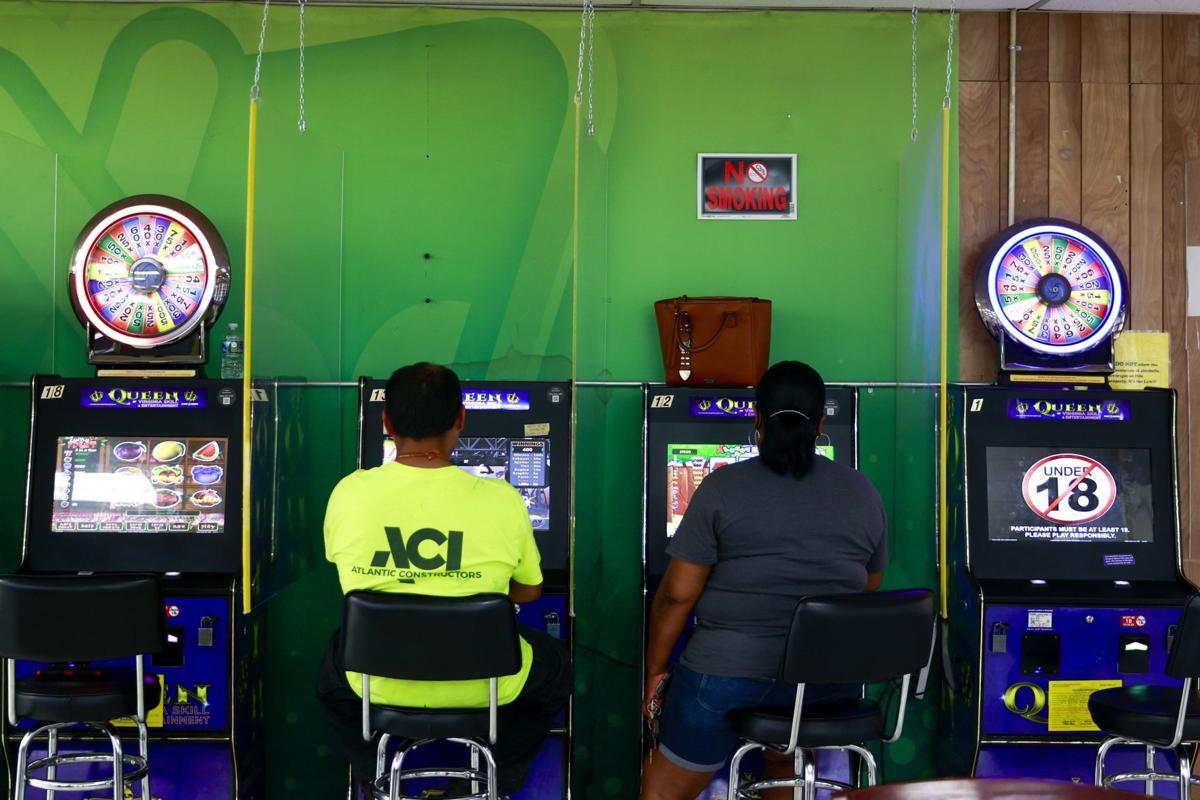 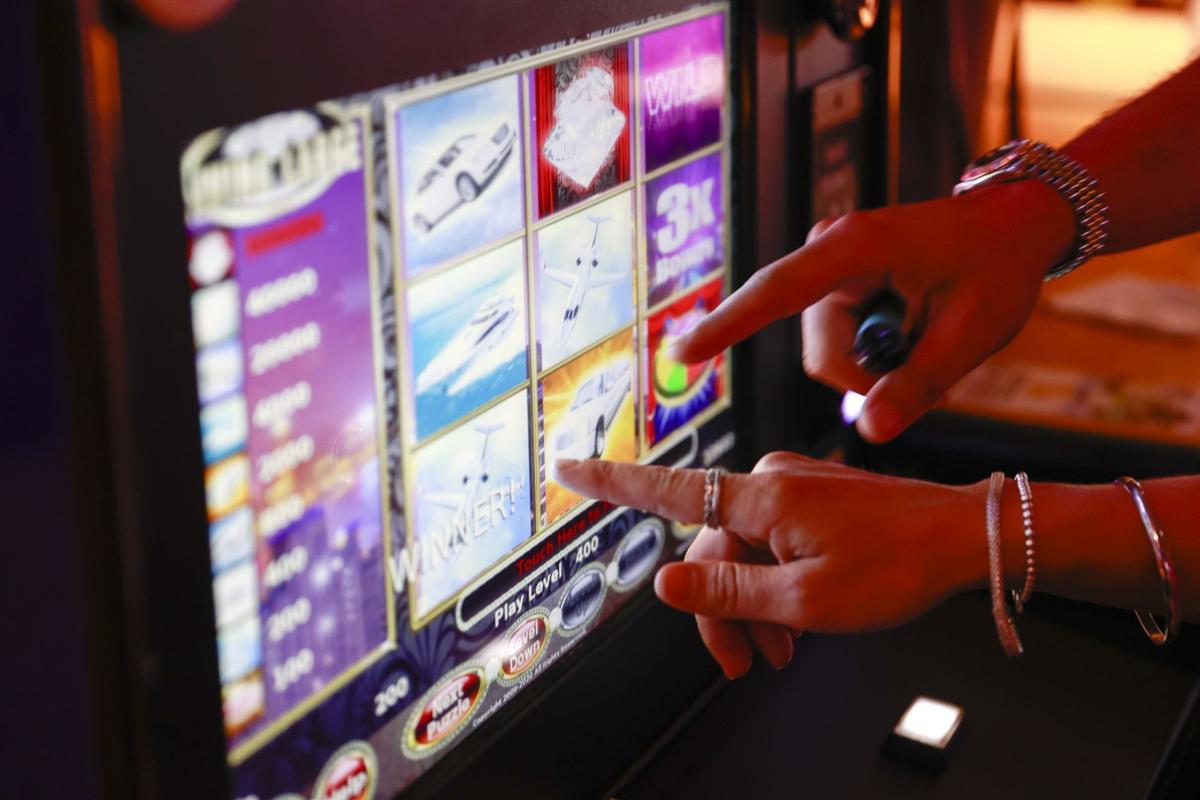 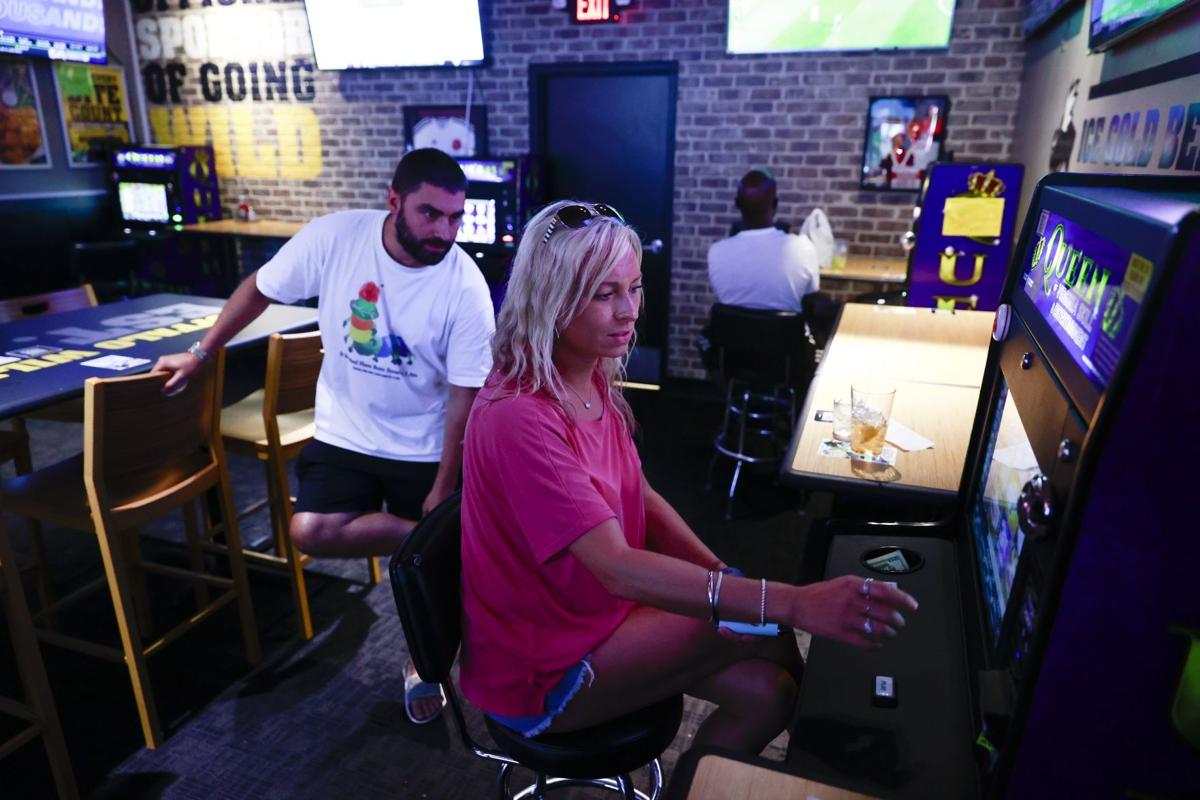 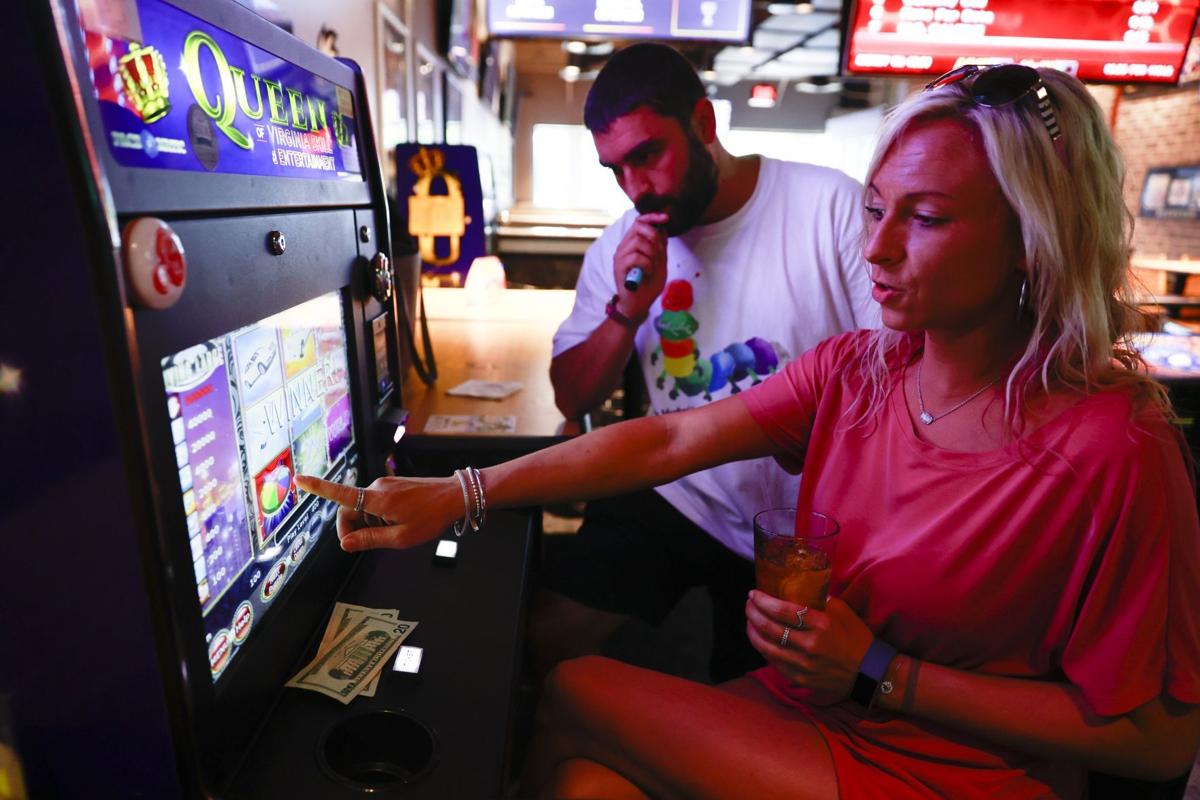 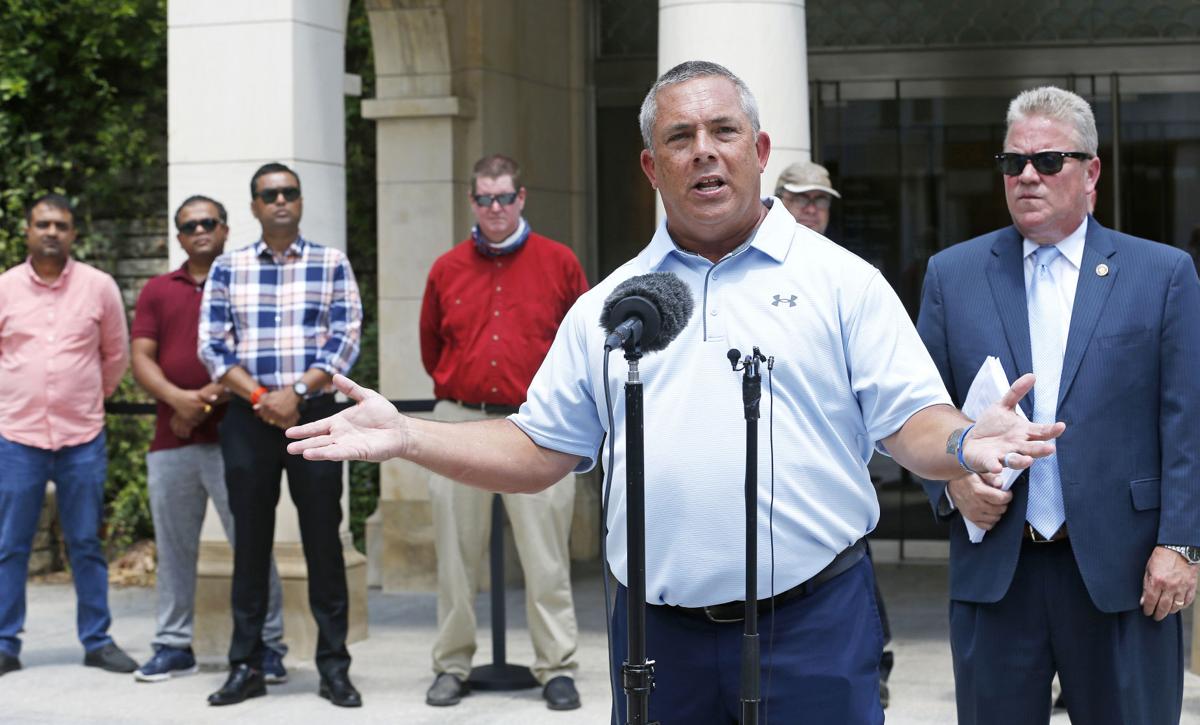 Hermie Sadler speaks in June about the suit filed on his behalf by Sen. Bill Stanley, R-Franklin County (right). Behind them are business owners affected by the ban on skill games.

Electronic skill games have been lighting up in truck stops, convenience stores and restaurants across Virginia since Monday night, when a judge in Greensville County imposed an injunction that blocks state enforcement of a ban that lawmakers rushed to impose last year at the same time they opened the state to a wide range of legalized gambling, including casinos.

Judge Louis Lerner, a retired circuit court judge in Hampton who presided over the case, granted an injunction preventing Gov. Ralph Northam and other state officials from enforcing the ban on skill games. The injunction lasts until May 18, when Lerner is expected to rule on the constitutional challenge to the prohibition after a final hearing.

Until then, the battle over the legality of electronic skill games will shift back to the General Assembly, which banned them on the eve of the COVID-19 pandemic and then allowed them to operate another year as a way to generate revenue for the state.

The Virginia Department of Alcoholic Beverage Control lost its authority to regulate and tax the machines when the ban took effect on July 1, depriving the state of more than $130 million a year in revenues and removing any state oversight of the games.

“Now, the legislature should be a little bit more motivated to fix it,” said Hermie Sadler, a retired NASCAR driver who sued the state on behalf of his businesses, including a truck stop in Emporia that he said has operated similar games since 1983.

The political game also has changed in Richmond, where Glenn Youngkin will be inaugurated as governor next month, bringing an open mind to “the responsible expansion of gaming in the commonwealth,” according to a transition aide who asked not to be identified on Tuesday.

“With five major casinos, sports betting, Virginia Lottery, horse racing, and pari-mutuel wagering, the most important thing at this point is to ensure all of these areas are appropriately regulated to maximize value to the commonwealth and ensure safeguards for Virginians,” the aide said. “Glenn is not opposed to the expansion of skill games, charitable games, or video game terminals in Virginia.”

“I think the judge is incorrect and we do have the power to ban them,” Howell said Tuesday. “I don’t see any social value to them, so I’m going to continue to oppose their presence in Virginia.”

Norment could not be reached for comment on Tuesday.

State Sen. Bill Stanley, R-Franklin County, the lead attorney for Sadler’s challenge, said the judge raised a high bar for legislators to clear in attempting to ban the games by signaling that he views the prohibition as a violation of constitutional rights to free speech and due process.

Stanley quoted Lerner, ruling from the bench, as saying, “‘No matter where you live, the First Amendment exists.’”

Northam said he tried last year to craft legislation that would legalize, regulate and tax the electronic games, whose vendors claimed to be legal games of skill rather than illegal games of chance.

“His proposed legislation would have taxed the games at 35 percent and directed the revenue to Virginia’s most at-risk public school students,” spokesperson Alena Yarmosky said Tuesday. “The skill games industry opposed the 35 percent tax rate and the General Assembly killed that bill.”

“Instead, the General Assembly voted to ban the games outright,” Yarmosky said. “But as COVID-19 began to decimate our nation’s economy last year, the governor in March 2020 proposed a one-year delay of this ban.”

“The governor is grateful that the [assembly] agreed to delay the ban by one year to allow the convenience stores, truck stops, restaurants and other establishments a year to prepare for their phase-out,” she said, without commenting on the judge’s ruling directly.

Attorney General Mark Herring, whose office defended the ban, had no comment on the judge’s ruling. Attorney General-elect Jason Miyares, who voted for the ban last year and against Northam’s proposal to allow a one-year delay, said Tuesday, “I plan to review the litigation during this transition period so that my team and I are ready to discuss the litigation with legislators and the affected parties.”

The victory was sweet for Sadler, who immediately went with Stanley to Sadler Travel Plaza, his truck stop in Emporia, to turn on seven skill game machines there that had been dark since July 1.

“We had a kind of a ceremonial flipping of the switch,” he said.

Sadler and his company, Sadler Brothers Oil Co., operate 41 skill machines at 10 truck stops and Slip-In Food Marts stores, but his legal triumph also was celebrated by other skill game vendors and business owners who showed up outside of the Greensville Courthouse in Emporia to support him.

Sadler, an Emporia native, said he never wanted to sue the state, but considered it a last resort after failing to get answers from legislators about their opposition to the skill machines. They banned them at the same time they opened Virginia to casinos, sports betting and internet lottery sales, and expanded the scope of historical horse racing machines that look like slot machines.

“They wanted us out of the way when the casinos started coming into the state,” he said. “That was the reason for all of this.”

Sadler was so uncertain about the outcome of the lawsuit that he said, “I thought I was going to throw up” as Lerner prepared to announce his decision.

“I never tried to climb a mountain that high,” he said.

A judge granted an injunction this week that allows electronic skill games to operate in Virginia.

Hermie Sadler speaks in June about the suit filed on his behalf by Sen. Bill Stanley, R-Franklin County (right). Behind them are business owners affected by the ban on skill games.