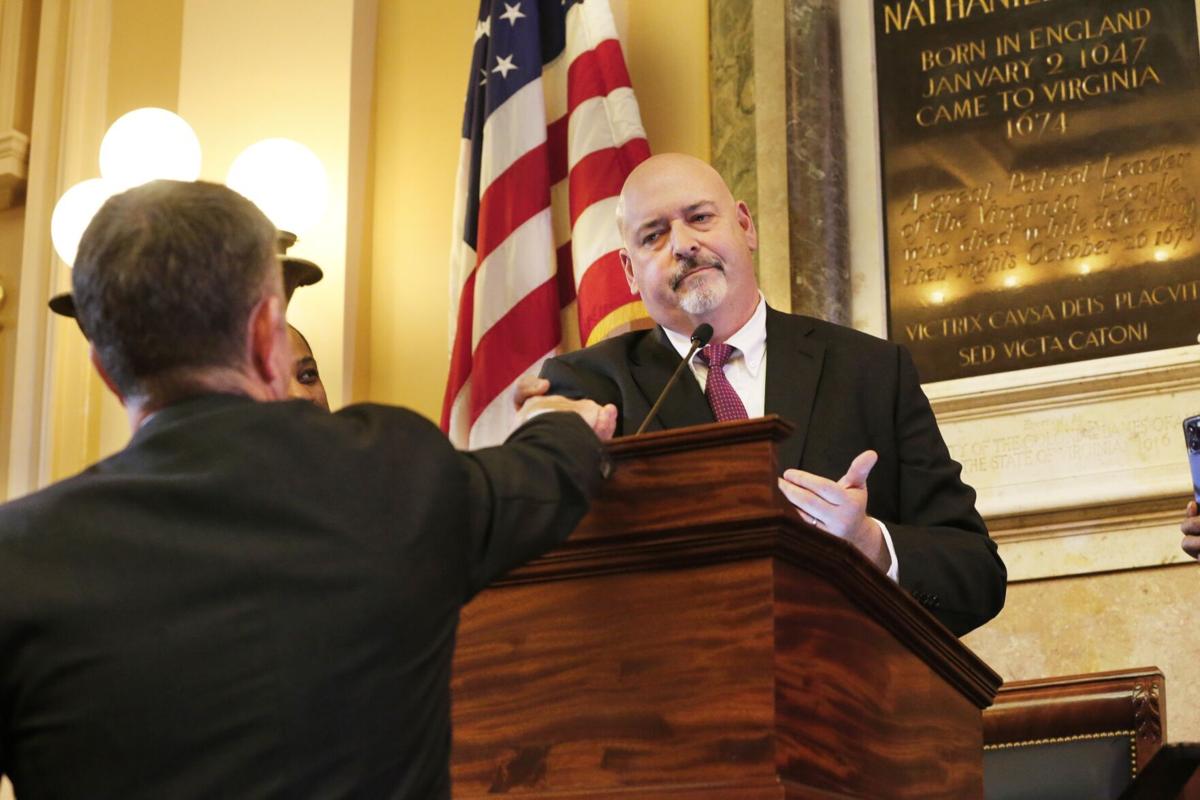 House Speaker Todd Gilbert, R-Shenandoah, greeted Gov. Ralph Northam as he arrived to deliver his final speech on Wednesday. Gilbert introduced Northam, then criticized him in a scathing post on Twitter. 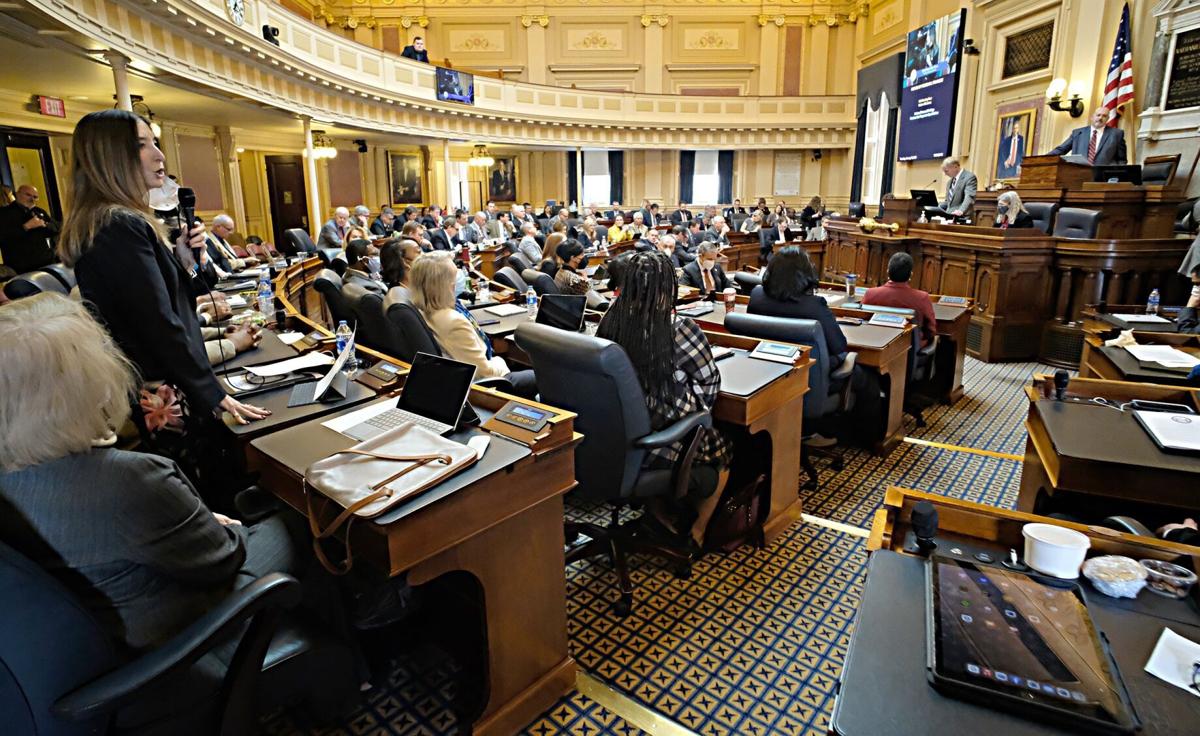 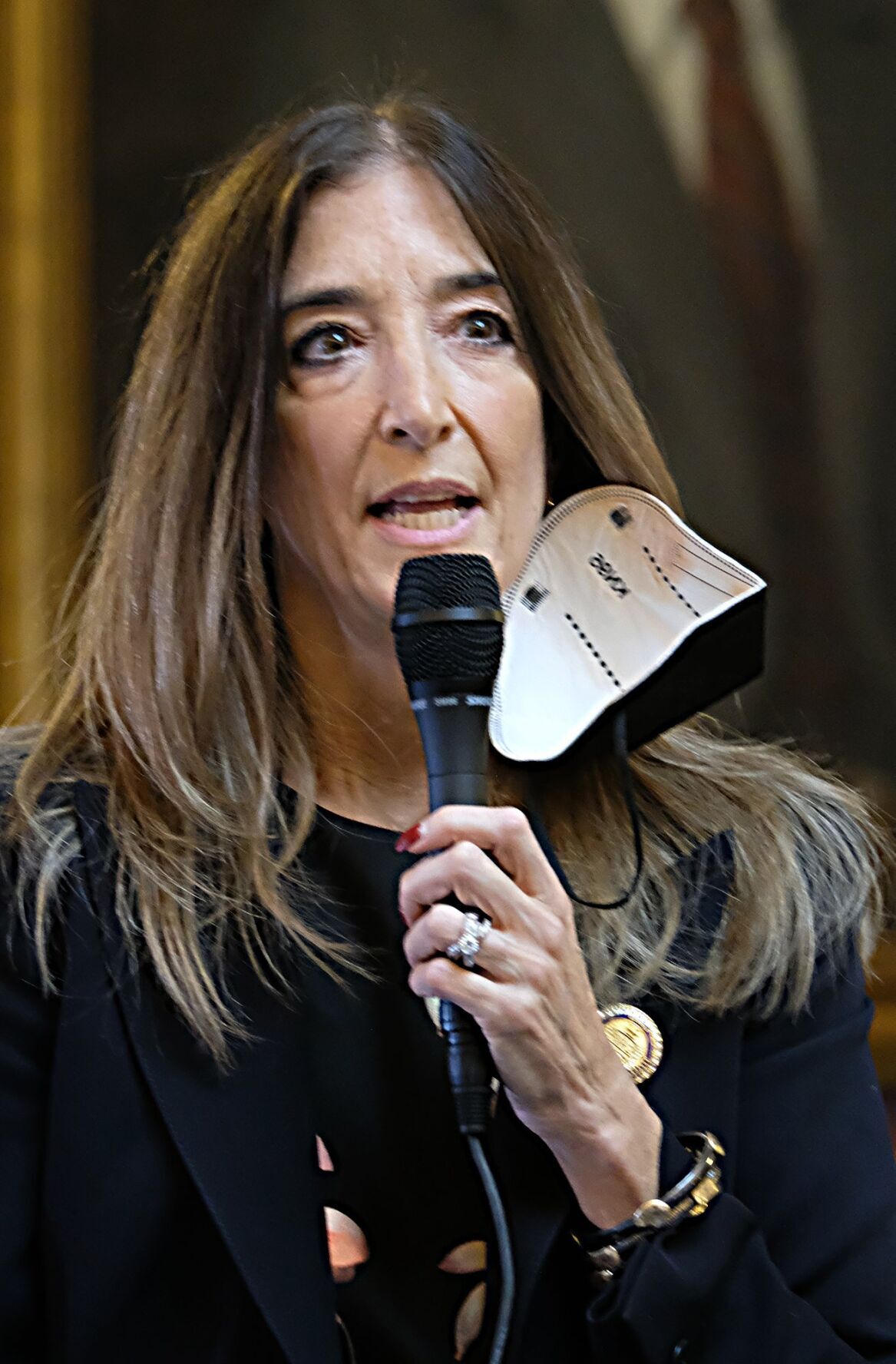 Former House Speaker Eileen Filler-Corn, D-Fairfax (right), criticized her successor, House Speaker Todd Gilbert, R-Shenandoah, for lashing out at Northam on Twitter during his final State of the Commonwealth address.

Filler-Corn said in a floor speech on Thursday that Gilbert had taken an oath to be speaker for all Virginians. She said his words on Twitter “written during the governor’s speech,” did not live up to that oath and that his tweet was “not just wrong” but “reprehensible.”

Gilbert sat behind Northam on the dais in the House chamber on Wednesday night. He lambasted the Democratic governor’s speech on Twitter, a reaction that contrasted with his party’s formal — and more muted — response.

“Ralph Northam is leaving office as his own lost cause, condescendingly lecturing us all from some assumed moral high ground because he read the book ‘Roots’ and then went on a non-stop reconciliation tour,” Gilbert said, referring to the Alex Haley novel about American slavery and its aftermath. “Saturday can’t come fast enough.”

“Your comments yesterday would have been offensive in any private or public place in [Virginia],” Filler-Corn said Thursday.

“But to believe that it was acceptable to do it from ... this seat of power has even greater ramifications all across the commonwealth.”

All was civil at the outset of Northam’s speech, which began shortly after 7 p.m. Wednesday. In keeping with tradition, Northam and the new speaker shook hands as the governor reached the dais. After lawmakers took their seats, Gilbert said, “As speaker of the House of Delegates and president of the joint assembly, it is my pleasure to present to you his excellency, the governor of the commonwealth of Virginia, the honorable Ralph S. Northam,” prompting a standing ovation from lawmakers.

Northam resisted calls for his resignation during the 2019 blackface scandal following the disclosure of a racist photo on his page in his medical school yearbook. He committed the rest of his tenure to a focus on righting inequities.

“It has been a more tumultuous four years than I think any of us expected,” Northam said in his speech Wednesday night. “But the challenges have also been opportunities.”

Alena Yarmosky, a spokesperson for Northam, responded to Gilbert on Twitter Wednesday night:

“What a sad comment from someone who is supposed to have the most distinguished role on Capitol Square. May you hope to have half the moral clarity, compassion, and character of Ralph Northam.”

Gilbert, a delegate since 2006, was elected and sworn in on Wednesday as the 57th speaker of the House.

Armed with a damning report from the state’s inspector general, members of a legislative subcommittee are pushing to remove members of the Vir…

House Speaker Todd Gilbert, R-Shenandoah, greeted Gov. Ralph Northam as he arrived to deliver his final speech on Wednesday. Gilbert introduced Northam, then criticized him in a scathing post on Twitter.

Former House Speaker Eileen Filler-Corn, D-Fairfax (right), criticized her successor, House Speaker Todd Gilbert, R-Shenandoah, for lashing out at Northam on Twitter during his final State of the Commonwealth address.