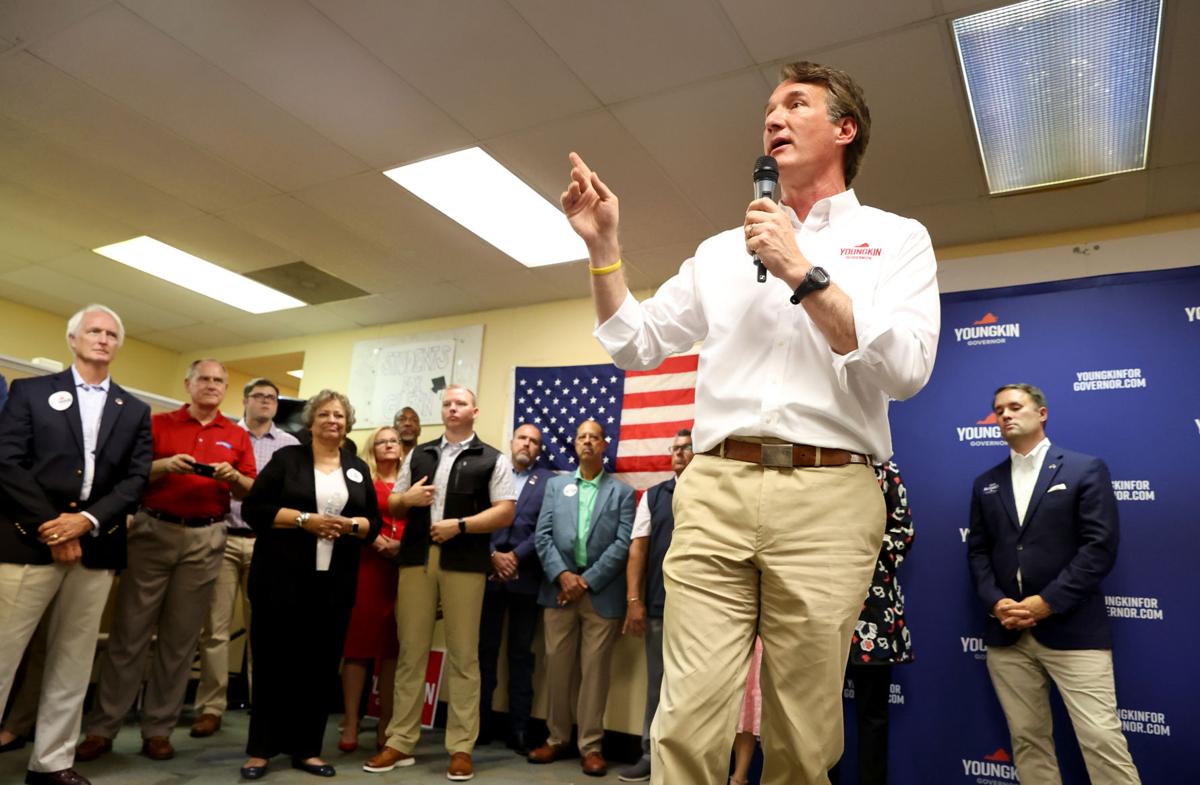 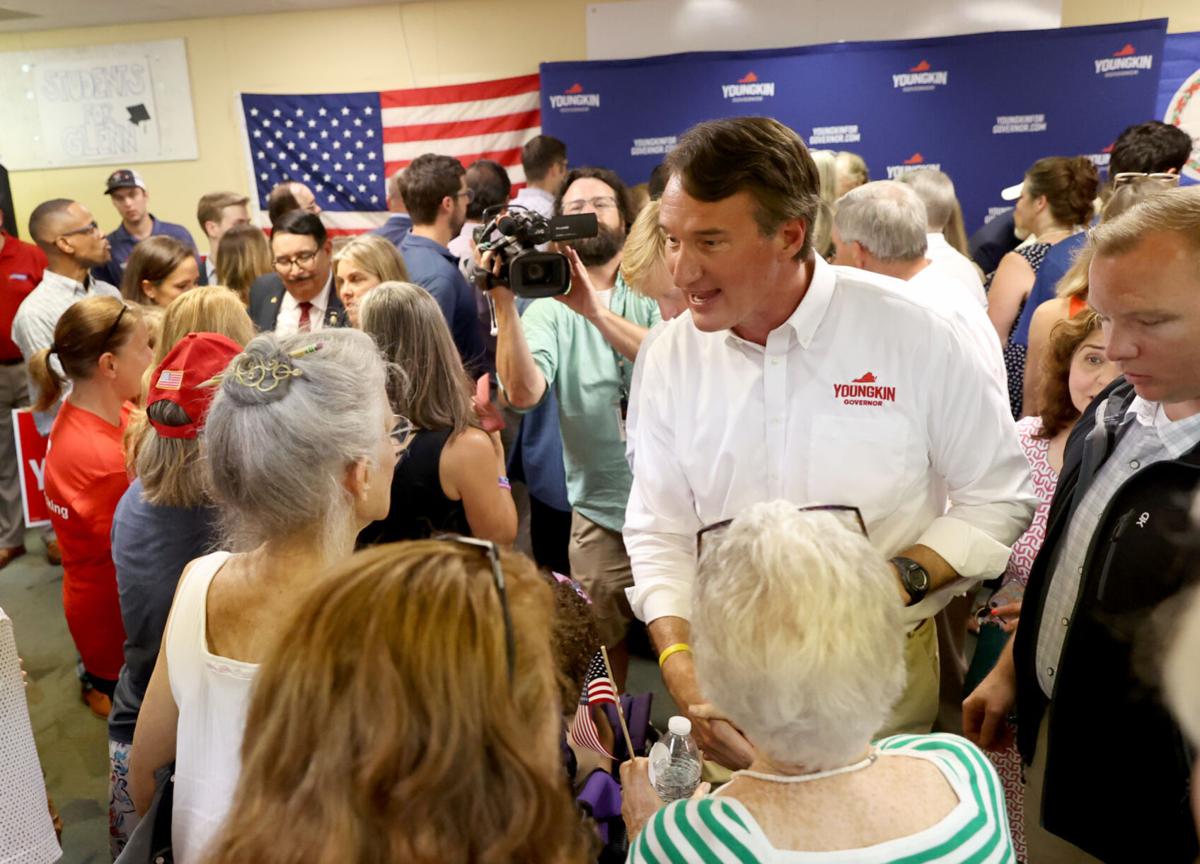 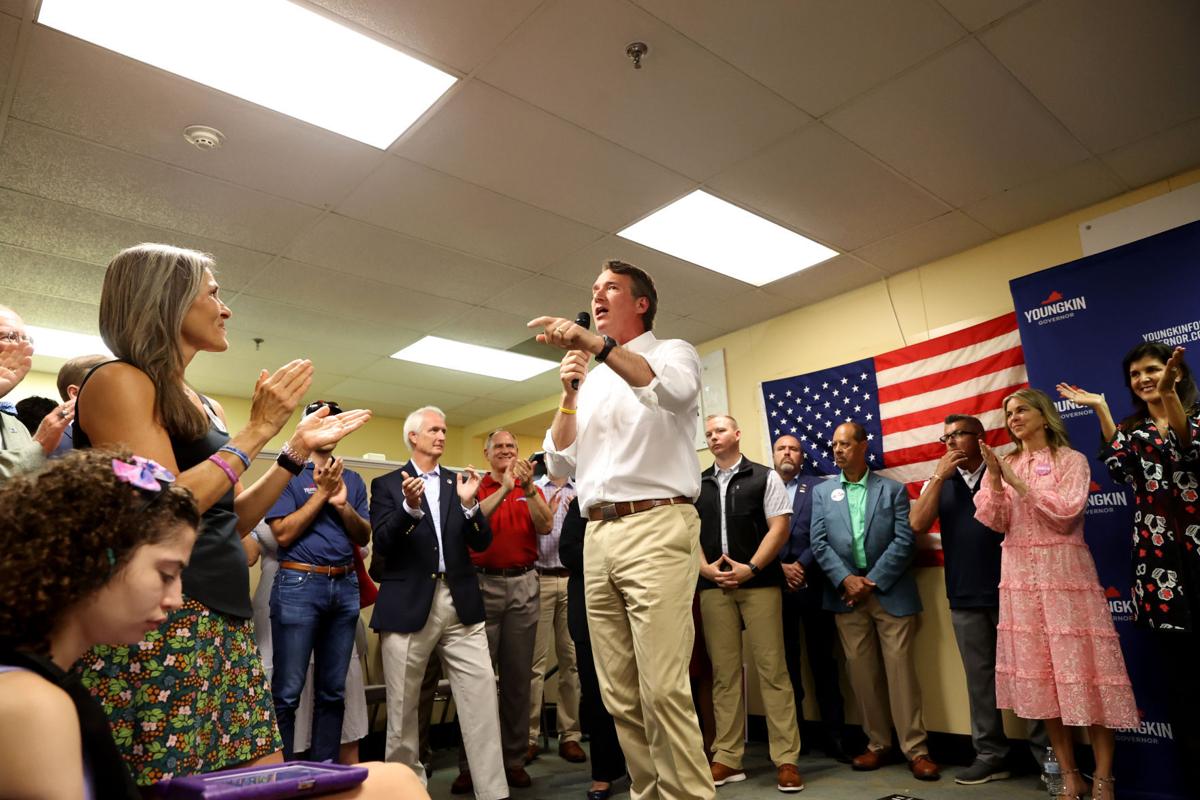 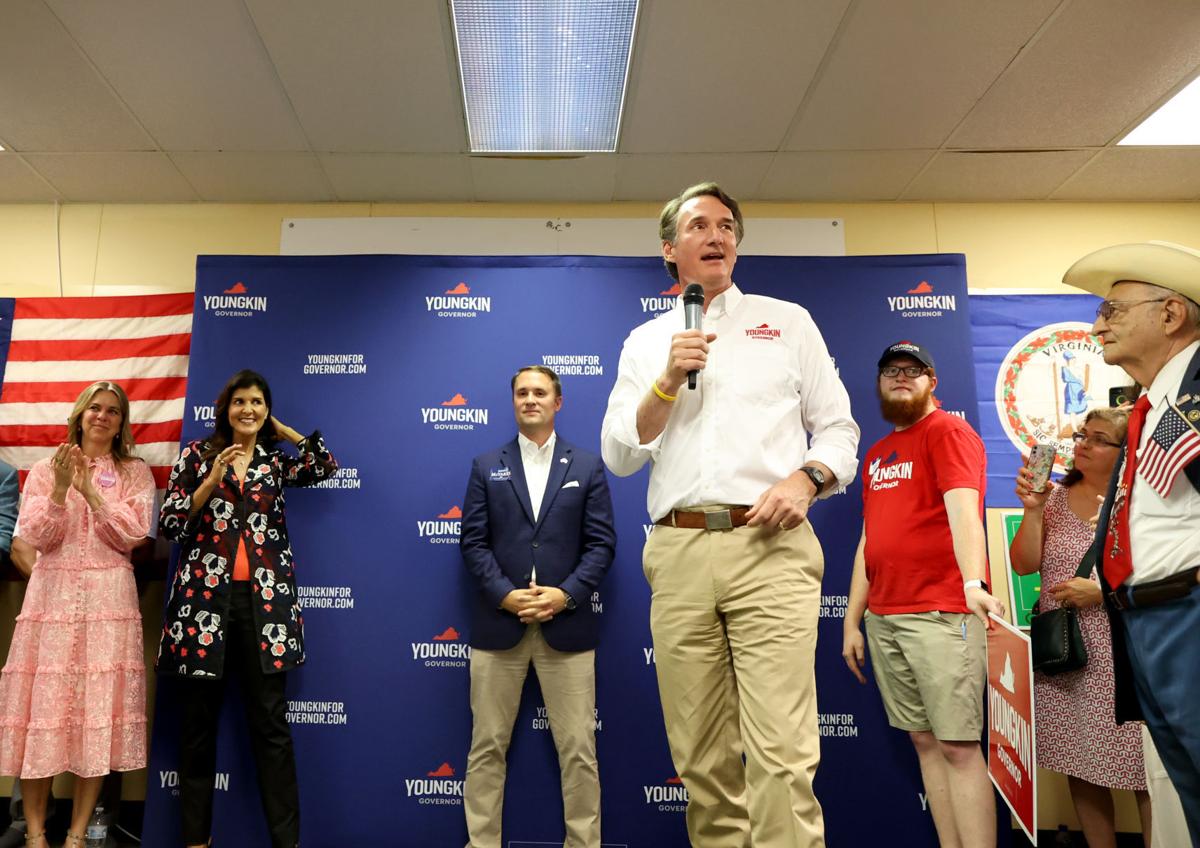 Virginia voters and political observers had anticipated a fresh look at the candidates for governor on July 24, in a traditional state bar association debate that had hosted the last nine men elected to the state’s top job.

For Glenn Youngkin, a new face for Virginia voters and someone who’s never held public office, the debate presented an opportunity to pitch his plans for the state and lay out his stances on key political issues.

Instead, Youngkin’s decision to skip the marquee event is drawing attention to the lack of detail in his policy plans for the state, which the campaign has been slow to produce, and is spotlighting topics on which the candidate has declined to take firm positions, like gun control and the legacy of former President Donald Trump.

While the campaign of Democratic nominee Terry McAuliffe accuses Youngkin of “hiding from Virginians,” the GOP nominee might also face pressure from his own party to firm up his public positions.

On Monday, Trump, who previously issued two statements of support for Youngkin to little fanfare from the candidate, surfaced again with a gloomy warning.

“He tried to skirt the issue by wanting my endorsement, yet walking on both sides of the fence. The Trump base is very large in Virginia, they understood his game, and they didn’t come out for Gillespie,” Trump said. “He got creamed!”

Gillespie, who also had never held public office but had served as chairman of the Republican National Committee and as counselor to President George W. Bush, lost to Democrat Ralph Northam by nearly 9 percentage points. Last year, Trump lost Virginia by 10 points.

Political analysts say Youngkin may be reluctant to take firm positions on political issues that might alienate suburban moderates in the state’s key battlegrounds. Republicans lost control of the House of Delegates and state Senate in 2019 during a race that involved heated debate over gun control. During Trump’s re-election campaign in 2020, Virginia was not a presidential battleground for the first time since 2008.

“There’s a natural constituency in the Republican Party. By and large, they’ll vote for Republicans, whoever it is. It’s almost as if Youngkin is winking at them,” said University of Richmond professor Carl Tobias, who tracks state politics. Youngkin is also targeting more moderate or independent voters, in the suburbs of Virginia’s urban crescent that runs from Northern Virginia through greater Richmond, to Hampton Roads.

“He’s hoping to get those voters, too, and put together a coalition by not revealing his views,” Tobias added. “I think he’s trying to have it both ways and by not committing, it’s possible he could pull that off. But I don’t think that’s a winning strategy.”

Youngkin’s campaign said he declined to participate in the Virginia Bar Association’s debate, which has kicked off general election campaigns for governor since 1985, out of concerns that the moderator, journalist Judy Woodruff, was compromised due to a $250 donation to a Haiti disaster aid fund in 2010 run by the Clinton Foundation.

McAuliffe is close friends with Bill and Hillary Clinton. (He co-chaired President Bill Clinton’s 1996 re-election campaign and chaired Hillary Clinton’s 2008 campaign.) The Youngkin campaign said it unsuccessfully requested that a segment of the debate be dedicated to jobs and the economy.

The decision to skip the debate came just days after a liberal news outlet released a video of Youngkin discussing abortion during a campaign stop. In the video, produced by the Undercurrent, which terms itself a “grassroots political web-show,” Youngkin says he “can’t” talk during his campaign about curtailing public funding for Planned Parenthood clinics because it could hurt his chances of winning the governorship.

“When I’m governor and I have a majority in the House, we can start going on offense. But as a campaign topic, sadly, that in fact won’t win my independent votes that I have to get,” he says in the video, unwittingly speaking to an advocate with a liberal group who indicated to Youngkin that she opposed abortion.

In a statement, Youngkin’s campaign said the comments were “deceptively recorded” and demonstrate that he “says the same thing no matter who he is talking to.”

Youngkin, a former private equity executive, has from the outset described himself as a political outsider, and in stump speeches has derided the government for moving too slowly and too inefficiently compared with the private sector. Some supporters hail him as someone who is not too entrenched in the state’s political machine, like McAuliffe.

His campaign, however, has been slow to produce details on some of his largest ideas, like a push to do away with the state’s individual income tax — a sizable source of revenue for the government.

In an April 26 interview, conservative talk-show host Larry O’Connor asked Youngkin whether he would explore the idea of reducing or eliminating income taxes.

“You bet,” Youngkin said. “In fact, we’re already working on it.” He added: “We are absolutely focused on not just getting our state income tax down, but how can we in fact eliminate it?”

In stump speeches, Youngkin has also talked about expanding “school choice” in the state, or programs that help parents enroll their children in schools other than the one they’re zoned for. The scale of school choice programs is small in Virginia compared with states like Florida, which has dozens of charter schools, publicly funded but privately run schools.

Youngkin has released little information about his vision for either of these proposals — potentially large overhauls for a four-year gubernatorial term.

The campaign has published five policy plans so far. Its first and its only published during the GOP convention vows to bring “election integrity” to Virginia and includes a proposal to restore a requirement for voters to present a government-issued photo ID to vote.

Youngkin has also issued a plan to “restore excellence to Virginia schools,” arguing the state’s education standards have fallen. In the plan, Youngkin says the state should open more acceptance-based governor’s schools.

The plan also includes: “Teach kids how to think, not what to think. Encourage critical thinking instead of Critical Race Theory,” or the teaching of systemic racism. It continues: “Remove politics from the classroom and teach all U.S. history — the good and the bad.”

Its most recent plan seeks to improve veterans’ access to public services; it includes a proposal to make it easier for veterans to transition into professions that require state licensure, like law enforcement, education and health care.

Youngkin’s campaign, through a spokeswoman, said it would continue to publish policy plans as the campaign continues. On Youngkin’s plan for tax reform, Macaulay Porter said Youngkin would continue to study the issue with advisers ahead of a formal proposal.

In the Richmond area on Thursday, McAuliffe offered up a new one: boosting higher education and workforce participation in the state by expanding the state’s free community college program.

Tobias said many voters who may be lukewarm on the former governor might nevertheless support him or stay out of the race amid uncertainty about Youngkin.

“At least you have a known quantity, love him or hate him,” Tobias said of McAuliffe.

Two topics that may come to exert pressure on Youngkin from his own base are the extent of his allegiance to Trump and his stance on gun control.

Manuel Bonder, a spokesman with the Democratic Party of Virginia, disputed the notion that Youngkin has completely alienated himself from Trump. Bonder pointed to comments from Youngkin during an interview in May with conservative talk-show host Chris Stigall, when he said “Trump represents so much of why I’m running.”

Gun control, particularly in Virginia, has fired up the conservative base. A rally in Richmond in early 2020 to protest Gov. Ralph Northam’s gun control proposals made national headlines for drawing tens of thousands to the vicinity of Capitol Square.

During the GOP nomination contest, Youngkin declined to fill out a survey issued by the National Rifle Association, prompting the group to issue the candidate a “?” rating on its website.

Youngkin frequently says during campaign stops that he supports the Second Amendment. The questionnaire has traditionally prompted more detail with questions about specific policies, like banning assault weapons or limits on handgun purchases.

Customarily, the survey has been considered part of the NRA’s endorsement process, which among other things, includes promotion among its grassroots network. 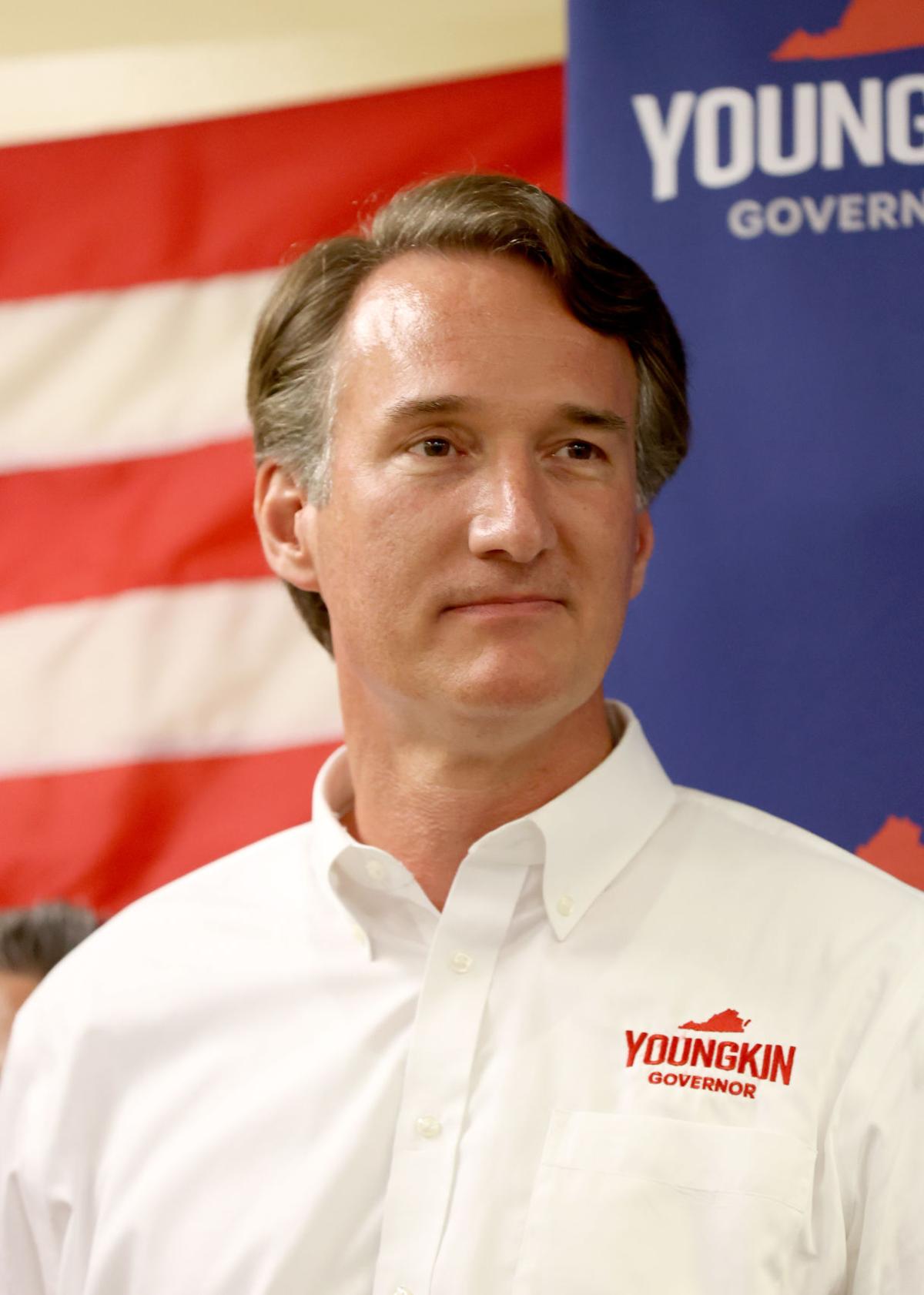