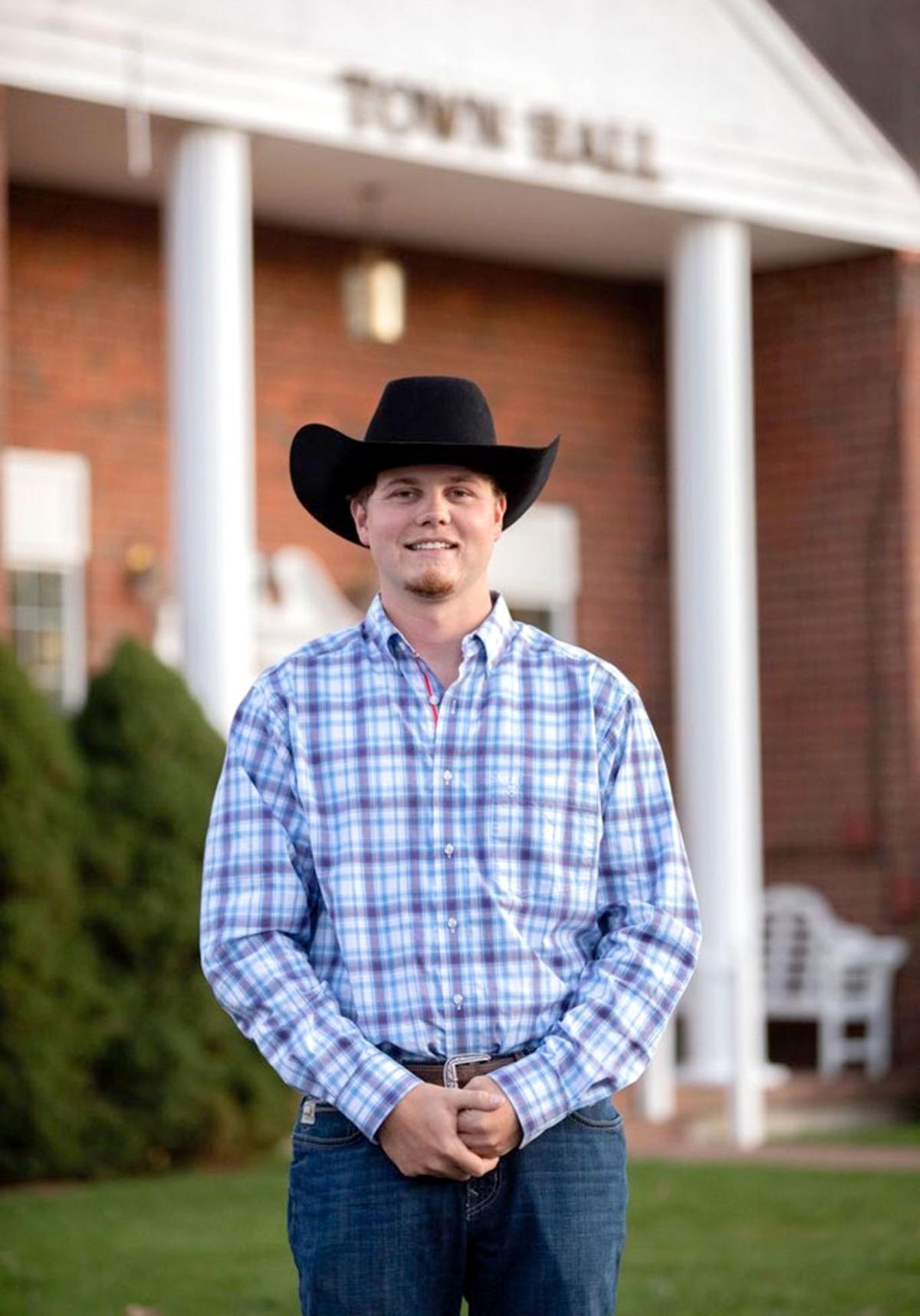 Luke Phillips, 22, will take office in January as the new mayor of Cedar Bluff. 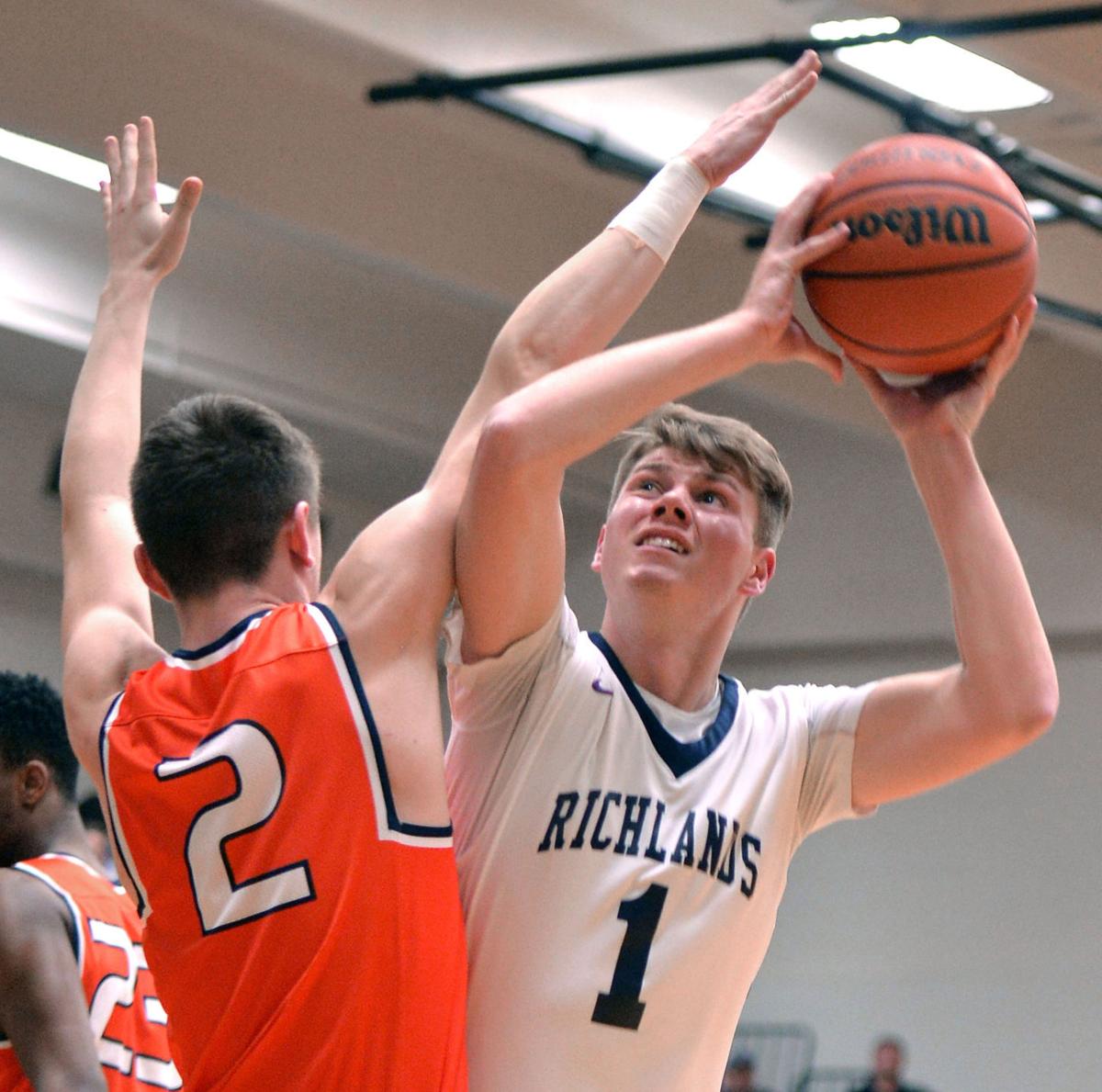 Luke Phillips was just elected the mayor of Cedar Bluff. He is pictured here in February 2017, playing basketball for Richlands High School.

Luke Phillips was relentlessly preparing for his senior basketball season at Richlands High School at this time four years ago.

A whole new type of challenge awaits him these days.

Phillips, 22, was just elected as the mayor of Cedar Bluff and will be sworn in next month as one of the youngest mayors in the history of Virginia.

He will take office in January and will work with the six-person Town Council in a community with a population numbering a little more than 1,000.

“During my four-year term, there are some things that I would love to see be done,” Phillips said. “I will strive to keep Cedar Bluff as clean and pristine as possible at all times. I would love to receive as many grants as possible to help improve our town in all different ways. I am going to strive to bring in more recreation for our youth and adults to be involved in. I also would like to see businesses brought into town and incentivize them to choose our town.”

A senior at Bluefield State College majoring in civil engineering and technology, Phillips currently works as an intern engineer for the town of Richlands.

Wanting to help the town he grew up in, Phillips threw his hat into the political ring.

“I had thoughts of getting on the ballot early on, but for lack of better words — I chickened out,” Phillips said. “After a ton of people reached out to me, I felt way more confident and decided to be a write-in [candidate] as it was too late to get on the ballot. ... I classify as a Republican. However, political parties at the local level do not exist, and I am very progressive at local levels.”

“Being a write-in is actually not a very hard process. ... Mainly you just had to get the citizens to fill in the ballot correctly, which was the hardest part,” Phillips said.

The coronavirus pandemic also made the election process different.

“Campaigning was tough due to COVID-19,” Phillips said. “There was no door-to-door campaigning. The main thing for me was getting my name out and using social media every day.”

Many folks in Tazewell County certainly were aware of Phillips’ hoops exploits.

The 6-foot-5-inch Phillips averaged 19 points, eight rebounds and six assists per game as a senior as Richlands posted the first regional tournament win in program history and advanced to the VHSL state tournament.

No boys hoops player in school history has scored more points than Phillips, who later played one season at Bluefield State.

Phillips said he got more amped up for a Southwest District showdown against rival Graham or a postseason hoops tournament than he did when it came to the evening when the votes were tallied.

“I honestly was not very nervous on Election Day,” Phillips said. “I knew that I had the right interests of the town in my heart and that the majority of the citizens knew that. If I was not elected, I would have still strived to make our town as great as possible.”

Phillips finished with a total of 204 votes to defeat Tonya V. Wicks (159) and Johnnie Smith (99) for the position.

As he holds office for the first time, Phillips said he doesn’t have plans to one day be governor or president.

“I am by no means a career politician,” Phillips said. “I honestly just truly care about my hometown that I’ve lived in my whole life. I felt I was the best candidate for the job, and the people of our town overwhelmingly spoke.”

Luke Phillips, 22, will take office in January as the new mayor of Cedar Bluff.

Luke Phillips was just elected the mayor of Cedar Bluff. He is pictured here in February 2017, playing basketball for Richlands High School.