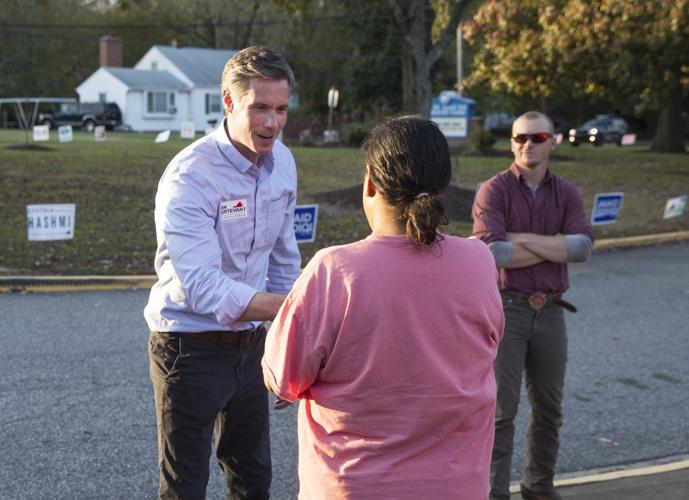 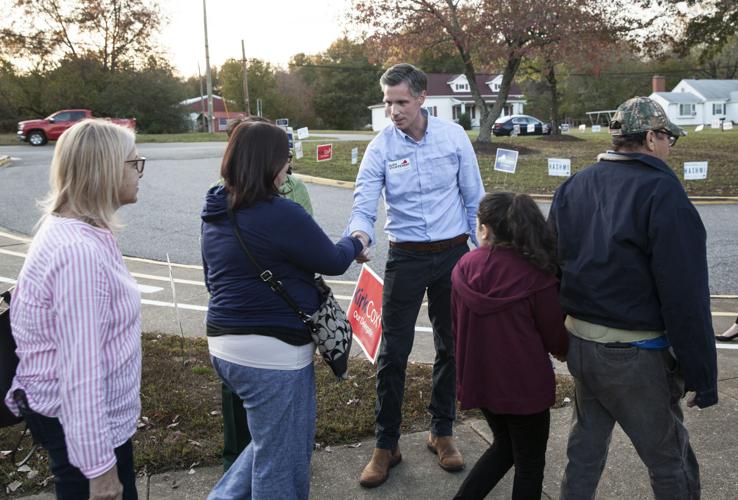 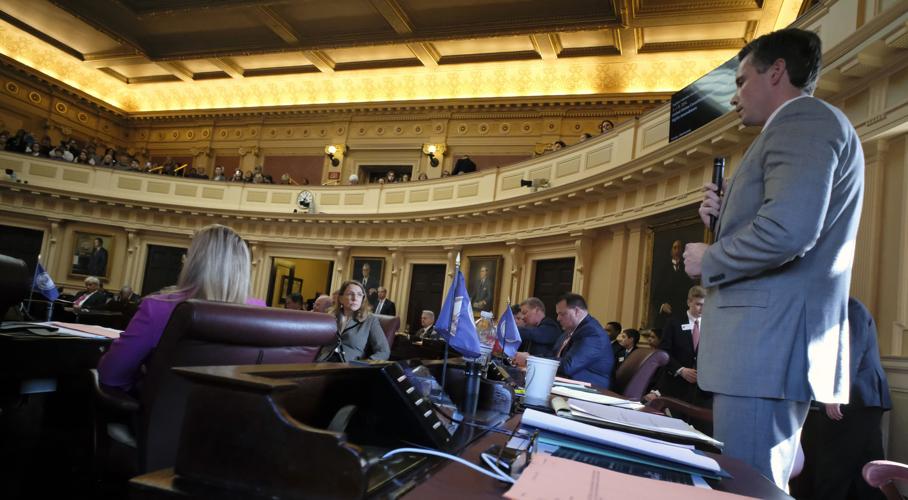 As a Republican state senator from Richmond, Glen Sturtevant (right) presented his resolution to ratify the Equal Rights Amendment at the state Capitol in 2019. The resolution passed by a vote of 26-14. 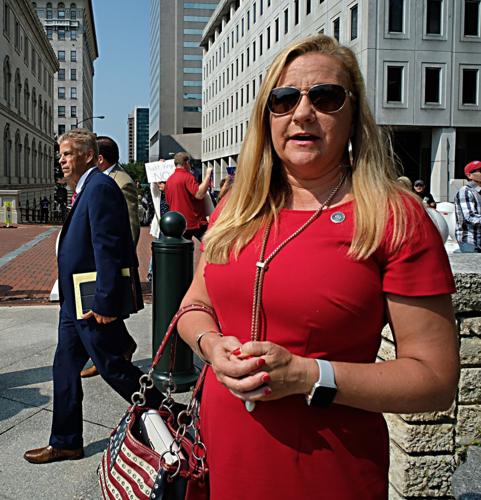 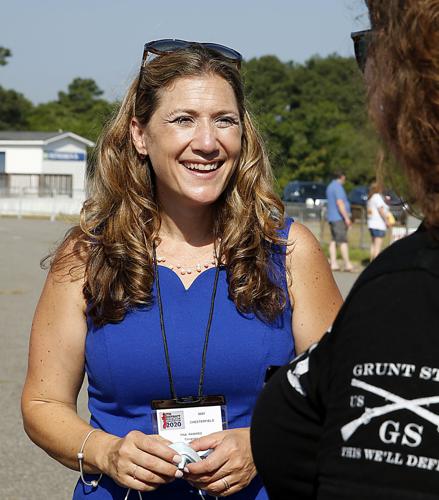 Former Sen. Glen Sturtevant, who lost his seat in 2019 after one term, will run for election next year in a new Senate district in Chesterfield County and Colonial Heights, setting up a three-way battle for the Republican nomination with Sen. Amanda Chase, R-Chesterfield, and businesswoman Tina Ramirez.

Sturtevant, 39, says he will seek the party nomination in the new 12th District under a political map the Virginia Supreme Court approved last month, which shifts the district from one side of the Richmond area to the other and leans it heavily Republican.

The new district does not include the incumbent senator for the 12th, Sen. Siobhan Dunnavant, R-Henrico, whose home in western Henrico County is now part of the new 16th District. But the new 12th does include the home of Chase, who currently represents the 11th District and recently dropped out of a GOP congressional nomination contest for the right to challenge Rep. Abigail Spanberger, D-7th.

“It is a brand-new, newly drawn Senate district,” Sturtevant told the Richmond Times-Dispatch. “There is no incumbent, though there are folks in office who happen to live there.”

Ramirez, who lost a primary battle to challenge Spanberger two years ago, recently declared her candidacy for the new Senate seat. She withdrew from the race for the Republican nomination in the new 7th Congressional District, which the court moved out of the Richmond suburbs and into Prince William County and the Fredericksburg area.

Democrats now hold a 21-19 edge in the Senate. The 12th District seat will be key to Republicans’ effort to regain control of the Senate next year — or potentially this coming November, depending on the outcome of a federal lawsuit seeking to force immediate elections in new legislative districts under the Supreme Court map.

Sturtevant was a rising star in the Virginia Republican Party after defeating former Chesterfield Supervisor Dan Gecker in a hard-fought election in 2015 in the 10th Senate District, which covers parts of Chesterfield, Richmond and Powhatan County.

He won that election by about 1,500 votes, succeeding longtime Sen. John Watkins, R-Powhatan, who retired after 34 years in the General Assembly. Sturtevant’s victory assured Republican control of the Senate during the long fight over expansion of Virginia’s Medicaid program, which he opposed.

Four years later, Sturtevant lost the 10th District seat to Democrat Ghazala Hashmi by more than 6,800 votes in a Democratic electoral wave that cost the GOP its majorities in the Senate and the House of Delegates.

Hashmi, faced with running in a new 12th District that voted strongly for President Donald Trump, has announced she is moving to the new 15th Senate District, a heavily Democratic area that covers Chesterfield and part of South Richmond.

The new 10th is a heavily Republican district that includes parts of 10 counties, including Hanover, Powhatan and Goochland, but not Chesterfield.

In seeking the new 12th District seat, Sturtevant, a lawyer in Richmond, is running on the same issues that propelled Republican businessman Glenn Youngkin into the governor’s office: opposition to vaccine and face mask mandates to fight COVID-19; blocking teaching anti-racist doctrines in public schools; boosting financial and political support for law enforcement; and cutting taxes to lower the cost of living.

“These are things that matter to most people in Chesterfield and Colonial Heights,” he said. “We need to have a state senator that can get Governor Youngkin’s agenda passed.”

Sturtevant sidestepped questions about how he would match up against Chase, a conservative firebrand who styles herself after Trump, and Ramirez, the founder of a nonprofit for religious freedom who also embraces conservative positions on public education.

“The voters are the ones who will make up their minds with that,” he said. “It’s important to have an effective, competent, conservative state senator for Chesterfield and Colonial Heights.”

Sturtevant said he decided to run for the Senate again in response to the events of the past two years, which were shaped by the COVID pandemic and the so-called reckoning on racial issues after the murder of George Floyd by a police officer in Minneapolis in the spring of 2020.

“I can’t sit on the sidelines and watch a lot of the things that have happened,” he said.

Sturtevant said he attended a meeting on Thursday of the Chesterfield School Board, which retained a requirement for students to wear face masks, despite Youngkin’s executive order, scheduled to take effect Monday, to ban the statewide mask mandate for public school students and give parents an opt-out from local school mask mandates.

“I support getting rid of the mandate,” he said.

Sturtevant said he is vaccinated against COVID and encourages vaccinations for Virginians, but not under government mandate, especially if it could cost people their jobs.

“It’s great that we have all of these vaccines,” he said. “People should be vaccinated if it’s the right decision for them, but it shouldn’t be mandated.”

Sturtevant also took aim at critical race theory, which was central to Youngkin’s campaign and those of House Republicans. The theory, centering on institutional racism in the U.S. dating to slavery, isn’t taught in Virginia public schools, and he said he aims to keep it that way.

Sturtevant intends to campaign on making communities safer and opposes any attempt to “defund police,” a demand that arose on the political left during the protests over police brutality against Black people, but generally hasn’t been done in Virginia.

“We can help lower the cost of living on Virginia families,” Sturtevant said.

As a financial wizard, Glenn Youngkin knows how to turn a problem into a profit.

As a Republican state senator from Richmond, Glen Sturtevant (right) presented his resolution to ratify the Equal Rights Amendment at the state Capitol in 2019. The resolution passed by a vote of 26-14. 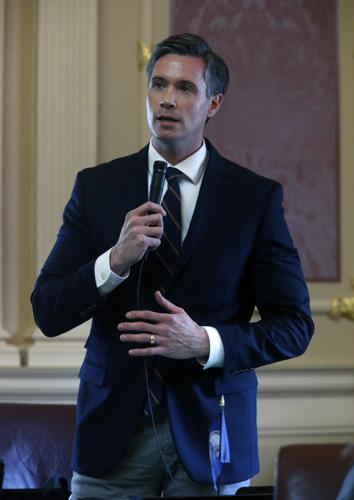 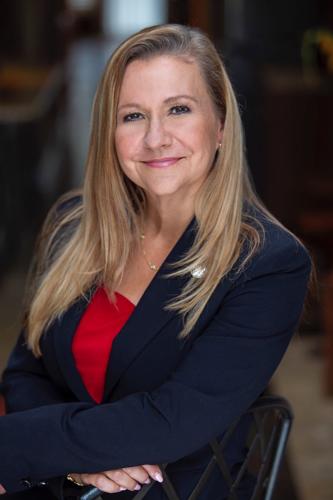 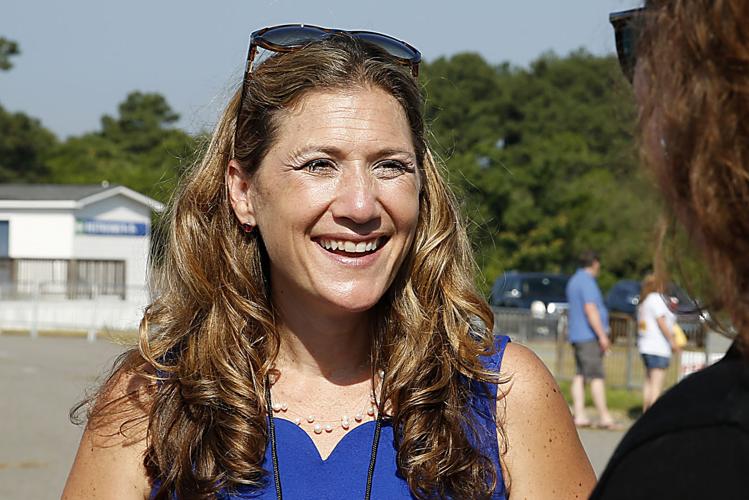