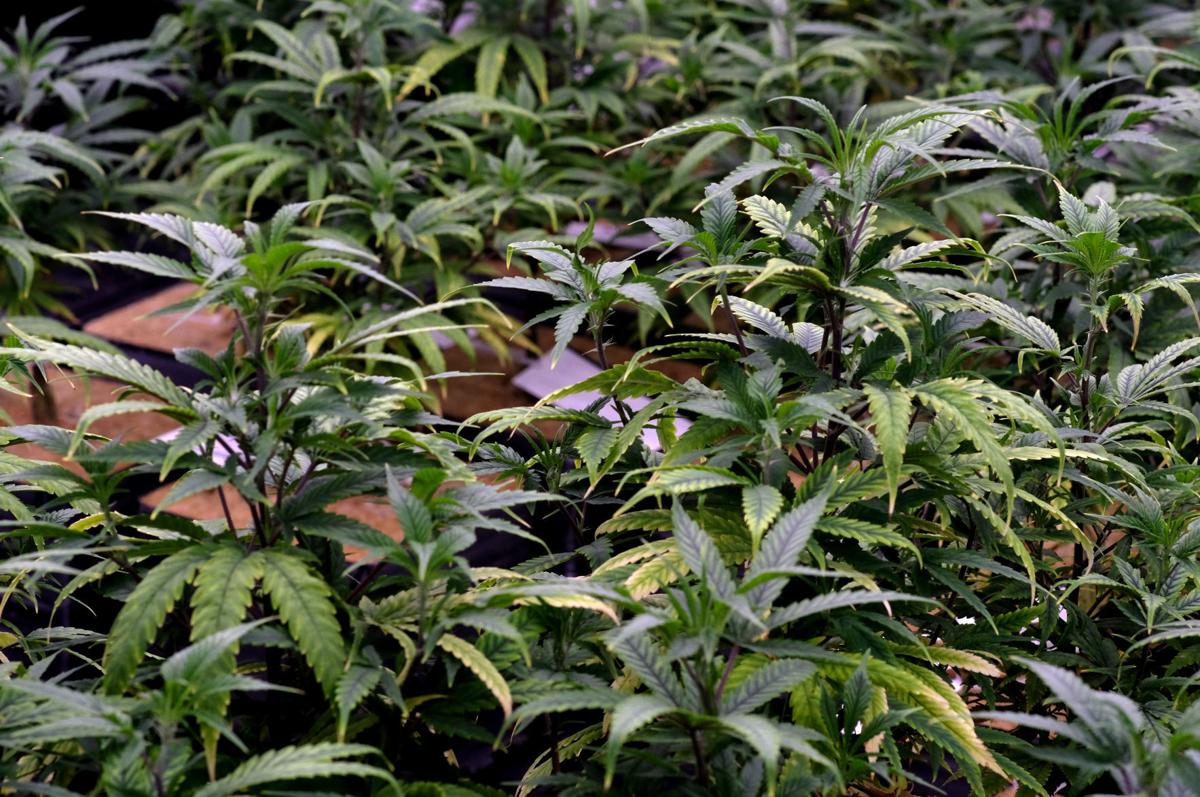 Lawmakers moved last spring to legalize the recreational use of marijuana. While simple possession will be legal starting July 1, retail sales won’t start until January 2024. 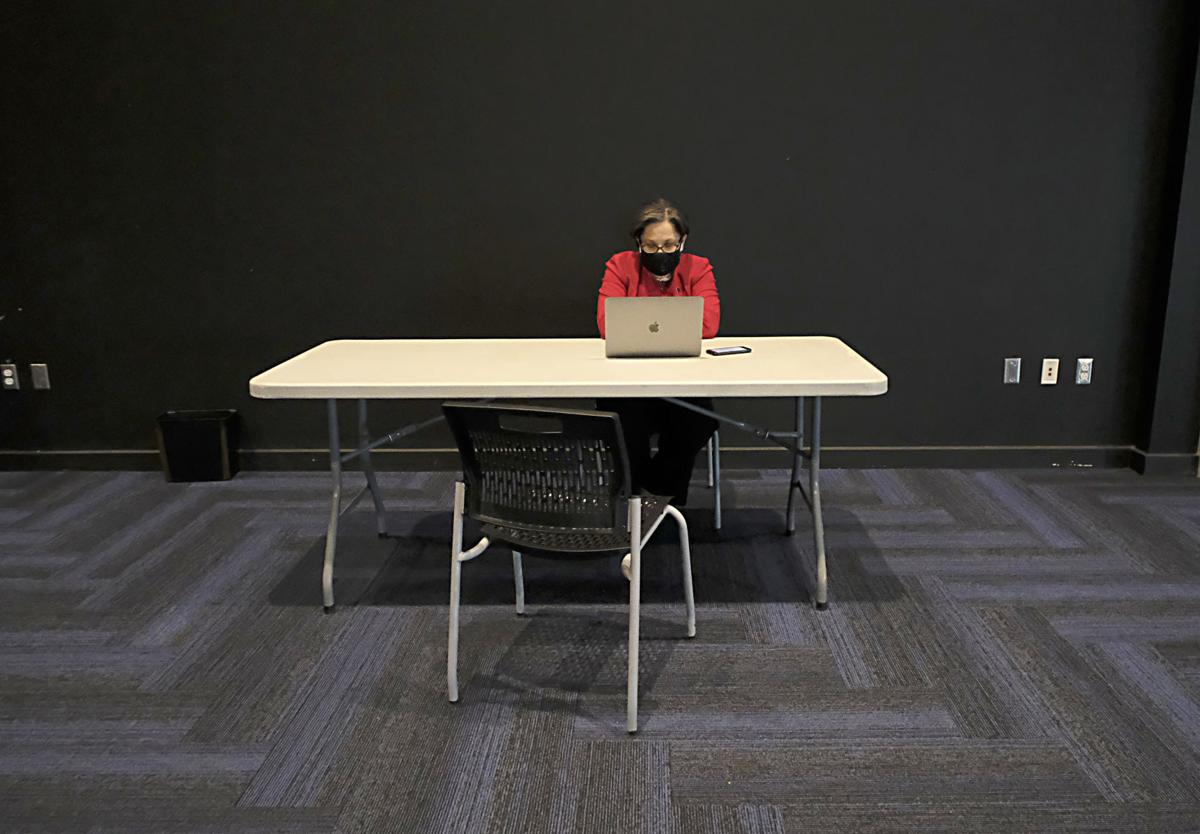 Sen. Jennifer McClellan, D-Richmond, sits alone during a Zoom conference committee call before the floor session of the Virginia Senate, which is meeting inside the Science Museum of Virginia in Richmond, VA Friday, Feb. 26, 2021. 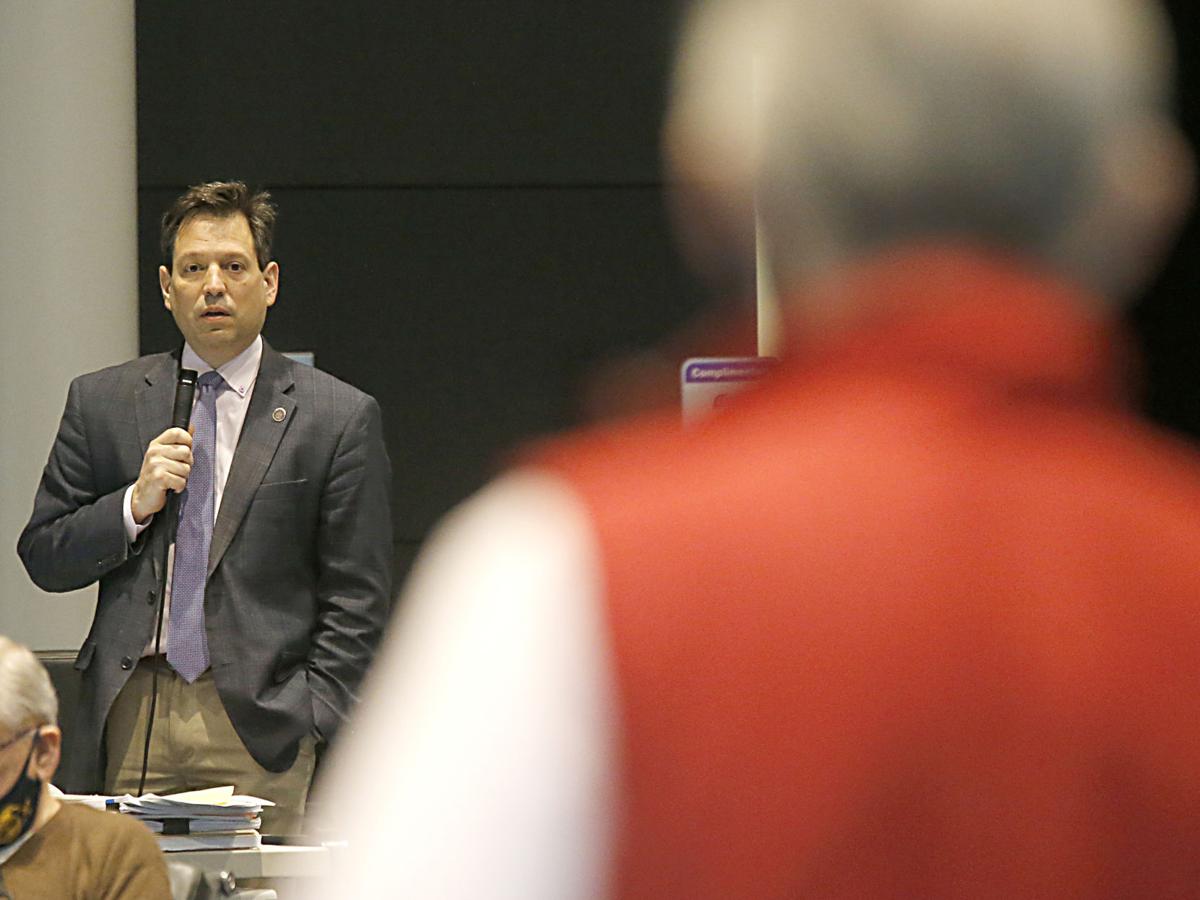 Sen. Scott Surovell, D-Fairfax, spoke during a session of the Virginia Senate on Friday. He says he personally supports legalizing marijuana with or without a referendum.

Tensions over a proposal to legalize recreational marijuana in Virginia have been brewing for weeks, and as of Friday evening, with a just hours left on the legislative clock, House and Senate Democrats had not resolved their differences.

The inklings of a deal had started to come together Friday morning, with lawmakers agreeing to set up a new state agency to create and regulate the new marijuana market this summer and legalize possession in 2024 — all under the condition that the legislature come back next year to finalize the regulatory framework, as well as new civil and criminal penalties tailored to check legalization.

The tentative agreement had soured by Friday afternoon, according to multiple sources in both chambers. The roadblock is a provision the Senate approved to conduct a statewide, nonbinding referendum this fall to gauge the public’s support for marijuana legalization.

Sen. Scott Surovell, D-Fairfax, one of the negotiators, is arguing for the referendum to stay in the bill, according to Democratic sources in the House and the Senate.

“We have a one-vote margin in the Senate to get a bill through. Notwithstanding my personal views, we need to make sure we propose a bill that has enough votes to pass,” Surovell said.

“We tried to come up with a proposal that would garner enough votes in the Senate. I’m personally supportive of legalization of marijuana with or without a referendum.”

A person familiar with negotiations on the House side said the provision is a nonstarter for House Democrats, who fear that putting marijuana on the ballot might risk their most vulnerable members. All 100 House seats are up for election this November, as is the governor’s mansion.

Should lawmakers arrive at a deal, the measure would come before the two chambers for a vote on Saturday, the last day lawmakers are expected to take action on legislation in the session before Monday’s scheduled adjournment.

An aide for House Majority Leader Charniele Herring, D-Alexandria, said the parties would continue working into Friday night on the measure, a key priority for the administration of Gov. Ralph Northam and many Democrats, who have pitched it as a necessary step to end the harm of the so-called war on drugs that disproportionately affects Black Virginians.

“We’re still trucking along trying to see what we can do,” Herring aide Liddy Gallagher said.

Sen. Adam Ebbin, D-Alexandria, said he was optimistic lawmakers would reach agreement on a proposal that would clear the legislature.

“I’m hopeful that we’ll have a compromise,” he said in an interview Friday night. “We have a lot of areas of agreement and it’s a matter of finding the votes in each chamber.”

His comments are a stark departure from Thursday night, when Ebbin said in an interview that he thought it was “highly unlikely” that Democrats in the two chambers would resolve their differences in time to get a bill passed this year.

A Senate-led push to legalize possession of small amounts of marijuana by the summer was not included in the early Friday deal between the chambers, despite strong advocacy by civil rights groups that deemed it a top priority, arguing that mere decriminalization still disproportionately harms Virginians of color.

Sen. Jennifer McClellan, D-Richmond, a candidate for governor, led the push to legalize an ounce or less of marijuana this summer, arguing that if the legislature intends to legalize marijuana, it should stop punishing people for having small amounts of it.

The move had the support of civil rights groups and some lawmakers in the House, including Del. Don Scott Jr., D-Portsmouth, a sponsor of the measure in the House who was later not included in the committee that negotiated the final deal.

The ACLU of Virginia, the advocacy group Marijuana Justice and 22 other groups asserted earlier this month that stopping the disparate enforcement of marijuana laws on people of color should not be delayed by the time frame for creating a legal market.

“The legal market and regulatory system will take time to set up,” their letter reads. “We can’t risk more people being caught in the system for acting in ways that will soon be legal.”

Marijuana Justice cited data provided by the state showing that Black Virginians were more likely to be charged that white Virginians, even as state and national data show people use marijuana at similar rates. Of the 4,505 people cited for simple possession since the General Assembly decriminalized marijuana last summer, 52% were Black and 45% were white, while Black people make up 20% of the state’s population and white people 70%.

House lawmakers, including Herring, said legalization without a legal market and investments in substance abuse education could lead to more harm. Herring told the Richmond Times-Dispatch earlier this month she is also wary of the illicit marijuana market ballooning to a point that would endanger the ability of the new legal market to thrive.

In the Senate, significant hesitation among some Democrats led to a clause in the legislation that would require another vote from the legislature next year before the legal marketplace could take off.

While language of the tentative deal was not immediately available, lawmakers involved in the discussions said clauses related to the licensing structure would require another vote from the legislature next year.

Also requiring another vote next year are new criminal and civil penalties lawmakers are proposing under a legalized system, including penalties for people under the age of 21 found in possession of the drug.

Under the tentative agreement reached Friday morning, localities would have to opt out by local referendum in the November 2022 elections if they do not want retail marijuana sales in their jurisdiction.

Could you eat this 2.2 pound burger?

Could you eat this 2.2 pound burger?

Lawmakers moved last spring to legalize the recreational use of marijuana. While simple possession will be legal starting July 1, retail sales won’t start until January 2024.

Sen. Jennifer McClellan, D-Richmond, sits alone during a Zoom conference committee call before the floor session of the Virginia Senate, which is meeting inside the Science Museum of Virginia in Richmond, VA Friday, Feb. 26, 2021.

Sen. Scott Surovell, D-Fairfax, spoke during a session of the Virginia Senate on Friday. He says he personally supports legalizing marijuana with or without a referendum. 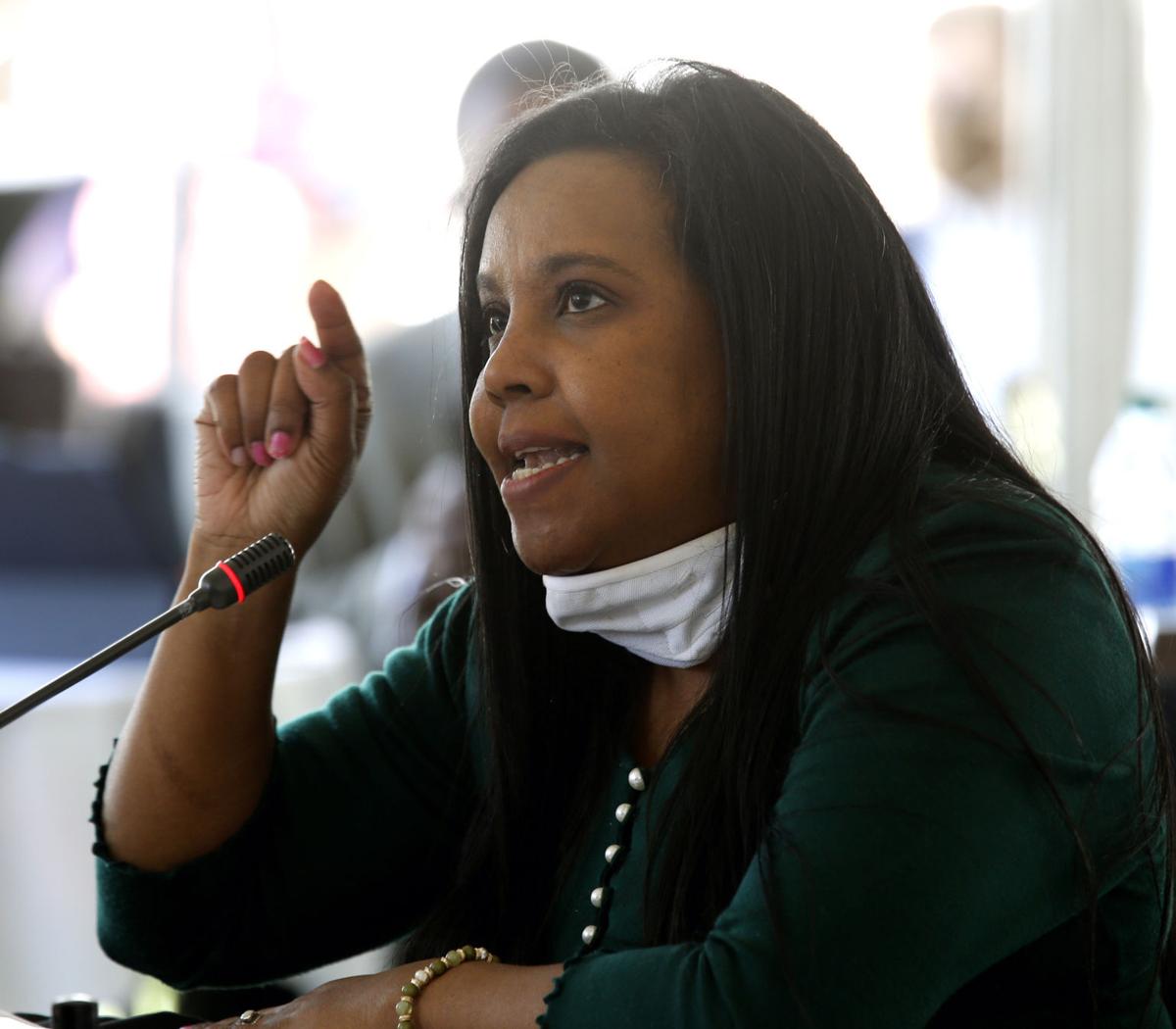