Ernest B. McGowen III, associate professor of political science at the University of Richmond, talks about campaign ads.

On Facebook and Instagram, political ads offer a one-of-a-kind window into the messaging of Virginia congressional contests, three of whom head into Election Day in a competitive dead heat. Candidates can use these platforms to slide their messages directly into the feeds of potential voters, often for far less than what they might have to cough up to a TV station.

The ads — and the often vitriolic messaging they contain — show how nationalized Virginia congressional races have become, and also how unaccountable political action committees have showered competitive districts with last-minute messages meant to activate voters in an off-year election.

Virginia’s most competitive races are in the 7th, 2nd and 10th districts, where Democratic incumbents face Republican challengers. Across those three races, the six candidates have spent several hundreds of thousands of dollars on ads served on Facebook and Instagram, according to an analysis by the Richmond Times-Dispatch.

The biggest spenders have been Spanberger and Luria, two congresswomen fighting to hold on to their seats in recently redrawn districts that are now even more competitive. Luria’s district lost a blue stronghold in Norfolk, and the base of Spanberger’s district was relocated from Richmond’s western suburbs to Prince William, Stafford and Spotsylvania counties in Northern Virginia.

All told, the candidates have spent more than $1 million on campaigns since Facebook began tracking ad spends four years ago. The lion’s share has been spent in the run-up to Tuesday’s contentious midterm election, which will decide which political party will wield power in Washington between now and 2024.

Since the 2016 election, Meta, the company formerly known as Facebook, has weathered years of pushback that its ad technology undermines elections.

The criticism was prompted by a scandal with Cambridge Analytica, a United Kingdom-based political consulting firm that had secured personal data about millions of American voters. The company built psychological profiles for each voter, which they then sold to the campaigns of U.S. political candidates, including former President Donald Trump and Sen. Ted Cruz, R-Texas.

Facebook still offers many similar targeting strategies in 2022. The company knows the likes, dislikes and behaviors of its 179 million American users, more than half the population of the U.S.; it sells ads with that information, offering buyers a kind of surgical precision unavailable on radio or TV.

The platform can be even more precise when wielded by political candidates. Campaigns regularly buy voter data from brokers, which can contain names, addresses, email addresses, voter registration and racial identity. Facebook allows advertisers to upload that voter data, tailoring ads so that they are only seen by hyper-specific audiences.

This year, Virginia congressional candidates readily turn to Facebook in order to target ads at margins of voters that their campaigns need to show up, or stay home, in order to win. Their ads, target audience and spend amounts are publicly available in an online library run by Meta.

Hyper-specific details guide ads being shown in Virginia’s 7th District, for example, where Spanberger is able to target messaging toward subgroups, such as voters who like National Public Radio, African American literature, feminist philosophy and the television program “Queer Eye.” Alternatively, her campaign can target them based on hyper-specific voter file information.

The result is that different groups will see different messages. Voters who the campaign believes support the candidate may see a message simply encouraging them to make a plan to go to the polls or vote early. Political ad experts call these “turnout” ads.

On the other hand, more undecided voters may see what are called “persuasion” ads, whose purpose is to contrast the candidates and push them toward one or the other.

In the 7th District, which has about 800,000 residents, Spanberger’s most recent turnout ads had audiences of at most 5,000 viewers.

Meanwhile, more aggressive ads contrasting her with challenger Vega were served to audiences of at most 500,000. Vega has been endorsed by Trump, who lost Virginia to Joe Biden in 2020 by 10 points.

The difference suggests her campaign believes what many polls have already shown: that thousands of voters in this newly redrawn district can still be swayed one way or the other.

Looking at the data

Meta’s Ad Library also shows the moves being made by big political spenders, including PACs and Super PACs. These are organizations with few campaign finance regulations or transparency requirements, but who often shell out millions in order to influence elections.

Federal Election Commission data shows these groups have spent millions in Virginia, both on TV and across digital platforms. Of the $45 million spent in ads across the three elections in the 7th, 2nd and 10th, more than $29 million has come from PACs and outside organizations.

As a new media, digital ads — including Facebook, Google, YouTube and even ads streamed directly to Roku TV sets — make up a fraction of the overall spend. Millions are still spent on TV ads, which are far less targeted and often more expensive.

By law, groups like Super PACs don’t communicate with campaigns. But they do take cues from them by way of public statements made by candidates and media that candidates upload to their websites, said a former Spanberger staffer who spoke on background because they still work on Virginia political campaigns.

Outside organizations have spent heavily in races where candidates’ own fundraising might not have allowed them to be competitive. In the Spanberger-Vega race, PACs and advocacy groups have funded 98% of the attack ads. For example, in September a group called Gun Owners of America spent $8,000 on an ad telling 7th District voters that Spanberger “is looking to prevent you from defending your family, leaving you vulnerable to crime.”

Across the aisle, Democratic actors mirror the same strategy. In Virginia’s 2nd District, where incumbent Luria is being challenged by Republican Kiggans, the Democratic Congressional Campaign Committee recently spun up a Facebook page called “Jen Kiggans Can’t Be Trusted.”

The group has spent thousands of dollars on ads that drive hard on Kiggans pro-life stance. “Virginia women can’t trust Jen Kiggans, she’s too extreme,” the ads read. Another states that “Kiggans applauded the overturning of Roe v. Wade.”

“It’s much more efficient. [Candidates] don’t have the money to do that,” McGowen said. “So when the PAC comes in, or the RNC comes in and says, here’s your ad, thank you for being a Republican, now I have much more of a shot to compete than I have to come up with something myself.”

On the other hand, Republicans are encouraged to tie their opponents to kitchen-table issues like inflation. Ads from the Kiggans campaign in Virginia’s 2nd have bored down on linking Luria to House Speaker Nancy Pelosi, D-Calif.

Both campaigns are after what strategists call a “win-number”: the minimum number of votes to pull ahead in a tight swing district race. It informs who and how campaigns message, said the former Spanberger staffer.

“They’ll look at it demographically, geographically and say, OK, we need 1,000 Latino voters, 8,000 Black voters, and so forth,” the staffer said. “Then all your canvassing, mail and digital goes towards that one number.”

In the service of reaching win numbers, digital ads can often go negative, and even flirt with misinformation, which platforms like Facebook don’t actively monitor.

Kiggans — who in a recent debate said she got into politics because “she hated the negativity” — has run a number of targeted ads attacking Luria.

One ad describes Luria as having made “tens of millions of dollars since taking office.”

The ad was spun out of a news story from a conservative-leaning news site, Townhall.com.

The story loosely links the congresswoman’s investments in Nvidia, a maker of computer chips, and her vote on the CHIPS act, a bipartisan bill passed in August intended to bolster domestic chipmakers. It does not prove that she profited millions of dollars off the trades.

Bryan Piligra, a spokesman for the Kiggans campaign, could not be reached for comment on whether his campaign had fact-checked the claim before running it in an ad.

Zach Mandelblatt, president of Compete Everywhere, a Virginia-based Democratic digital ad vendor, says it feels like there are no laws regarding what candidates can and can’t say. Mandelblatt says that starts with Meta’s CEO, Mark Zuckerberg, who has made several appearances before Congress since 2016 requesting clearer laws on free speech and misinformation on the platform.

“They don’t see that as their job to regulate misinformation, they see that as Congress’,” Mandelblatt said. “What you can get away with here is pretty gross.”

And in swing districts, where votes are precious, few campaigns won’t budget cash to gain the competitive edge promised by a hyper-targeted, online marketing strategy.

“It’s like bringing a knife to a gunfight if you don’t, so you have to do it,” Mandelblatt said. “Advertising works; that’s why people do it.”

Visit richmond.com at 7 p.m. on Tuesday for live election coverage broadcast from The Times-Dispatch newsroom.

We'll be tracking the key races and updating big developments.

Digital access is included in your subscription. Visit richmond.com/activate to learn more.

A look at key Richmond-area races on the Nov. 8 ballot

Election Night in Virginia by the Richmond Times-Dispatch

Watch a live hourlong Election Night special presented by the Richmond Times-Dispatch. Coverage begins at 7 p.m. and will include timely updat…

Ernest B. McGowen III, associate professor of political science at the University of Richmond, talks about campaign ads.

In Virginia, half a billion in opioid settlement money comes with worries about misuse

As millions of dollars in opioid lawsuit settlements are starting to flow to governments, families and advocates impacted by the opioid crisis are pushing for a meaningful say in how the money will be used.

New synthetics are estimated to be several times more deadly than fentanyl, and show a worrying resistance to Narcan.

In the past four years, Virginia has seen more than triple the Black opioid overdose deaths — the highest death rate, by far, of any demographic.

Virginia will be key to the fight for House majority

The outcomes in Virginia's 2nd, 7th and 10th districts will say much about the extent of the GOP's expected new House majority. 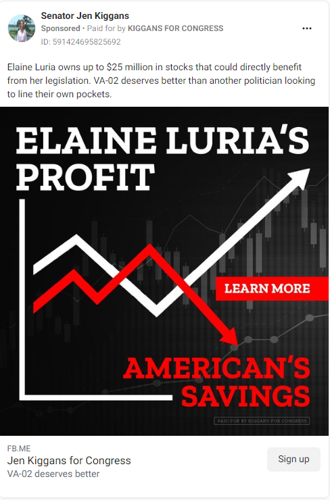 An ad run by Jennifer Kiggans that accuses Elaine Luria of profiteering from her time in Congress. 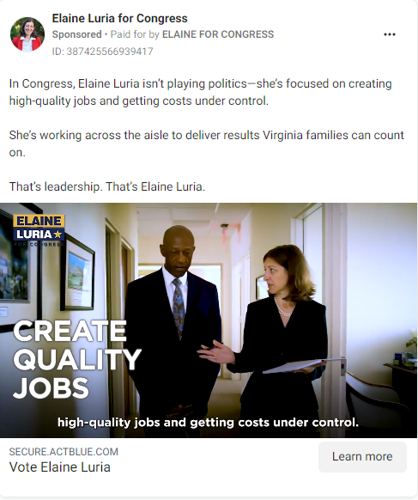 An ad from Elaine Luria promoting her record in Congress as a job creator. 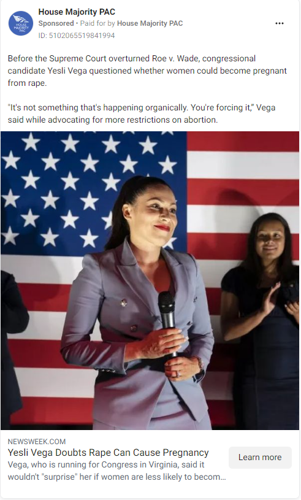 An ad purchased by the House Majority PAC attacking Yesli Vega for comments made on abortion. 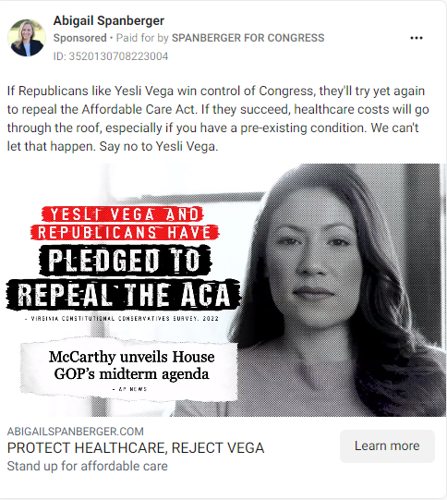 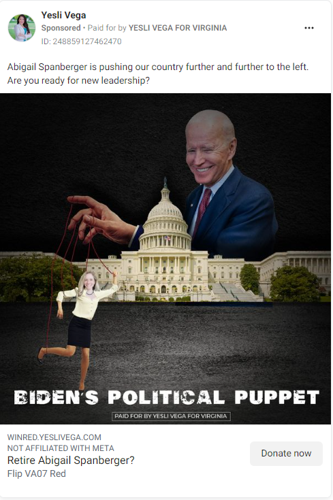 An ad paid for by Yesli Vega depicting Abigail Spanberger as a puppet of Joe Biden. 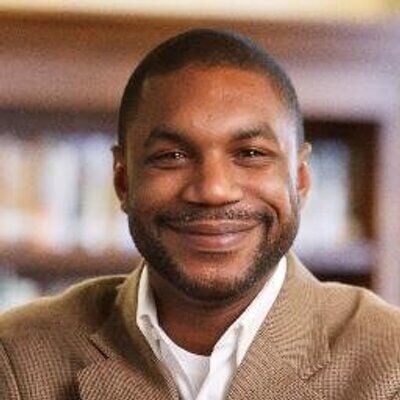