Sen. Mark Warner, D-Va., is confident that Congress will approve $579 billion in proposed new spending on public infrastructure as part of a bipartisan funding package that he helped negotiate with nine other senators.

However, Warner is less sure that the final infrastructure package will address one of Virginia’s biggest needs — construction of new schools to replace old buildings instead of spending money to fix them.

“It’s more of a jump ball,” he said during a media conference call on Wednesday.

“New school construction has not been traditionally a federal government responsibility,” Warner said. “It’s been more state and local governments, so there’s still some debate on that.”

Virginia also has traditionally resisted responsibility for building local schools, but Gov. Ralph Northam has made modernization of school buildings a top priority for state use of federal COVID-19 emergency relief funds that, so far, have been limited to repairs and upgrades, including installation of new heating, cooling and ventilation systems.

More than 1,100 school buildings in Virginia are at least 50 years old — representing 55% of all school buildings — but replacing all of them would cost almost $25 billion, according to a Department of Education study delivered to a General Assembly commission this month.

Secretary of Finance Aubrey Layne said the federal government would not allow the state to use the $4.3 billion it received under the American Rescue Plan Act to build new schools, in part because President Joe Biden is trying to include money for construction in the infrastructure package he introduced with an initial price tag of about $2.2 trillion.

“Right now, if it’s not included in the infrastructure bill, we can’t do it,” Layne said.

Warner said the Biden administration has agreed to some repurposing of money from previous federal emergency relief packages that has not been spent — for example, for unemployment benefits that many states have ended prematurely to force people back to work, which represents about $25 billion.

Warner has been a major advocate for expansion of affordable internet access as a critical investment for parts of Virginia that lack it, so he wants to dedicate $20 billion in unused state and local government aid to expanding broadband telecommunications networks.

“I want to make sure that all 133 jurisdictions in Virginia have fully fleshed out broadband plans by the end of the year,” he said.

School modernization, including construction of new school buildings, was one of many priorities in Biden’s American Jobs Plan, a blueprint for infrastructure funding that has gotten smaller in the face of Republican opposition to some of the proposed spending.

“President Biden believes we can’t close the opportunity gap if low-income kids go to schools in buildings that undermine health and safety, while wealthier students get access to safe buildings with labs and technology that prepare them for the jobs of the future,” the jobs plan summary states.

“The President’s plan invests $100 billion to upgrade and build new public schools, through $50 billion in direct grants and an additional $50 billion leveraged through bonds,” it adds.

Talks between Biden and Republican leaders, led by Sen. Shelley Capito, R-W.Va., broke down over the size of the package and some of the president’s spending priorities.

Warner said Republicans wanted to limit the size to about $300 billion in new spending, which he said, “in my mind, did not meet the need or the historic moment in a time where the United States can frankly get back in the game on infrastructure spending.”

As part of the same “group of 10” senators from both parties who produced the framework for a $908 billion emergency relief package in late December, he helped negotiate a bipartisan agreement for $579 billion in new spending over five years that would come on top of $394 billion that would be the baseline for spending on roads, bridges and other traditional public infrastructure.

On Wednesday, 11 more senators signed on to the bipartisan framework for an infrastructure deal, bringing the total to 21.

The total $973 billion package would not address some of Biden’s priorities in either the proposed jobs plan or American Families Plan, but Warner said he supports a two-track approach Senate Democratic leaders favor — to pass an infrastructure bill with Republican support and a budget reconciliation bill without it.

Warner faulted critics of the approach, including progressive members of Congress who have said they won’t support an infrastructure package unless it includes more spending on climate change and other priorities.

But if Democrats don’t agree to a bipartisan deal on infrastructure, he said they won’t have the votes to pass a reconciliation bill that would require a simple majority in an evenly divided Senate with Vice President Kamala Harris as the tie-breaking vote.

“At the end of the day, we have no margin of error,” Warner said.

Pentagon on lockdown after shooting near Metro stop

Pentagon on lockdown after shooting near Metro stop 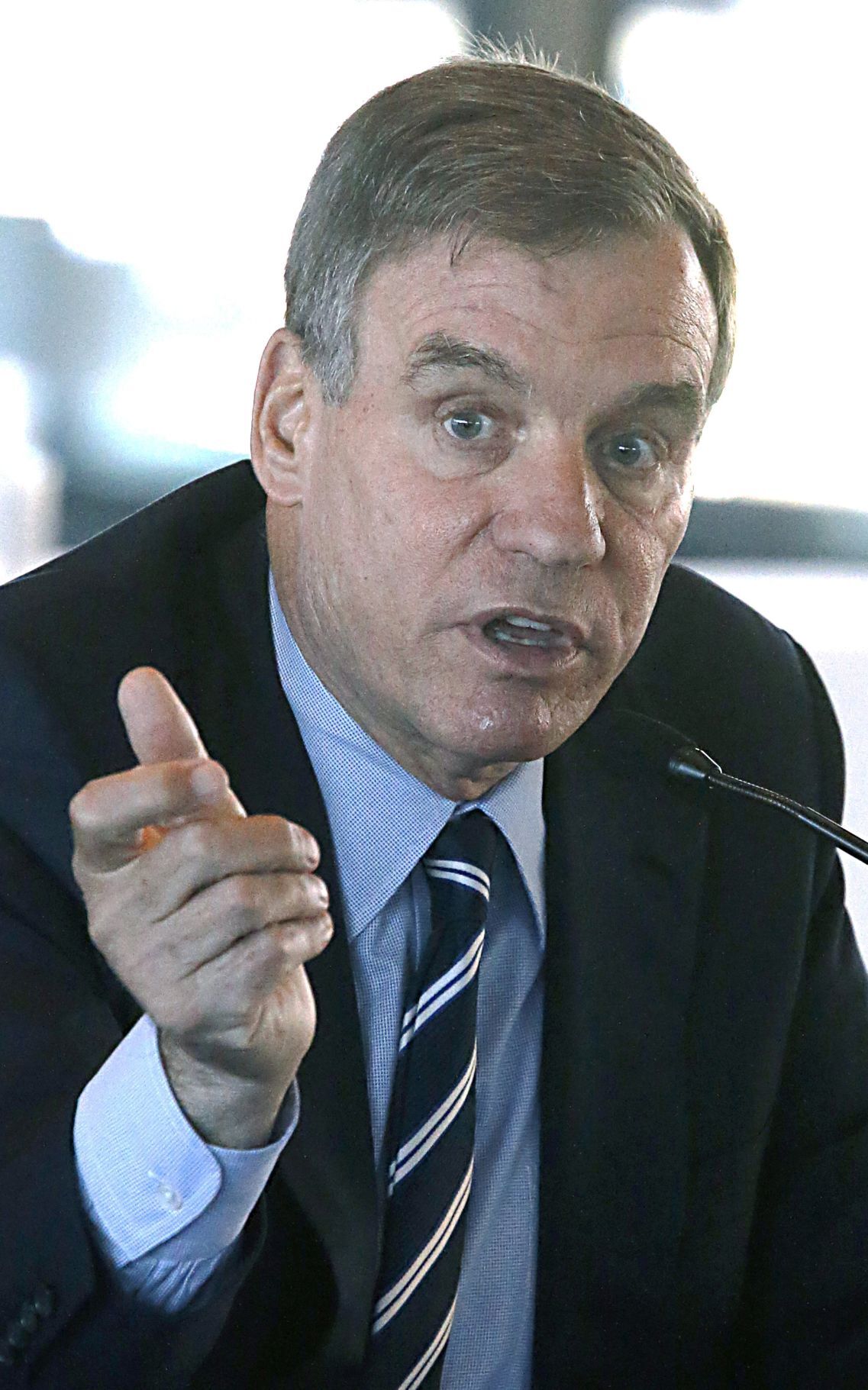 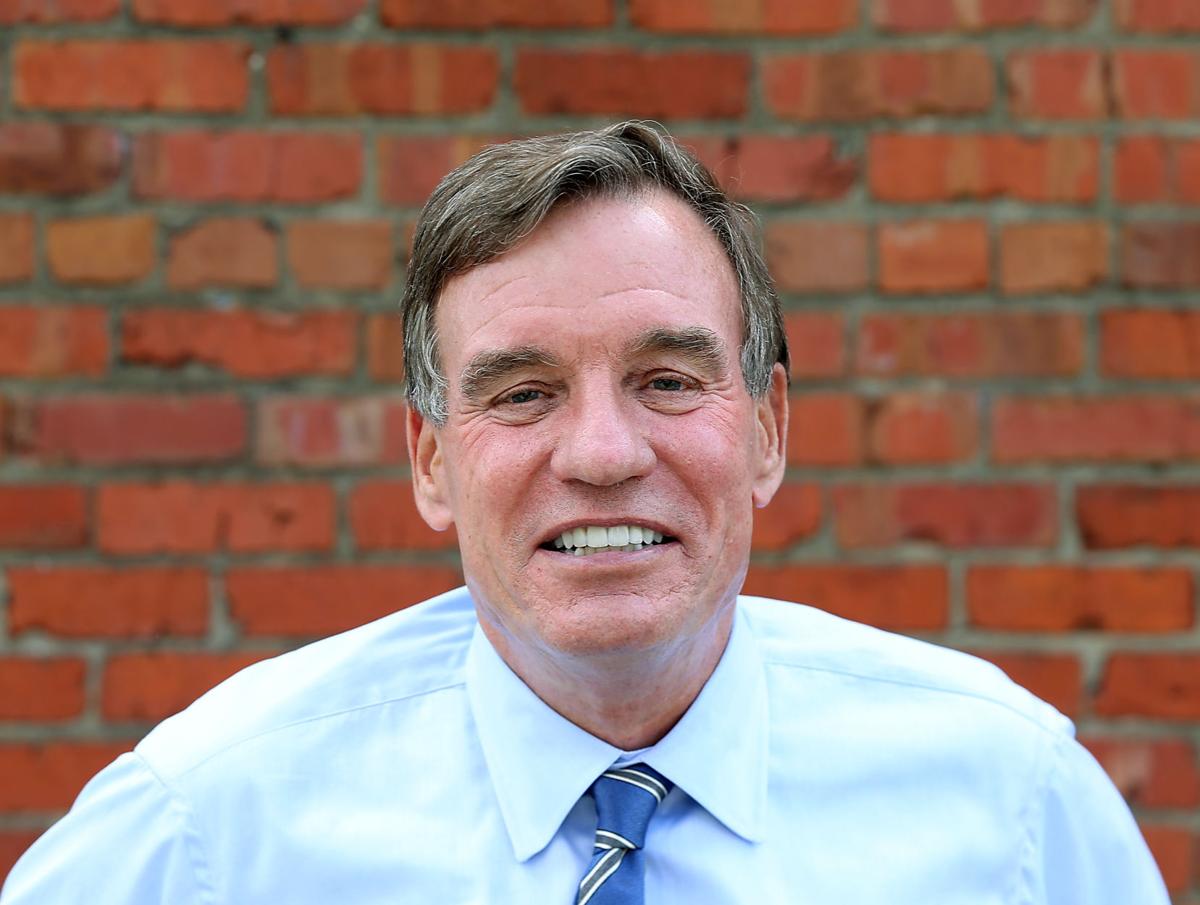