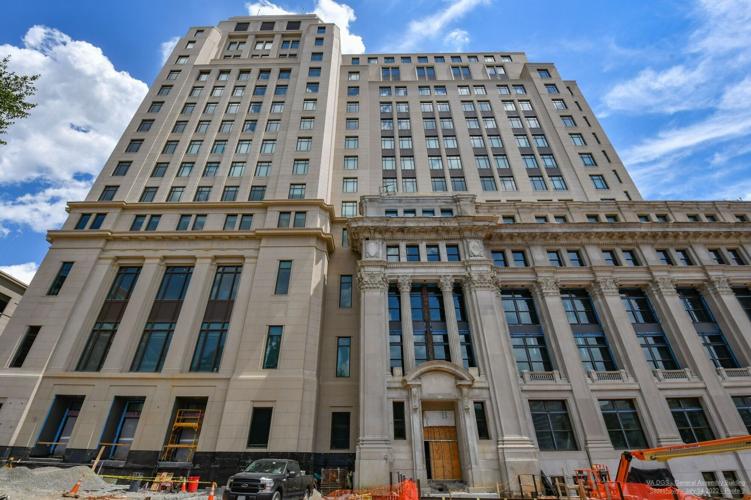 Construction on the new General Assembly Building started in 2019. 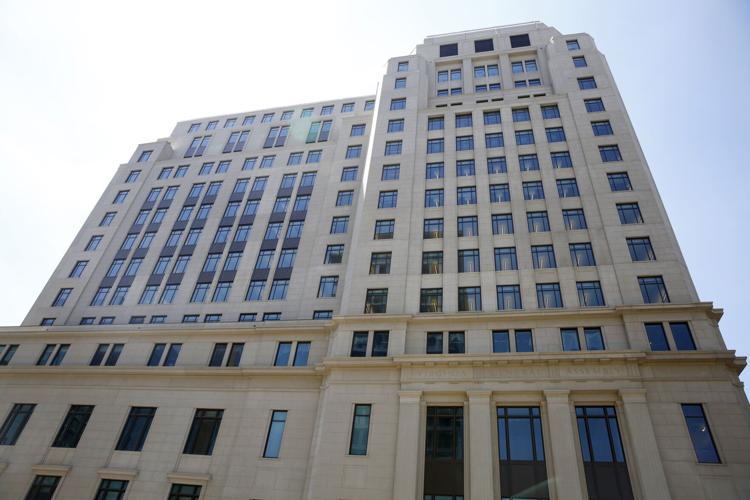 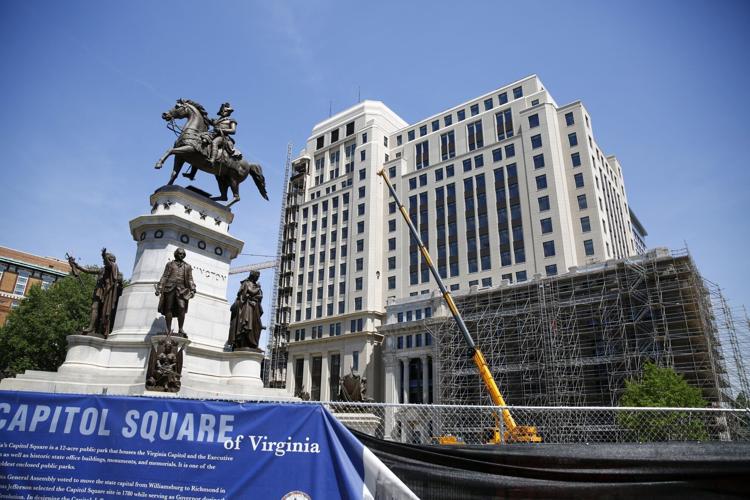 The General Assembly won’t be able to move into its new home next to Capitol Square until after its legislative session this winter.

The new assembly building, part of a $300 million package of capital projects at the heart of Virginia’s seat of government in Richmond, cannot be completed as scheduled this fall because supply-chain delays have prevented the timely delivery of critical equipment, legislative officials said Wednesday.

“Unfortunately, we simply are not immune to the delays, prolonged delivery schedules and other deferrals being experienced by so many across Virginia and around the country and world,” said House of Delegates Clerk Paul Nardo, who called delaying the opening until spring “a sensible and realistic decision to make at this time given current circumstances.”

Senate Clerk Susan Clarke Schaar also expressed regret over the delay, but said the legislature “cannot at this time ensure a functional and complete building” because of supply-chain disruptions caused by the global COVID-19 pandemic that reached the United States more than 30 months ago.

“While this is a setback for those who have worked so hard, we know it will be correct when it opens,” Schaar said.

The 14-story building is almost complete at the corner of East Broad and North 9th streets, but state officials said they have not been able to get timely delivery of critical equipment to ensure that it will function effectively for legislators, employees and members of the public who will throng the halls and committee rooms during assembly sessions.

The building will house offices for all 140 legislators — 100 in the House and 40 in the Senate — as well as rooms for committee and subcommittee meetings. It also will house legislative agencies that operate year-round and provide more amenities for the public to make it easier to observe the legislative process.

House Appropriations Chairman Barry Knight, R-Virginia Beach, said delegates and their employees already had packed and bubble-wrapped their belongings for the anticipated move into their new offices next month.

“I think everyone has been very anxious to go, but I think we all understand,” Knight said Wednesday. “It’s what we’re all going through, and we’re suffering along with the rest of the public.”

Youngkin wants to shield road contractors from being 'crushed' by inflation

However, he said the delay “wasn’t totally unexpected” for assembly leaders who had been monitoring the project’s progress.

“We’ve been hearing rumblings about it for a while,” Knight said.

The delay means legislators and assembly employees will remain in the Pocahontas Building, a makeshift home next to Capitol Square on East Main Street, through the 45-day assembly session that will begin on Jan. 11.

“Unfortunately, it’s not what any of us wished for,” said Sen. George Barker, D-Fairfax, co-chair of the Senate Finance & Appropriations Committee. “We were ready and anxious to get out of the Pocahontas Building and into the new building.”

Construction of a new home for the General Assembly has been a legislative priority for more than eight years because of safety and health concerns in a building that combines four structures from different eras, with the oldest part built in 1912.

It was part of a package of Capitol Square projects that included renovation of Old City Hall, a 19th-century Gothic landmark that stands next to the assembly building, and a parking garage with state offices on the opposite corner of 9th and Broad streets. A tunnel will connect the garage to the basement of the assembly building, which also will connect by tunnel to the Capitol.

The project was part of a $2.1 billion bond package approved in 2016 under a compromise between the Republican-controlled legislature and then-Gov. Terry McAuliffe, a Democrat who did not want to approve spending for a new building until the assembly expanded Virginia’s Medicaid program to qualify for billions of federal dollars under the Affordable Care Act.

The deal ended a two-year political standoff that former House Appropriations Chairman Chris Jones, R-Suffolk, who was at the center of the budget negotiations, said cost the state money from higher construction costs and delayed its completion.

“It is a shame that politics played such a part in getting that project moving,” Jones said in an interview on Wednesday. “If not for that, it would have been completed and would not have fallen vulnerable to the supply-chain issues that exist today.”

Assembly Republicans agreed in 2018 to expand Medicaid after McAuliffe left office and Gov. Ralph Northam, also a Democrat, succeeded him. Since the expansion took effect on Jan. 1, 2019, more than 685,000 Virginians have enrolled in the health care program for the poor, elderly and disabled.

McAuliffe said he has no regrets about putting Medicaid expansion ahead of a new assembly building. The Republican majority had blocked expansion at a cost he estimated to be $2.6 billion each year in federal financial support and the loss of what he termed “life-saving health care” for hundreds of thousands of people.

“I’ll have that debate every day,” he said in an interview. “I was fighting for Virginians, and they were fighting for themselves.”

The House and Senate clerks, who oversee projects in and around Capitol Square, agreed to the delayed opening after the state general services director informed them last month that legislative employees and assembly members would not be able to occupy the building in mid-October as planned.

Specifically, they said the state could not get timely delivery of equipment necessary for complying with state building code or audio-visual equipment for the rooms where committees and subcommittees will meet.

Joe Damico, director of the Department of General Services, said his agency “has been committed to delivering a building that is fully operational, thoroughly tested and ready to conduct business several months ahead of the legislative session” that begins in January.

“However, with supply-chain issues I am not longer confident you can occupy the new General Assembly Building in October, nor that the building can be fully operational as designed for the 2023 session of the General Assembly,” Damico wrote the clerks in late August.

“The upcoming 2023 legislative session must proceed in a facility without operational disruptions, and I cannot guarantee that condition in the new building at this time,” he added.

Macaulay Porter, a spokesperson for Gov. Glenn Youngkin, said the Department of General Services, as part of the executive branch of state government, “will continue to work with the General Assembly to ensure that they can move into the building as soon as they are ready.”

Because the Youngkin policy appears to conflate biological sex with gender - that is, it declares anatomy and identity as one in the same - a legally altered birth certificate could be an invitation for trouble.

"We cannot see an accommodation like that," Cheney said Saturday at the Texas Tribune's TribFest in Austin.

Virginia tax rebates on the way; state revenues up, but so is inflation

An audit of the community stabilization program revealed that a service budgeted for $12.5 million in the last fiscal year had been billed $88.5 million from providers through the state's contracts with six managed care companies.

Construction on the new General Assembly Building started in 2019.