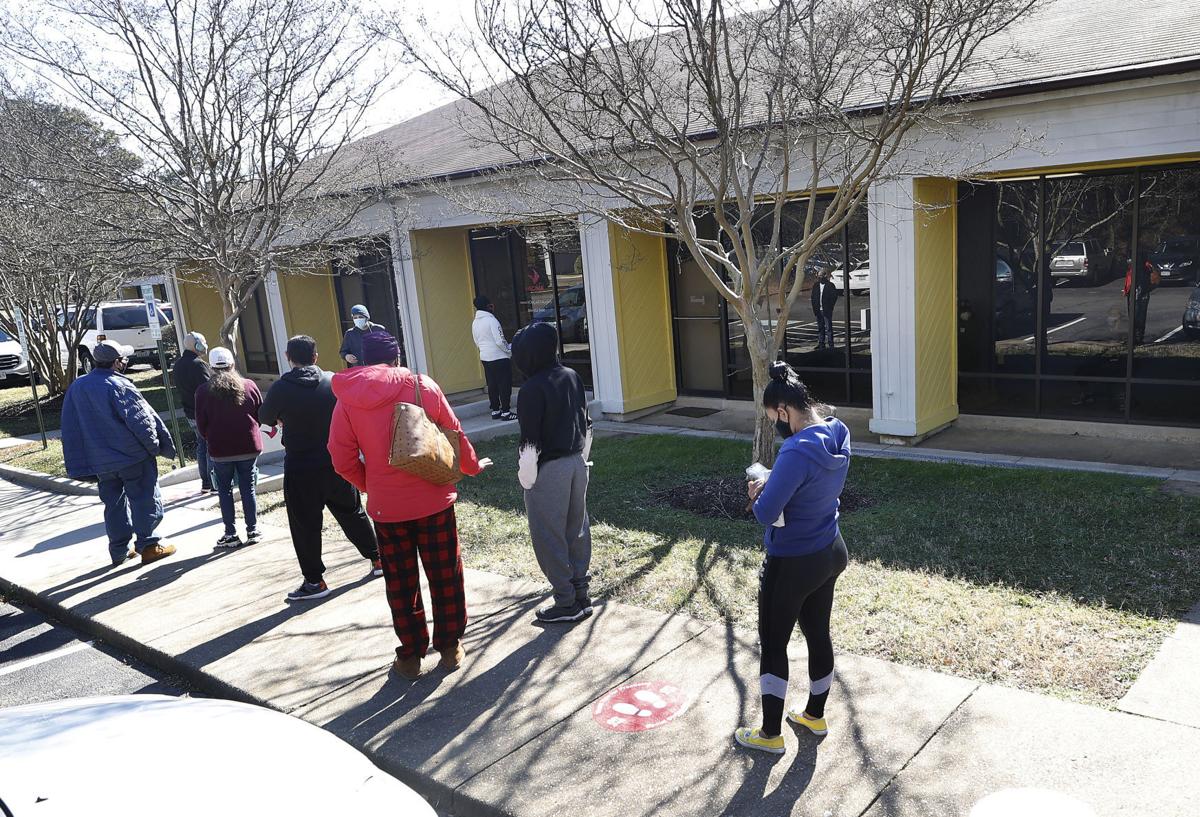 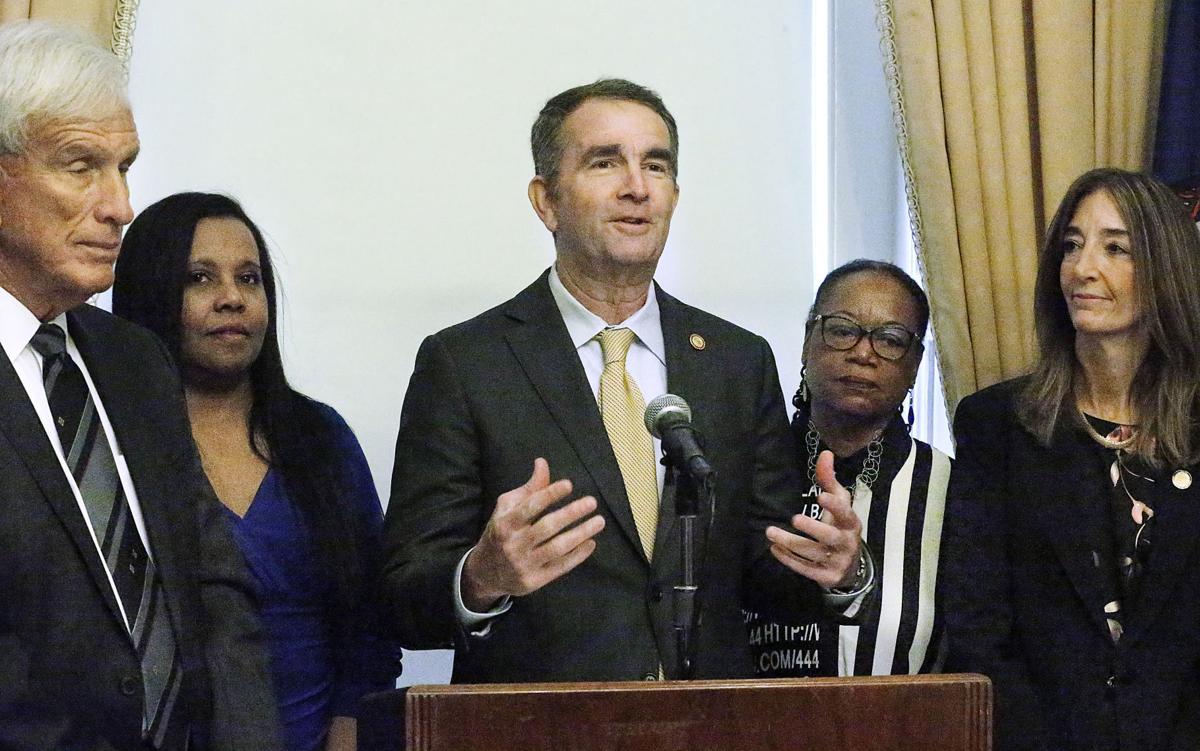 Northam and assembly leaders announced those priorities on Wednesday but did not set a date for a special legislative session to make budget decisions for the state’s share of $7.2 billion in federal money that will flow into Virginia from the American Rescue Plan Act that President Joe Biden signed on March 11. Counties, cities and towns across Virginia will receive $2.9 billion.

“We stand united on how to position Virginia for the future,” the governor and Democratic leaders of the House of Delegates and Senate said in a joint statement that rejected what it described as “calls to refuse these federal dollars.”

The money committees will play a leading role in working with the administration on deciding how to spend the money. A special session is likely in July to set those priorities, separately from the election of seven judges to the expanded Virginia Court of Appeals as the House and Senate spar over the number of judicial candidates who require vetting by the Virginia State Bar.

By then, Virginia lawmakers will know the size of a likely revenue surplus for the fiscal year that will end June 30. Northam announced Wednesday that state revenues soared by almost 42% in April compared with the same month a year ago, when the state’s economy went into a partial shutdown in response to the public health emergency declared the previous month.

“Virginia is posting the largest monthly revenue increase in the 21st century this month, in sharp contrast with many other states,” Northam said.

“Make no mistake — this is the result of strong fiscal management and Virginians doing the right things to put this pandemic behind us,” he said. “People are getting back to work, businesses are investing, and we expect this surge to continue in the months ahead as our economy returns to full strength.”

Through the end of April, state revenues were more than $2 billion ahead for the first 10 months of the fiscal year, compared with the same period a year ago, with every major source of budget money surging — income and sales taxes, fees on deeds and other court filings, state alcohol and lottery profits, and motor vehicle sales to boost the transportation trust fund.

Total state revenues rose by almost $818 million during the month, and Secretary of Finance Aubrey Layne expects revenues to continue to rise in May, with income taxes due on Monday, May 17. He expects revenue growth to slow in June compared to last year, when Northam delayed the income tax filing deadline to June 1.

But Layne sees a potential revenue surplus of more than a half-billion dollars in the fiscal year.

“We’re talking about a sizable surplus,” he said.

Virginia business leaders welcome the emphasis by the governor and legislators on using federal aid to help small businesses, both with additional grants from the Rebuild VA program that Northam launched with federal money last year and replenishing the depleted unemployment trust fund to reduce pressure on employers who support the fund with payroll taxes.

“When employers are beginning to rehire, the last thing you want to do is make it more expensive to bring on a new employee or hire back a former employee,” said Nicole Riley, state director of the National Federation of Independent Business.

“The state certainly is sitting on a good bit of money, and we hope that the highest priorities are going to be to help small businesses,” Riley said.

Barry DuVal, president and CEO of the Virginia Chamber, said that boosting the unemployment trust fund “is a way of helping employers across the state in recovering.”

State income tax revenues, growing at an 11% clip over the first 10 months, show that large, technology based companies have fared relatively well in Virginia during the pandemic, DuVal said

“Virginia is doing better than other states we compete with,” he said. “The primary reason is we have a strong, knowledge-based economy. Remote working has been essential for this success.”

The combination of robust state revenues and unprecedented federal aid is giving Northam and Democratic legislative leaders an opportunity to rev the state economy in advance of elections in November for governor, lieutenant governor, attorney general and every seat in the House of Delegates.

“This is a unique opportunity to invest in Virginia’s long-term future,” they said in their joint statement.

“Broadband has to be one of our top priorities,” said DuVal at the chamber. “It has demonstrated its importance to every region of Virginia for competitiveness.”

The money coming from the $1.9 trillion American Rescue Plan Act dwarfs even the $3.2 billion that Virginia received last year under the CARES Act at the beginning of the public health emergency, which allowed state and local governments to avoid cuts to programs and layoffs of employees. The package follows a $908 billion aid package passed by Congress at the end of December.

Biden already has laid out plans for two other massive aid packages — the American Jobs Plan for investment in infrastructure and the American Families Plan for spending on child care, family leave, and education.

Richmond Mayor Levar Stoney joined House of Representatives Speaker Nancy Pelosi, D-Calif., and other mayors and members of Congress at a news conference outside the U.S. Capitol on Wednesday to call for quick action on an infrastructure package.

Stoney talked about needs in Richmond that include preventing sewage from flowing into the James River from the city’s antiquated combined-sewer overflow system, replacement of a concentration of public housing that he called “the largest between Washington and Atlanta,” and bridges that he said “have seen their better days some decades ago.”

He also called for investments that he said could close “the income equality gap” in Richmond.

“The buck stops with mayors because we are on the front lines,” Stoney said, “but the buck starts with Congress.”