Northam hopes to lift Virginia's COVID-19 restrictions on June 15, will follow CDC guidance on masks
0 Comments
Share this
1 of 4 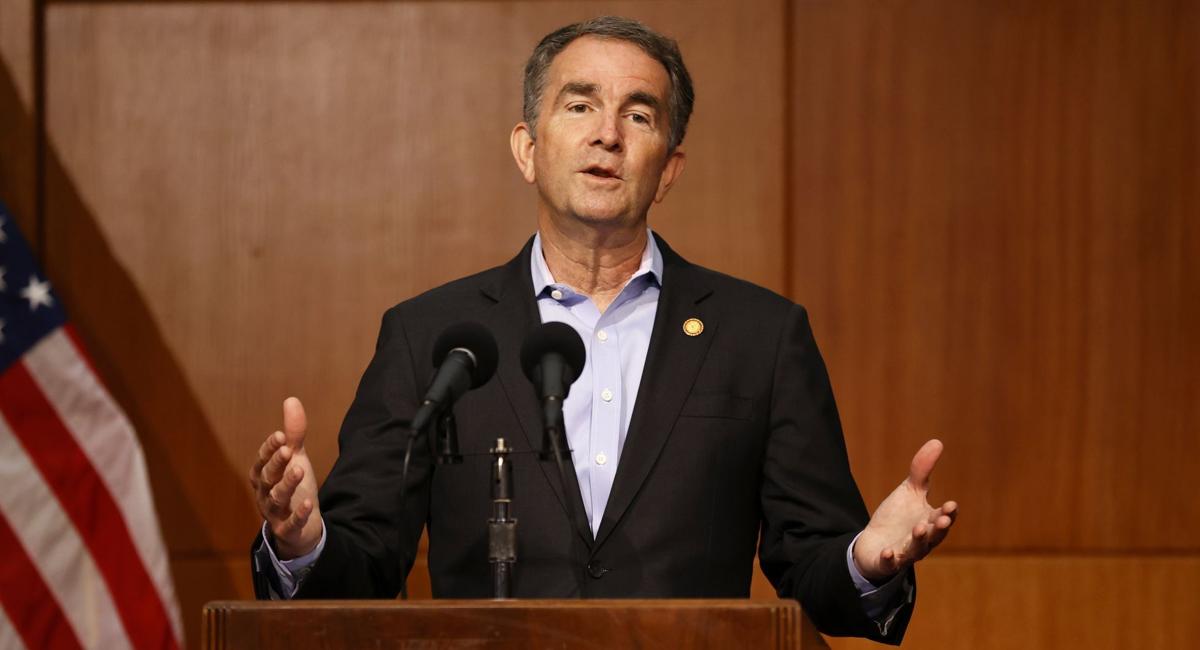 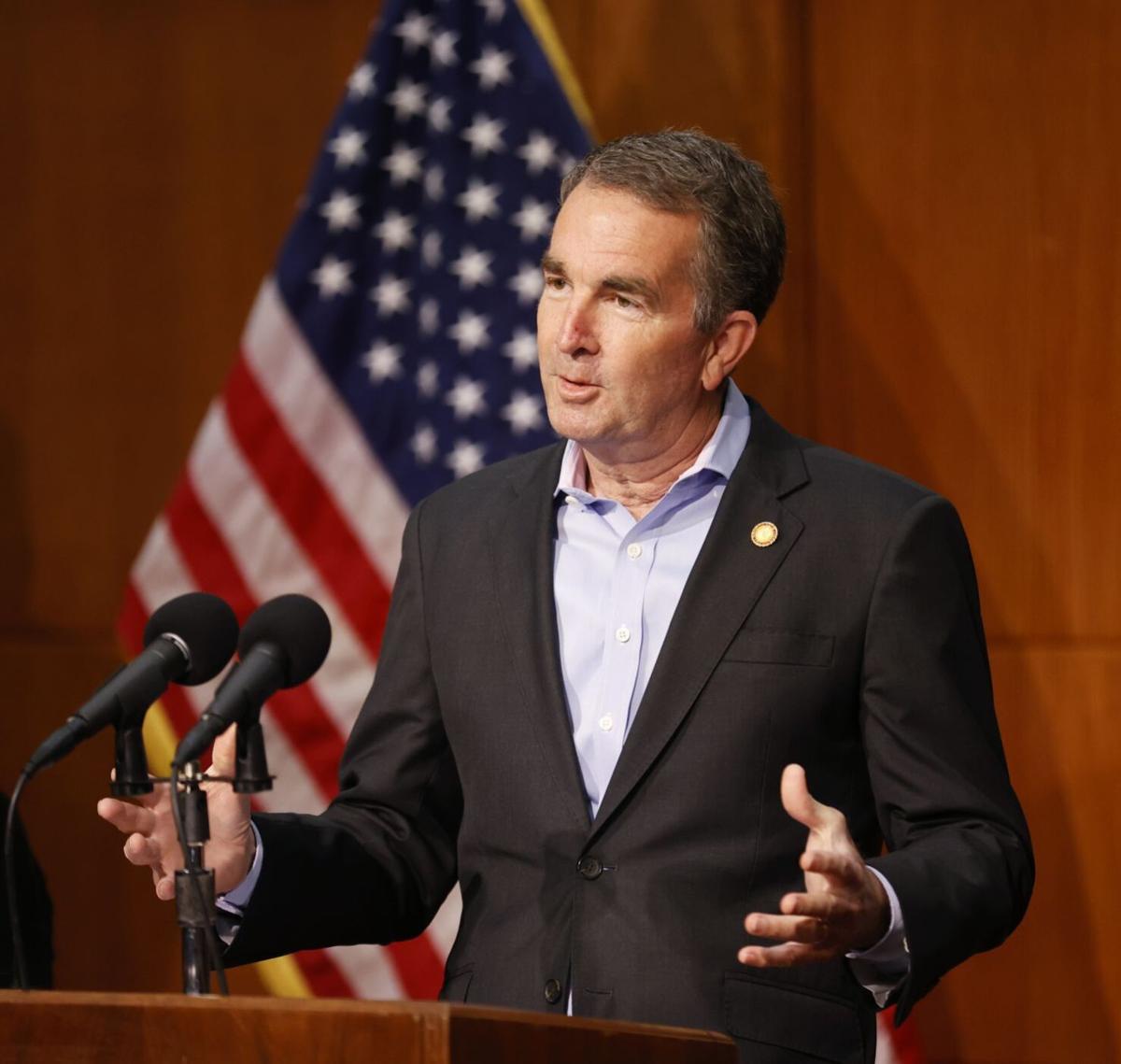 Gov. Ralph Northam warned that progress in ending public restrictions depends on vaccinations to help achieve President Joe Biden’s new goal of having 70% of the population inoculated by July 4. 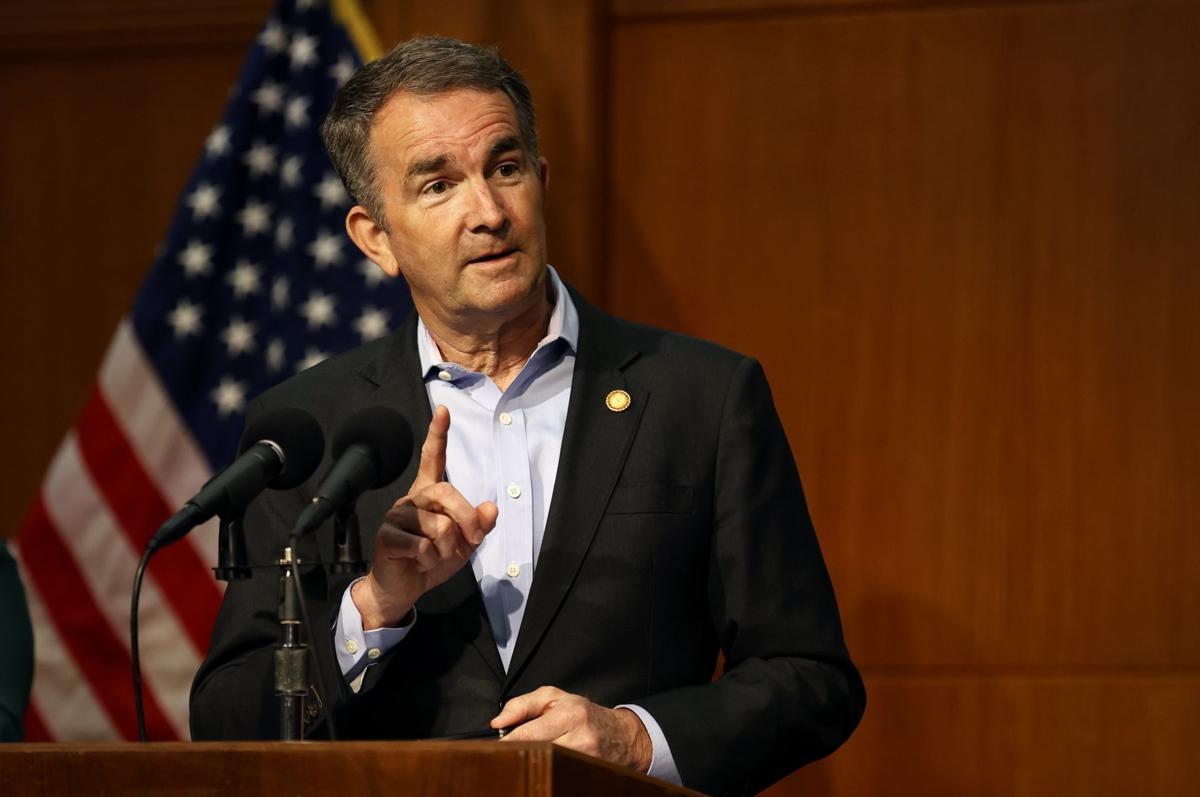 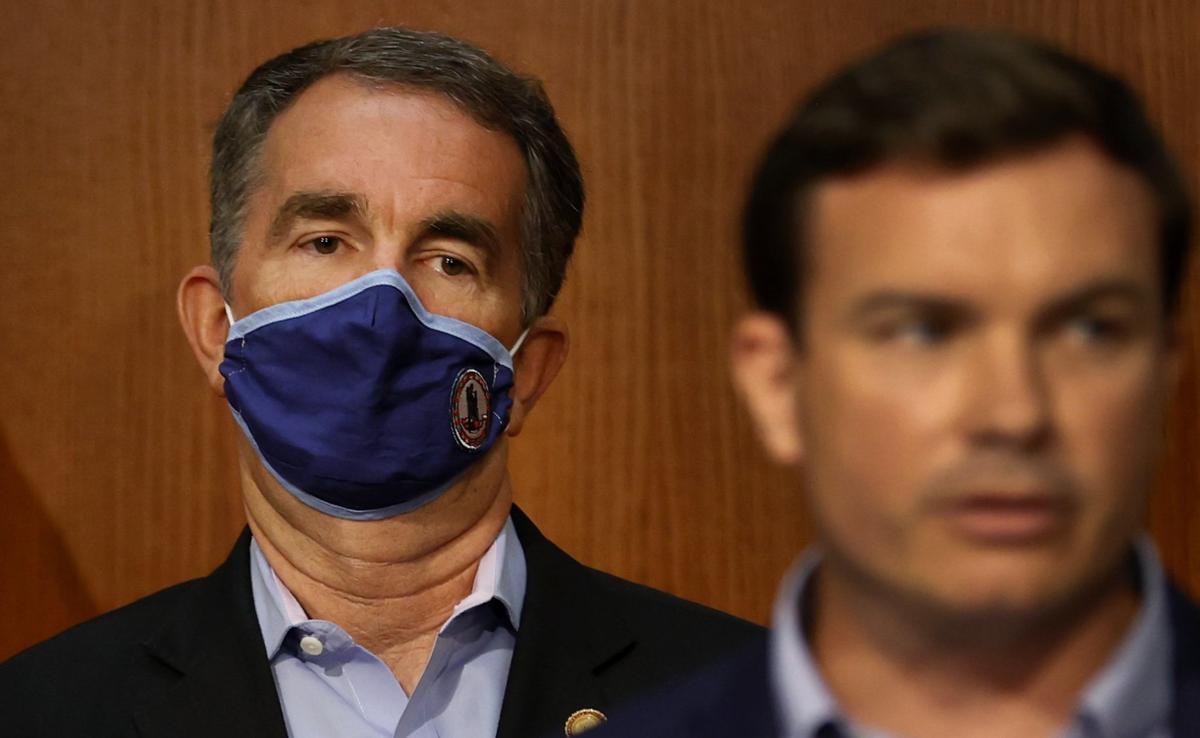 Va. Governor Ralph Northam (left) listens to his chief of staff Clark Mercer (right) during the governor’s COVID-19 update press conference in Richmond, Va. on May 6, 2021

With those restrictions due to ease on May 15 for restaurants, entertainment venues and indoor social gatherings, Northam raised the possibility that he will end them entirely a month later — if people get vaccinated against the coronavirus disease and infections continue to fall.

The governor also raised the possibility that he will allow the state of emergency to expire on June 30, more than 15 months after it began.

“Absolutely! Because I hope to have COVID-19 in the rearview mirror,” he said during a public briefing.

Northam and his staff cautioned, however, that Virginia will continue to follow federal health guidelines on wearing protective face masks and may reissue the emergency declaration so people can continue to legally wear face masks without violating a state law that otherwise prohibits them for public safety.

Currently, the Centers for Disease Control and Prevention recommends that people wear face masks indoors in public places and outdoors in large groups that could include people who are not vaccinated against COVID-19.

The governor also warned that progress in ending public restrictions and, potentially, the state of emergency depends on adult Virginians getting vaccinations to help achieve President Joe Biden’s new goal of having 70% of the population vaccinated by July 4 to achieve herd immunity against the disease.

“It’s a way for us to get back to doing the things we love to do,” he said.

“This is long-awaited good news for our small-business owners in Virginia,” Riley said. “We have seen countless other states ease their restrictions and let small businesses reopen for the busy summer months.

“With increased vaccinations and the lifting of restrictions, small businesses will be able to rebuild, rehire and continue to support Virginia’s economy,” she said.

Northam also said he expects the federal government to soon allow use of the Pfizer vaccine for children as young as 12.

“You don’t have to be a pediatrician to know that’s good news,” said Northam, a pediatric neurologist.

The governor said the state would not require schoolchildren to receive vaccinations, but he encouraged parents to allow them to do so. He cited a new survey by Virginia Commonwealth University that suggests a majority of parents are willing to have their children vaccinated against COVID-19.

Currently, only the Pfizer vaccine is authorized for use by 16- or 17-year-olds, and Northam estimated that about 63,000 have received it in Virginia.

The statewide survey by the L. Douglas Wilder School of Government and Public Affairs included 188 parents of children under 18 out of a total of 907 people surveyed April 6-23.

Out of 112 parents with children between 12 and 17, two-thirds said they would be very or somewhat likely to allow them to be vaccinated. One-third said they were not likely to have their children vaccinated at that age, and two people didn’t answer the question.

Support was strongest in the urban crescent from Northern Virginia through the Richmond area and Hampton Roads, where between 74% and 84% of those parents said they would be very or somewhat likely to have their children vaccinated at that age.

In the region that includes the Richmond and Tri-Cities areas, 60% said they would be “very likely” and 24% “somewhat likely” to allow their children to be vaccinated.

“When people say they have no problem with getting their children vaccinated, that’s going a long way,” Wilder said.

Separately, of the 110 parents with a child 11 years old or younger, 73 said they would be very or somewhat likely to allow vaccination, or 63%.

Support for vaccination of children between 12 and 17 was strongest among Asian, Hispanic and Black parents, with 81%, 77% and 68%, respectively, saying they would be very or somewhat likely to allow their children to be vaccinated. But those percentages declined to 49% each for Black and Hispanic parents of younger children.

“The willingness of a substantial majority of these parents to do it [shows] they have a belief now in the availability of it, as well as the efficacy,” said Wilder, the nation’s first elected Black governor, serving from 1990 to 1994.

A majority of Black, Hispanic and Asian parents also supported the return to in-person instruction, but a significantly larger percentage of those parents said they would not be willing do so, compared with white parents.

The survey showed that 34% of Asian parents and 32% of Black parents said they would be “not too” or “not at all” willing to have their children return to school, compared with just 12% for white parents and 26% for Hispanic parents.

Wilder attributed those disparities to “historical skepticism relative to housing, employment and health, and education.”

He said the survey also showed that parents would be more willing to send their children back for in-school instruction if the schools limit class size, require a 14-day quarantine for faculty and staff infected with COVID-19, and test teachers regularly for the virus even if they don’t show symptoms of the disease.

Northam is trying to overcome vaccine hesitancy by drawing a clear connection between vaccinations and improved public health results that show that the number of new cases, the percentage of positive tests, and the number of people hospitalized or dead from the disease are sharply declining.

He attributed those declines to expanded use of vaccines, with more than 3.9 million Virginians, or almost 46% of the population, receiving at least one dose and more than 2.8 million, or 33%, fully vaccinated.

Northam and his vaccine coordinator, Dr. Danny Avula, said the state will step up use of mobile vaccination units to reach people in underserved areas or facing obstacles in getting shots, beginning on May 17.

Mass vaccination sites and many pharmacies, including CVS, no longer require preregistration or appointments, but instead administer the vaccine to anyone 16 or older who walks in and requests it.

The faster Virginians become vaccinated against COVID-19, the sooner that Northam says he will be able to eliminate restrictions on public gatherings and eventually end the public health emergency.

“It’s really up to Virginians how we move forward,” he said.

Gov. Ralph Northam warned that progress in ending public restrictions depends on vaccinations to help achieve President Joe Biden’s new goal of having 70% of the population inoculated by July 4.

Va. Governor Ralph Northam (left) listens to his chief of staff Clark Mercer (right) during the governor’s COVID-19 update press conference in Richmond, Va. on May 6, 2021