The defendants were arrested Jan. 16, 2020. The men were planning to travel to Richmond to attend a Second Amendment rally on Jan. 20, the government said at the time.

On Jan. 15, 2020, Gov. Ralph Northam had cited safety threats in declaring a state of emergency and banning guns from Capitol Square for the rally. The rally, which police estimated drew 22,000 people, ended without violence.

Former Canadian Armed Forces reservist Patrik Jordan Mathews and U.S. Army veteran Brian Mark Lemley Jr. are scheduled to be sentenced Oct. 28 after pleading guilty to gun charges in June. They have been jailed since their arrest at a Delaware apartment where the FBI had installed a closed-circuit television camera and microphone.

The surveillance equipment captured them talking about planning an attack during the gun rights rally at the Virginia Capitol, destroying rail lines and power lines in Virginia, and how Mathews “briefly considered” trying to assassinate the Virginia House speaker, prosecutors wrote in a court filing Thursday.

After Mathews found a home address for the House speaker on the internet, he and Lemley “pondered” an attack on her route to work because they concluded that there probably wasn’t a good sniper location near the lawmaker’s home, prosecutors said.

“In Mathews’s view, the Speaker’s murder ‘would probably accelerate their gun control agenda,’ which in turn Mathews hoped would spur a violent reaction,” prosecutors wrote.

But they ultimately set aside the idea, waiting to see if Virginia lawmakers would pass gun control legislation, prosecutors said. Filler-Corn, a Fairfax County Democrat, was sworn in as speaker on Jan. 8, 2020, but prosecutors don’t name her in their court filing.

“Hoping for a civil war that would decimate racial and ethnic minorities and subjugate women, the defendants joined forces with each other and others, studied violence, tested their weapons skills, stockpiled munitions and supplies, and planned to kill on a large scale in pursuit of their goals,” prosecutors wrote.

Filler-Corn said in a statement Friday that she was told Thursday that the two men had discussed targeting her.

“This is extremely disturbing, and it should disturb all Americans,” she said. “This pattern of using violence to intimidate the leaders and symbols of our democracy undermines the core values of our democracy itself.”

In their sentencing memo, prosecutors describe how the defendants discussed the collapse of the U.S. government, which it says white nationalists often refer to as the “Boogaloo”:

Defense attorney Ned Smock said Lemley, who served in Iraq during his time in the Army, “lost his way during a difficult time in his life” and has taken responsibility for the nonviolent crimes he has committed. Smock said prosecutors have focused on things that Mathews and Lemley privately discussed instead of the crimes for which they were charged.

“But these are only words. Mr. Lemley has never engaged in violence, he did not plan to initiate violent action, and he took no steps toward carrying out any of the acts mentioned in these recordings,” Smock said Friday in a statement to The Associated Press.

Smock said he is asking for a prison sentence of two years and nine months for Lemley. That would be at the low end of the sentencing guidelines range calculated by the court’s probation department. The high end of the calculation for Lemley is three years and five months, according to Smock.

Mathews and Lemley were charged along with a third member of The Base. The group has been a leading proponent of “accelerationism,” a fringe philosophy that advocates using mass violence to hasten society’s collapse.

The third co-defendant, William Garfield Bilbrough IV, was sentenced to five years in prison after pleading guilty in December to helping Mathews illegally enter the U.S. from Canada in 2019.

The FBI heard Mathews and Lemley talk about trying to free Roof, who was sentenced to death for killing nine members of a Black church congregation in South Carolina in 2015. They discussed how many people it would take to break into the maximum-security prison in Terre Haute, Ind., where Roof is an inmate, how many guards would be there and how a shootout would happen, prosecutors said.

“Can you imagine Dylann Roof broked out of jail?” Mathews said, according to prosecutors. “The Base would be known as the guys who broke out Dylann Roof.”

Mathews and Lemley pleaded guilty to charges including illegally transporting a firearm and obstruction of justice, for destroying cellphones when FBI agents raided their apartment.

None of the defendants faced terrorism-related charges, but prosecutors are seeking a so-called terrorism enhancement at sentencing that could lead to a significant increase in a prison term if U.S. District Judge Theodore Chuang agrees to apply it.

The case against the three men charged in Maryland was part of a broader investigation of The Base. In January 2020, authorities in Georgia and Wisconsin arrested four other men linked to the group.

FILE - This image taken from a Sept. 14, 2019, video and released in a U.S. Attorney detention memorandum, shows Brian Mark Lemley Jr, driving, and Patrik Mathews, passenger seat, passing through a toll booth near Norfolk, Va., en route to Georgia. Federal prosecutors in Maryland, on Thursday, Sept. 30, 2021, are recommending 25-year prison sentences for Lemley Jr, and Mathews, two neo-Nazi group members who were arrested by the FBI ahead of a gun rights rally at Virginia's Capitol. (U.S. Attorney via AP) 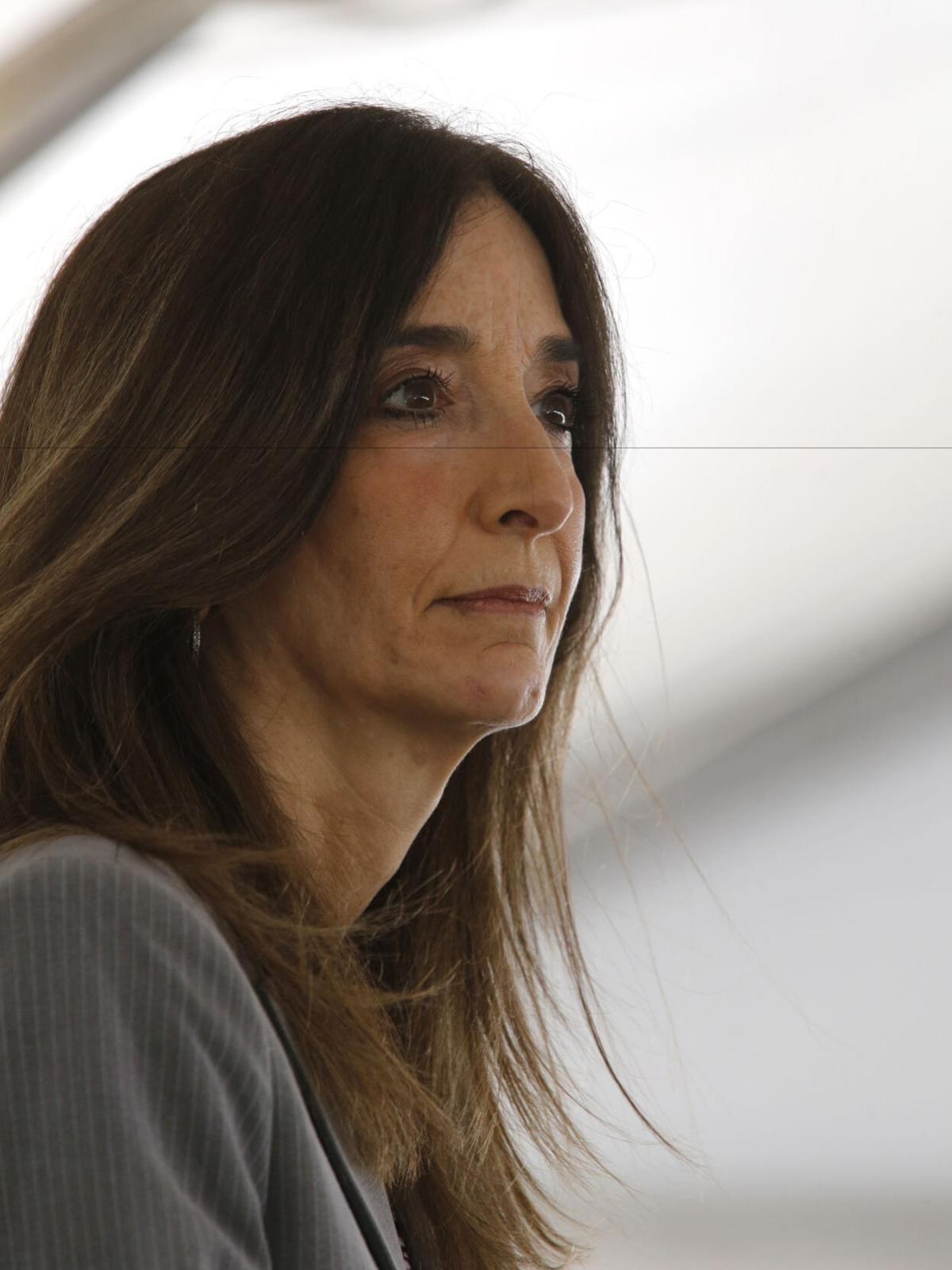 House Speaker Eileen Filler-Corn, D-Fairfax, was the target of a 2020 plot.