Faced with a state mandate to end the discharge of untreated sewage into the James River by 2035, Richmond is asking Gov. Ralph Northam for up to $883 million in federal emergency aid to pay for it.

The request is part of a $1.4 billion package for ending combined sewer overflows in three cities — Richmond, Alexandria and Lynchburg — with money from the American Rescue Plan Act that President Joe Biden signed into law on March 11.

Separately, the governor’s secretary of natural resources has recommended using $30 million of the $4.3 billion that Virginia has received from the federal COVID-19 relief package to help Richmond pay for a smaller package of interim improvements to its antiquated sewage system that must begin by next July under a law enacted last year.

“I do think that makes sense, but it’s a staggering number,” said Sen. Siobhan Dunnavant, R-Henrico, who worked with Sen. Richard Stuart, R-King George, on legislation that required Richmond to prepare an interim plan by July 1 to address the chronic problem.

The oldest sections of Richmond are served by a system of century-old wastewater pipes that combine raw sewage and stormwater. The network, draining wastewater from more than 12,000 acres on both sides of the James, overflows in heavy rains, sending raw sewage and street waste into the river.

“We honestly do have brownouts, where you can’t go into the James River,” Dunnavant said. “It really is affecting our water quality.”

(The city of Richmond, citing the day’s rainfall, said in an email Thursday evening that “enough rain has fallen to trigger a combined sewer overflow,” and that when no rain has fallen for 30 continuous hours the city will issue another email “to signal the end of the overflow event.”)

Richmond has spent $312 million over the past 50 years to reduce the pollution and move it out of the James River Park System, but the city’s utility ratepayers haven’t been able to afford the cost of fully solving the problem.

The new law requires the city to submit a plan in mid-2024 to solve the problem entirely, begin the work a year later and complete the project by mid-2035.

But the cost would pose an enormous financial challenge for Richmond utility ratepayers. They already pay among the highest monthly rates in the state for sewer service, in a city with about 23% of its population living under the federal poverty line and more than half in communities of color.

Richmond estimates that the average household sewer bill would increase to $2,200 a year to fund all of the remaining work. That’s a 187% increase over the current $766.

“This will push the city’s 23 poorest census tracts, which represent 33% of city housing units, past [Environmental Protection Agency] affordability thresholds by 2040,” the city said in a package submitted to Northam by Richmond, Alexandria and Lynchburg to justify their requests.

A group of Richmond-area legislators, all Democrats, wrote Northam on Wednesday asking him to recommend funding the work with federal dollars to “provide environmental benefits to the Richmond region, as well as to the Chesapeake Bay.”

“The dedication of [American Rescue Plan Act] funds for this purpose represents a once in a multi-generation opportunity to make exponential improvements in water quality by virtually eliminating the discharge of raw sewerage during periods of heavy rainfall,” they said.

“In addition, it will ameliorate the inequitable impacts on the city’s economically disadvantaged wastewater utility ratepayers, who otherwise would be subject to a 187% rate increase to their current sewer bill to accomplish this work,” said the legislators.

The interim plan, which Richmond submitted to the Virginia Department of Environmental Quality in a report last week, would cost $33.3 million and capture more than 182 million gallons of wastewater a day by the time it is completed in mid-2027.

The plan consists of 10 projects to temporarily store wastewater before treatment, divert the waste to parts of the system with capacity to handle it, and use a new automated control technology to store and treat wastewater more efficiently.

Together with past investments, the plan would prevent 91% of the overflows into the James, city officials say. But the cost of getting close to zero has grown exponentially since 2005, when the city entered into a consent order with the state to address the problem.

The proposed interim plan would include most of the initiatives in the consent order, but the remaining four projects would have cost more than a half-billion dollars then. Now, they would cost about $850 million because the technology has changed along with the dollar’s value over the past 16 years.

The biggest remaining challenge is storing and disinfecting wastewater that can’t be handled by the city’s massive Shockoe Retention Basin in the oldest part of Richmond. The city aims to capture 99% of all overflows when the work is completed.

“The idea is to capture the entire overflow of the city of Richmond, so we don’t overflow at any location any more than four times a year,” said Bob Steidel, deputy chief administrative officer for operations.

Politically, the issue poses a challenge for the General Assembly, which will convene on Aug. 2 for a special session to determine how to use the billions of dollars of federal aid and elect seven judges to the Virginia Court of Appeals.

In addition to Richmond, Alexandria is seeking $500 million and Lynchburg is asking for $50 million to complete work on their combined sewer systems without overwhelming their local utility ratepayers or exceeding their debt limits.

“Each has adopted a design and construction plan best suited for its ratepayers. ... Each has different financial impacts,” they said. 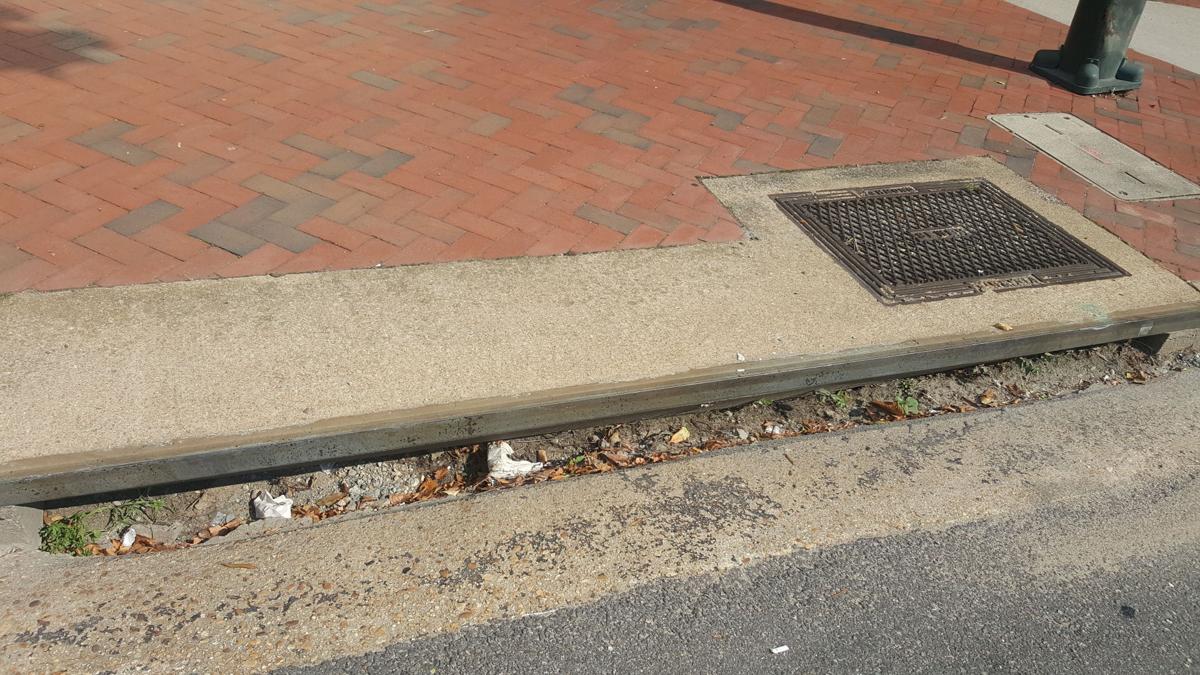 This 2016 file photo depicts a stormwater drain in downtown Richmond. In parts of the city, stormwater and wastewater flow through the same pipes to wastewater treatment plants. 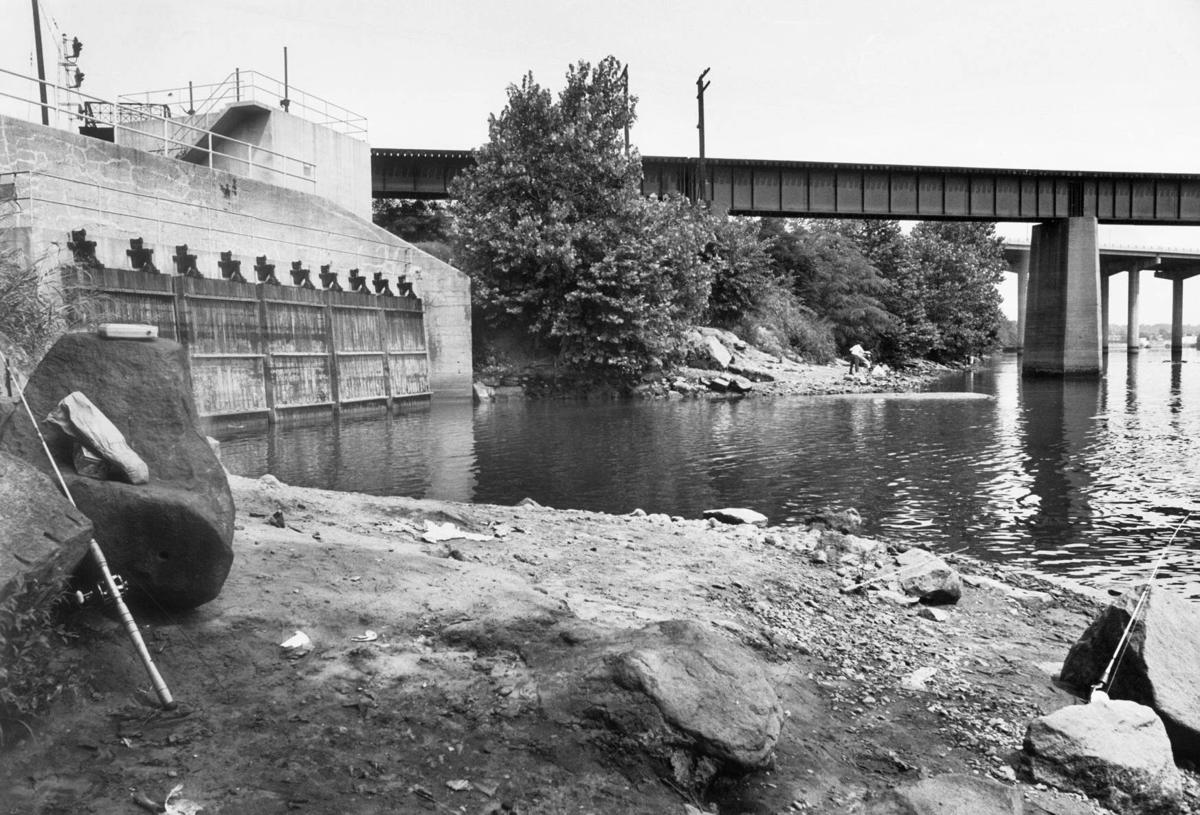 In July 1965, the Shockoe interceptor gates along the James River opened after torrential rains in Richmond. During that era, letting sewage flow into the river was one way to limit sewer backup and street flooding. Municipal and industrial waste were huge factors in river pollution in the 20th century.