With the Capitol cordoned off, gun rights activists drive and honk through Richmond's streets

(45) comments Back to story

So he supported Trump. So according to Joe he ain't black. Wonder what color he is now Uncle Joe?

Maybe Kanye should try and switch to the Republican ticket. It looks like President Lysol is losing ground with the base.

Wow! All those leaders.... and all their constituents?

Between that and the Lincoln project when have we ever seen so many of one party declare their votes for the opposition?

It's possible that you are overestimating the voting effect of the Republican leaders who endorsed Joe Biden. There's an old saying that an endorsement is worth the vote of the endorser, and maybe 50% of the time, the vote from the endorsers' spouse.

Diane, when have so many democrats EVER endorsed a republican.

These are not your average citizen and their wife. These are accomplished politicians with LARGE constituencies.

And then... there’s that whole other Lincoln Project of Republicans who are supporting Biden.

It looks like all smart republicans are throwing their vote to Joe!

p.s. the base is also jumping ship.

“A pro-life spokeswoman quit her job rather than endorse Donald Trump for another term in the White House.

Trump has called himself the most pro-life president in history. But Stephanie Ranade Krider, executive director for Ohio Right to Life, decided she couldn’t support him and couldn’t keep working for the prominent pro-life group as it prepared to help him win re-election.

She resigned June 30. The next morning, she woke up and felt like she could finally breathe again.

“You learn to hold certain things in tension, and for me it came to a point where I couldn’t anymore,” Krider said. “I’ve been grateful for the things Trump has accomplished and skeptical of his pro-life views.

“Always, there has been this undercurrent where he just does not respect women and he does not like black and brown people. I can’t look at any of his behavior and see evidence of the Holy Spirit in his life. Nothing about his words or actions are kind or gentle or faithful or full of self-control.”

How bout the seven mayors up in Minn?????

Haha... I’ll see your 6 mayors ( wow... you can’t even artificially inflate your number right) of tiny cities in Minn and raise you 100 national republican leaders like Chris Christie and the whole republican Lincoln project, Rick Fisk.

Seven mayors do not trump hundreds of Republicans going with Biden, such as, within the past 24 hours, the immediate past governor of Michigan, Rick Snyder. Try dealing with reality, Mommy.

"The lawyer also suggested that removing an African American candidate from the presidential ballot would not be the right look in a year that has spotlighted “disparate treatment of a segment of our society.”.............Yep, got a good point there, and notice that is is the Democrats who are demanding a Black American be taken off the ballot, because it isn't about Black Americans, it is about politics. the Democrats don't care about Black lives mattering, they let dozens of Black Americans get killed in cities like Baltimore, Chicago and many others, because it they just don't care. This issue, the riots, derelict handling of criminals and thugs, draconian gun laws aimed at gun confiscation from law abiding citizens, Nancy Pelosi getting are hair quaffed while not wearing a mask, while most citizens are barred from doing that, and now, we have Democrats demanding that a Black American be removed from ballots............Vote Republican, this garbage, lawless Democrats who don't care about Americans, but just care about getting elected , encouraging and participating in riots, and demanding that people keep their businesses locked down, while they get their hair done, are what the Democrats have become, and America needs NON OF IT.

Yeah... Kanye’s lawyer is the most impartial observer.... NOT.

Even republicans are saying a resounding “NO” to Rump.

“Maryanne Trump Barry was serving as a federal judge when she heard her brother, President Trump, suggest on Fox News, “maybe I’ll have to put her at the border” amid a wave of refugees entering the United States. At the time, children were being separated from their parents and put in cramped quarters while court hearings dragged on.

All he wants to do is appeal to his base,” Barry said in a conversation secretly recorded by her niece, Mary L. Trump.

“He has no principles.

And his base, I mean my God, if you were a religious person, you want to help people. Not do this.”

Barry, 83, was aghast at how her 74-year-old brother operated as president. “His goddamed tweet and lying, oh my God,” she said. “I’m talking too freely, but you know. The change of stories. The lack of preparation. The lying. Holy SHlT.”

So Democrat lawyers remove a black man from the ballot. I suppose they will simply tell the average voter that "The Russians made this happen" once the "blacklash" comes. I have never seen such insanity - and it's all from the left.

Nope! Law-abiding Democrat election officials deny an unqualified candidate from a place on the ballot.

Rump is the gift to Putin that keeps on giving!

“ Russia has sought to “amplify” concerns over the integrity of U.S. elections by promoting allegations that mail-in voting will lead to widespread fraud, according to an intelligence bulletin obtained by ABC News, again echoing a frequent and unfounded complaint raised by President Donald Trump.”

A vote for Rump is a vote for Putin’s America!

Maybe he should run for Richmond Mayor, probably better than what they have now.

Richmond has what they deserve. Period.

I think the more important point is the message. This is just the beginning of what will provide to the most litigated election ever. The Democrats want to change the rules in the middle of an election that is already going to be difficult due to C19. The use the pandemic to justify the mess they are trying to create. Seems logical but it simply isn’t practical. If they want to change the game it should be thoughtfully executed for the next election and, even then, with built in checks.

I’ve never seen a party act so erratically and frantically as the Democrats have behaved since the day Trump won the nomination. Absolutely nuts.

No rules being chsnged here. Just enforcement of the law.

Many states have found him not eligible for their ballot because of fraud, missing deadlines (shout out to Forgetful Nick Fritos!), and forged signatures. Realistically, whether he is on the Virginia ballot or not makes no difference in the outcome (Biden wins by a wide margin). I have looked at the states where he has qualified and his presence could only make a difference in the outcome of one of them. And that would be a stretch. The Trump folks did not get on this early enough to get him qualified for states where he might have made a difference.

It's concerning (but not entirely surprising) that, this year especially, Democrats are using the courts *not* for law& order, but to legitamize their agendas. It's South American politics right here in Virginia. If Ralph Northam wants to bully some dirty politics through, he's got friends on the bench. And prosecutors too, like Collette McEachin. Dirty politics, Chilean style.

Republicans are just miffed at seeing their strategy to leech Dem. ones go down in flames.

Good riddance!! I wonder why Trump has not appointed Kanye and Kim ambassadors or cabinet members to work along with his do-nothing daughter and son-in-law. They will fit right in with the rest of the incompetents working in the WH.

I suspect this decision will be appealed. So maybe it's not over yet.

No grounds for appeal. It’s all over.

Jill Stein was never a serious candidate for president in 2016 but with the help of Vladimir Putin, Jim Comey and the f'd up media put Trump in the White House... ~~~ Bob

The 2016 sore losers are afraid the man in the basement will lose some black votes, causing them to having to endure another four more years acting the fool.

Surely you don't think West should be on the ballot, as the fraud is indisputable?

Youse lover is a fraud too Latane ,,, and he is on the ballot as the puppet for the new Socialist Party, and spends most of the time in the basement. Period.

Awwww.... Spacy Peter won’t be able to cast his vote for Kanye now.

As a racist, you will not either Flaky ... Youse prefers whites who pretend to be for youse causes. Period.

Wrong, Racist Peter. I will not be voting for Kanye because my fire is based not on the color of one’s skin, but the content of their character.

The rapper has been charged with three misdemeanour counts of battery, grand theft and vandalism after last year's paparazzi scuffle and could spend 30 months in prison if convicted”

What is it with Republicans supporting candidates with records?

David, have you considered that the real fraud might be Democrats paying the electors to repeal their vote, Democrats do that type of thing all the time...........The fraud could easily be on the side of the Democrats, but notice their won't be any investigation into that, and THAT is a REAL problem David.

Wrong Fake News Fred. You have your parties mixed up again.

“Trump allies are handing out cash to black voters”

Yep, if this was a person the Democrats could use, they would have no issue with West being on the ballot, and they would promote and propagandize about Racist Republicans trying to keep a Black man down.........Now, with this side show, that it is the Democrats, who are keeping the Black man down, and they have been doing it since the end of the civil war with the KKK, Jim Crow laws, Lynchings and other atrocities against Black Americans. The Democrats are losing the Black vote, and it will make a difference in November, because Black Americans are recognizing that the Democrat party has just used and abused them for centuries, keeping them on the Liberal Plantation, and it is the Republicans, lead by President Trump, that are providing REAL opportunity to excel, and many are, like Kanye West.

Yep... if republicans had ANYONE they could use that person would be on the ballot. 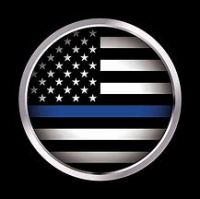 Good, he's not a serious contender!

Joe "YOU AIN'T BLACK" Biden, Governor Ralph Blackface with his KKK buddy.......I could go on RJ, but as always, I bring FACTS to the discussion, and you, not so much at all.

“The Republican Party Is Racist and Soulless. Just Ask This Veteran GOP Strategist.

Stuart Stevens says he now realizes the hatred and bigotry of Trumpism were always at the heart of the GOP.”

History proves you wrong Drake, see what good a public education did for you?

Jeff, Democrats own the KKK, Jim Crow laws and Lynchings and other atrocities towards Black Americans like the Liberal Plantation.......Pretty common knowledge among informed individuals, you need to get informed.