'Now is the time to break out those masks:' Richmond area hits high COVID levels, per CDC

Rick Holcomb will retire as commissioner of the Virginia Department of Motor Vehicles, 28 years after he first took the job under then-Gov. George Allen.

Holcomb, who announced his retirement in an email to employees on Monday morning, has served for 19 years in two stints as commissioner under five governors, three Republicans and two Democrats.

Between stints, he headed a national association for the trucking industry.

His last day will be Jan. 14, the day before Republican Glenn Youngkin is inaugurated as Virginia’s 74th governor.

Holcomb has come under fire from Republicans and some Democrats for presiding over the long closure of DMV offices to walk-in service during the COVID-19 pandemic, but he made his mark at the agency by focusing on customer service, using the internet and other methods to reduce lines at public offices.

“During my tenure as DMV commissioner, I have worked my hardest to promote DMV as an agency that is, first and foremost, oriented toward our customers,” he said in the email. “I have also cared deeply for the DMV employees, and always had your interest foremost in my mind.”

DMV closed its 75 offices across Virginia when the pandemic struck in March 2020, and reopened them two months later by appointment only. Pushed by the General Assembly, Holcomb reopened the offices to walk-in service in early October, but only for three days a week, while reserving three other days for appointments that he said were more popular with customers than the old cattle-call system of service.

“We hope this is the best of all worlds,” he said in previewing the hybrid system in September.

Holcomb brought technological innovation to DMV when Allen, a Republican, first appointed him in 1994. Reappointed by Republican Gov. Jim Gilmore four years later, he made Virginia the first state to allow online transactions during his first seven-year tenure, while increasing operating hours and adding offices.

“In fact, we eliminated ‘lines’ by allowing customers to sit comfortably in seats waiting to be electronically called to the service window,” he said in the email. “Again, first in the nation to do so!”

The DMV also consolidated regulated authority over the trucking industry, expanding options for weighing heavy vehicles, and shifted regulation of auto dealers to a new Board of Motor Vehicle Dealers.

“Richard has given decades of his life to public service, serving Virginia drivers through both Democratic and Republican administrations,” Northam said Monday.

“I’m grateful for his work to make Virginia roads safer, and particularly proud of his efforts to implement voter registration at DMV offices across Virginia and oversee the end of driver’s license suspensions for unpaid court fines,” the governor said. “I wish him a peaceful and happy retirement.”

In his second, 12-year tenure, Holcomb pushed to expand the number of different transactions customers could conduct online to 50 and then added 10 more during the pandemic, while opening new offices and creating a mobile DMV Connect program for underserved areas.

During the pandemic, Holcomb said the DMV conducted 10% more transactions a week than before and brought in $3.3 billion in revenue in the last fiscal year, about $500 million more than the previous year.

“I feel fulfilled by all we have accomplished together,” he told employees.

"This whole thing has just been incredibly disruptive to state employees who are parents," said Sen. Jennifer McClellan, D-Richmond.

As a financial wizard, Glenn Youngkin knows how to turn a problem into a profit.

Record-breaking gathering of "vampires" in England

Record-breaking gathering of "vampires" in England 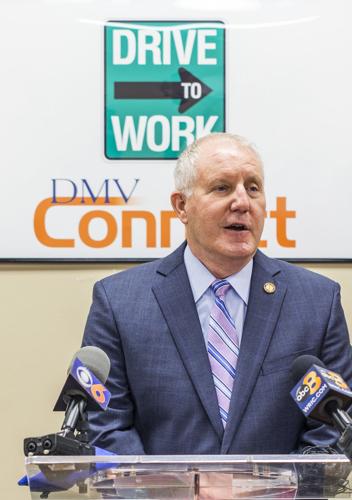 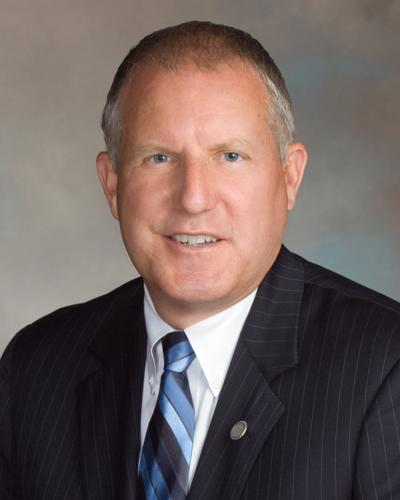