Schapiro: A Republican campaign in search of a theme
0 Comments
Share this
1 of 2 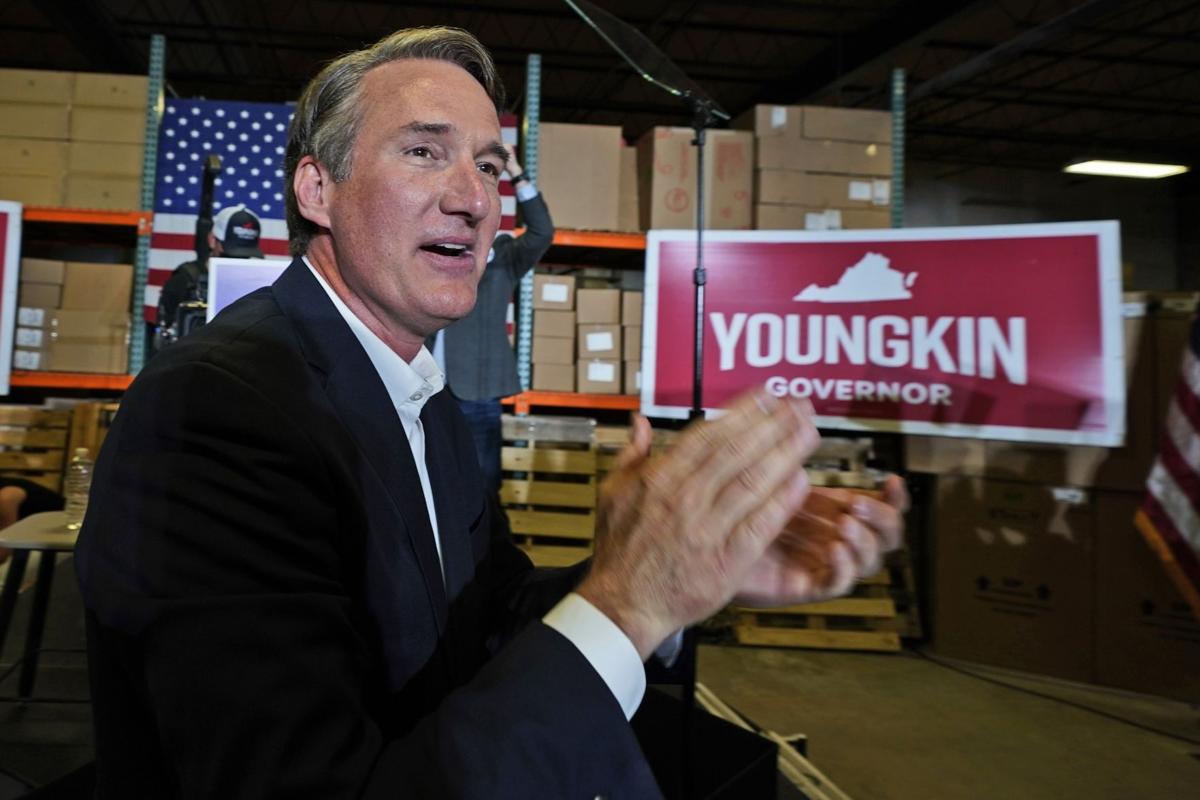 Republican gubernatorial candidate Glenn Youngkin arrived at a May event in Richmond.

After that, he played the joker, bashing his Democratic opponent for governor, Terry McAuliffe, with the biting words of a fellow Democrat.

And rarely does Youngkin mention he’s a Republican. After all, he wants to win in November.

The apparent theory behind this critical race — for Republicans, that is, not having won a statewide campaign in 12 years — is try anything that sticks.

This week, Youngkin is giving law and order a go, Democrats having handed him three cards that, on their face, might make voters yowl: a Virginia Parole Board that, Republicans insist, has an open-door policy for violent criminals, a 23-year high in the state’s murder rate and Democrats’ perceived hostility — post-George Floyd — for the police.

But there’s a problem: Youngkin can’t credibly talk up law and order, a powerful theme effectively used by earlier Republican candidates, when his party’s maximum leader — former President Donald Trump — is seen as disregarding it and encouraging others to do the same.

Further, the racial dimension of the Trump M.O. — that people of color are represented as perpetrators rather than victims — elevates the sensitivities of traditionally Democratic Black voters. That makes it tougher for Republicans who pull few Black votes to begin with to seem less hostile to minorities.

In peddling “the big lie” that the election was stolen by Joe Biden, Trump allegedly tried to steal it himself by pressing Georgia Republicans to declare him the winner there, triggering a criminal investigation by a Democratic prosecutor. Trump seemingly encouraged and condoned the violent attack by his followers on the U.S. Capitol in January.

And there’s the damning evidence that Trump’s Justice Department — to track down leaks about his campaign’s suspected collusion with the Kremlin in 2016 — spied on Democratic members of Congress, their staffs and family by demanding their data records from Apple.

This is not the preferred backdrop for an attempted subject change by a gubernatorial candidate who must embrace Trump to satiate the Republican base but must distance himself from Trump to stand a chance with suburban voters, many of them women, who are becoming reflexively Democratic largely out of revulsion for Trump.

Ergo, Youngkin’s musing on crime and cops “only brings the conversation back to Trump,” said Stephen Farnsworth, a politics analyst at the University of Mary Washington. Put another way: Trump’s lack of credibility on respect for the law makes it difficult for Youngkin to credibly represent himself as model of lawfulness.

Not that Youngkin isn’t trying.

The parole board has come under microscopic scrutiny for springing felons doing hard time for heinous crimes, including the execution-style shooting of a Richmond police officer in 1979. Whether these felons merit freedom is a nagging question. Another: whether the board followed its rules, such as consulting beforehand prosecutors and survivors.

The reporting on the board’s disputed conduct is densely detailed, making it difficult to boil it down to those few choice words that pique voters.

The last thing a candidate wants to do is explain, because if you’re explaining, you’re losing. This consumes time, of which there is little in a campaign, and which is further compressed by nonstop social media that erects two obstacles to comprehending an issue: brevity and impatience.

So, for Republicans the controversy at the parole board is subsumed to their warning that continued Democratic hegemony in Richmond is a threat to the no-parole rule in place since 1995 and the legacy of a GOP governor, George Allen. It did not apply to those felons released by the board, because they were convicted before parole-abolition became law.

But with federal and state authorities reporting that homicides are spiking across Virginia, apparently because of the pandemic, friction with police and escalating gun sales, tough talk on personal security might break through with voters largely focused on economic security. What better chance for Republicans to affirm lock-’em-up-ism?

And for Republicans to depict Democrats as putting victims first by shackling the police through new statutes that — and Youngkin doesn’t say this — seek to correct racial inequity in law enforcement. It’s a topic that divides Democrats. Witness their inability to reach terms on ending legal protections for police accused of wrongly resorting to violence.

A parole board adrift, a rising murder rate and skepticism of police are being bundled by Republicans to make a larger point: that Democrats are going too far. But in trying to make that case, Republicans could do more to arouse adversaries than allies. As Farnsworth put it, “The use of law and order could be, for Republicans, a knife that cuts both ways.”

Wanda Taylor hasn’t seen her son, Marquis, since the COVID-19 pandemic arrived in Virginia and shut down the state - ending visits at the stat…

Republican gubernatorial candidate Glenn Youngkin arrived at a May event in Richmond.