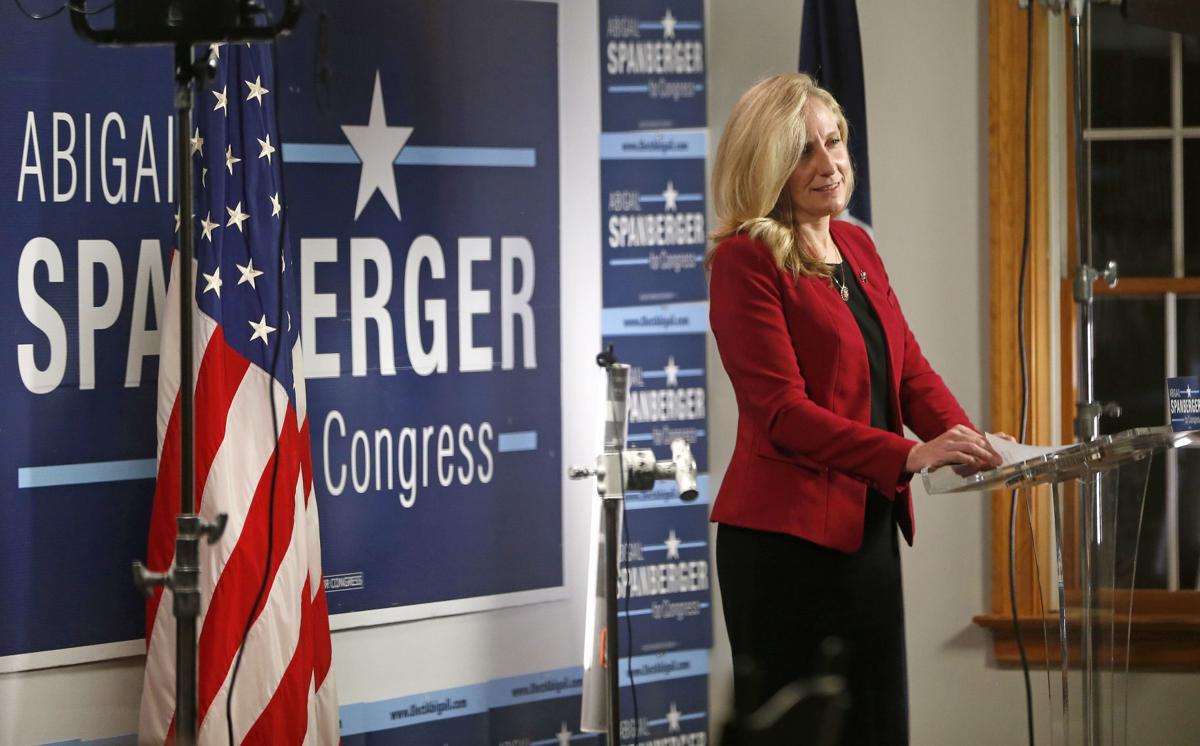 In this instance, it’s a double entendre — a commentary on her Democratic politics and her warning to fellow Democrats in the U.S. House of Representatives.

The usually decorous, freshly re-elected congresswoman from the suburban Richmond-anchored 7th District dropped the F-bomb this past week in a lament to the party’s House conference that its seemingly absolutist progressive wing fails to grasp that words have meaning — and that in a hard-fought campaign, such as hers against Nick Freitas, they potentially are lethal.

For Spanberger, a centrist by disposition and district, the words in question: Defund the police.

It’s post-George Floyd shorthand that, for the left, means reining in the cops by squeezing and shuffling their budgets and, for the right, means shutting down the cops altogether and surrendering the streets to hoodlums. It’s an idea opposed by President-elect Joe Biden but might have contributed to House Democrats’ loss of at least seven seats.

It’s a phrase, groused Spanberger — whose remarks to the ordinarily closed-to-the-press conference session magically found their way into the press — that nearly cost her a second term from a district where, while she ran ahead of Biden because of reliably blue Henrico and newly blue Chesterfield, she was pummeled in its eight red rural counties.

In one of them, Powhatan, Freitas — who’s yet to concede defeat but concedes the results likely are to stand despite his Trump-like, unsubstantiated allegations of voting irregularities — swamped Spanberger, roughly 70% to 30%.

Democrats, Spanberger said, have to a do a better job explaining “what we are for,” using “language that’s clear and doesn’t confuse people.” Spanberger said she used the four-letter flourish because she was frustrated by — these are my words — the tone-deafness of some Democrats. Defunding police, she said, “actually makes people fearful.”

On law and order, Spanberger’s credentials should be unassailable.

She is a former inspector for the Postal Service — the gang from which her father retired and that busted Steve Bannon, the Trump whisperer from Richmond, for an alleged Bilk-the-Wall fraud. She also was undercover overseas for the Central Intelligence Agency. That job allowed her do as Trump does, despite his claims it’s crooked: Vote by mail.

Abigail Anne Spanberger’s — or AAS’ — caught-on-tape rant on realpolitik affirms her status as the anti-AOC. It sends signals to her Republican-heavy district and moderate Democrats who are beyond its borders but alarmed by the party’s liberal lurch. It conveys that it is possible, if not required, with mixed constituencies such as hers, to stand apart from the party while standing with it. To do so, Spanberger suggests, is not disloyalty.

The leak — if that’s what it was; as a former spy, Spanberger knows all about plausible deniability — got a lot of attention. Even Alexandria Ocasio-Cortez — like Spanberger, a member of the anti-Trump Class of 2018 — had something to say about it. Ocasio-Cortez worried that a public, intraparty fight closely following a bad night for the House caucus was irresponsible and would sow division among Democrats.

It’s not the first time Spanberger has gone her own way — and gotten her name in the headlines because of it.

Running two years ago against Dave Brat, a divisive figure within his own party, having denied renomination in 2014 to speaker-in-waiting Eric Cantor, Spanberger vowed to oppose her own party’s speaker-in-waiting, Nancy Pelosi. Spanberger did — and will do so again next year, repeating that the Democratic Party requires leadership that more fully reflects not just where it is but where it should be going.

For Spanberger, that’s a middle path, one still preferred by Virginia Democrats, given their picks of Ralph Northam and Joe Biden in sharply contested primaries and their tempered approach to police reform.

Spanberger also is a member of the Problem Solvers Caucus, a group of House Democrats and Republicans committed to ending gridlock and hoping to expand their ranks in the post-Trump era. Its rules recall the animals boarding Noah’s Ark two-by-two — for every donkey or elephant who joins, one of the other beasts must enroll, too.

As if Spanberger hasn’t enough to worry about, Trump’s refusal to share the daily presidential intelligence brief with Biden, she said, comes at a perilous time: the transition to a new administration, a potential gap in governance when adversaries might believe America’s guard is down. And what if a cash-strapped citizen Trump attempted to monetize the nation’s secrets? Spanberger was asked.

Spanberger, who has her own head full of secrets, paused. “I hadn’t thought about it.”

An icon and now an ornament, Old City Hall gets new life after 126 years

The panel charged with recommending a replacement for Virginia’s Robert E. Lee statue at the U.S. Capitol says the designee can be someone kno…

The departing congressman from Nelson County sees QAnon conspiracy theorists as a threat to the republic and explores the theme of true believers in a new book on one of his favorite topics.