Schapiro: Another problem for VMI — incestuous oversight
28 comments
Share this
1 of 2 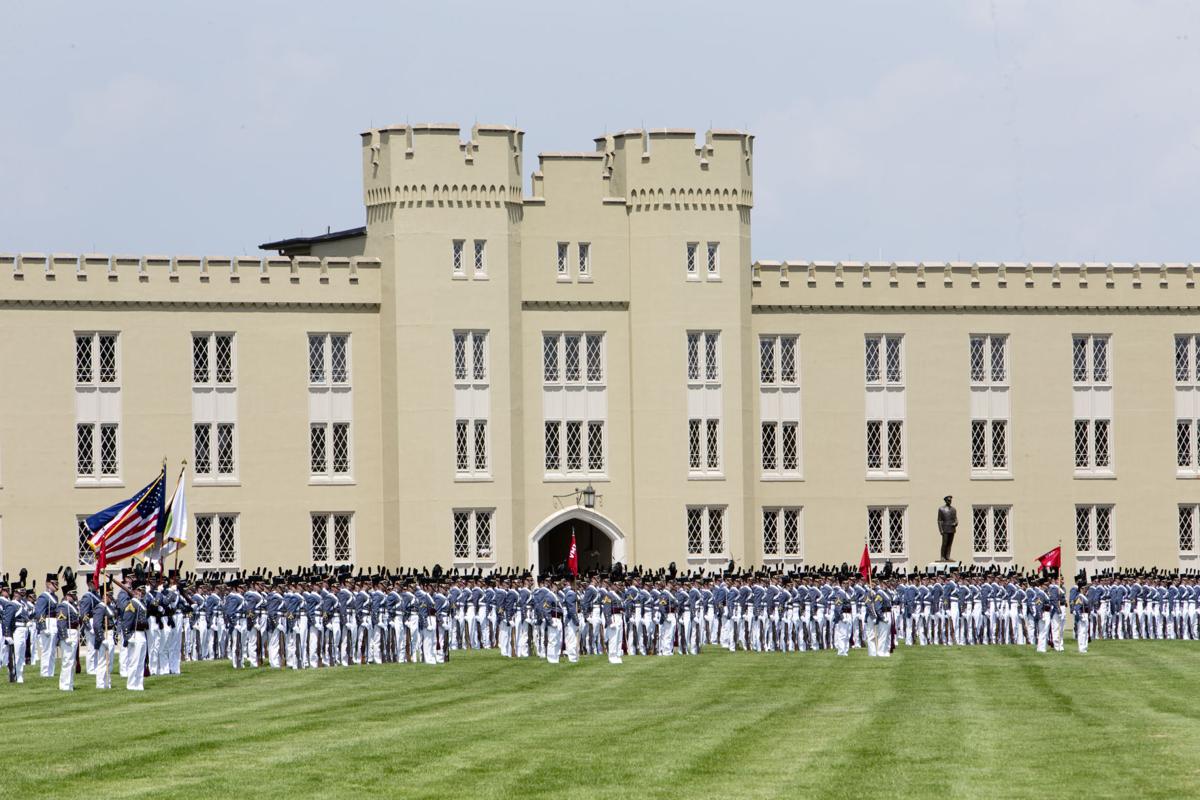 In 2018, Virginia Military Institute cadets lined up for the Cadet Change of Command and Graduation parade on the Parade Ground.

When facing a crisis its hardcore, Old-Corps types consider existential, Virginia Military Institute (VMI) dons its brass-button, feathered finery and marches toward the cannon fire. And VMI gets mowed down in the process.

This happened in 1997, when VMI was forced by the U.S. Supreme Court to open its ranks to women. It is happening again in 2021, as VMI, buffeted by the racial equity movement, confronts its Confederate past.

Part of the problem — then and now — might be the school’s governance.

Under Virginia law, 12 of VMI’s 17 overseers — gubernatorial appointees who make up its board of visitors — must be alumni. Eight of the 12 are required to be state residents; four, from out of state. The remaining members are four nongrads and the commander of the state militia.

VMI is not alone is having a board weighted to alumni or Virginia residents.

The boards of all of Virginia’s four-year public colleges and universities have quotas, carved in law, for graduates and residents. The boards are small — 12 to 17 members — making it relatively easy, as seen at the University of Virginia (UVA) and the College of William & Mary, for a few overseers to bring things to a grinding halt.

Ideally, the board of visitors should be a window on the school and the outside world, and an early warning system for administrators. Instead, it can become a closed echo chamber crowded with individuals who — in the case of VMI — survived its rigors and perhaps tell each other what they want to hear rather than what they need to know.

This incestuousness — and that’s what devoted VMI supporters call it — can aggravate problems rather than ameliorate them. The record shows as much.

The board of visitors — by a single vote, cast by a female member whose husband, son, grandson and granddaughter were graduated from VMI — consented to enroll women 24 years ago rather than attempt to take the school private in a last gasp to preserve its males-only admissions policy.

Such an option recalled Massive Resistance, the state’s policy of public school closings in defiance of the 1954 order by the Supreme Court desegregating classrooms. Rather than educate Black and white students together, Virginia encouraged spending public dollars for de facto private schools for whites.

It would be an understatement to say VMI’s administrators and board — its members include four Black men and two women, and of those six, four are alumni — were slow to respond to elevated sensitivities over race after the deaths of George Floyd and other Black Americans at the hands of police.

This past spring and summer, many Virginia colleges and universities more fully acknowledged their roots in slavery and segregation, vowing to identify and eliminate emblems of both.

UVA, Virginia Commonwealth University, James Madison University and William & Mary, among others, moved quickly — at least quicker than the school for which the Old South has been the North Star: VMI.

VMI — guided by its superintendent, retired Army Gen. Binnie Peay, and its board — took tentative steps, some of which angered deep-pocketed, tradition-bound alumni. There were discussions on de-emphasizing the school’s role in the Civil War and removing the statue of Stonewall Jackson, the slave-owning Rebel general, cadets were expected to salute.

The patter would become policy. The process was not pretty.

VMI’s sluggishness cost Peay his job, months before he was to announce his retirement after 17 years as supe. It led to an investigation of systemic racism of the school, ordered by Ralph Northam, VMI graduate-turned-woke governor who is anything but popular among institute absolutists and will name four board members before leaving office in January.

Those appointments could create a coalition within the board that not only insists post-investigation reforms are implemented but that VMI consider others.

College boards are tricky creatures. That their members — picked by different governors with divergent agendas — get along can be more by accident than by design. Schools want overseers familiar with their customs, history and traditions. That helps maintain their distinct identities in a Virginia system distinguished by its diversity.

Before VMI’s latest calamity, there were stinging reminders that boards can fail the schools they govern.

In 1987, Gov. Gerald Baliles, a Democrat, used his appointive powers to reorient Virginia Tech’s board because the school had subordinated academics to athletics. During Gov. Jim Gilmore’s term, from 1998 to 2002, the William & Mary board became a battleground over the Republican’s supposed litmus tests for higher ed appointments.

In 2012, UVA’s board was paralyzed when several of its members forced out the university’s first female president, Terry Sullivan, triggering a schoolwide revolt that led to her reinstatement, the installation of new trustees, but — inexplicably — the reappointment of the perceived mastermind behind Sullivan’s dismissal.

At least VMI’s board can march in a straight line.

In 2018, Virginia Military Institute cadets lined up for the Cadet Change of Command and Graduation parade on the Parade Ground.