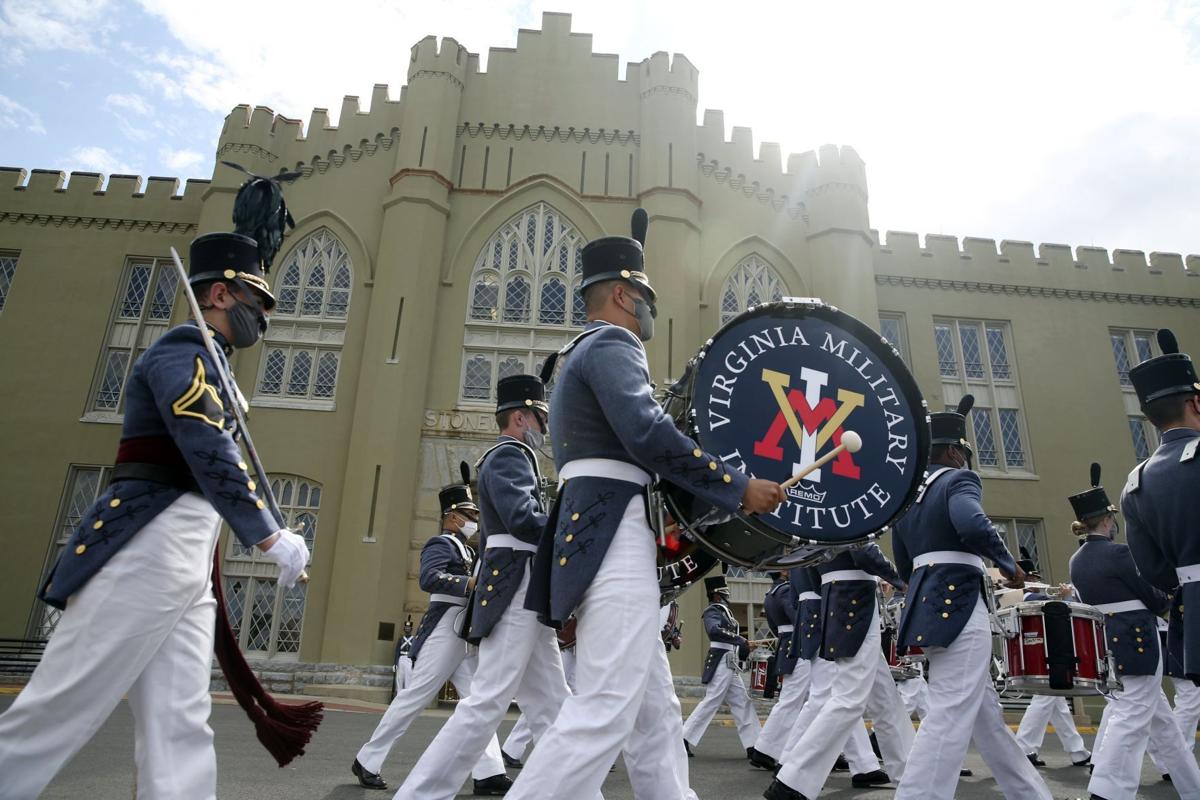 Virginia Military Institute cadets left the barracks while participating in the annual end of the year parade on May 19.

Those who attack Virginia Military Institute (VMI) as a white anachronism, wrapped in Confederate gray, defending the enslavement of Blacks, got their money’s worth from the $1 million investigation of the public college ordered by Gov. Ralph Northam — who, as a student there 40 years ago — was the chief enforcer of VMI’s rigid honor system, long viewed as unfair to cadets of color.

The inquiry, by the Barnes & Thornburg law firm, depicts VMI as a tough place for Black and brown cadets; tougher for females. Everyone expected that and would have been shocked if the report didn’t confirm a stereotypical image of VMI as a citadel of badly behaved, testosterone-riven bubbas.

It’s a perception up there with that of the University of Virginia as the preserve of hard-drinking, inbred preppies with last names for first names and of Virginia Tech as a place where hayseeds in bib overalls are handed a diploma, having kept a pig alive for four years.

These are incomplete, uninformed, unfair depictions of schools that — much as VMI is now — struggle with long histories of prejudice.

Compiled over five months, the Barnes & Thornburg findings brim with troubling anecdotes about hostility for minorities and women — the former arriving in 1968, when VMI became the last state college in Virginia to desegregate; the latter, landing in 1997, after the school lost in the U.S. Supreme Court a long, expensive fight to remain males-only.

The investigation, however, was not the death sentence VMI’s defenders feared.

Indeed, sandwiched between damning, anonymous accounts by cadets — past and present — of racial epithets and sexual assault, some of which have led to criminal prosecution, is an endorsement of the traditions that make VMI, VMI: the “rat line,” the punishing assimilation process for new students; the one-strike-and-you’re-out honor code; and the cadet court, once led by Northam, that enforces it.

Not that these customs — despite the hell, no-ism of Old Corps types who heavily participated in the online survey that accompanied the report — shouldn’t be revised to reflect contemporary realities, said Barnes & Thornburg, urging greater public oversight of VMI to ensure it behaves itself. The legislature’s power of the purse is another weapon.

Among the recommendations: allowing cadets facing possible expulsion to be represented in honor court proceedings by lawyers rather than fellow students, and requiring for a conviction unanimous decisions by seven-member cadet juries, instead of a five-vote supermajority.

This preserves an important practice at VMI — a nuance overlooked in the shrill debate that has engulfed the school over this past year of racial reckoning: VMI’s students, from the beginning of their tenure, are empowered to police themselves, using a military command hierarchy that, in theory, fashions leaders from flimsy civilians.

Wins, a retired Army two-star general who came to VMI on a basketball scholarship, was hired to steer the institute out of this latest mess and was putting in place ahead of the report a program to thwart and punish abuse by students and staff, and to democratize the school’s administration. Wins described the report as a road map to reform that complements his own.

Might it actually be that the investigators, led by Roscoe Howard, a Black no-nonsense former federal prosecutor for Washington, D.C., appointed by a Republican president, concluded it was too easy to brand VMI what it is: a change-averse, crenelated emblem of Virginia’s complex, painful past?

That can’t be done without considering VMI’s place in a defining feature of Virginia, itself: a system of more than a dozen taxpayer-financed colleges and universities, each with a distinct mission and personality, both of which are preserved by independent governing boards — its members are selected by the governor and confirmed by the General Assembly — that often, by law, are dominated by alumni.

Northam has used that authority to increase Black representation on the VMI board of visitors, whose president, Bill Boland, was singled out by Barnes & Thornburg as the brains behind the school’s on-again, off-again cooperation with investigators.

Boland also was incorrectly identified as the leader of the legal effort in the 1990s to keep VMI closed to women. That duty fell to his late boss at the giant Richmond law firm that defended the school back then, Bob Patterson. He was a VMI alumnus and gravel-voiced charmer for whom holding back the hands of time was a 24-hour job. The firm, McGuireWoods, also was counsel to the board during the latest unpleasantness.

It should come as no surprise that, in VMI World, the report will be met with disdain and defiance among those with a largely static view of the school. Though it clearly is an exercise in motivation by humiliation, the report is an opportunity for VMI to reinvent itself with the full knowledge that those who spent nearly a half-year uncovering what the school does wrong also discovered what it does right.

Virginia Military Institute cadets left the barracks while participating in the annual end of the year parade on May 19.