Schapiro: Campaign as crash course in Va. government
0 Comments
Share this
1 of 2 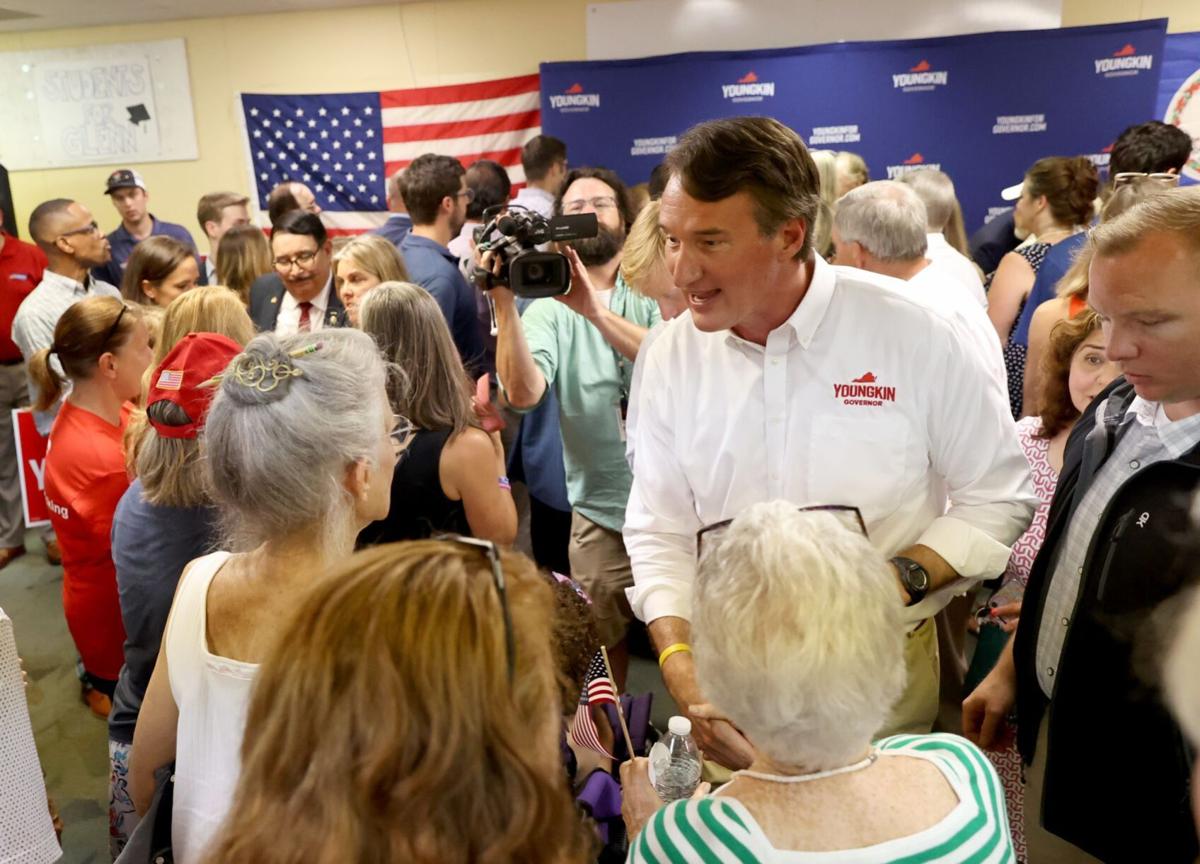 Glenn Youngkin, the 2021 Republican nominee for governor, is Terry McAuliffe in 2009.

Like McAuliffe in his failed bid for the Democratic nomination 12 years ago, Youngkin comes to the campaign as a big name in Washington, with big bucks and a big problem: He knows bupkis about state government.

And it might be among the reasons he’s ducking debates with McAuliffe.

The University of Richmond law school’s Carl Tobias, who tracks politics and law, said after Youngkin punted on the traditional opening debate before a lawyers group, “It probably is another data point in controlling the message, and questions from good lawyers would likely show how little he knows about Virginia government.”

It’s shocking Youngkin wouldn’t jump at any opportunity to share a stage with McAuliffe. It’s a chance to prove he’s McAuliffe’s equal. It’s also a setting in which the theatrical McAuliffe could embarrass himself, going full-on, fact-challenged hyperbolic while the whole world is watching.

Youngkin’s selective engagement, especially with the press, is about message discipline. Spending millions of his own money, Youngkin insists on telling his story his way. With bio ads as substantive as cotton candy, he aims to hold the base of former president Donald Trump, bring home Trump-hating Republicans and woo election-deciding independents.

Some might consider otherwise in considering some of Youngkin’s proposals.

They’re provocative — whether on race, education or immigration. They seemingly are inconsistent with the Virginia Constitution, though. Lucky for Youngkin few people notice. At least not those whose votes count most: ordinary Virginians.

Youngkin’s Fox News-fueled sop to the angry, white right — a promise to prohibit the teaching of critical race theory in public schools — hangs on the notion he could ban it unilaterally via executive order.

Forget for a moment that kids here aren’t taught critical race theory, a scholarly notion that racism is part of the fabric of our legal, social and political system. Instead, focus on what the Constitution says about education.

Article VIII proclaims public schools free and open to all school-age children. It’s a repudiation of school closings by the state in the late 1950s in defiance of federal court-ordered desegregation.

Article VIII delineates the responsibilities of the governor, the legislature, the state Board of Education and local school boards. Overall, Article VIII depicts the management of schools as a collaborative exercise.

The governor appoints the superintendent of public instruction and members of the state board, which has responsibility for education policy. However, that is “subject to the ultimate authority of the General Assembly,” the Constitution says.

The legislature’s role in education further is elevated by its control over spending. The formula by which Virginia calculates the minimum the state must spend per student — the so-called Standards of Quality — is “subject to revision only by the General Assembly.”

In other words, executive fiat wouldn’t seem to cut it in keeping critical race theory out of the classroom. The legislature, under Democrats and Republicans, jealously guards its role in setting school policy. Republicans, for instance, won restrictions under which sex education is voluntary.

McAuliffe, as governor from 2014 to 2018, learned painful lessons on the limits of executive orders.

Facing a GOP General Assembly, he had to retreat on the idea of bypassing lawmakers and implementing Medicaid expansion on his own. Republicans added language to the budget that affirmed the legislature’s say on spending by specifically barring McAuliffe from going it alone.

In 2016, ahead of the presidential election, McAuliffe tried to reinstate en masse the voting rights of more than 200,000 felons. Republicans raced to the Virginia Supreme Court, which upheld the governor’s rights-restoration power but said it only could be applied individually, not collectively.

Youngkin also said he might use an executive order to close the state to undocumented immigrants. The federal courts were wary of that when Trump, setting an illegal religious test, targeted Muslims from entering the nation.

Article V of the Constitution speaks to gubernatorial power. It designates the governor commander of the militia and authorizes him to “embody such forces to repel invasion.”

Youngkin has a team of rivals on which he can call for a tutorial in state government. And supposedly he relies on it.

It includes Kirk Cox, the former House speaker who ran for governor. He is an expert on education and the budget. There’s also Ken Cuccinelli, the Pete Snyder ally and ex-attorney general whom McAuliffe defeated in 2013. He knows firsthand what it’s like to debate McAuliffe.

Youngkin should be a quick study.

Otherwise, he wouldn’t have amassed a fortune, rising to the top of a private-equity firm from which he reportedly was forced out in a power struggle last year. As Bloomberg reported, Youngkin was a casualty of “2 1/2 years of awkward and increasingly acrimonious parrying” with his co-CEO.

Youngkin’s was the softest of landings. Though The Washington Post says he left behind a pile of cash, Youngkin departed as the Carlyle Group’s fourth-largest individual shareholder.

There’s no mistaking a third of a billion dollars for brains.

HOPEWELL — With students preparing to return to public schools, Gov. Ralph Northam is proposing to use $250 million in federal emergency aid t…