Schapiro: For GOP, practicalities take back seat to personalities
0 comments
Share this
{{featured_button_text}}
1 of 2 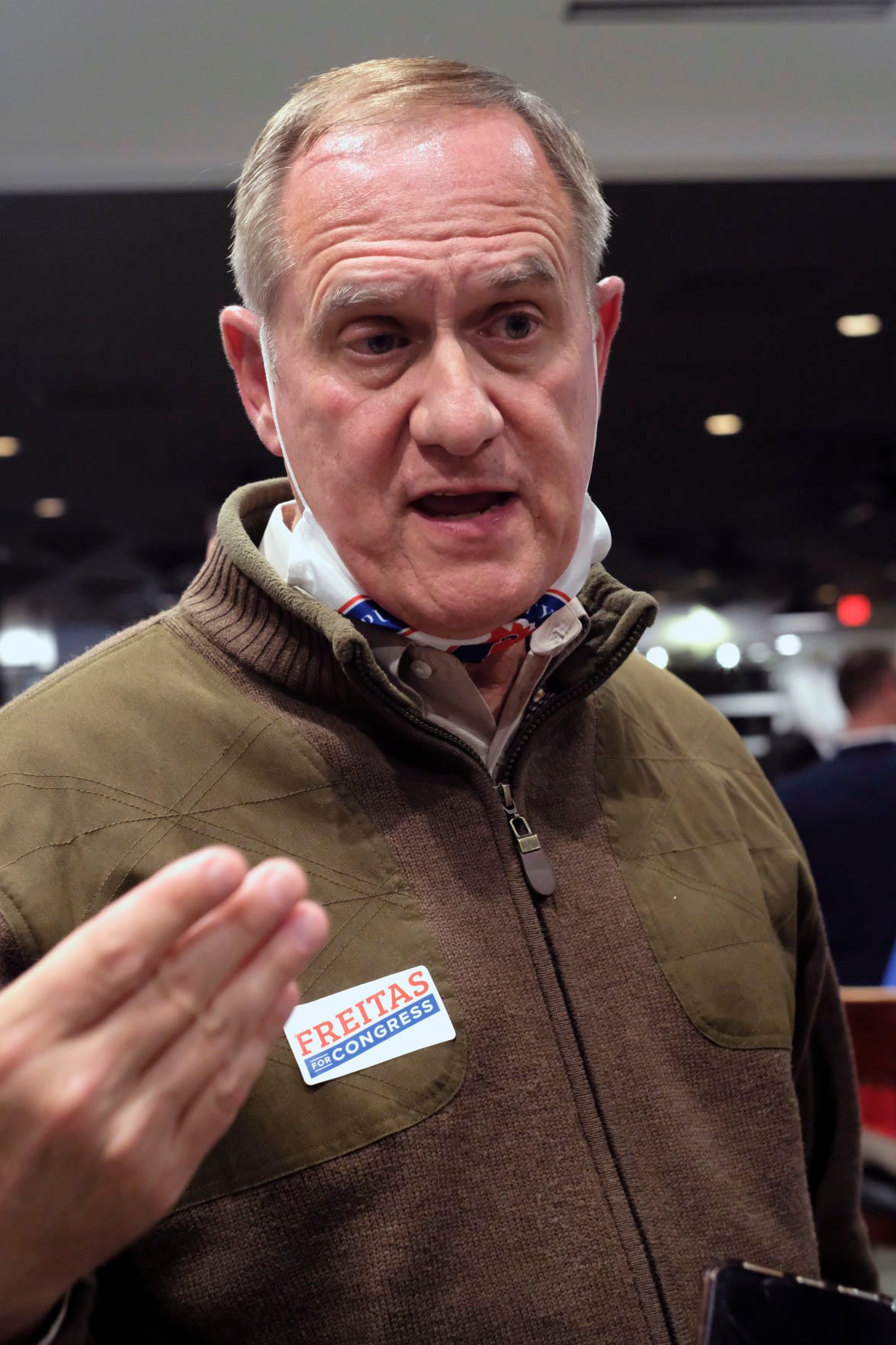 Rich Anderson, chairman of the Virginia GOP, spoke with reporters at an Election Day watch party.

Sheets of plywood where windows were at the Richmond headquarters of the Republican Party of Virginia make it difficult for a passerby to peek inside. The plywood, installed after the windows were destroyed by vandals during this past year’s long season of unrest, also makes it harder for Republicans to gaze on the fast-changing world outside the former Baptist bookstore.

It’s that impaired view that, since December, has contributed to a deadlock within the party’s governing body over how to choose its 2021 ticket. The impasse is a reminder that a once-fat and sassy GOP is emaciated, subsisting on Trumpism that isolates it from the blue suburbs that dominate Virginia politics.

The state central committee — with fewer than 80 voting members, it is the hard kernel of a stoutly conservative party — discarded an open-to-all primary for a members-only convention. It hasn’t agreed, however, on how to stage a convention amid COVID-19 restrictions on public gatherings.

Those restrictions were imposed by Democratic Gov. Ralph Northam, whose handling of the pandemic is a shouting point for many of the six Republicans who want his job, including Pete Snyder.

The digital-marketing millionaire — as a convention guy — is described as deeply involved in the maneuvering that brought the central committee to a halt. Might Snyder fear a primary and facing the only candidate with deeper pockets, hedge-fund gazillionaire Glenn Youngkin?

The latest wrinkle: The unprecedented possibility, raised by state GOP chairman Rich Anderson in a letter to activists, that the central committee — unless it agrees on convention rules that comport with coronavirus guidelines — would have to choose a full statewide ticket, picking nominees for governor, lieutenant governor and attorney general.

That option could doom Republicans for the fall. Anderson, a former Prince William legislator who lost his seat in the 2017 anti-Trump tsunami, said as much.

Without the necessary rules tweaks, the GOP is “on a trajectory that will preclude” a convention or a primary, and that, Anderson warned, “will require that our three statewide nominees be selected by the [central committee], which will take on the perception of party bosses huddled in a smoke-filled back room.”

Any chance for a primary — and it’s remote, given Republican infighting and the personalities driving it — lapses in about a week. Political parties are required by law to alert the Virginia elections agency by Feb. 23 whether they want the state to run nominating primaries on June 8.

The immediate procedural issue for Republicans is agreeing on revisions to the party plan that would allow an alternative to a traditional convention, one held in a giant auditorium and attended by thousands of activists who cheer and applaud, wave colorful signs and some of whom wear funny hats.

But since that’s a superspreader event waiting to happen, Republicans could conduct an unassembled convention at which delegates would vote at two polling places in each of the 11 congressional districts. It would be a bow to safety requirements. This is how Republicans this past year picked national convention delegates and party leaders.

A central committee-selected statewide ticket would be a first for Republicans, though in 1978, the committee picked John Warner as a replacement U.S. Senate nominee because Dick Obenshain — the architect of modern Virginia Republicanism, selected at a raucous convention attended by nearly 15,000 and at which Warner placed second — died in a plane crash three months before the election.

Warner, who turns 94 next week and since has turned his back on the party because of its lurch to the right, would win that November. He helped raise money to purchase the future GOP HQ — it’s hemmed by a hair salon and restaurant, in a now slightly hip neighborhood — that would be named for Obenshain.

Anderson’s suggestion that candidate selection could come down to the whims of a body with fewer members than the 100-seat House of Delegates might be a ploy to break the logjam on the central committee, next set to meet Feb. 27.

His letter describes the run-up to that session as a “cooling-off period” from “passions running at elevated levels in full view of the public” and the accompanying “adverse publicity,” itself compounded by the antics of Trump mimic Amanda Chase, who’s suing the GOP to block the convention.

If Anderson could only get rid of that plywood.

Van Gogh painting to be shown in public for first time

Van Gogh painting to be shown in public for first time

Richmond and Petersburg would be among the big winners in a proposed shift in state funding for local health departments, but there would be l…

Rich Anderson, chairman of the Virginia GOP, spoke with reporters at an Election Day watch party.