Schapiro: For whom Virginia redistricting tolls
0 comments
Share this
1 of 2 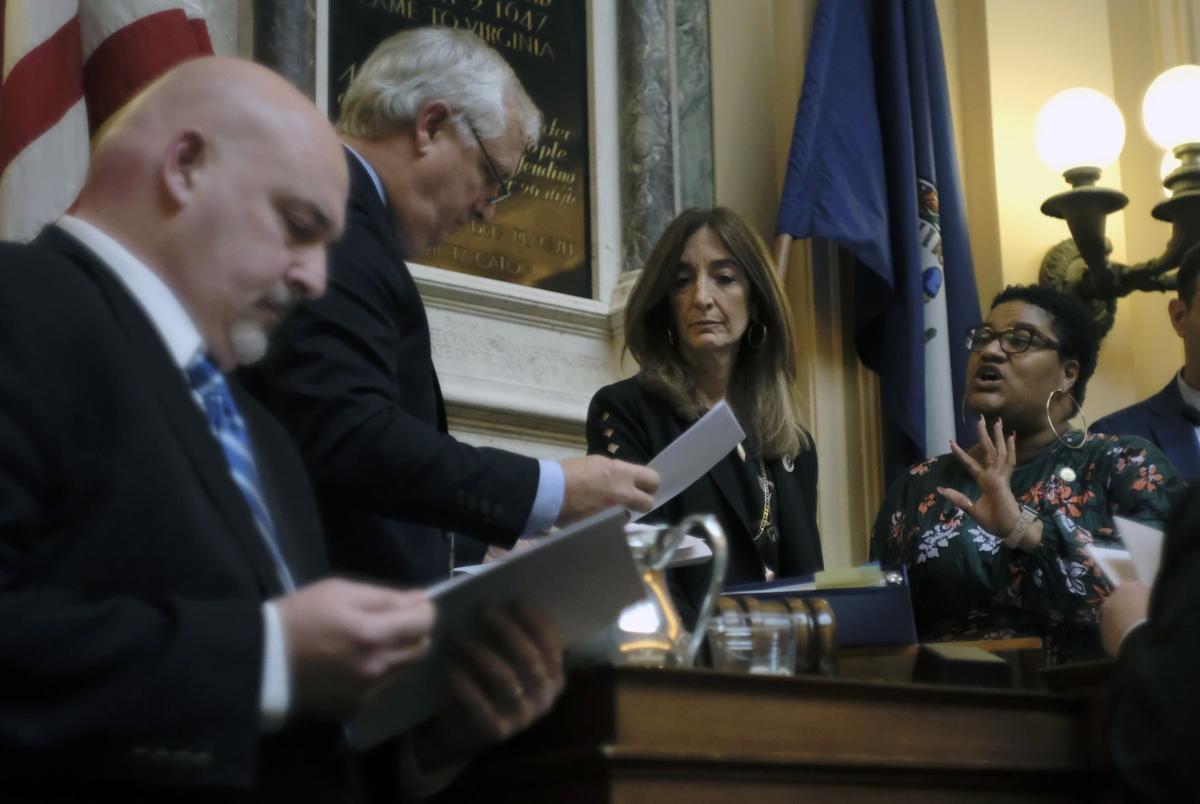 It’s no surprise Virginia isn’t picking up a 12th seat in the U.S. House. The state’s growth is slowing to 8.6 million, up only 630,000 since 2010, according to the U.S. Census Bureau. There are fewer births, more deaths. Demographers warned three years ago of the political consequences, which are more about what’s lost than gained.

The principal measure will be representation in the House of Delegates and the Virginia Senate, the boundaries of which — along with those for the 11 congressional seats — will be drawn by the state’s first-ever independent redistricting commission.

With 16 members, the commission — anchored in the state constitution by voters in 2020 — evenly is split between citizens and legislators who, until this past year, had total control of decennial redistricting.

Though federal snapshots of local populations and the overall demographic mix are not expected until August, analysis since 2018 by the University of Virginia’s Weldon Cooper Center for Public Service has made clear the countryside — a Republican bulwark where the contraction in population is greatest — has the most to lose in political influence and public funds.

That likely means two House seats and a Senate seat will be transferred from the rural south and west to the suburban north. This could be trouble for Republicans and Democrats, who took back the General Assembly in 2019 after two decades of near-total GOP control.

Two Southwest Virginia Republican delegates — Will Morefield and Will Wampler — might end up in the same district on the edge of the state’s nearly spent coalfields. Two western Democratic senators — Creigh Deeds and John Edwards — have urban lifelines, Charlottesville and Roanoke, that could be diluted or eliminated by redistricting.

Two Black House Democrats in Southside — Roslyn Tyler and Lashrecse Aird — could bump into each other because of two kinds of population decline. Inmates at state prisons in Tyler’s district now will be counted as residents of their hometowns. Petersburg, in Aird’s district, continues to shrink. Preserving both as majority-Black districts, a goal of federal and state law, could test the creativity of the redistricting panel.

This is how Democrats won new boundaries under which they picked up a U.S. House seat in 2016 — Donald McEachin’s Richmond-anchored 4th District — and restored their majority in the 100-member House of Delegates three years later.

Because of delays in delivering census data to the states, there isn’t enough time to reset House of Delegates boundaries for this year’s elections. Thus, candidates will run in existing districts, a number of which, arguably, would be unconstitutional — too small or too large, denying residents equal representation in Richmond.

That said, the commission is at work — it again met virtually this past Monday — and it could submit to the legislature by late fall or early winter a fresh House map that, if approved, would be in effect for 2023, when the Senate also will be decided.

Those new House lines, according to murmurings in legal and political circles, might inspire a court challenge by Democrats if they lose control of the chamber this year running in those out-of-date districts. Republicans need a net gain of six seats to flip the House.

Democrats ran on a promise to depoliticize redistricting but, on winning back the legislature, largely opposed the reform measure many of them had favored. They could attempt — in hopes of regaining their majority — to force what both parties hoped to avoid: a special election in 2022 in districts that, under the state constitution, were supposed to be in place in 2021. The effect: three consecutive elections — in 2021, 2022 and 2023.

That has not happened since the 1981 redistricting. A special election in 1982 was ordered by a federal court as punishment because judges said the Democrat-controlled General Assembly had violated since-weakened federal law by deliberately diluting the voting strength of Black Virginians with House boundaries that protected white incumbents. The upshot: elections in 1981, 1982 and 1983.

It wouldn’t be in the interest of Republicans to go to court, whether they remained in the House minority this November or if restored to power. Population and demographic shifts have cost them seats under the current plan and likely will cost them more under its successor.

But Democrats would have nothing to lose. Underscoring a claim that elections in the old districts rendered the outcome specious — and believing the commission-drawn plan to be friendly — Democrats just might convince a state trial judge and, perhaps, the Virginia Supreme Court that for purposes of constitutional purity, elections should be held in 2022.

Then, in the name of good government, Democrats could try winning back the slice of government they’d just lost.

Attacks on gay rights bubbled to the surface of one of the GOP statewide campaigns ahead of a May 8 nominating convention, prompting rebukes f…

After tough year for families, 'more help on the way' from Richmond and Washington