Schapiro: GOP nomination a riddle wrapped in a mystery
0 comments
Share this
1 of 2 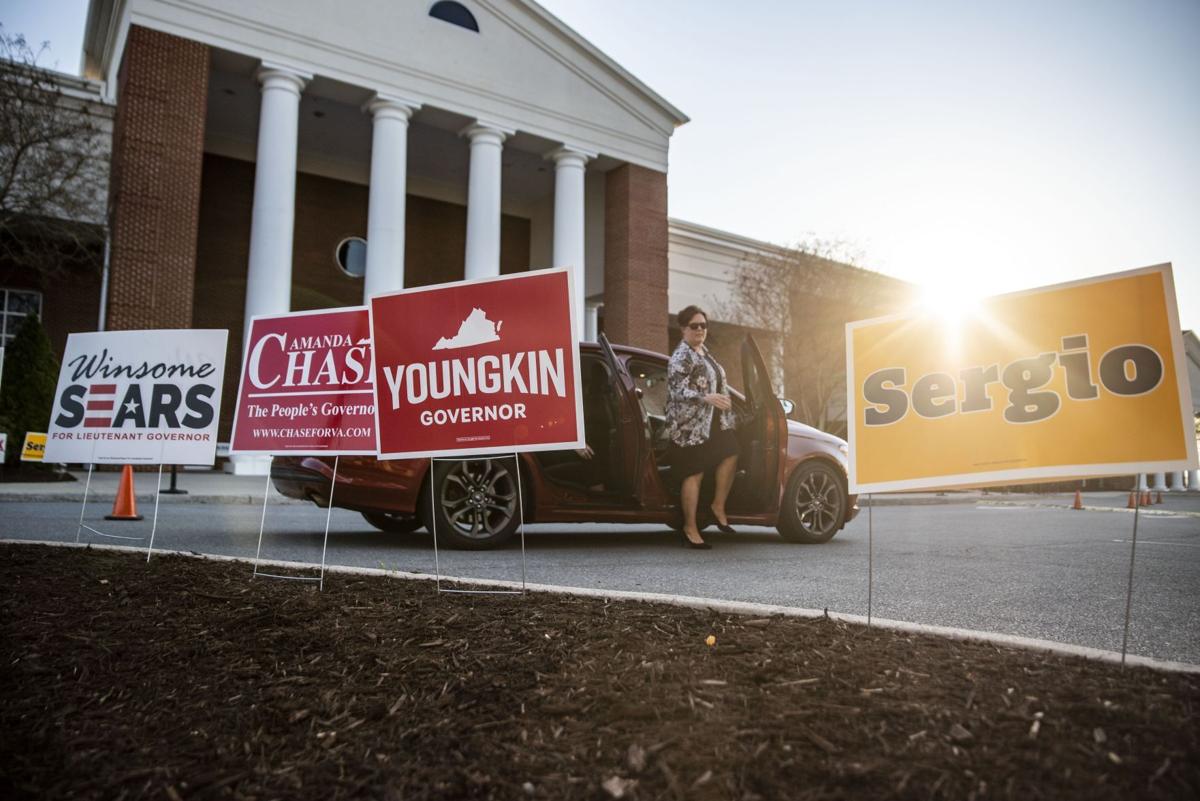 On Monday, people arrived at Thomas Road Baptist Church for a GOP gubernatorial candidate forum at Liberty University in Lynchburg.

So are Kirk Cox and Glenn Youngkin.

Chase, Cox and Youngkin, all candidates for the Republican nomination for Virginia governor, are worried about how votes are counted at the party’s virtual convention on May 8. Chase, Cox and Youngkin clearly fear supposed supporters of another first-tier candidate, Pete Snyder, could — in their party leadership roles — manipulate the count in his favor.

Put another way: Several in-Snyders will decide the nomination sought by seven.

The Three Temporary Amigos, in a letter this past week to the GOP chairman, Rich Anderson, suggested that the computerized vote count could be compromised unless it is overseen by “an independent third party” rather than the Republican Party of Virginia.

Zeroing in on “unproven software,” Chase, Cox and Youngkin suggest what Abrams said flatly: That the process cannot be trusted if it is controlled by a candidate — as Brian Kemp, then Georgia’s election-supervising secretary of state, was seen by Democrats as doing in his slender victory over Abrams for governor in 2018.

Ahead of the election, Kemp’s office suspended 53,000 voter-registration applications, many of them submitted by Black Georgians, because of minor errors. Abrams lost to Kemp by fewer than 55,000 votes.

The latest fuss among Virginia Republicans makes more enigmatic a nomination fight that is already a riddle wrapped in a mystery.

The GOP is choosing its 2021 ticket by a members-only convention rather than an open-to-all primary, giving the upper hand to party insiders far more conservative than most Virginians. History shows this can produce tickets that win with Republican true-believers in the spring but lose with election-deciding independents in the fall.

The nominating process is even murkier this year because the coronavirus is forcing the party to stage its convention remotely, scattering delegates to voting stations across the state. Plus, the party is using for the first time a system of voting that allows delegates to list candidates by preference.

It’s called ranked-choice voting, a method adopted by New York City and Maine, and tested in at least five other states. A voter lists a first preference, followed by a second, third and so on.

The candidate with a majority of first-choice votes wins outright. If that doesn’t occur, counting continues with the lowest-finishing candidates eliminated and their votes distributed to a delegate’s second-choice candidate or third, should other rounds be necessary.

The system is novel and, for the uninitiated, confusing. In the already-tense setting that is the beleaguered GOP, this has candidates on edge, mindful — if not, paranoid — an opponent will look for any opportunity to rig the outcome. Thus, the enemy-of-my-enemy-is-my-friend approach of Chase, Cox and Youngkin.

In their letter, they used Trumpian terms to make the case for independent oversight of the vote, warning that the announced procedure “creates uncertainty, lacks openness and transparency, and is inconsistent with our calls as a party for safe and secure elections.”

What Chase, Cox and Youngkin conveniently forget is that nomination by convention was never an open process. The rules of a convention, knotty and arcane, are about keeping power in the hands of the few.

The GOP adopted conventions more than four decades ago to maximize the influence of party regulars — at the time, Main Streeters, Mountain-Valley moderates and disaffected conservative Democrats — and to freeze out the arriviste. Among them: religious conservatives and single-issue extremists.

These voters stuck around, mastered the rules and came to dominate the small, closed entity that ensures they remain in charge: the state central committee, the GOP’s governing body. It considered at least three times whether to substitute a primary for a convention.

By virtue of the committee’s membership, the outcome — some close votes, notwithstanding — was never in doubt.

But the gubernatorial nomination is. That’s because of the crowded field, the logistics of an online convention, and the thankless task of recruiting delegates and instructing them on ranked-choice voting. Since so much of this intentionally unfolds out of view, accurate reads on what’s unfolding are elusive.

That said, there are credible scenarios under which a second or third choice emerges because of geographic divisions, splits within pressure groups, ambitious but broken promises to increase participation and convention day skulduggery designed to confuse or alienate delegates.

Cox and Snyder know this well.

Cox broke into GOP politics when the convention was king, learning the ropes from the party’s virtuouso organizers. Snyder was blooded in a convention as a failed candidate for the lieutenant governor nomination in 2013, when on-the-floor gamesmanship meant to help Snyder backfired, tipping the contest to E.W. Jackson, a pastor-provocateur who’d lose to Ralph Northam.

A Republican convention isn’t complete without such antics. And they typically play out in real time and plain sight.

On Monday, people arrived at Thomas Road Baptist Church for a GOP gubernatorial candidate forum at Liberty University in Lynchburg.