Schapiro: Legal battle in Fairfax over Civil War markers
0 Comments
Share this
1 of 2 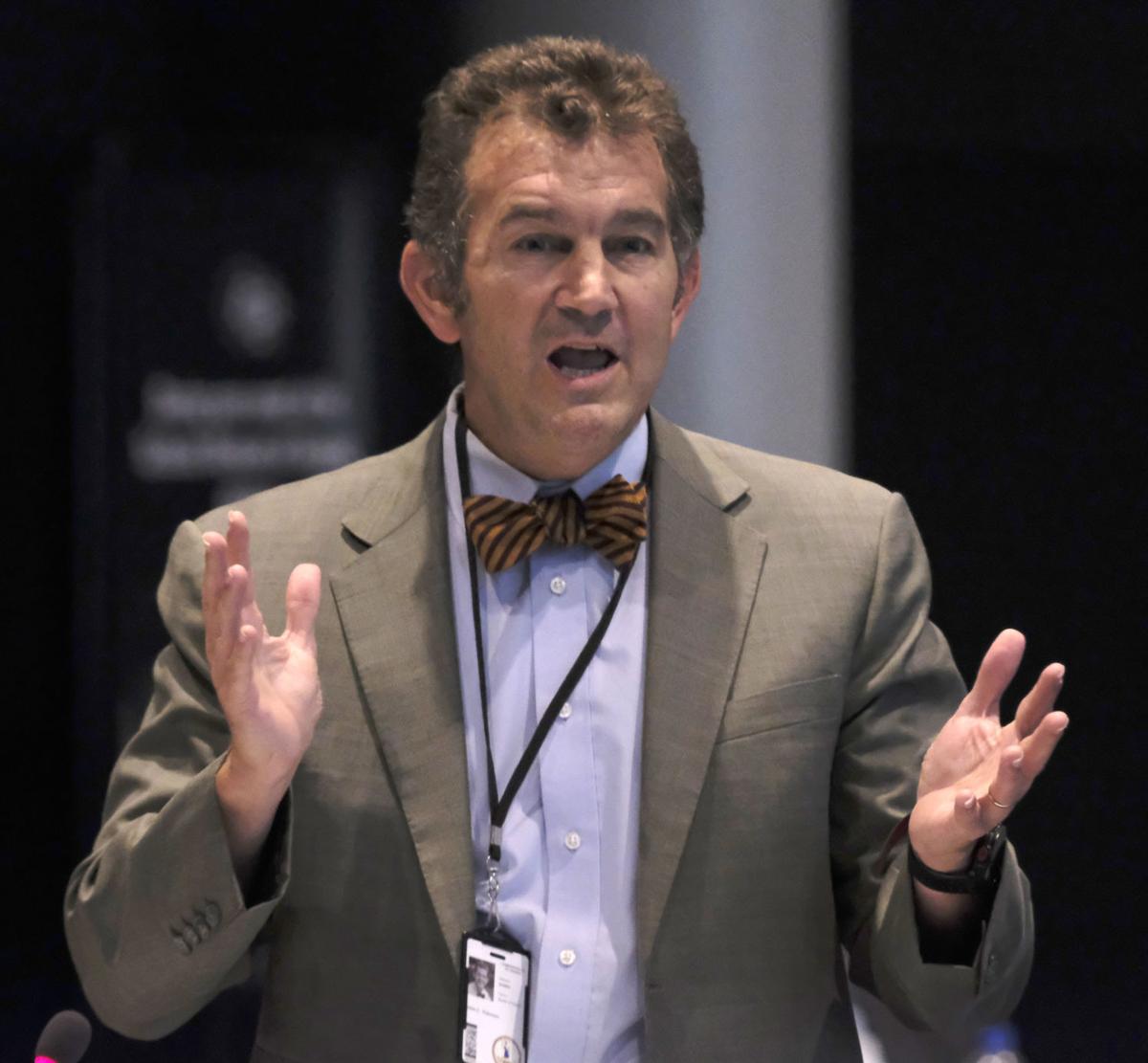 A little-noticed lawsuit by a state senator against the Northern Virginia suburb he represents in Richmond is the new front in the battle over Civil War symbols — or what are construed as such in the least Southern corner of the least Southern state in the South.

Chap Petersen, an occasionally contrarian Fairfax Democrat, wants a state court to block Fairfax County from taking down a stone obelisk, erected by Confederate veterans in 1904, and a cast-iron sign, installed by the state in 2009, both of which mark the spot where a rebel officer, Capt. John Quincy Marr of the Warrenton Rifles, in June 1861 became the first soldier killed in a Civil War land battle. He was shot dead in a middle-of-the-night raid by Union cavalry.

“All I’m trying to do is hang onto a small piece of history at Fairfax courthouse,” said Petersen, whose forebears raised money to pay for the obelisk.

Petersen, representing himself and six Civil War history buffs, argues both markers should remain on the courthouse grounds because they are neither monument nor memorial to war dead, as defined by a Virginia law rewritten this year by the legislature’s restored Democratic majority to free localities to raze Confederate iconography deemed outdated or offensive.

Petersen’s lawsuit apparently is the first test of the new law, which he supported. Unlike the legal fight over Confederate statuary in Richmond, most notably whether the state can dismantle the towering likeness of Robert E. Lee on a patch of grass that it owns on Monument Avenue, Petersen’s action is about making distinctions: public emblems that are informational and those that are commemorative.

The lawsuit contends the obelisk and sign qualify as the former — and should be left undisturbed, despite a Sept. 15 vote by the board of supervisors to remove them — because they are not monuments deliberately erected by the white segregationists who took back control of Virginia in the late 19th century to glorify the defeated Confederacy and to intimidate Blacks whose post-Civil War freedom was erased by Jim Crow.

The pleading notes the engraving on the obelisk does not include an image of Marr, nor does it make specific references to the Confederacy or the Civil War. Rather, Marr is described as the “first soldier killed in action,” and the four-year conflict, as the “War of 1861-1865.” President Calvin Coolidge was photographed gazing on the obelisk in 1924. It’s not clear whether the taciturn New Englander had anything to say about it.

The white-and-black plaque, placed by the state Department of Historic Resources at the request of residents ahead of the Civil War sesquicentennial, is a short distance from the obelisk, standing where Marr died. The marker, an example of the agency’s ubiquitous signage, uses neutral language to summarize the brief battle in which Marr “was struck down by a stray bullet,” his body found before daybreak.

Petersen presses for clarity in the new law and contends the supervisors were less than transparent.

The lawsuit alleges the board failed to provide a required 30-day notice of a proposal to get rid of the obelisk and sign, saying only it would be holding a public hearing on their future at its September meeting. Plus, Petersen says, the state-owned plaque was designated for removal over warnings by Virginia officials that the county did not have jurisdiction over it.

Dalia Palchik, the supervisor in whose district the markers stand, defended the board’s party-line vote — nine Democrats favored removal, the lone Republican was opposed — saying in an email the obelisk, in particular, “does not reflect the values of our richly diverse community, where all residents deserve an equitable opportunity to succeed.”

The lawsuit, to be heard by a circuit court judge from outside the county to avoid personal, political and professional entanglements, will play out in a Washington bedroom community, where Old Virginia largely has been obliterated — literally and figuratively — by population growth, much of it attributed to Black, brown and white migrants from other states, countries and cultures, and a knowledge-based economy fueled by federal largess.

Petersen, himself, is an emblem of this transformation.

His roots, through his mother, reach to 18th-century Fairfax and include an influential Baptist churchman, county politicians — one of whom was a congressman and an assistant secretary of state under President Franklin D. Roosevelt — and a Confederate veteran who walked home from Appomattox.

Petersen grew up a block from the courthouse — a setting, he said, that conjured the suburban ode of John Cougar Mellencamp. Petersen’s district is diverse, with large numbers of Asians and Hispanics. He keeps in touch with Korean-American voters — one of whom is his wife, Sharon — through every-other-week appearances on a Korean-language radio program.