'On the right side of history;' Hanover forges ahead with pandemic learning

Schapiro: Little bills with big meaning for ordinary Virginians
0 Comments
Share this
1 of 2 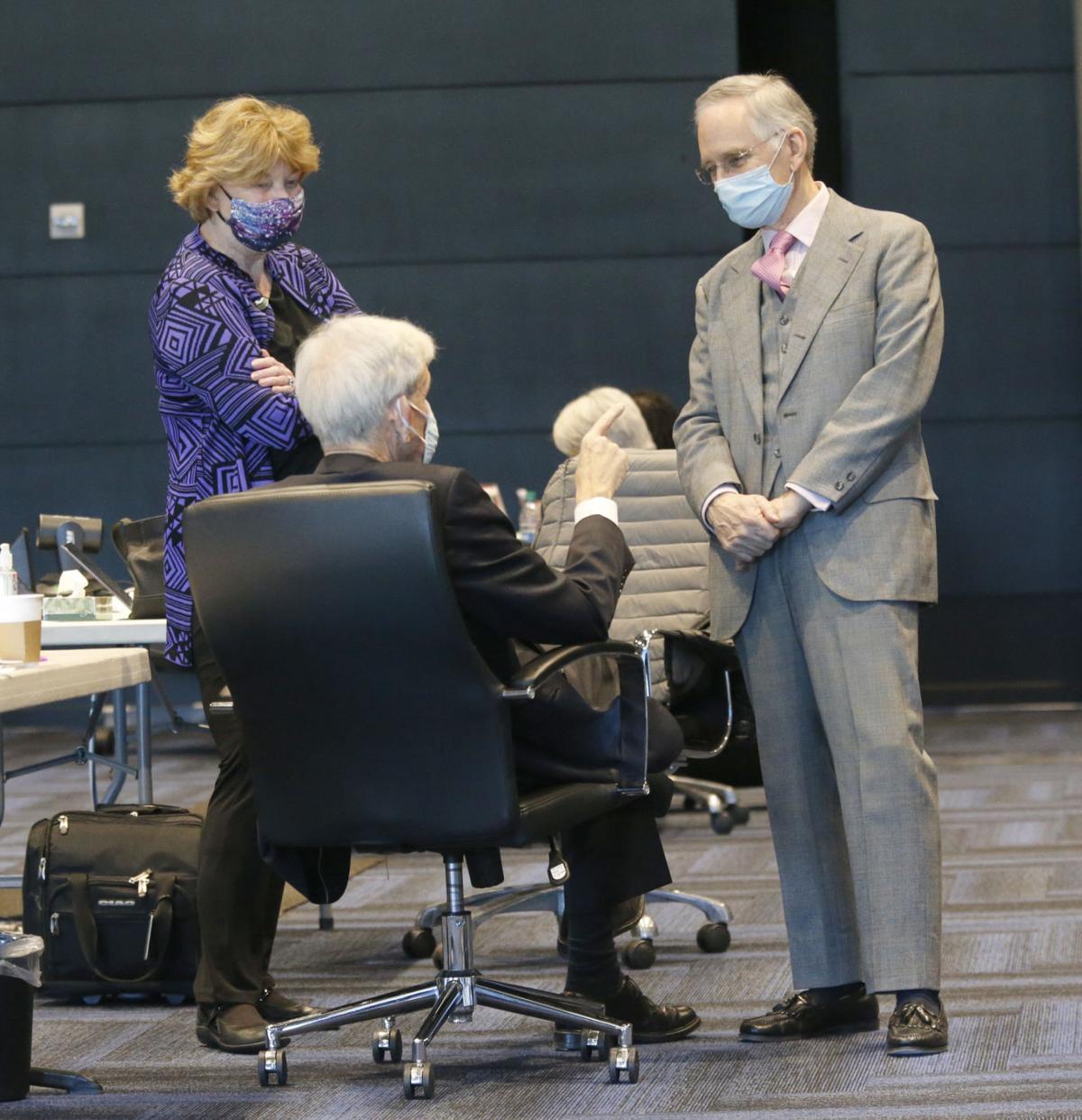 Del. James Edmunds II wants to clean up rural Halifax County. Not that its politics demand it, though the roads that lace its rolling hills do. Edmunds and his 17-year-old daughter, Caroline, have spent hours policing the highways and byways near the family farm, filling large plastic bags with trash, much of it dumped by passing motorists.

“Virginia’s roads are, by far — at least the country roads — the nastiest,” said Edmunds, who wants to double the range of fines for littering to a minimum of $500 and a maximum of $5,000, and require that offenders perform 40 hours of community service, presumably in the form of cleanup duty.

Edmunds’ bill, approved by the House Transportation Committee and now in the courts committee, is not intended as more big government but a common-sense solution to an eyesore. It’s a reminder legislators who increasingly tackle sweeping, complex issues — and bog down over them — still consider everyday problems; sometimes, even solve them.

Of the nearly 1,200 measures introduced this year in the House of Delegates and Virginia Senate, only a handful are generating sound and fury; for instance, legalizing marijuana and repealing the death penalty. Far more are mundane and tedious. Several are petty and personal, perceived jabs at political rivals.

The stories behind such legislation don’t necessarily speak to the whims of big-money interests but to the worries of ordinary Virginians. These proposals reflect the complexities of politics. Viewed through the lens of statewide elections, Virginia is blue, but at the local level, there can be a blend of colors.

So if you’re Lynwood Lewis of Accomack, among the few Senate Democrats with many rural — read: Republican — constituents, you’re mindful of firearms and hunting issues and the intersection of both.

Lewis has introduced a bill allowing the use of .223-caliber center-fire rifles in hunting deer, adding them to a list that — beyond shotguns, other rifles and pistols — includes crossbows and slingshots for harvesting game. The .223 is a popular smaller round, used in military-style rifles, that some game experts argue lacks sufficient power to humanely kill deer.

Taxes, too, rile Virginians in the countryside, though the concern might have more do with equity than the amount.

From King William County, farmer Christopher Couch packages and delivers salads across the Richmond area. County officials say the fare should be locally taxed as a meal but Couch believes that’s unfair. His crusade — Couch’s tax bill on King William sales was once estimated at under $100 — was chronicled in July by fellow RTD columnist Bill Lohmann.

Del. Scott Wyatt, R-Hanover, proposed excluding single-serving salads from the local meals tax, which is imposed on prepared meals — including salads — Virginians purchase daily at the supermarket, generating $651 million for cities, counties and towns. Such purchases also are subject to the sales tax.

The salad bill was tossed by a House subcommittee, bowing to the opposition of local government. There was reason to be wary of the bill before it was taken up. Wyatt introduced it, in the argot of the General Assembly, “by request” — often a sign the sponsor is, at best, ambivalent about it.

Passions can run high, however, when it comes to protecting pets and zoo animals.

Del. Ronnie Campbell, R-Rockbridge, stripped of a seat on the courts committee for joining two other Republicans in urging then-Vice President Mike Pence to invalidate Joe Biden’s win for president, is sponsoring — “by request” — a bill that strengthens the standards for investigating suspected mistreatment of animals at private zoos.

In November 2019, the owner of a Frederick County roadside zoo and his nephew were indicted on a total of 46 counts of animal cruelty. Nearly 120 animals were seized by authorities three months earlier after a court order said they have been neglected or deprived of adequate care.

And some of the Senate’s most aggressive political animals might go at it over a little-noticed proposal by a senior Democrat, President Pro Tempore Louise Lucas of Portsmouth, that could hit two in the Republican leadership — Tommy Norment of James City and Ryan McDougle of Hanover — where it hurts most: the pocketbook.

Lucas wants to ban these lawyer-legislators from overseeing the final financial affairs of the dead, having been appointed to do so by judges they select. As so-called commissioners of accounts, Norment and McDougle can collect a percentage-based fee from the estates they settle.

These are prized appointments — critics consider them sinecures — that have been a source of controversy for decades. Hunter Andrews, the high-handed Senate Democratic floor leader from Hampton, lost re-election in 1995 after Republicans, citing his commissionership, depicted him as ethically challenged.

Republicans talked about reforming the system.

That was then. This is now.