Schapiro: McAuliffe learning a hard lesson - Youngkin's no softy
0 Comments
Share this
1 of 3 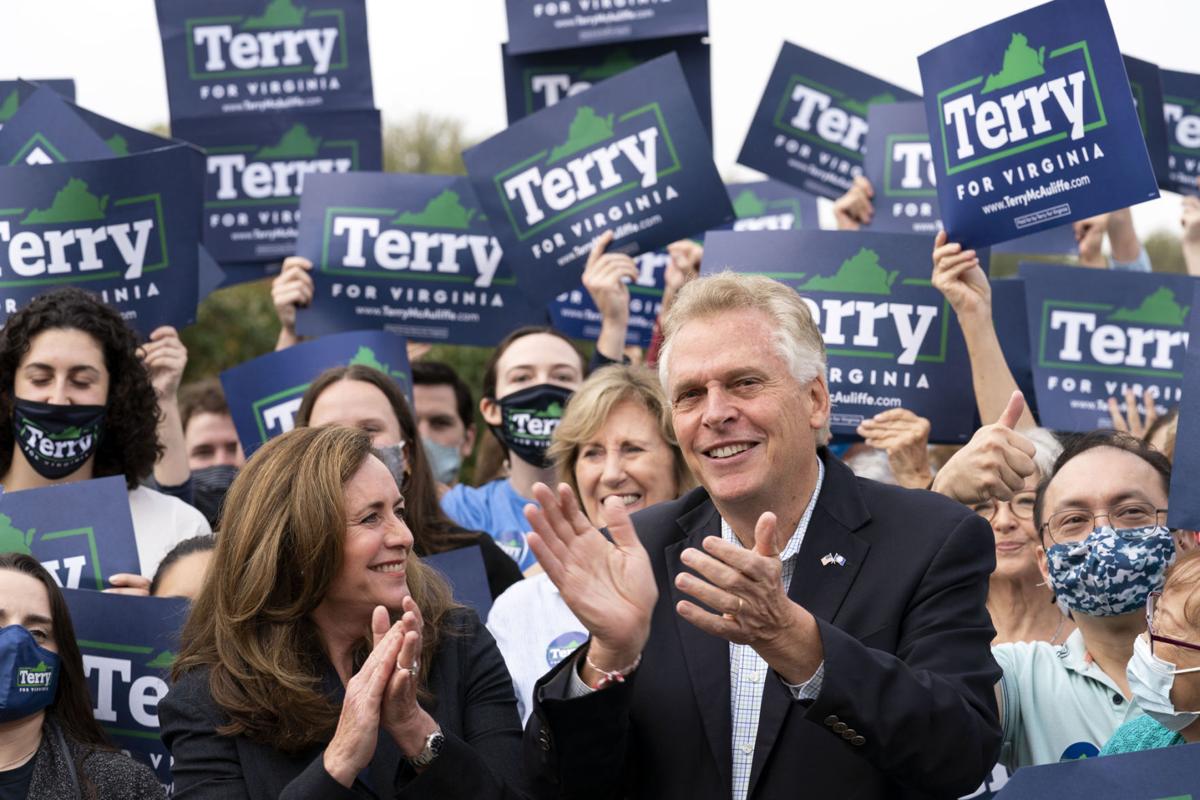 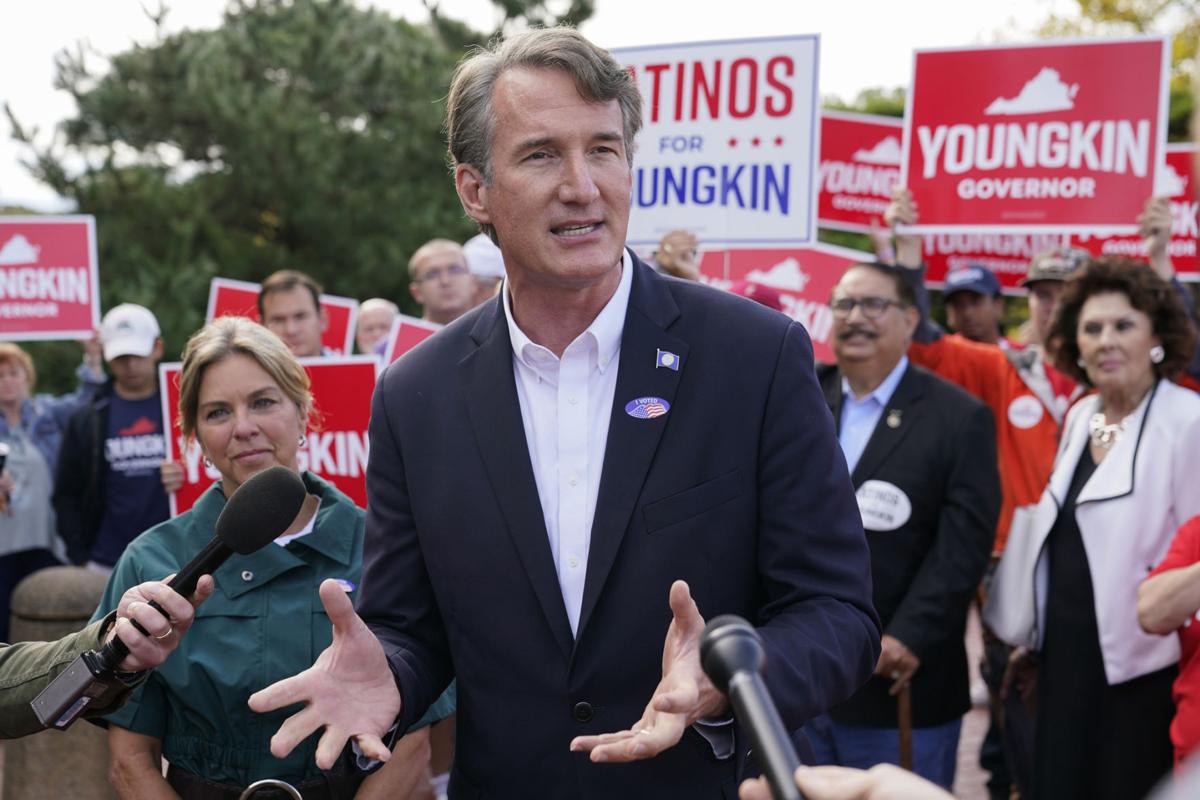 FAIRFAX — Driving around heavily Democratic Northern Virginia earlier this week, there were few signs — literal and figurative — that there is a cutthroat fight for governor approaching its finale.

In the posh McLean neighborhood of Chuck Robb, the former U.S. senator whose election as governor in 1981 augured more than a decade of Democratic dominance, about the only yard signs for the party’s candidates were spotted outside Robb’s house.

Down the George Washington Parkway, in Alexandria, a Republican panel truck with anti-Terry McAuliffe videos projected on three sides cruises the city. Democrats have a color-appropriate, bright blue van — it’s more a rolling boom box — that they park behind the GOP truck, before cranking up the tunes to muffle the opposition’s message.

In the subdivisions of southeastern Fairfax, red-and-white placards for Glenn Youngkin have sprouted on the front lawns of houses whose owners, so their Democratic neighbors say, usually don’t plant yard signs and are looking for an excuse to again vote Republican after hiding during the Trump years.

And across Northern Virginia, early voting — this is the first gubernatorial election in which Virginians, with no restrictions, cast ballots for 45 days ahead of Nov. 2 — lags that of the other metro regions on which Democrats depend: Richmond and its suburbs and Hampton Roads.

Despite the excitement and anxiety in both parties generated by Donald Trump’s phoned-in re-, re-, re-, re-endorsement of Youngkin Wednesday — it spotlighted Youngkin’s dilemma: He needs Trump’s voters, not Trump’s negatives — there is, indeed, an enthusiasm gap this year.

It is borne out statistically in polls and anecdotally, plying the D.C. suburbs that over the past two decades have become a bulwark for Democrats, with one exception: Republican Bob McDonnell’s landslide for governor in 2009, a year after Barack Obama won Virginia, ending a Democratic presidential losing streak that stretched to 1968.

Are Democrats facing another 2009, when the perfect storm of recession, underwhelmed activists, the emergence of a Tea Party vote that would become a pillar of Donald Trump’s candidacy, and a struggling gubernatorial nominee, Creigh Deeds, aligned for a disaster?

Or could it be another 2014, when Mark Warner eked out a win for a second term in the U.S. Senate, lifted by a strong performance in three of Northern Virginia’s four counties, all of which are hotbeds of the demographic diversity that fueled Democrats through the Trump era and is being put to its first post-Trump test this year?

That the energetic McAuliffe, a former governor running for the job he held from 2014-18, struggles to energize Democrats is because of him and histrionics across the Potomac. Having taken back the presidency and Congress, Democrats’ only action — on infrastructure and voting rights, for example — is inaction.

Add to that the effects of COVID-19 on inflation (rising) and the job market (uneven), the exhaustion of Democrats after five straight years of winning, almost entirely because of revulsion to Trump, and an only-in-Virginia quirk that allows Youngkin, an unknown less than a year ago, to position himself as the next new thing.

McAuliffe is old news, having already served a non-renewable term as governor of a state in which voters expect a fresh face every four years.

McAuliffe, aiming to become the second governor twice elected by the people, must understand this. His yard signs — badly outnumbered by Youngkin’s, to the dismay of Democrats who regard them as important measures of energy — emphasize the familiar, boasting “Terry for Virginia.”

He is running as a known quantity: a non-native come-here — as are the majority of Virginians, contributing to the state’s Democratic reflex — who, even as the partisan warrior who collided with General Assembly Republicans on health care, voting rights and gun control, found common ground with them on economic development.

To snap the inattention of Democratic voters — something about which McAuliffe operatives have long worried — McAuliffe has no choice but pair, loudly and frequently, Youngkin with Trump. It’s more urgent, given that Youngkin has little or no public record to attack.

Political analysts wonder if these Democrats were shaken from their off-year stupor by the Wednesday rally after which McAuliffe drew a connection between the deadly assault on the U.S. Capitol by Trump supporters in January and the former president’s lead supporter heading into November: Youngkin.

It all hung on one of the rally’s features: the Pledge of Allegiance to a flag carried during Trump’s rally before the attack on the Capitol.

Youngkin sought to distance himself from the midweek maelstrom, changing the subject back to public schools and what he — like McAuliffe, a prep school grad whose kids were privately educated — depicts as Democrats subordinating the ABCs to edgy statements in support of LGBTQ students and racial equity.

Spending millions of dollars from his Wall Street fortune on feel-good and attack ads, Youngkin came to the campaign as an empty vessel Republicans and Republican-leaning independents could fill as they pleased.

To the Trump base, he affected Trumpy outrage, albeit well-mannered. To traditional Republicans, Youngkin’s wealth was testimony to the party’s creed of low taxes and limited regulation. To Republican-leaning independents, he was the hoops-shooting neighbor who might make it fashionable to vote GOP again.

Even in Democratic Northern Virginia. 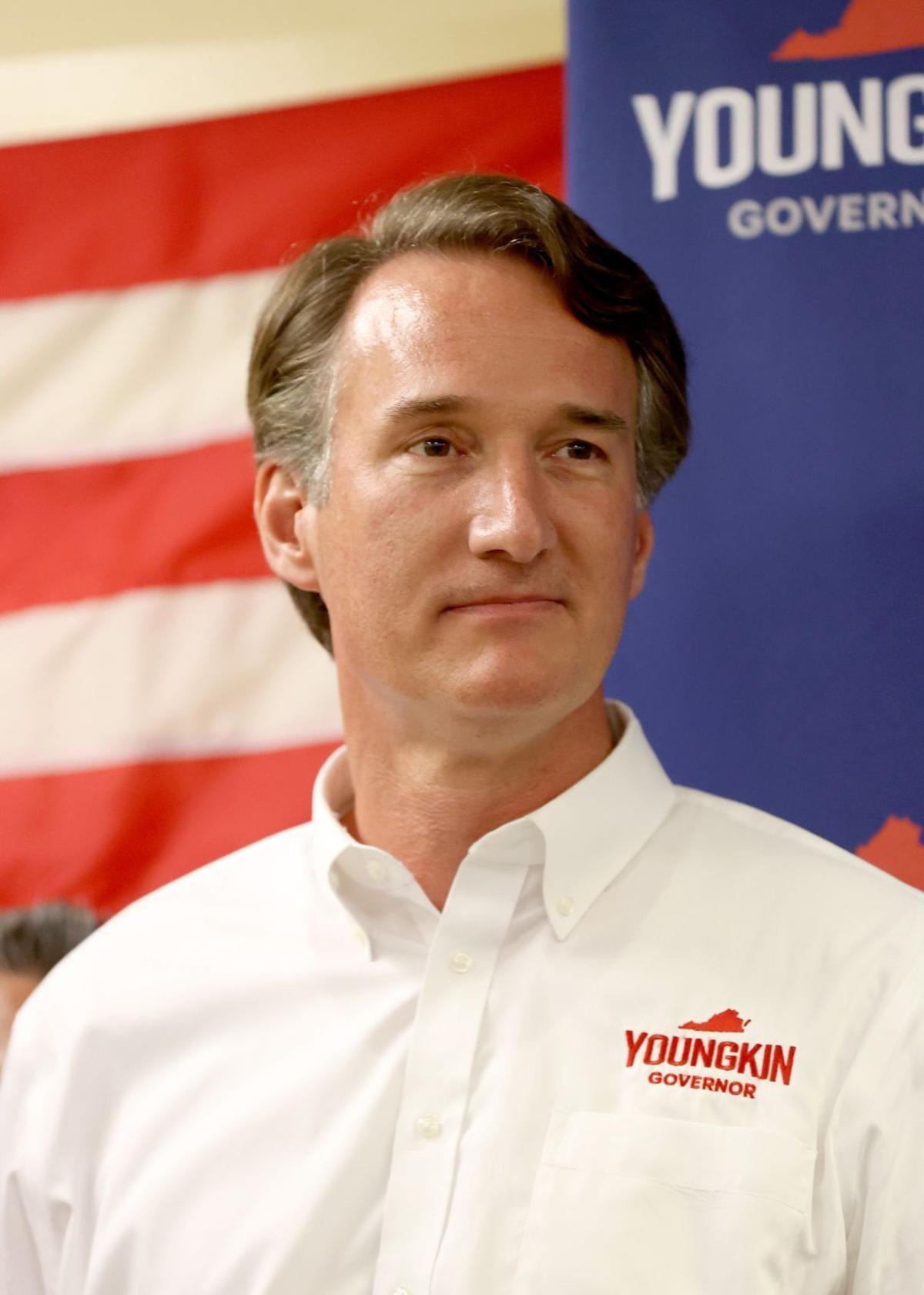