Schapiro: Northam's monument is carved in proposed budget
9 comments
Share this
1 of 2 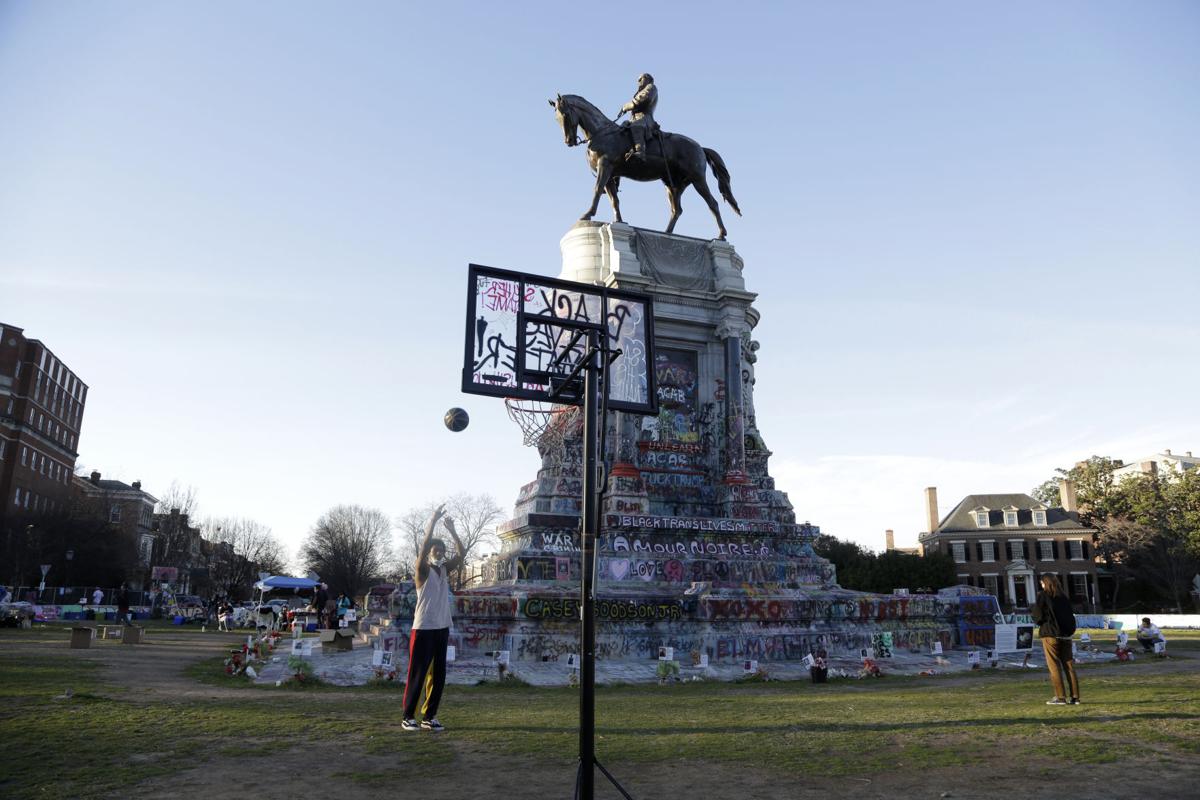 The Robert E. Lee statue, now covered in graffiti and an active gathering spot, is the last remaining Confederate icon along Monument Avenue.

In toppling monuments to Confederates, Gov. Ralph Northam — and he’s too modest to admit it — is erecting one to himself.

It’s not bronze or marble or granite, though as a soon-to-be-lame-duck governor, Northam qualifies for an official portrait. Northam’s unlikely monument — one more oriented to the future than the past — largely will be fashioned from Virginia’s budget, etched with dollars for programs that aim to expand democracy in a state that long resisted it.

On Wednesday, in the first step of his last chance to fully shape spending before his term ends in January 2022, Northam laid out to the legislature’s money committees more proposals to address the issue that suddenly and dramatically reset the arc of his administration: racial equity. Unmasked in 2019 by Northam’s blackface embarrassment, its urgency was elevated in 2020 by the George Floyd killing and the coronavirus pandemic.

Northam clearly has recovered from the calamity that drove nearly every elective Democrat who now relies on his beneficence to demand his resignation. And because the proposals contained in a governor-introduced budget tend to become realities, these adversaries-turned-allies — many of whom will be on the ballot in November when, for the first time since 2007, Northam is not — have an interest in seeing that they do.

Northam’s latest efforts at rebalancing the scales of racial justice that, from Virginia earliest days, were weighted against Blacks include the highly visible and less so.

He is proposing nearly $11 million not only to plan, in league with the city of Richmond and the Virginia Museum of Fine Arts, a new Monument Avenue but to begin its makeover. Assuming the courts continue to side with Northam, the avenue is soon likely to be shorn of its remaining Confederate statue, the state-owned likeness of Robert E. Lee, leaving a blank canvas on which tributes to individuals and ideas more representative than slave owners and segregation could emerge.

This could include ceding to Richmond the island of Belgian block-hemmed turf on which Lee has stood for more than a century and, since spring, has become a graffiti-festooned gathering spot where racial reconciliation rather the racial supremacy is the order of the day.

An additional $9 million, pushing to a total of $10 million, would go to memorializing Lumpkin’s Jail, the notorious slave pens in Shockoe Bottom. And $2 million would reclaim the slave quarters at Gunston Hall, home of George Mason, whose Virginia Declaration of Rights inspired the U.S. Bill of Rights, foundational documents that for centuries did not protect Black people.

Also, $5 million is proposed to recover headstones from the historically Black Columbian Harmony Cemetery in Washington, D.C., which ignominiously became erosion-reducing riprap along a 2-mile stretch of the Potomac River in rural King George County after the cemetery gave way to commercial development, including a subway station. A memorial to those whose final resting place was desecrated would rise on the King George riverfront.

The salvage effort would be conducted by the District, Virginia and Maryland, where an approximation of the cemetery — in which the discarded grave markers could be re-erected — sits a short distance from FedEx Field, home of the professional football team that finally shed its racially demeaning name.

These recommendations — following Northam’s earlier steps to erase vestiges of the Confederacy and Jim Crow, from the first steps in criminal justice reform to pressuring his alma mater, Virginia Military Institute, to address systemic racism — are paired with millions for problems that disproportionately hit low-income Virginians, many of whom are people of color.

They include $40 million to help stem evictions; $2.4 million for health counseling for pregnant women; $500 million for public schools for COVID-19 expenses; and restore $50 million for broadband, in greater demand with classrooms going virtual because of the pandemic.

Also, Northam wants to rewrite the formula, unchanged since at least the 1980s, that determines how much localities must contribute toward a state match to finance their health districts, the hubs for managing such emergencies as the coronarvirus. Northam says an updated calculator would free funds for economically stressed localities now paying more than they should.

But back to those actual monuments: There’s a time capsule in the base of the Lee statue, placed there when it went up in 1890. What’s in it is something of a mystery. There are discussions within the Northam administration — and which include The Valentine and the Black History Museum & Cultural Center of Virginia — over a replacement for the capsule as part of Monument Avenue’s reinvention.

How could it not contain a reminder of the governor — a scion of Old Virginia who unexpectedly confronted his roots, triggering the ire of its defenders — and who earned a figurative monument because he took down real ones.

The Robert E. Lee statue, now covered in graffiti and an active gathering spot, is the last remaining Confederate icon along Monument Avenue.