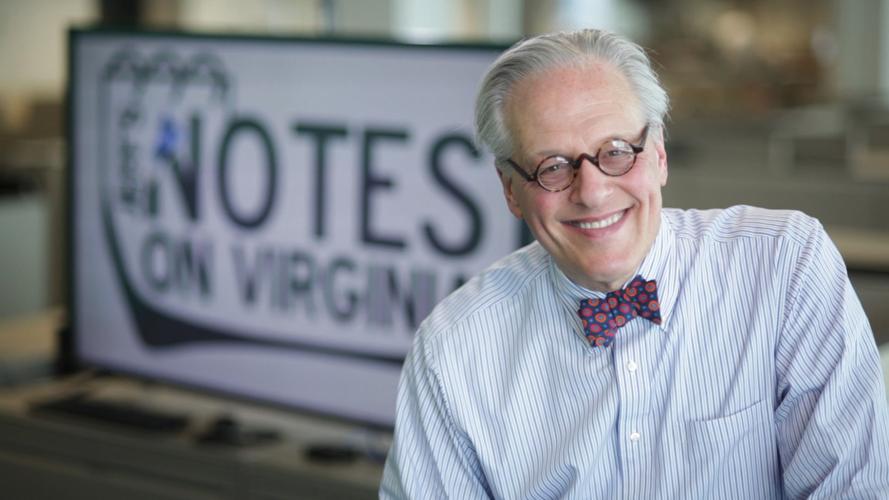 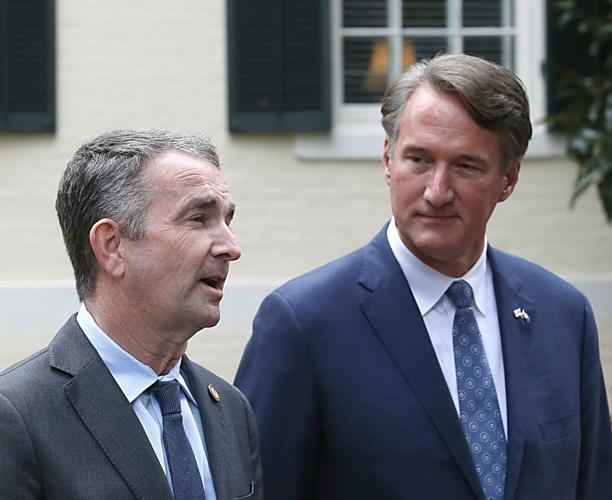 Scott Surovell, a Democratic state senator from the distinctly middle-class, increasingly diverse southeastern corner of deep-blue Fairfax County, got an unexpected call the other day: It was Gov.-elect Glenn Youngkin.

The Republican, who rang Surovell on his mobile telephone, said he wanted to introduce himself and that he looked forward to working with the lawmaker. Youngkin also gave Surovell the number of his personal cellphone.

“He came across as extremely normal,” Surovell said of the multimillionaire political novice whom Terry McAuliffe loudly, repeatedly and unsuccessfully depicted as a clone of Donald Trump, albeit a well-mannered one.

Surovell said he told Youngkin, whose home is on the other side of Fairfax, in its Great Falls silk-stocking neighborhood, that he should visit the Democrat’s district: “I’m from a part of the county he’s never seen. I said he should come down and have a beer.”

The call to Surovell — he was among several Democrats to hear from Youngkin — represents the unseen side of this gubernatorial transition and its defining challenge: fashioning, for the first time since 2009, a Republican government. And in this instance, one led by someone with no experience in government.

Youngkin isn’t alone in that regard. McAuliffe was a total newcomer to Richmond when elected governor in 2013. Another Democrat, Mark Warner, had only nominal experience in state government before his victory in 2001. The inexperience showed, with both getting off to very rocky starts.

McAuliffe and Warner accomplished little in the first half of their terms, tripped up by a Republican-dominated legislature but as well by misplaced priorities. For example, Warner — with the state in the grip of recession — tried to convince lawmakers to end the only-in-Virginia restriction on governors serving consecutive terms.

There presumably is a lesson in this for Youngkin.

His selection of Jeff Goettman — a pal from high finance, a Trump-era adviser to the U.S. Treasury Department, a former top executive of the Export-Import Bank of the United States and the campaign’s chief operating officer — suggests there is someone who could speak truth to power, telling Youngkin what he needs to know rather than what he wants to hear.

Though having at the top of the transition and, ultimately, the administration, a buddy, who is — as Youngkin is — unfamiliar with the nuts and bolts of state government, can be perilous.

Just ask another Republican governor who snapped a Democratic win streak: George Allen, elected in 1993, and his successor, fellow Republican Jim Gilmore. Both appointed as their chiefs of staff aggressive political aides masterful at rubbing policy professionals the wrong way, even those with Republican credentials.

Allen, literally overnight, infuriated the state work force by demanding — before taking office and during the holidays — that all agency heads submit their resignations, making no distinction between those appointed by the governor and those selected by their departments’ governing boards. It was known as “The Knife Before Christmas.”

Allen also imposed a gag order on agency heads, requiring they clear all public statements with his office. Allen may have been interested in a clear, consistent — conservative — message from his administration, but his heavy-handedness exposed to a vast audience his knack for bullying.

Youngkin, too, can draw on a reservoir of Republican institutional knowledge — depleted because of the GOP’s years in the wilderness — that is stocked with lobbyists, former legislators and senior aides who still know where all the bathrooms are across a bureaucracy that’s got to be a mystery to the governor-elect.

The initial opacity of the Youngkin transition, despite his vow Thursday to be “incredibly open and accessible,” reflects that of his campaign, in which message-discipline was the rule.

Youngkin stuck to friendly audiences and friendlier conservative media. He usually ducked state political reporters who will now cover his governorship. He occasionally criticized in-state coverage, mostly to whip up activists for whom press-as-enemy is part of the Republican catechism.

At week’s end, questions to Youngkin’s staff went unanswered on whether he would follow two other wealthy recent governors — Warner and McAuliffe — and place his fortune, estimated variously from more than $200 million to more than $400 million, in a blind trust to avoid an ethical conflict between his private interests and public obligations.

His mandatory conflict-of-interest statement shows significant blue-chip holdings, including up to $250,000 in shares in Verizon and Accenture, companies that have giant contracts with Virginia for data- and Medicaid-management services. He also holds state and local bonds to finance industrial development and college building and road construction.

And Youngkin, who in April said he would forgo the governor’s $175,000-a-year salary, has yet to make public — as he promised to The Associated Press in July — portions of his income-tax returns. He said he would do so before November. McAuliffe made a similar pledge on which he didn’t make good.

Virginia has a long history of electing multimillionaires as governor. It’s part of the paternalism that shaped what had been its members-only — read: white male-dominated — politics. Land and livestock, newspapers and orchards, manufacturing and wealth by way of marriage defined at least a half-dozen governors over the 20th century.

These days, rich guys who enter politics want to be seen as an everyman, attuned to the trials of the working and middle class from which Youngkin, himself, emerged.

In that regard he may be, to borrow Surovell’s flourish, extremely normal.

But so, too, is his politician’s habit of keeping the public in the dark.

Schapiro: Va. pol with prez potential - and not the one you think

This past Saturday afternoon, as the U.S. Senate readied to begin its 15-hour vote-a-rama on that sweeping, $739 billion economic package, Dem…

The building would have 55 loading docks for trucks and parking spaces for more than 400 truck trailers. It would be smaller than Amazon’s fulfillment center in Chesterfield County, which is more than twice the size.

"For Governor Youngkin - who knows better - to trash the Department of Justice in that way shows a severe lack of judgment," Kaine said.

Schapiro: Old problem for new governor - the distraction of ambition

Of 14 governors elected in Virginia since 1969 - seven Democrats and seven Republicans - all but three plunged into or were caught up in the whirl of presidential politics.

The Richmond Times-Dispatch learned via public records requests that no city agency has granted or enforced river permits in approximately five years.

Virginia official lobbied for gas project his agency will consider

Public records show that a gubernatorial appointee on the Virginia Marine Resources Commission has been lobbying elected officials to support a gas pipeline expansion south of Petersburg.

With war shrouding suppliers in Ukraine and Russia, Northrop Grumman has found a new partner to supply the engines and first-stage assemblies …

Over the next 35 years, the SCC estimates that a Dominion residential customer using 1,000 kilowatt-hours of electricity per month will see an increase of $4.72 a month, with a peak monthly billing hike of $14.22 in 2027.

Bear gets drunk off honey in Turkey

Bear gets drunk off honey in Turkey