Schapiro: 'Those are the kinds of nudges he could give people'
0 Comments
Share this
1 of 2 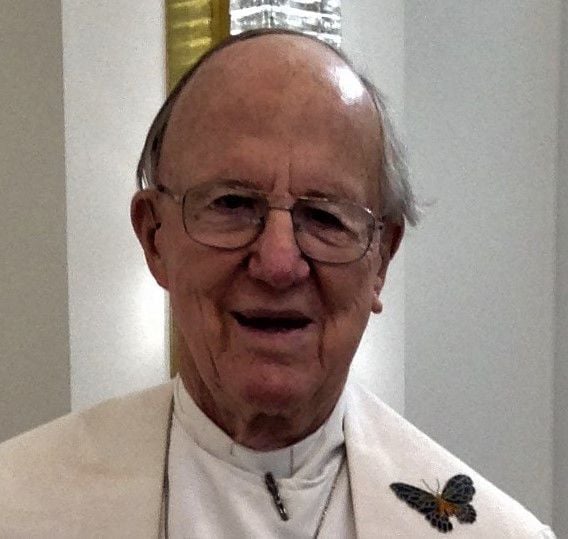 Over 30 years in public life — as a delegate, senator, chief deputy attorney general, attorney general, and justice of the Virginia Supreme Court — Bill Mims has always affixed to the wall behind his desk an oddity: a paper coffee filter on which is written, in faded brown ink, one word: “Justice.”

It was a gift — a reminder — from Fletcher Lowe, a lobbyist who, for decades, probably lost more battles than he won. Lowe, who died Wednesday at 89, never retreated in encouraging allies to remain firm and urging adversaries to convert on overwrought and overlooked issues that, for him, had more do with principle than politics.

Among them: racial equity, health care, controls on the high-cost, instant-loan industry, and abolishing the death penalty. Advances in these areas, once unthinkable, are a consequence of changes in Virginia that Lowe argued politicians should embrace not shun.

An Episcopal priest, Lowe was a founding member and former executive director of the Virginia Interfaith Center for Public Policy, a coalition of religious groups. Since 1982, it has pressed the state to do more for those it often ignored: the poor, imprisoned and displaced, many of whom are people of color and more of whom are foreign-born.

Lowe, known for his tartan trousers and pastel-colored blouses paired with a clerical collar, gave those curios of conscience to Mims and others because, agree or disagree with the center’s agenda, Lowe wanted them to consider what their action or inaction meant for Virginians for whom state government was a backstop against a hardscrabble life often on the brink of becoming more so.

Mims, a conservative Republican, recalled the day that Lowe, a liberal Democrat, handed him the coffee filter: “He said, ‘Here is your justice filter. You must pass every decision, every vote through that justice filter.’ Our politics may not have been on parallel tracks. But how one does justice — he not only taught me, he inspired me.”

Justice was an issue Lowe apparently pondered, though he may not have recognized it as such, as a small boy in Greenville, S.C., the son of old-style Southern Democrats for whom segregation was an article of faith.

In a 2020 op-ed piece for the Richmond Times-Dispatch — Lowe was a member of the newspaper’s first Community Advisory Board, concluding a two-year term last month — he said he was about 4 years old when he began puzzling over the South’s rigid racial divide.

Lowe’s life would be shaped by what he what he called “remembrance, repentance and reconciliation.”

But white privilege, too, was a factor, ensuring Lowe ingress to emblems of the Establishment he would cheerfully challenge: Gilman School, the Baltimore prep school where he refined his talent for lacrosse; Washington and Lee University, then a finishing school for white Southern boys and where he would be a lacrosse All-American, and the Episcopal Church, once a citadel of WASP paternalism.

Guided to the ministry as an economics major at W&L — yes, he favored dropping the name of the slave-owning Confederate general, Robert E. Lee — Lowe attended the General Theological Seminary in New York, where he would meet his wife of 62 years, Mary Fran, before leading small parishes around Seneca, S.C., and Lynchburg.

His emphasis on social justice — it being the 1960s, the civil rights movement was accelerating — caught the attention of the leadership of the Episcopal Diocese of Virginia.

Lowe would move to Richmond with his young family — he and Mary Fran had two daughters and a son — as the diocese’s secretary of Christian social relations. It was a lofty title with a loftier task: enlighten Virginia Episcopalians, some of whom had been leaders in the state’s resistance to public school desegregation, to a new goal of racial harmony. Sometimes the church’s leadership had to be reminded of that objective.

Mary Fran Lowe recalled a meeting called by the then-bishop, Robert F. Gibson, that ran longer than expected. Gibson suggested those in attendance, including Fletcher Lowe and a Black priest, break for lunch at a nearby private club. When it was noted the club would not serve Blacks, Lowe, nonetheless, urged Gibson to take the group there anyway in an overdue challenge to the old ways.

The churchmen dined elsewhere. Still, Lowe had made his point, if only a tiny, incremental advance toward toppling bigotry.

Said Mary Fran Lowe, “Those were the kind of nudges he could give people.”