Schapiro: Va. Republicans and the politics of process
0 comments
Share this
{{featured_button_text}}
1 of 2 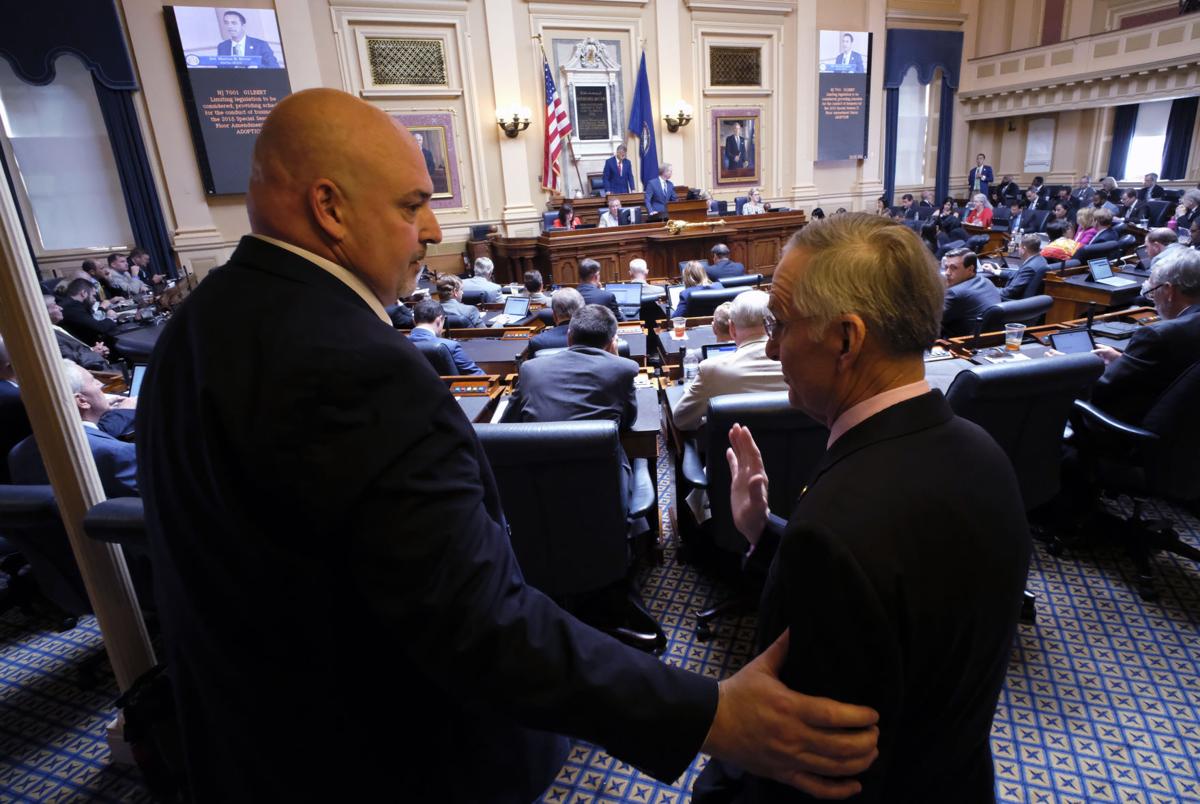 Between the ’rona and reefer, it was easy to overlook Virginia Republicans’ latest ruse.

The GOP minorities in the House of Delegates and Virginia Senate are vowing to cut short the fast-approaching regular session of the General Assembly because its just-past special session — and smorgasbord of an agenda — ran too long. Republicans can do this by denying a minimum vote required by the Virginia Constitution.

But if Virginians have learned anything about their part-time General Assembly, whether controlled by Republicans or Democrats, it’s that it’s become a full-time preoccupation — distinct from a full-time job — for many of its members.

In a state where 2 in 3 Virginians live in metropolitan areas — regions in which Republicans nearly are shut out — what government does and doesn’t do is important. Virginia long has shaken off a rural past in which politics was the purview of older white guys who believed the less government did, the better.

They’ve done it before with mixed results.

During their tax-rise fights with Democratic governors Mark Warner and Tim Kaine in the early 2000s, Republicans happily kept the General Assembly in continuous session. In 2004, the legislature met for five months before Warner prevailed on a tax increase with the backing of centrist Republicans.

One of them was Tommy Norment, the Senate minority leader from increasingly blue James City County. But as his caucus has lurched right, Norment more often clashes with Democratic governors than cooperates with them.

It should come as no surprise that Norment, a Mitch McConnell-like master of procedure who need satiate only 10 in his 19-member caucus to remain in power, is among the masterminds of the Republican 30-day plan. Another is Norment’s House counterpart, Todd Gilbert, from deep-red Shenandoah County.

To the credit of both fellas, both of whom occasionally have little use for each other, it’s an idea that keeps Republicans together.

Now out of power, Republicans are using what little procedural leverage they have to embarrass Democrats, arguing that in meeting this past winter for 65 days — rather than the usual 60 — and this summer and fall for more than 80, the General Assembly has spent enough time and money on the purported business of the people.

The shrinking Republican base — white, older, rural and Trumpian in its hostility for the bureaucracy — will be thrilled by this maneuver in mulishness.

Republican legislators — they’re pretty much all that’s left of the party in Richmond — figure that going on about saving taxpayers the $25,000 a day or so it costs to run the General Assembly is a great public service; that every penny counts when Virginia is plugging a $2.7 billion, COVID-19-caused hole in a two-year, $135 billion budget.

That Democrats are in a huff about the Republican splash suggests that some of them didn’t see it coming.

Several Democrats privately had discussed trimming the 2021 session before Republicans beat them to it. More significant: The Republican move is a reminder that the Democratic majority, installed barely a year ago, still is learning how to behave like one.

Indeed, only two members of the House Democratic Caucus — Ken Plum and Vivian Watts, both of Fairfax County — have been around long enough to have served in a majority. The Senate Democratic Caucus, because of old-timers like Dick Saslaw, also of Fairfax, has a bit more institutional memory from previous days in the majority.

Their hands might be tied on the 30-day scheme, but they can turn to Gov. Ralph Northam to call the legislature into special session on specific issues. Democrats only need to show the discipline absent during the latest special session that became an excuse for them to take up more than COVID-19 relief and cop reform.

This arcana likely didn’t register beyond Capitol Square, not with the coronavirus raging — and Northam restoring restrictions to slow its spread — and his nibs announcing he’s all in on legalizing marijuana for the fun of tokers and the profit of the commonwealth. Marijuana is legal in 15 states.

Republicans have plenty to say about the pandemic and pot — and they’ll say it again when the General Assembly returns in less than two months.

They complain Northam’s herky-jerky response to the former is more disruptive than constructive; that his endorsement of the latter is a sop by a short-timer to longtime Democratic voters, most notably Black Virginians who, according to a state study, are three times more likely to be busted for weed than whites.

But if legislators have less time to talk about both, maybe they’ll make more of their time together.

Senate revises resolution to censure Chase for 'unbecoming conduct,' gives her another day to fight

Sen. Amanda Chase, R-Chesterfield, found little mercy from her own party leader, but gained an extra day to stave off a possible censure for h…

Thousands of Virginians have little hope of shaking the habitual offender driving designation, despite most of the law being repealed 22 years ago.

With vaccine scarce and assembly in session, who's essential?