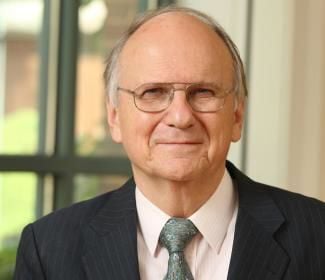 A.E. Dick Howard served as the executive director of the commission that wrote Virginia’s current constitution.

Over 245 years, the Virginia Constitution has embodied the good, the bad and the ugly.

The good: In 1776, the state’s first constitution — the first of its kind in the new nation — included George Mason’s Declaration of Rights, the foundation of the Bill of Rights, the first 10 amendments to the U.S. Constitution, protecting speech, religion, the press and other freedoms.

The bad: The constitutions of 1776, 1830 and 1851 limited voting rights to property-owning white males, perpetuating Virginia’s oligarchy.

The ugly: In 1902, the constitution — through the poll tax and literacy tests — cut most Blacks from the voter rolls; poor whites, too. And Blacks had been allowed to vote only since 1869, under the first post-Civil War constitution.

The current constitution — Virginia’s seventh, in effect since 1971, following overwhelming approval by voters of a state shaking off rural for suburban dominance — sought to build on the best of its predecessors while consigning the worst — not all of it — to the scrap heap of history.

Fifty years on, the constitution remains a surprisingly optimistic document, distinguished by commitments to redistricting, education, anti-discrimination protections and the environment that — fashioned during the upheaval of the 1960s by an 11-member commission that represented the apotheosis of the often-dour Virginia patriarchy — seemed un-Virginian.

“The commission was trying to put that decade behind us and look to a new future for Virginia,” said A.E. Dick Howard, the panel’s executive director as a 30-something professor at the University of Virginia Law School.

Brent Tarter, working on a history of Virginia’s constitutions, described the 1971 iteration as “pretty modern for the time,” in that it “repudiated one hell of a lot of the legacy of Harry Byrd” — the conservative maximum leader for a half-century.

The current constitution, revised about 40 times by referendum, is a work in progress.

This past year, Virginians — by amendment — largely stripped the General Assembly of its power to draw legislative and congressional boundaries.

This year, the legislature is considering an amendment to allow automatic restoration of voting rights for felons who complete their penalties, ending an ancient practice under which they were lost for life unless restored by gubernatorial decree.

Howard, now 87, helped write the redistricting amendment, which, for the first time, gives citizens a role in mapmaking. He favors the rights-restoration measure as another step toward racial equity, the antithesis of the infamous 1902 constitution that institutionalized white supremacy.

Howard said the commission — it was an all-male, part-time enterprise that worked on weekends and included lions of the law, politics and education — was content to preserve the practice under which a felon petitioned the governor for re-enfranchisement.

There were not even objections, he said, from the commission’s only Black member, Oliver Hill, the civil rights lawyer who guided the Virginia litigation in the 1954 ruling by the U.S. Supreme Court outlawing segregated public schools — an order that led to the closing of classrooms by the state under its policy of Massive Resistance.

The 1971 constitution, adopted a little more than a decade after the collapse of Massive Resistance, says never again to school closings through two features: It commits the state to a system of public education — Virginia first did so under the 1869 constitution — and requires local government to finance it.

Education funding, particularly by the state, is a continuing source of political and occasional legal consternation, and might have kept the courts even busier had the commission not dropped language tightening Virginia’s obligation to schools.

Former Gov. Colgate Darden, an ex-president of the University of Virginia, favored the language. It was opposed by then-Gov. Mills Godwin, the former massive resister who appointed the commission during a term marked by a progressivism that betrayed his deeply conservative past.

Worries over legal exposure for the state colored deliberations on another breakthrough: a pledge to preserve Virginia’s natural resources. This burst of what now is called environmentalism came at a cost.

The wording of Article XI largely is advisory, making it harder for courts to stop projects deemed a threat to clean air, water and soil.

The 1971 constitution recycled and expanded language on redistricting, applying to legislative and local offices standards that had been restricted to congressional seats: that districts be compact, contiguous and reflect shared interests.

State court decisions — remember, judges are picked by the General Assembly — have made a mockery of this over the past 30 years by upholding the hyperpartisan gerrymandering that spurred the 2020 amendment.

One reform about which the commission felt strongly but was thwarted by the legislature: abandoning the Dillon Rule under which local government is subordinated to the state, barred from enacting policies not explicitly allowed by law.

But such is the constitutionally protected stoop work of politics.

UPDATE: Senate and House vote to back future legalization of marijuana

State Sen. John Edwards, the Democrat who chairs the Senate Judiciary Committee, said Friday that he lacks the power under state law to conven…

A.E. Dick Howard served as the executive director of the commission that wrote Virginia’s current constitution.