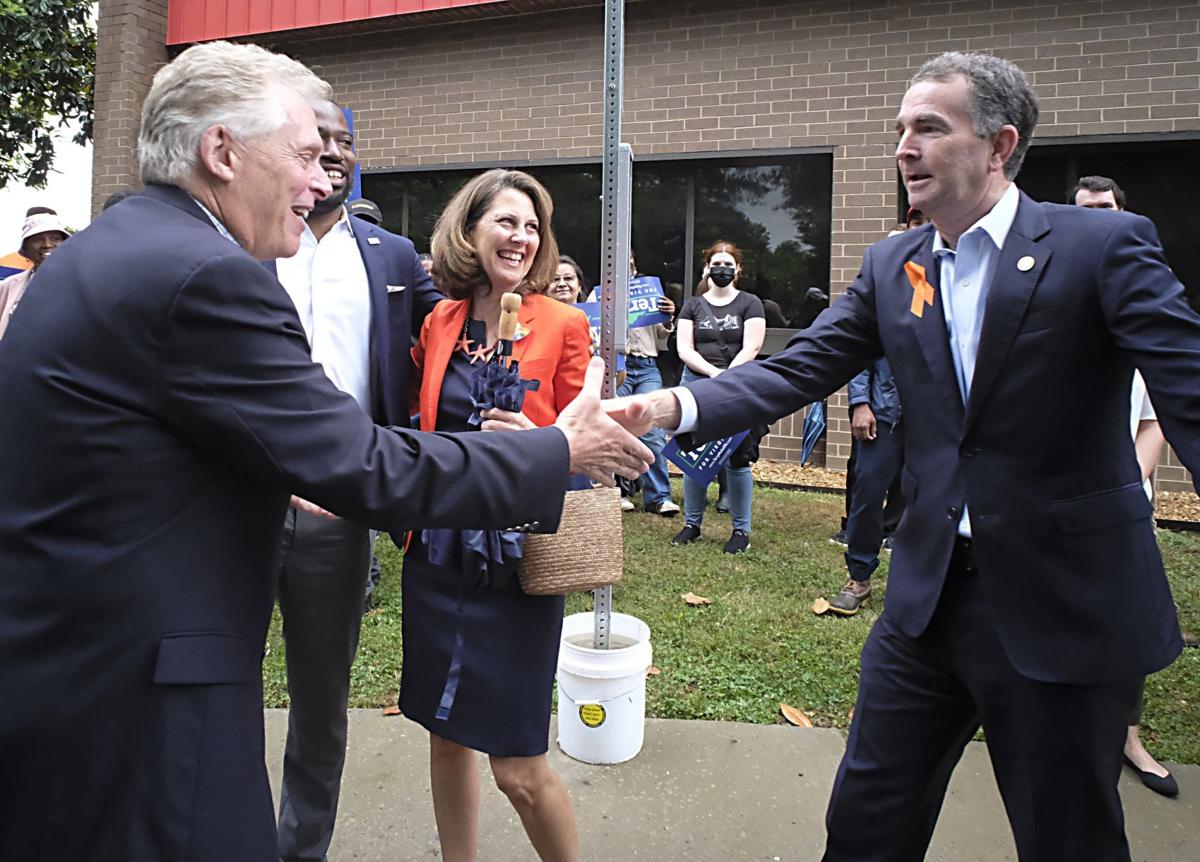 John Warner used to tell a story about the endorsement he got from a governor that says a lot about how a governor expects an endorsement to be interpreted.

In his inaugural run for the U.S. Senate in 1978, the Republican met former Gov. Mills Godwin at a formal garden in Colonial Williamsburg to record a television commercial in which Warner and the twice-elected chief executive would chat on-camera about this and that.

Godwin would have none of it.

Instead, Godwin declared, the pair would be filmed — without sound — walking, as the Democrat-turned-Republican spoke to Warner. “That way,” Godwin is reported to have said, “it will send the message to the people of Virginia that, if you’re elected, you’ll listen to me.”

There’s always a soupcon of self-importance associated with a governor, particularly when he — and one hopes, one day, she — lends the aura of high office to the aspirations of others.

You’d expect no less from someone who, if only on ceremonial occasions, is driven around by state troopers in a big, black car with a license plate featuring a single number: 1. Besides, Virginians tend to be respectful of their governors; that when they speak, people listen.

Ralph Northam knows that and, perhaps more than most governors, appreciates the dignity and power of his position — having nearly been driven from it in 2019 because of the blackface humiliation from which he has remarkably recovered.

The latest measure, beyond published polls that show Northam is again Mr. Popularity: Hala Ayala’s surprisingly comfortable victory for the lieutenant governor’s nomination in the Democratic primary this past Tuesday. It is a triumph made possible by Northam’s endorsement, allowing Ayala to sweep his home turf, Hampton Roads.

Northam also picked a winner for the gubernatorial nomination — his predecessor and prospective successor, Terry McAuliffe.

The Macker’s victory was never in doubt, though its lopsidedness was stunning. The Northam endorsement validated McAuliffe — the 2.0 version — as part of a continuum of center-left Democratic governors.

In endorsing the loser for the attorney general nomination, Northam, in a way, won.

By supporting a young Black delegate from Norfolk, Jay Jones, Northam settled a personal score with the incumbent, Mark Herring, for his dishonesty in publicly demanding that the governor resign over his racial embarrassment while apparently trying to keep secret his own blackface moment.

Northam’s endorsement helped Jones to a credible finish against a two-termer nearly twice his age and who spent a significant part of the campaign responding to Jones, often on equity issues. In taking 43% of the vote to Herring’s 57%, Jones could possibly claim dibs on the 2025 nomination.

In a six-candidate field, Ayala pulled nearly 38% — 14% better than her nearest threat, the well-financed early favorite, Del. Sam Rasoul of Roanoke. She capitalized on her base in the Washington, D.C., suburbs and her ties to communities of color as an Afro-Latina two-term member of the House of Delegates from Prince William County.

Ayala’s campaign was not a thing of beauty.

She was unimpressive in the only broadcast debate for Democratic LG prospects, who included the lone Hampton Roads candidate, Andria McClellan, a member of Norfolk City Council and no favorite of Northam’s as one of the louder voices in the governor-must-go chorus, in which nearly every statewide candidate sang.

Ayala’s fundraising was underwhelming, inflated by a dubious, six-figure in-kind contribution from a disco service.

And her credibility took a big hit when, just ahead the primary, she went back on her promise of four years ago to turn down money from that lightly regulated monopoly, Dominion Energy, which supplies electricity to most of the state. Ayala changed her mind — for two contributions totaling $100,000.

This opened her to a pounding by a different lightly regulated monopoly, Clean Virginia, the political-action committee financed entirely by multimillionaire green Michael Bills and that supplies huge, usually unequaled donations to Democrats who refuse cash from Dominion and vote to reshackle it.

Ayala, who took $25,000 from Clean Virginia as a statewide candidate, was OK with that quid pro quo until her ambitions to become Virginia’s first female lieutenant governor apparently demanded otherwise.

Her clumsy reversal did nothing to slow the momentum attributed to the Northam endorsement around which she built a television commercial.

Strong in Prince William and fending off impressive finishes by Rasoul in Fairfax and Loudoun counties, Ayala locked down the nomination by carrying the seven big cities of Hampton Roads. That includes Norfolk, where Ayala narrowly defeated McClellan.

Democrats in Hampton Roads weren’t the only folks who heard what Northam had to say about the party’s ticket.

Jason Miyares did, too. He’s a Virginia Beach delegate and the Republican nominee for attorney general.

No sooner than Herring was renominated, Miyares took to Twitter with this reminder: “Mark Herring has been Ralph Northam’s lawyer ..., and Ralph Northam didn’t even think he deserved another term.”