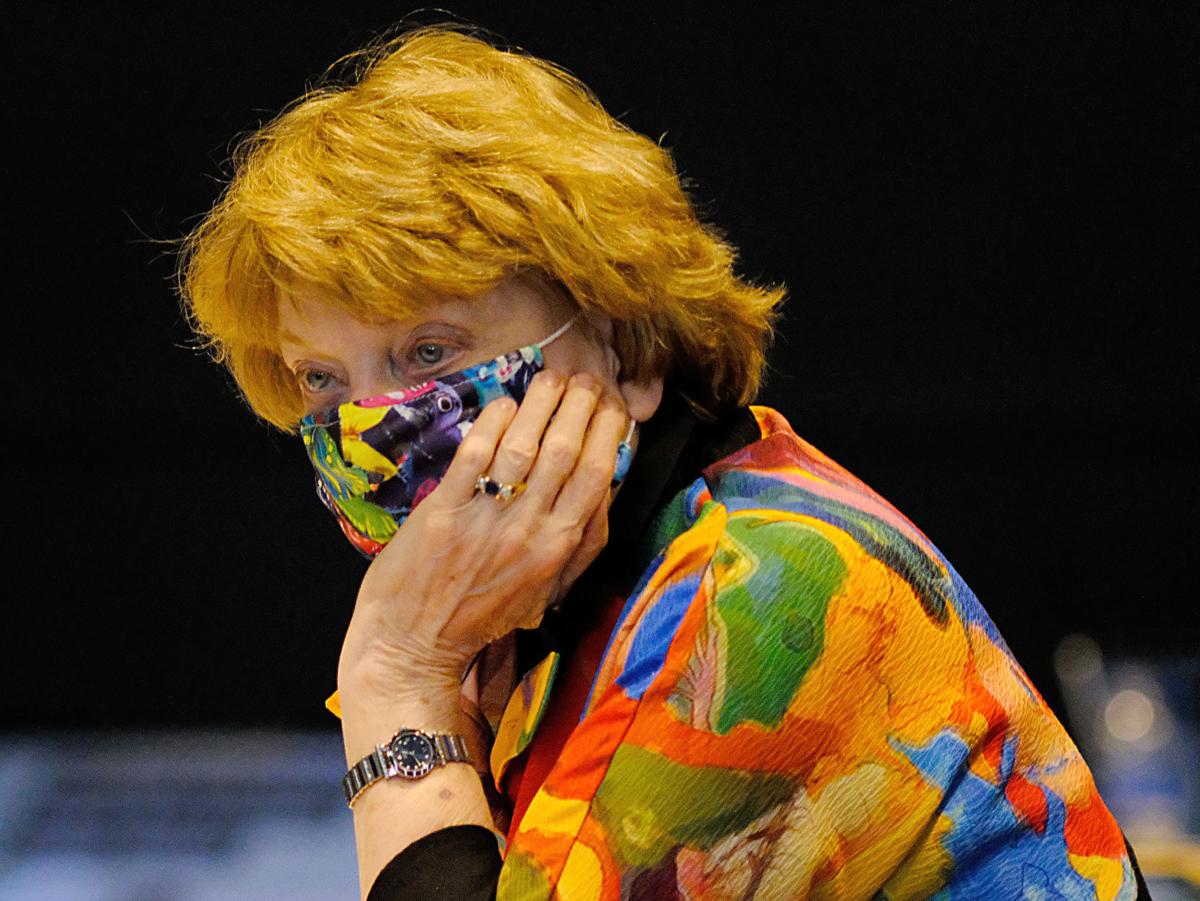 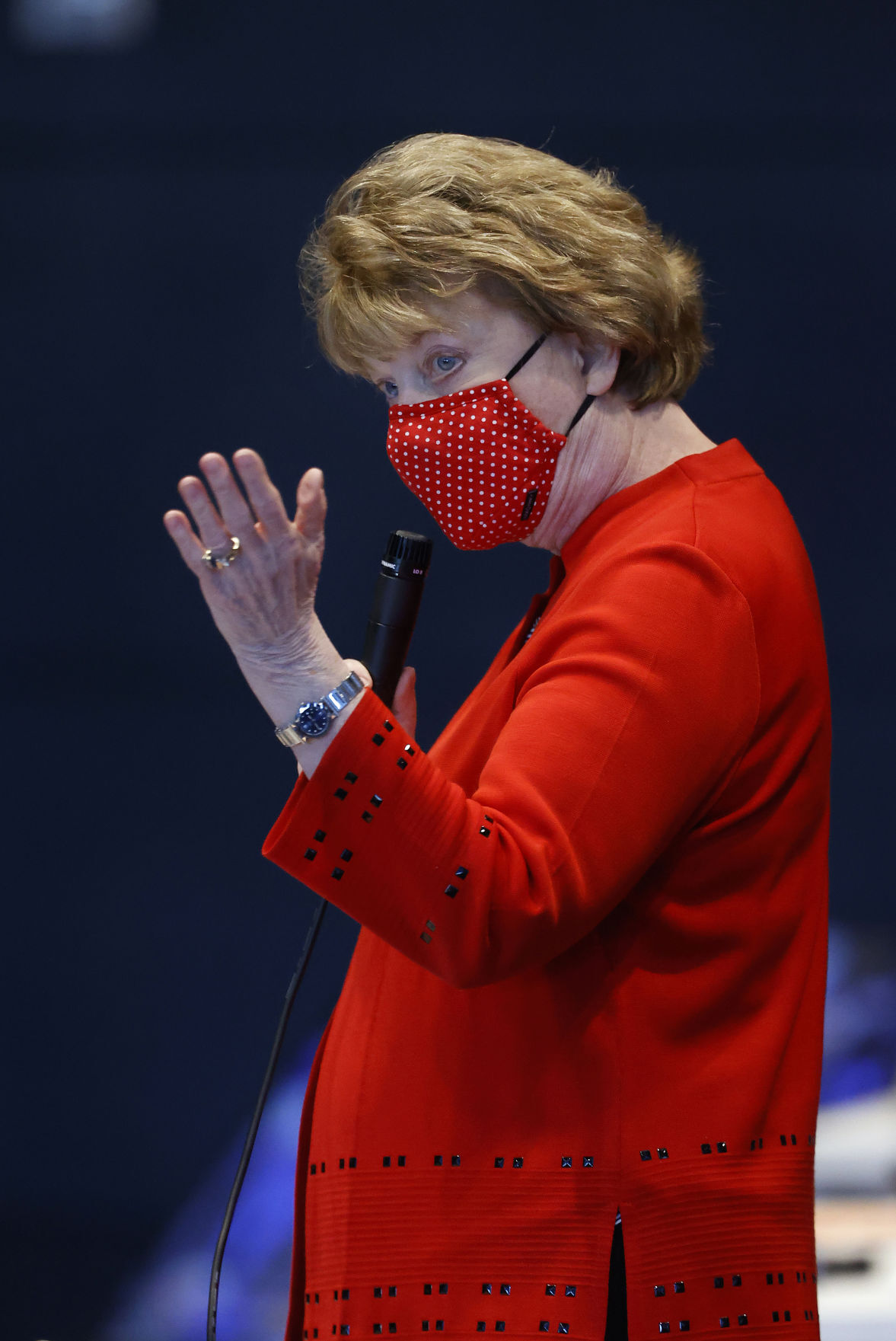 The General Assembly is moving toward compromise on tax relief for businesses that received emergency loans and grants to survive the COVID-19 pandemic without laying off employees.

The Senate Finance & Appropriations Committee voted 10-4, with one abstention, on Wednesday to approve a compromise. It would allow individual and business taxpayers to deduct up to $50,000 from their state income taxes, even though they received tax-exempt federal loans that were converted to grants if they continued to pay employees during the pandemic.

The compromise also would extend the same tax benefit to businesses that receive grants from Rebuild VA, a state program that uses federal emergency aid to help small businesses. Those grants would still be subject to federal income tax, but the state would not tax the money as income and would allow businesses to deduct their expenses.

The decision, applied only to the 2020 tax year, would cost Virginia about $70 million in the two-year budget that the Senate committee is scheduled to adopt on Sunday, but some senators made clear that they will continue to push for greater tax relief for businesses that received forgivable Payroll Protection Program loans under the federal CARES Act last year.

“I think we will be having a continuing dialogue,” Senate Finance Chair Janet Howell, D-Fairfax, told the committee.

The House of Delegates is preparing to act on a bill that would not conform Virginia’s tax code to the provision of the Consolidated Appropriations Act. Congress passed the act on Dec. 27 to let companies deduct their expenses from federal income tax even though they received forgivable loans that were not counted as taxable income.

However, House Finance Chairwoman Vivian Watts, D-Fairfax, said Wednesday that she will propose a substitute bill that would provide some level of state tax relief to businesses that received the federal money, although she was not ready to say how much.

“There would be some sort of compromise,” Watts said in an interview.

“I will be looking very, very carefully at what the Senate has endorsed and make sure what I will be able to recommend to address that issue with the House,” she said.

Tax conformity normally is a routine issue that the General Assembly adopts at the beginning of each legislative session to change state tax code to reflect federal changes — or not, if the cost to the state budget is too great.

Gov. Ralph Northam supports conforming the state tax code with most changes to federal law for individual taxpayers in the CARES Act, adopted last March, and the new relief package passed in December. Those changes would cost the state about $122 million in revenue in the pending budget.

However, the administration opposes conforming with tax changes for businesses that Congress approved in the two emergency relief packages in response to the COVID-19 public health emergency. Changes under the CARES Act would cost Virginia more than $665 million in revenues, and the assembly agrees with the governor that the state should not conform with them.

Allowing businesses that received tax-exempt PPP loans — essentially grants — to deduct their expenses without counting the additional income would cost Virginia up to $500 million, based on the 2020 tax year, and up to $900 million after businesses receive additional federal loans under the new relief package.

More than 100,000 businesses received forgivable loans last year, including some owned by or associated with members of the assembly, but the Northam administration noted that more than twice as many businesses did not receive the loans or the federal tax relief that Congress adopted in December.

Sen. George Barker, D-Fairfax, who led a special subcommittee that recommended the compromise, acknowledged that the federal law gives “sort of a double tax benefit” to businesses that received the loans, but noted that many businesses devoted the money entirely to covering payroll expenses to avoid laying off employees.

“It is something that is providing benefit to Virginia as a whole,” Barker said.

Sen. Chap Petersen, D-Fairfax City, who co-sponsored the compromise with Howell, acknowledged that the state faces budget constraints that Congress does not, but he said some relief is warranted.

“I know how hard it’s been for so many businesses,” Petersen said.

Some senators made clear they will push for a higher level of tax relief before the Senate votes on the bill.

Senate Minority Leader Tommy Norment, R-James City, who represents a tourism-dependent area that he says has been “devastated” economically by the pandemic, called the proposed $50,000 cap on deductions “unacceptable.”

Sen. Steve Newman, R-Lynchburg, said he will seek to raise the cap on deductions to at least $100,000, which would cost the state an additional $30 million in revenues, but he applauded the committee’s effort to seek a compromise.

VIDEO: Adam Oakes' father Eric tells lawmakers about the loss of his son in a hazing incident at VCU

Blinken, in Ukraine, calls on Putin to choose 'peaceful path' or face 'consequences'

Blinken, in Ukraine, calls on Putin to choose 'peaceful path' or face 'consequences'

A look inside the bubble for the 2022 Beijing Olympics

A look inside the bubble for the 2022 Beijing Olympics