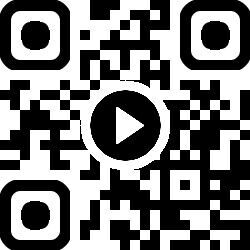 The lead budget negotiator for the Virginia Senate says Gov. Glenn Youngkin has set back agreement on a new state budget by vetoing more than two dozen bills sponsored by Democratic legislators, including a half-dozen that had received unanimous support in both chambers of the General Assembly.

Senate Finance Chair Janet Howell, D-Fairfax, said the governor’s veto of 26 bills carried by Democratic legislators, many of them noncontroversial, would make it harder for Senate and House negotiators to reach agreement on a pair of budgets pending in the special session that began on April 4.

“I think the governor’s irrational actions have, without question, set us back,” Howell said in an interview on Wednesday.

As a result, reaching a budget deal in time for the assembly’s veto session on April 27 is “possible, but not probable,” she said.

The governor’s office had no immediate reaction to Howell’s comments, but referred to Youngkin’s public statement on Tuesday that reiterated his call for more than $5 billion in ongoing or one-time tax cuts this fiscal year and the next two-year budget.

“We can get this done,” the governor said. “We need to get a budget out of the House and Senate and I know they’re working on it and I’m asking them to work as fast as they can.”

House Appropriations Chair Barry Knight, R-Virginia Beach, was more hopeful than his Senate counterpart, but said he’s “in no rush” to reach an agreement on the two budgets.

“Every time we meet, we make a little bit of progress,” said Knight, who has met with Howell and Senate Finance Vice Chair George Barker, D-Fairfax, twice in the past week, with plans to meet again on Wednesday.

“We’re just taking small bites at the apple,” he said.

The apple is big — a gulf of almost $3 billion in money available under the competing House and Senate budget plans because of widely different positions on tax cuts that Youngkin has pushed with a high-profile media campaign that has included television ads.

The single biggest difference is a proposal to double the standard deduction for state income tax filers at an estimated cost of $2.1 billion in state revenues over the next two years. House and Senate budget negotiators also differ over cutting the 1% portion of the sales tax on groceries that goes directly to local governments and how big of a tax exemption to grant veterans for their military retirement income.

Knight didn’t mention Youngkin, but he acknowledged “some noise that goes on outside” of the budget conference committee.

“They don’t know how it works,” he said.

Many of Youngkin’s vetoes confounded Democrats — and others — because they targeted bipartisan bills that had faced little if any opposition during the legislative process in the assembly session that adjourned on March 12.

The Virginia Public Access Project published a chart on Wednesday that showed the veto of 26 bills carried by 12 Democratic sponsors, including nine by Sen. Adam Ebbin, D-Alexandria, and four by Del. Patrick Hope, D-Arlington.

Six bills had passed both chambers of the assembly by unanimous votes, and a seventh passed with support from every Republican in the legislature but some opposition from House Democrats.

One of the bills, Senate Bill 297, sponsored by Sen. Creigh Deeds, D-Bath, had passed both chambers on divided votes but with bipartisan support.

The bill would have given the state a way to enforce existing state law that protects crime victims from being besieged by debt collection agencies to recover health care costs that are pending claims from the Crime Injuries Compensation Fund.

“Nobody stood up and opposed the bill,” said Scott Johnson, a lobbyist for the Medical Society of Virginia and HCA Healthcare.

“This governor has not figured out yet that governing requires that we all work together,” Deeds said Wednesday during a virtual news conference. “Republicans in the General Assembly have to figure out whether they’re going to stand on their own two feet and try to help their governor understand the way government works.”

In his veto statement, Youngkin said, “This legislation creates unintended consequences that could harm small health care providers by creating additional legal liability.” He added that the bill could “result in higher health care costs for Virginians.”

What was unusual about the veto was “nobody from the governor’s office ever talked to me about it,” Deeds said in an interview on Wednesday. “I had no idea it was even on their radar screen.”

Youngkin spokesperson Macaulay Porter said in an email, “Virginians elected the governor to bring a fresh perspective and outsider experience to governing.

The question now is whether Youngkin’s actions will have unintended consequences for passing his own budget priorities.

“It’s not helpful, but the ongoing negotiations are mainly between us and the House.” said Senate Majority Leader Dick Saslaw, D-Fairfax, a member of the budget conference committee.

“What he did was pretty petty and pretty punitive,” Saslaw added. “It doesn’t help his relationship with the General Assembly.”

Howell predicted the reaction of Senate Democrats would be “to slow down” to understand the governor’s motivations.

Another Democratic senator, Scott Surovell of Fairfax County, said he couldn’t believe Youngkin vetoed his bill setting solid waste fees even after DEQ officials and industry groups spent a year in meetings to work out a consensus.

“The bill passes both chambers and then magically a veto appears,” Surovell said.

Gov. Glenn Youngkin is just over three months into his four-year term as Virginia governor, but his political organization already is expandin…

The General Assembly will have plenty to consider when it reconvenes Wednesday to act on nearly 150 pieces of legislation Gov. Glenn Youngkin …

A look at 10 bills Gov. Youngkin signed in recent days

Hemp advocates and civil rights activists pushed back Tuesday against a proposal by Gov. Glenn Youngkin to crack down on marijuana and popular…

GOP Gov. Glenn Youngkin vetoed nine out of 10 bills sponsored by a Democratic state senator whose bills were threatened during the legislative…

Gov. Glenn Youngkin on Monday proposed that the General Assembly establish new misdemeanor penalties for people in possession of more than two…

‘Fiscal equivalent of a Russian assault’

With state revenues continuing to rise, Gov. Glenn Youngkin took his public campaign for tax cuts to the same national stage on which Virginia… 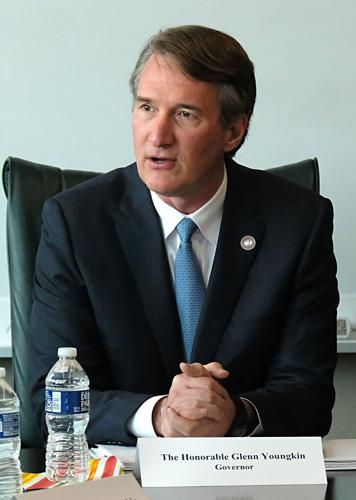