With a deadline looming at the end of the week for state employees to ask permission to work from home, Virginia has lost the leader of the state personnel agency handling the requests.

A spokesperson for Gov. Glenn Youngkin said Monday that Emily Elliott has retired as director of the Virginia Department of Human Resource Management, the state agency that oversees compensation, benefits and services for more than 122,000 state employees.

Rue Collins White, the agency’s longtime chief deputy director, will serve as interim director, said Youngkin press secretary Macaulay Porter in a message that confirmed Elliott’s retirement and thanked her “for her service to the commonwealth and DHRM.”

Elliott isn’t the only state agency leader to leave the Youngkin administration under expiring 120-day letters that allowed them to continue in their jobs during the transition to a new governor. Sunday was the 120th day since Youngkin’s inauguration on Jan. 15.

Porter also confirmed Monday that Karen Kimsey stepped down as director of the Department of Medical Assistance Services at the end of last week. Cheryl Roberts, deputy director of program and operations at the agency, will serve as interim director of the Medicaid agency at a crucial juncture in the COVID-19 pandemic.

The state agency is poised to undertake a massive determination of Medicaid health care eligibility for 2 million Virginians once the federal government ends the public health emergency declared after the pandemic began more than 26 months ago.

The U.S. Department of Health and Human Services has not yet decided when to end the public health emergency, but has pledged to give states at least 60 days’ notice. Once the emergency ends, states that received additional federal emergency aid will have up to 12 months to determine if recipients are still eligible.

While some departures are cloaked in retirement, leaders who served at the will of the governor are able to receive state severance benefits for involuntary separation under the Workforce Transition Act, created more than 25 years ago under then-Gov. George Allen in his push to reduce the size of state government.

“Some public servants and agency heads graciously offered to stay on past their planned date of departure, while the governor’s team transition and we thank them for their generosity,” Porter said last week in anticipation of the lapse of the 120-day letters.

The transition often is bumpy for state agency heads, especially when the governorship switches political parties.

Elliott had worked at the Virginia Department of Transportation for 24 years before then-Gov. Ralph Northam chose her in mid-2018 to replace Sara Redding Wilson. Wilson had led DHRM for 20 years under six governors, from Republican Jim Gilmore to Democrat Northam.

White, who had worked as chief deputy under Wilson, also served as interim director of the agency for three months before Elliott’s appointment.

The human resource agency has been the focus of a bipartisan push by the General Assembly to improve compensation and benefits to keep state employees, as well as recruit and retain new ones, despite wide disparities between what public employees earn for many jobs and their private counterparts.

The timing of Elliott’s departure is awkward, as DHRM prepares to receive applications from tens of thousands of executive branch employees to work remotely under a new policy that Youngkin launched almost two weeks ago.

Friday is the deadline for all employees to request permission to work from home under the old policy, which replaces all existing telework agreements. Under the new policy, agency heads can grant permission for employees to work one day a week from home, as well as allow up to two weeks of remote work under family emergencies and other unforeseen circumstances.

But beyond that, approval of the relevant Cabinet secretary is required for an employee to work from home two days a week. Requests to work more than two days a week must go through Youngkin’s chief of staff, Jeff Goettman.

Under the policy, Youngkin expects to review all telework applications by June 3 and act on all of them by June 30 to take effect on July 5.

It’s not clear how many telework agreements will be replaced because DHRM said last week that it doesn’t know how many state employees worked from home during the COVID-19 pandemic, when most state agencies shut down temporarily and were forced to rely on telework.

In 2018-19, about one-quarter of executive branch jobs were eligible for telework and only 19% of those workers were approved to work remotely, but telework has become an imperative during the pandemic and a perk in a tight labor market.

For example, the Virginia Economic Development Partnership lists telework among the incentives it offers to companies to move or expand their businesses in the state.

“Many companies across the U.S. are shifting a significant portion of their workforce to permanent telework,” the partnership states. “That wave of increased telework also will affect how companies make decisions when evaluating locations for future projects.”

In addition to DHRM, Youngkin’s new telework policy will rely on the Virginia Information Technologies Agency, or VITA. It also has undergone a dramatic change in leadership since Youngkin took office in mid-January.

After the new governor replaced Nelson Moe as chief information officer and leader of the agency, Chief Operating Officer Jon Ozovek resigned in February and the new CIO, Phil Wittmer, left after less than a month on the job.

The Youngkin administration also confirmed on Monday that June Jennings has retired as deputy secretary of finance, a job she had held since 2017 under three governors. Previously, Jennings had served as state inspector general, inspector general for the Virginia Department of Corrections, and senior auditor at the Auditor of Public Accounts.

Separately, the Department of Behavioral Health and Developmental Services confirmed that Chief Deputy Commissioner Mira Signer is stepping down from her job next month. Previously, Signer had worked at Magellan Health Care of Virginia and as executive director of NAMI Virginia, an advocacy group for people with mental illness and their families, for almost 10 years.

Gov. Glenn Youngkin wants state employees back in their offices under a new telework policy …

Counties with the worst commutes in Virginia

Counties with the worst commutes in Virginia 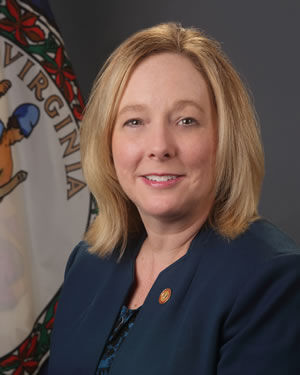 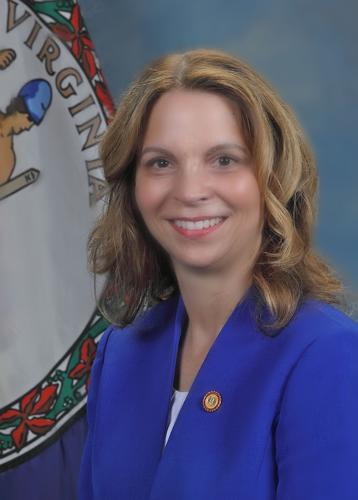