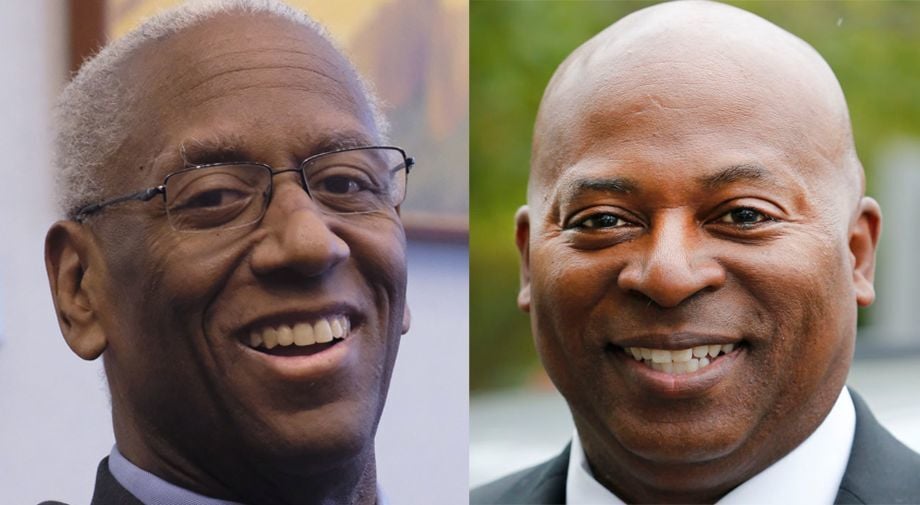 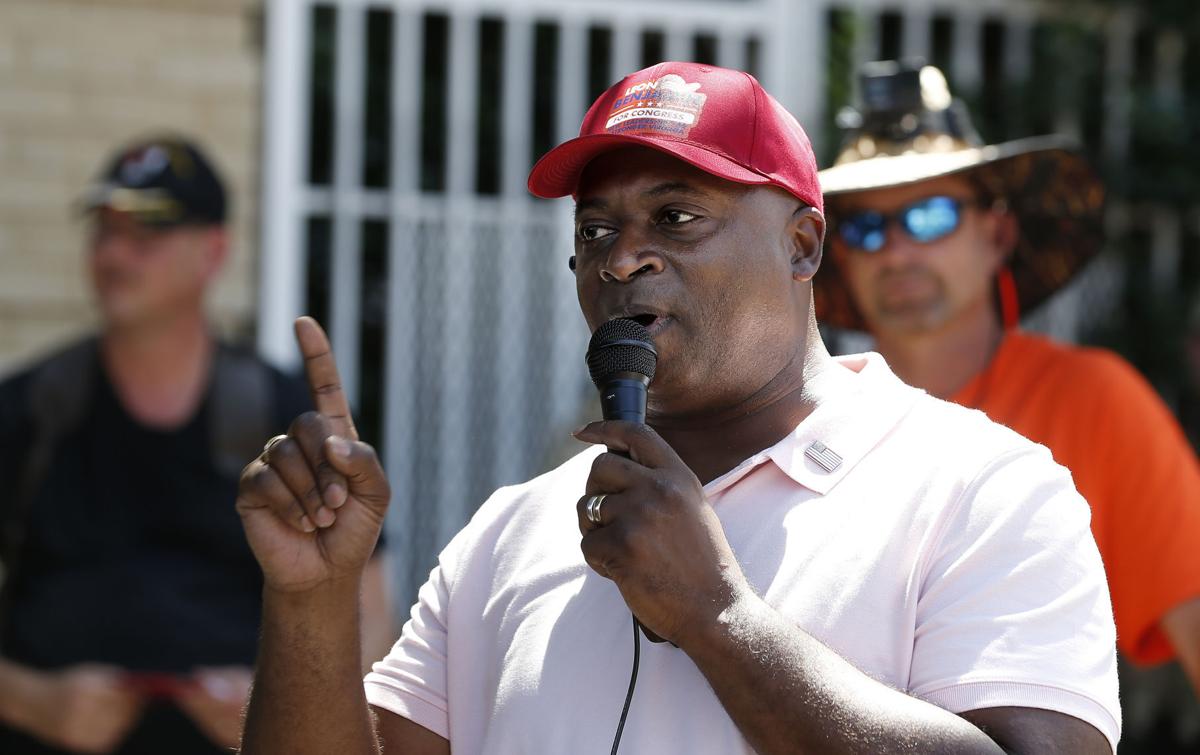 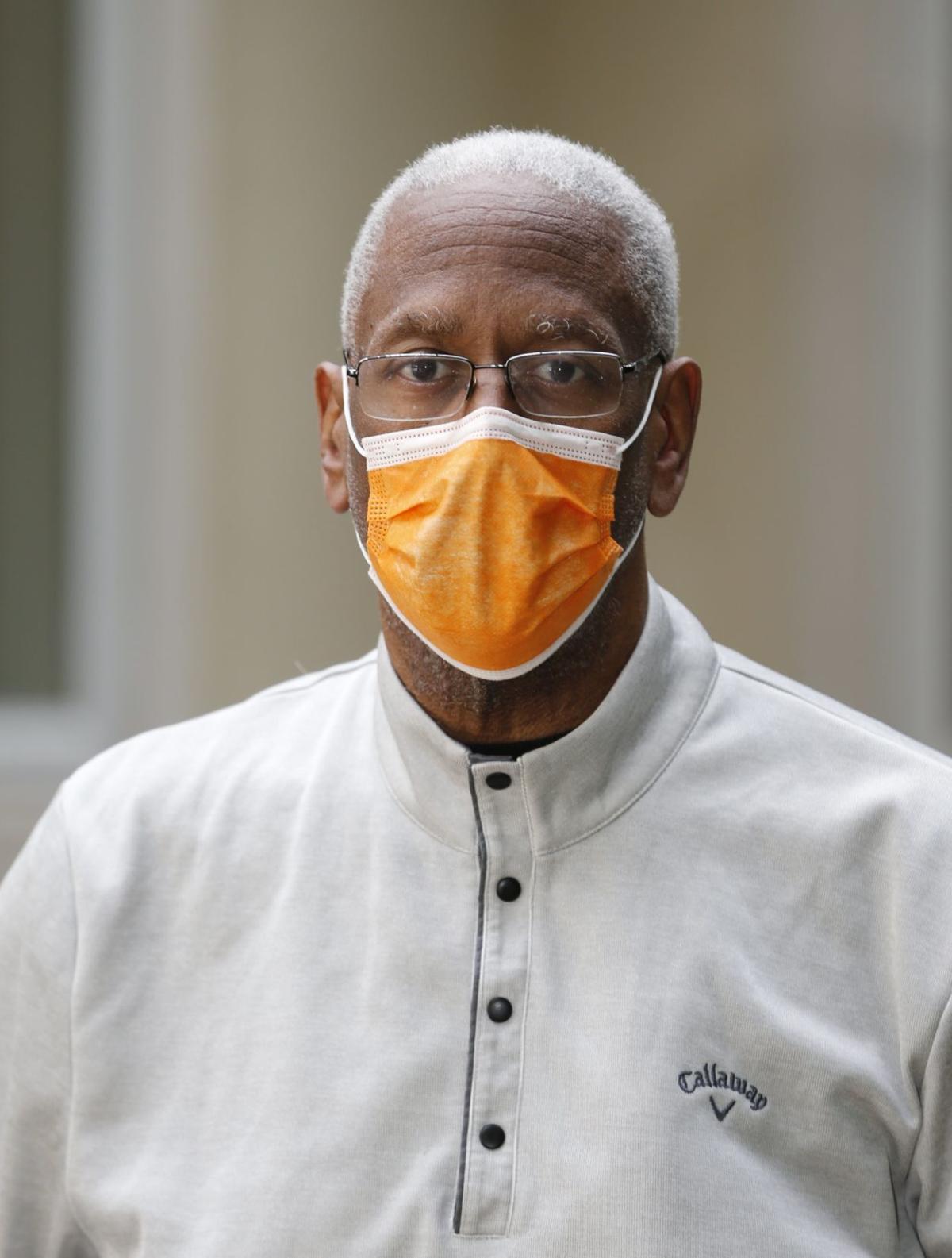 Rep. Donald McEachin said health care should be “the number one issue” in the 4th District amid a new Supreme Court nomination. 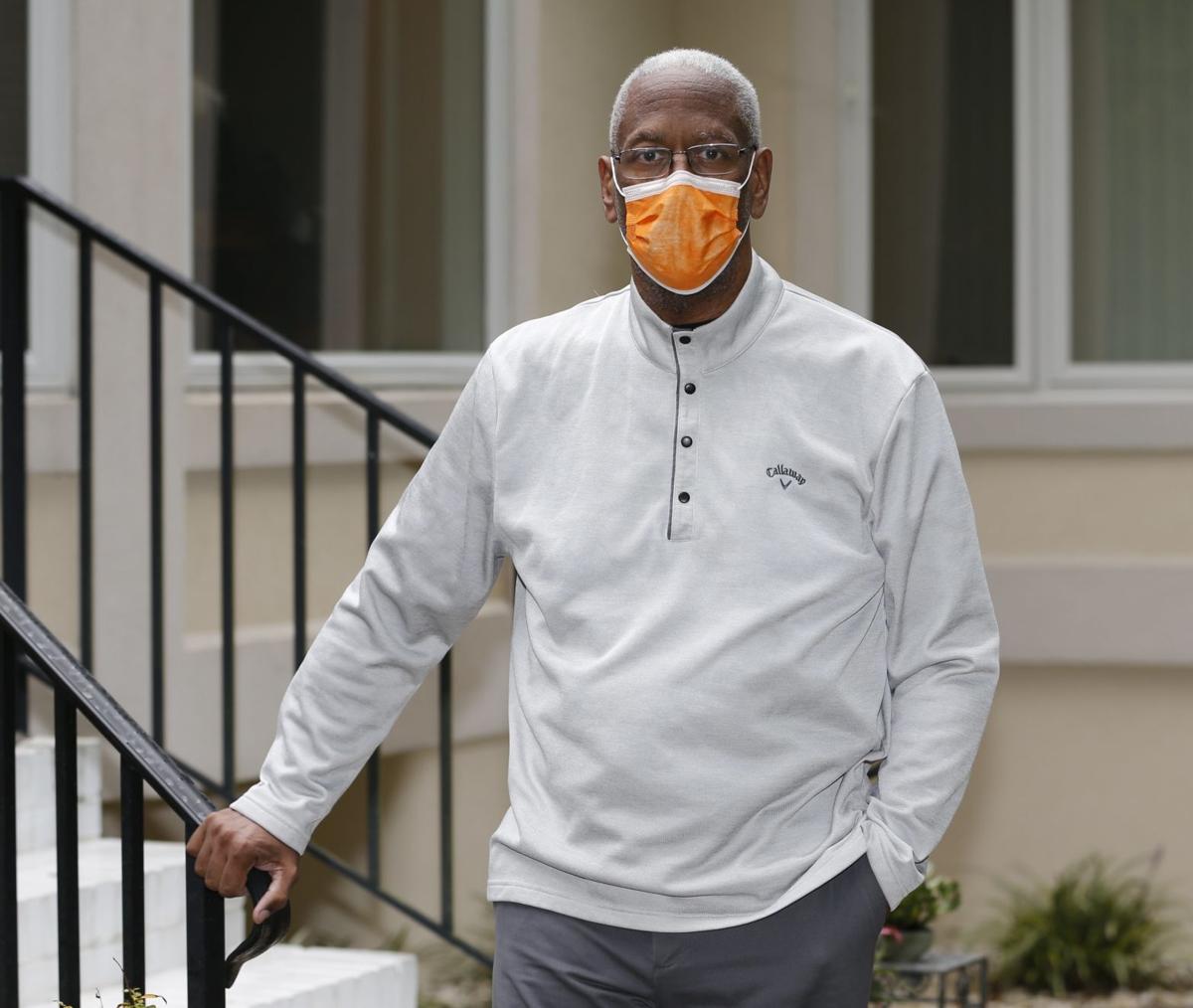 Democratic Rep. Donald McEachin got 60.89% of the votes to win his third term in the 4th Congressional District. 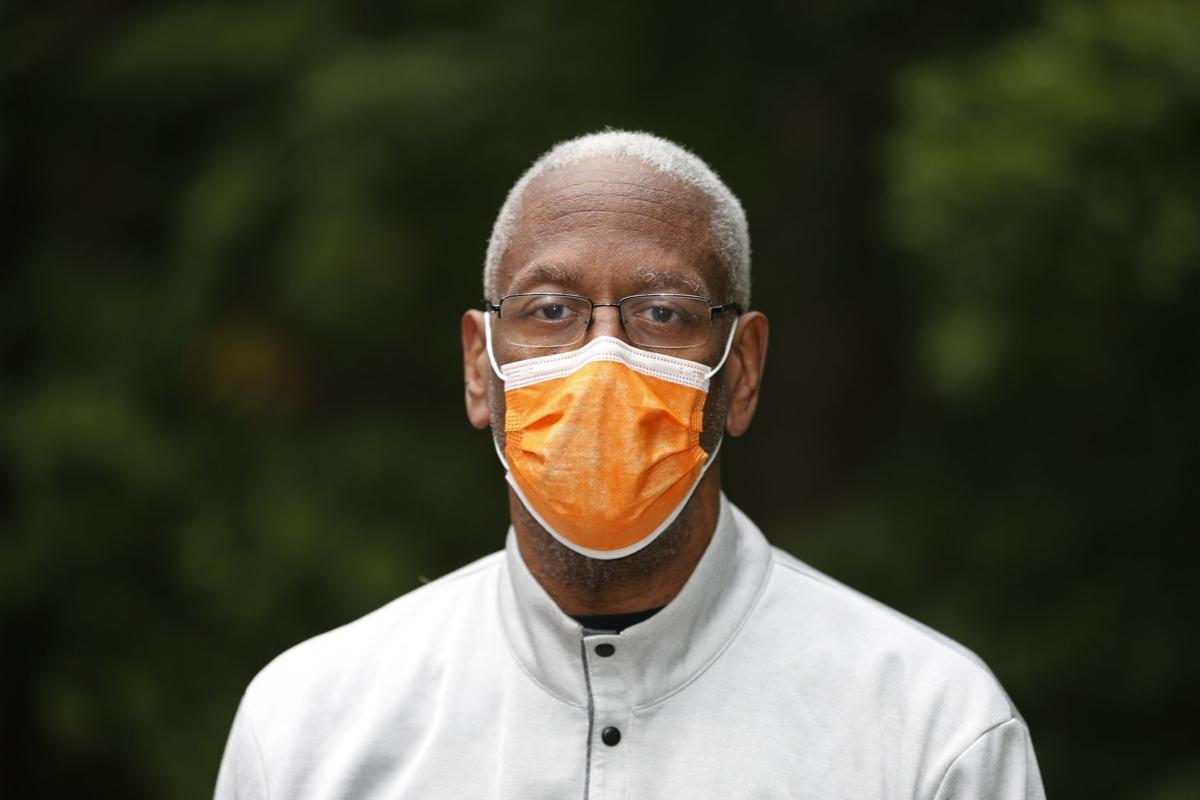 Rep. Donald McEachin, D-4th, and Republican challenger Leon Benjamin are both ordained African American ministers who have one other thing in common — they’re both happy to let their congressional election campaign be about President Donald Trump.

Benjamin, 52, is a South Richmond pastor who calls himself a special adviser to Trump and leads a prayer group for the president each week. He planned to attend Trump’s campaign stop at the Newport News airport on Friday night.

“I believe in what he is doing,” he said of the president in an interview.

McEachin, who will turn 59 next month, doesn’t mind the attention to Trump, whom he blames for mismanaging the country’s response to the coronavirus pandemic that has killed more than 200,000 Americans in just over six months.

“We’re going to make sure my constituents understand my opponent happily embraces the president,” he said in an interview on the backyard patio of his home in southwest Richmond.

The 4th Congressional District race is shaping up as a battle between the Democratic and Republican political bases in an election dominated by the presidential campaign between Trump and former Vice President Joe Biden.

Neither congressional campaign expects to spend much time or money on television ads that would have to compete with the presidential election and high-profile campaigns in the 7th and 2nd congressional districts that could determine control of the U.S. House of Representatives.

Instead, the 4th District campaign is likely to be waged primarily by mail and on the ground, as McEachin and Benjamin push to turn out core voters in a district that encompasses 16 localities from Richmond and the Tri-Cities through Southside to the North Carolina line, with parts of southeastern Hampton Roads. The district includes southern Chesterfield County and eastern Henrico County.

The district, redrawn under federal court order in 2015, is heavily Democratic and 41% Black. McEachin, who has been a public figure since his first election to the General Assembly 25 years ago, has won the seat twice by large margins, including a 27-percentage-point victory over Republican challenger Ryan McAdams two years ago.

Benjamin’s only previous political race was a distant second-place finish in a four-way race for the 9th District seat on the Richmond City Council in 2016. Michael Jones won the election with 57% of the vote, compared with 22% for Benjamin.

“I’m not convinced that it’s really that much of a race,” said Quentin Kidd, director of the Wason Center for Public Policy at Christopher Newport University, which released a poll on Thursday that showed Biden leading Trump by 5% in Virginia.

Kidd said he is interested in “how a Black Republican will do in that district,” comparing the challenge to the 2004 race between Rep. Bobby Scott, D-3rd, and another African American, Winsome Sears, a one-term Republican delegate from Norfolk. Scott won the election with 69% of the vote.

Dan Palazzolo, a political science professor at the University of Richmond, also considers the 4th District a safe seat for Democrats.

“There is a conversation going on nationally about Trump’s potential to win a larger than the normal GOP share of the Latino and African American vote in 2020,” Palazzolo said. “Benjamin might marginally help if that potential emerges in Virginia.”

Benjamin is comfortable with the political spotlight. He appeared with Vice President Mike Pence in a political rally for McAdams in Richmond two years ago and has courted Trump supporters with appearances on Fox News as a conservative, pro-life Black Republican who embraces the president’s policies.

“We’re gaining a lot of momentum,” he said.

The death of Supreme Court Justice Ruth Bader Ginsburg — and a rush by Senate Republicans to confirm Judge Amy Coney Barrett as her replacement before the next president takes office — has roiled the presidential race, but the likely effect in the 4th District election is simply to “intensify partisan leanings,” McEachin said.

However, Ginsburg’s death raises the stakes on what McEachin considers “the number one issue” for 4th District voters — access to health care, made more crucial by the COVID-19 public health emergency.

A week after the election, the Supreme Court is scheduled to hear oral arguments in another legal challenge to the Affordable Care Act, the landmark health care law adopted a decade ago in President Barack Obama’s first term and under assault by conservatives ever since.

The latest challenge, California v. Texas, again attacks the individual mandate for health insurance at the heart of the law, which the Supreme Court narrowly upheld in 2012, before Trump appointed his first two conservative justices.

“That would be unfortunate, especially in light of the fact that Republicans have no plan to replace it,” McEachin said.

Some Republican candidates are trying to avoid outright opposition to the ACA because of its popular protection of people with pre-existing health conditions, but Benjamin said he considers the law a failure.

“The ACA has not been what people thought it would be,” he said.

The Affordable Care Act has resulted in expanded eligibility for Medicaid health coverage for 462,675 Virginians, including more than 122,000 people in the Central Region that includes most of the 4th District.

Medicaid expansion, which the General Assembly passed in 2018 after a seven-year partisan fight, also is providing health coverage for almost 130,000 parents who previously could not qualify unless their incomes were extremely low.

Virginia also is about to create its own health insurance exchange, after participating in the federally run marketplace since 2014 for people who earn too much to qualify for Medicaid but need federal subsidies to afford insurance coverage in the individual and small group markets.

McEachin supports the ACA, as well as potentially a public option that would allow people to buy coverage under the federal Medicare program after reaching a certain age. He said access to health care has become more critical because of COVID-19, a crisis that he accuses Trump of making worse by failing to promote “a cohesive set of initiatives to dealt with it.”

Based on an account in “Rage,” journalist Bob Woodward’s book about Trump, “he’s been lying to the American public about the severity of the virus,” the congressman said.

Benjamin said Trump deserves credit rather than blame for the handling of the pandemic.

“What the president has done is kept the panic down,” he said, echoing Trump’s defense in the book.

Benjamin would rather talk about the protests that ignited in Richmond and across the country over racial injustice after the death of George Floyd in police custody in Minneapolis in late May. Like Trump, he contends that “radical elements” had taken control of legitimate protests that resulted in violence and looting.

He also faulted Gov. Ralph Northam and Richmond Mayor Levar Stoney, both Democrats, for their handling of the protests.

“They should have stopped it on day one and supported our police,” he said, adding that the idea of “defunding police” would make poor, Black neighborhoods more vulnerable to crime.

McEachin sees the protests in broader terms than policing reforms or Confederate statues in Richmond.

“What these protests are about are 401 years of systemic racism on this continent,” he said.

“Trying to make a step for the proverbial more perfect union is really what these protests are calling us to do,” he said.

McEachin also thinks jobs and environmental protection are top issues in the election, while Benjamin talks about giving parents more freedom in how they use public education funding and opportunity zones for economic development.

One thing that does not appear to be an issue this year is McEachin’s health.

Two years ago, the congressman was diagnosed with a fistula, an abnormal connection between the bladder and colon that resulted from radiation and chemotherapy treatment for rectal cancer in 2014.

McEachin, who stands 6 feet 5 inches tall, shed more than 60 pounds and underwent a number of surgeries to correct the condition. He’s regained some of the weight and, at 220 pounds, says he’s right where his doctor wants him to be.

“It feels good,” he said. “God gets you to stuff, and then he gets you through stuff.”

Benjamin doesn’t directly mention McEachin’s health, but said, “He’s been missing and not accessible to people, for whatever reason.”

Kidd, at Christopher Newport’s Wason Center, said, “I’ve not heard it as an issue.”

'We don't have a plan' to shoot down Chinese rocket: Pentagon chief

'We don't have a plan' to shoot down Chinese rocket: Pentagon chief

Rep. Donald McEachin said health care should be “the number one issue” in the 4th District amid a new Supreme Court nomination.

Democratic Rep. Donald McEachin got 60.89% of the votes to win his third term in the 4th Congressional District. 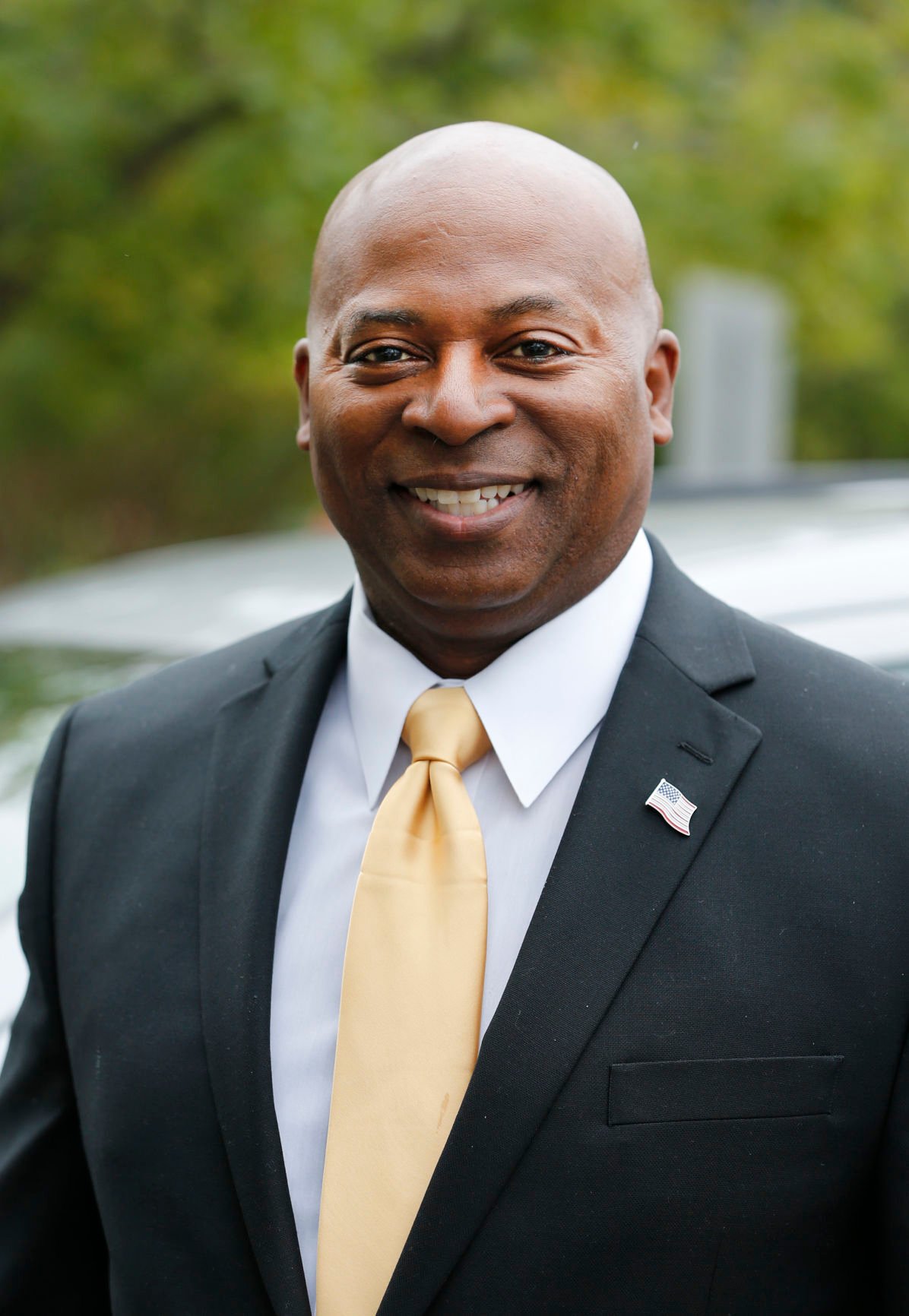 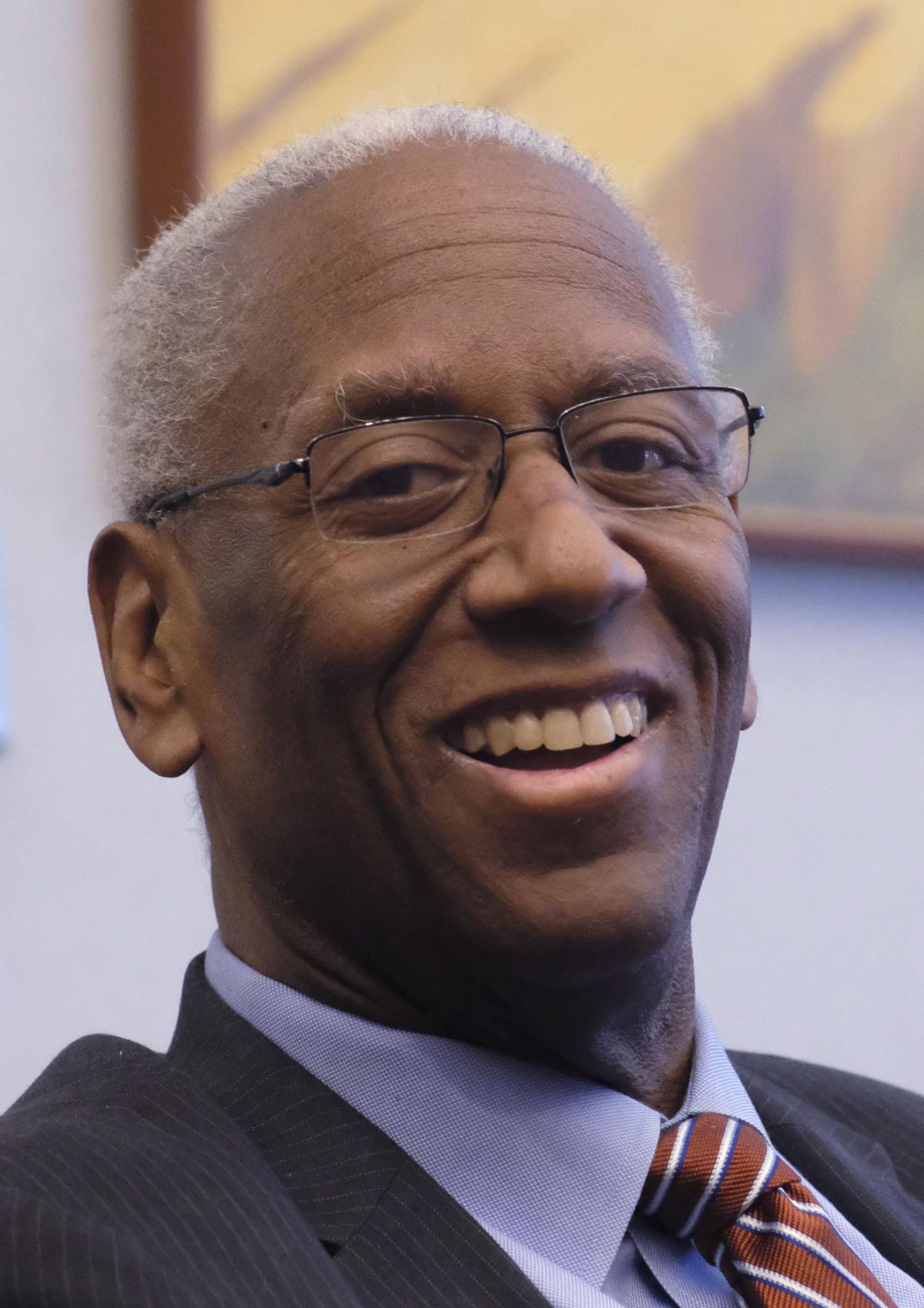 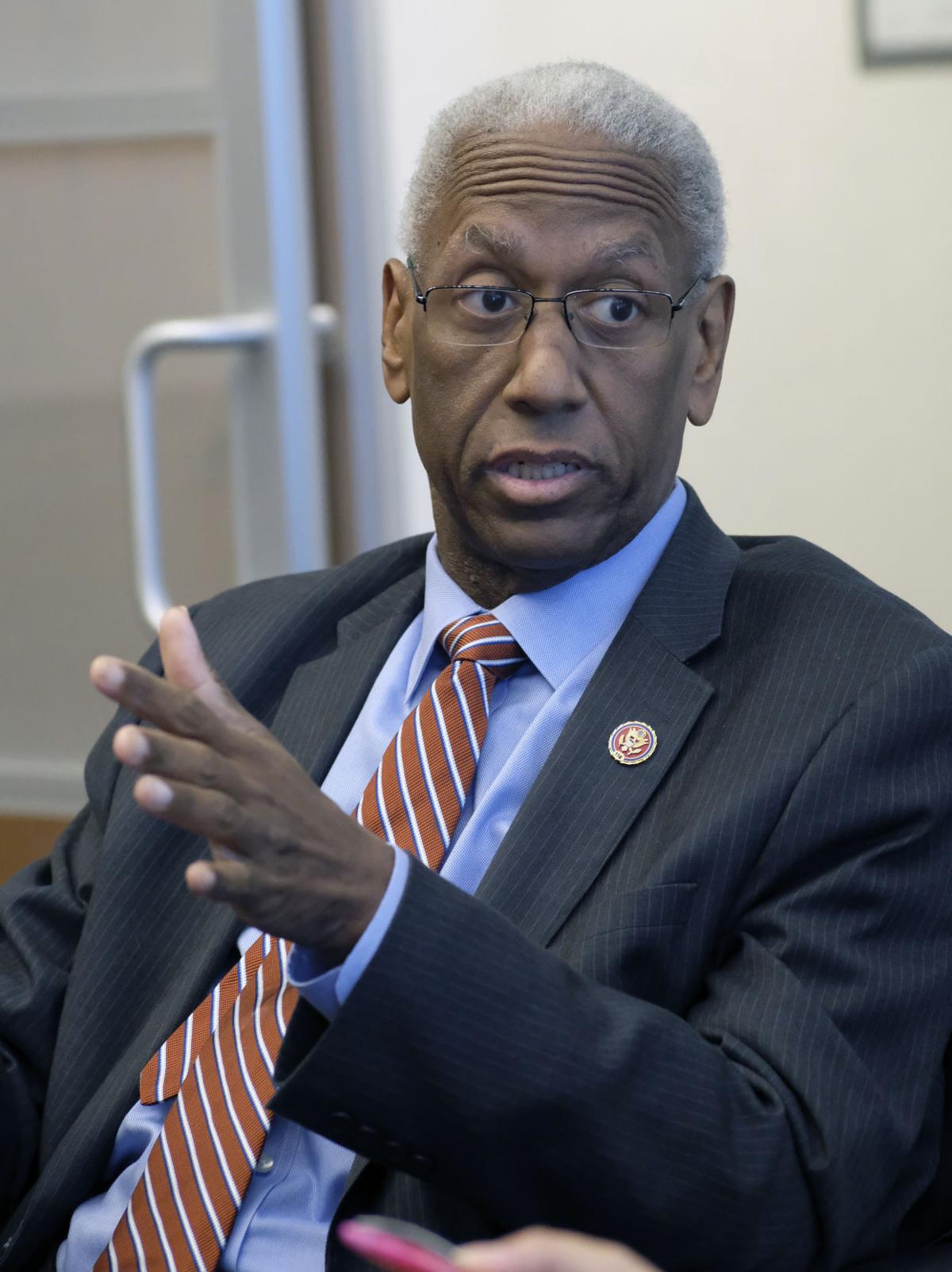