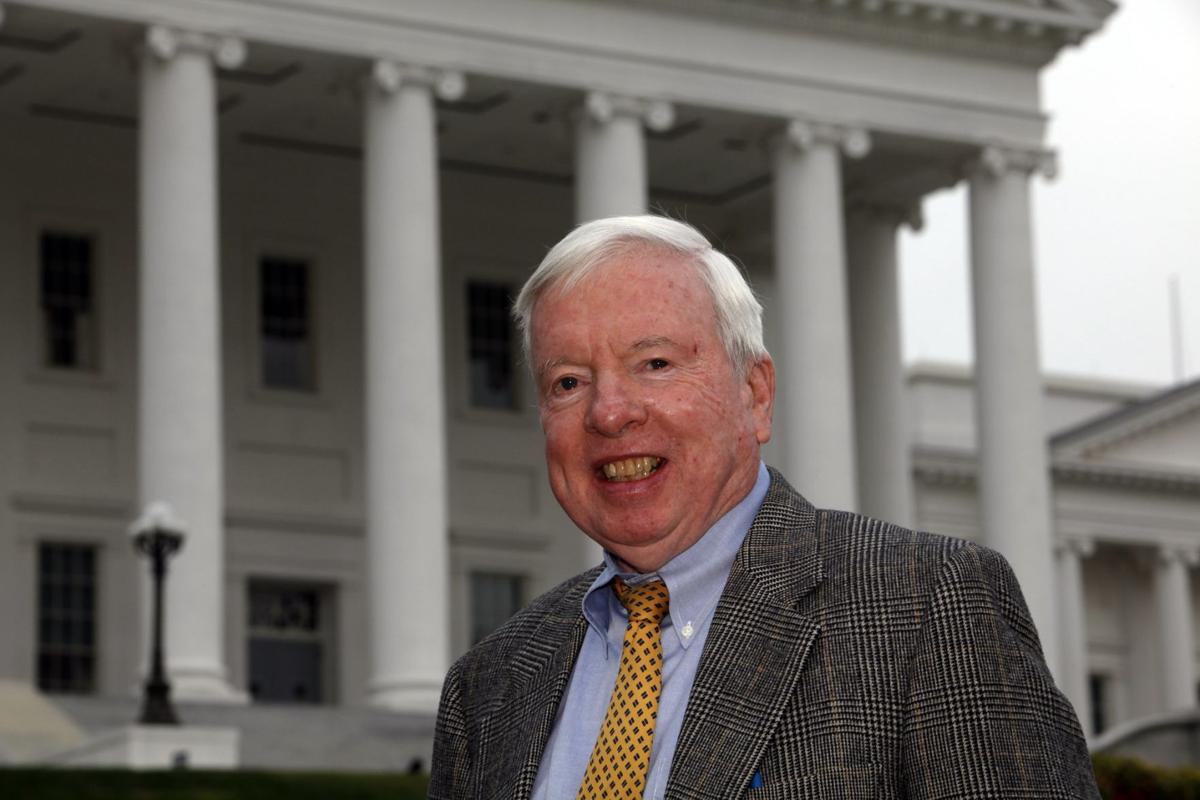 Tyler Whitley, political reporter for the Richmond Times-Dispatch, was photographed in front of the state Capitol in Richmond, Nov. 15, 2010. 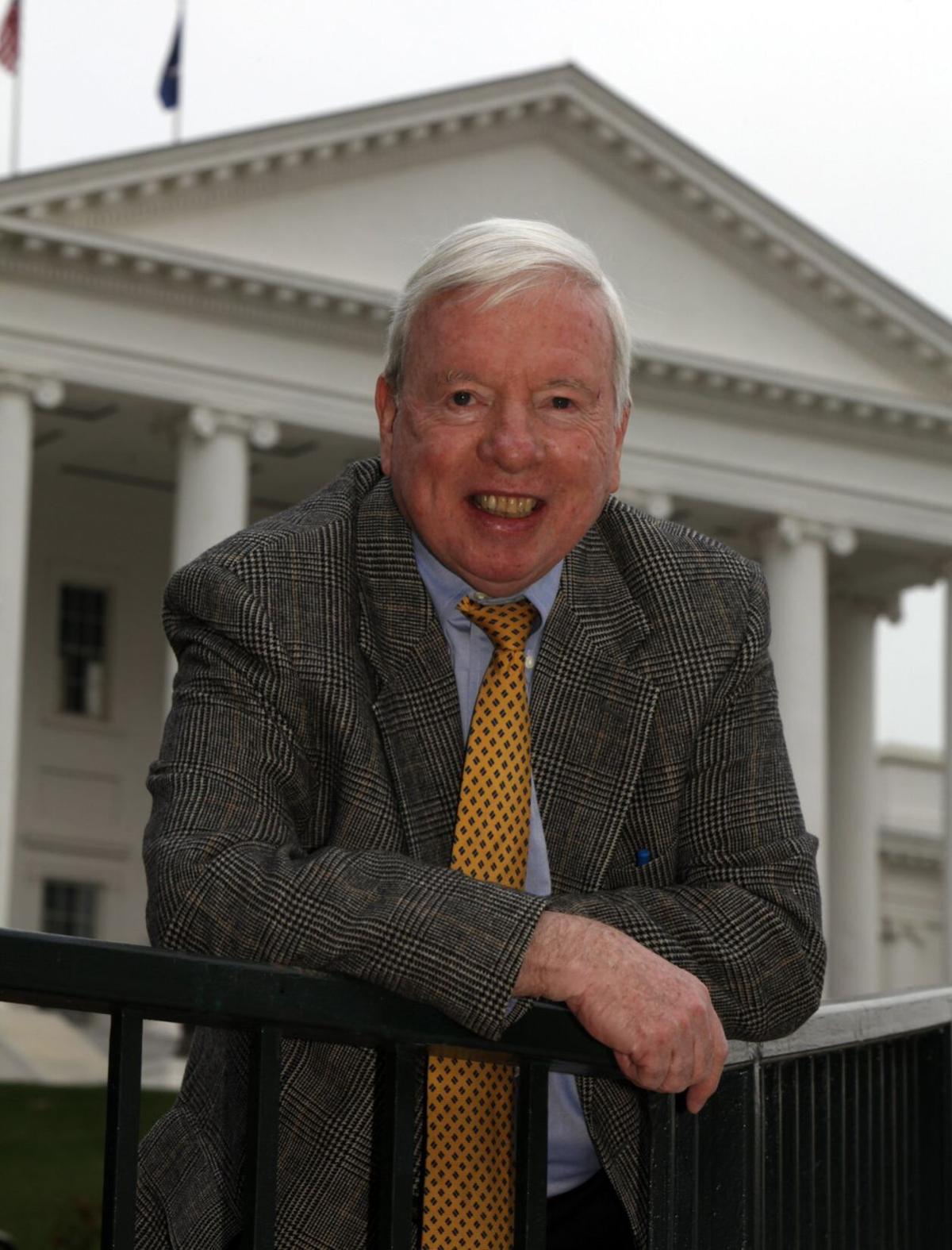 Tyler Whitley, political reporter for the Richmond Times-Dispatch, photographed in front of the state Capitol in Richmond, Nov. 15, 2010. 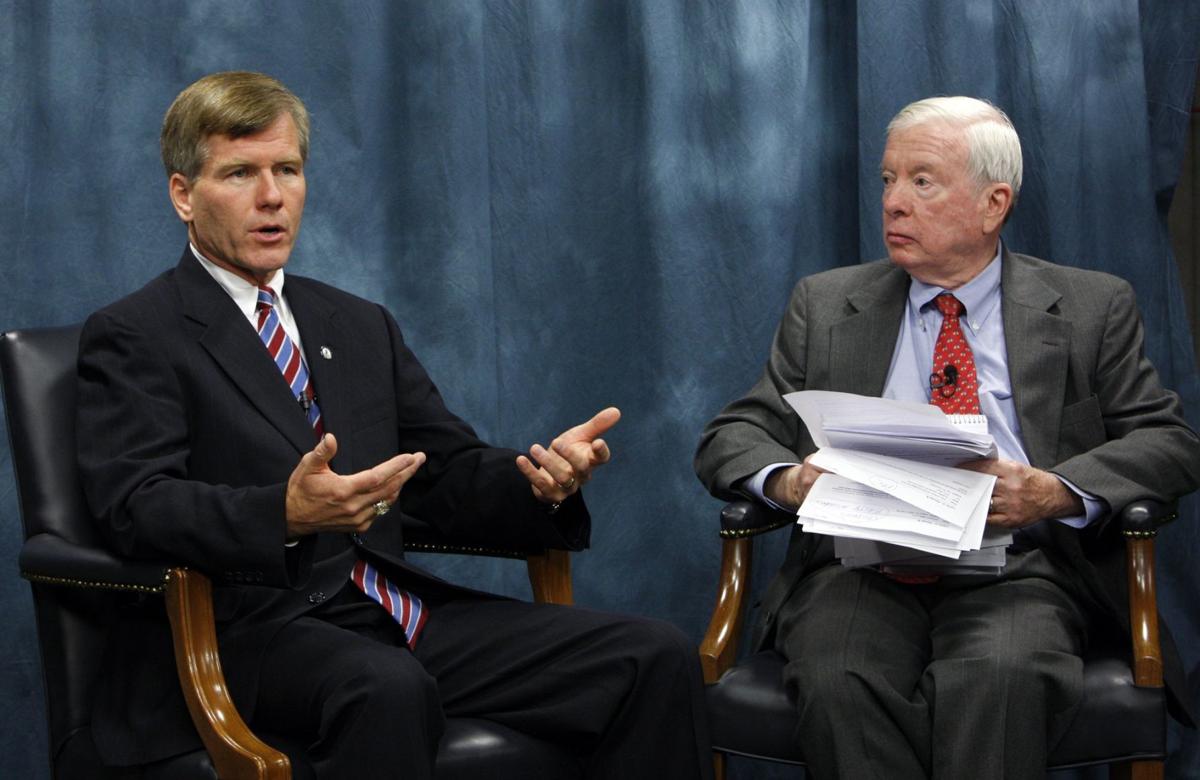 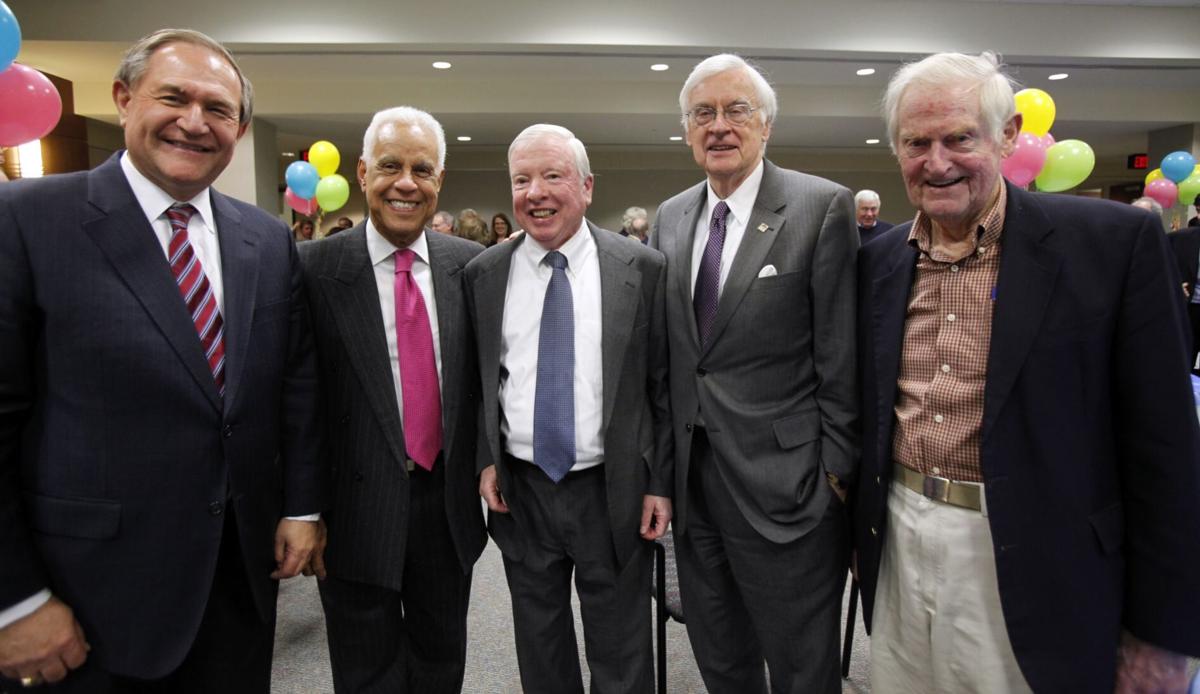 Tyler Whitley, veteran politics reporter for The Richmond News Leader and the Richmond Times-Dispatch whose to-the-point, often cleverly worded stories could make candidates and officials more than names on a printed page, died of a brief illness at a suburban Richmond hospital Wednesday night. He was 83.

Mr. Whitley, who retired in July 2011 after more than 50 years as a newspaperman, having spent his entire career with the Richmond dailies, had been admitted to Henrico Doctors’ Hospital for a heart disorder, according to his family. Stricken at his home in Henrico County on Sunday, Mr. Whitley in recent years had been treated for Parkinson’s disease.

The morning Times-Dispatch — it had merged in 1992 with the afternoon News Leader, where Mr. Whitley began as a business reporter — honored his half-century in journalism in December 2010 with a reception at the RTD’s downtown offices attended by five of the 11 Virginia governors he had covered — Linwood Holton, Gerald Baliles, Doug Wilder, Jim Gilmore and then-Gov. Bob McDonnell.

As a reporter for an afternoon newspaper, Mr. Whitley was often covering events at the state Capitol as they unfolded, be they meetings of General Assembly committees, early floor sessions of the House of Delegates and Virginia Senate, or gubernatorial and candidate news conferences.

But in reprising developments that had occurred after his early deadlines — and had likely been extensively reported on television that evening and, the next morning, in The Times-Dispatch and other newspapers — Mr. Whitley faced an enduring challenge for a writer on an afternoon paper: finding a new angle on old news.

This is when Mr. Whitley, impish at 5-foot-7 and given to high-pitched laughter, could be at his amusing best.

In 1982, when Wilder was threatening to run for the U.S. Senate as an independent, elevating racial tensions within the Virginia Democratic Party, a published reference by House Speaker A.L. Philpott, D-Henry, to Black delegates as “those boys” threatened further friction.

In an account for The News Leader in which some of Philpott’s allies sought to explain away his remark as friendly rather than racially demeaning, Mr. Whitley wrote that the statement — uttered at a formerly all-white, all-male political gathering — had “caused a tempest in a Philpott.”

Several years later, when Wilder was the Democratic nominee for lieutenant governor, Mr. Whitley drew on a popular 1967 comedy-drama about racial reconciliation in advancing a Philpott-organized reception in Martinsville at which the speaker would endorse Wilder. The opening paragraph of Mr. Whitley’s story read, “Guess who’s coming to breakfast?”

During the governorship of Republican John Dalton, from 1978 to 1982, Mr. Whitley was first to report that Dalton had directed the state to purchase a tent that would be used for his daughter’s wedding reception in the formal garden of the 19th-century Executive Mansion.

An angry Dalton reimbursed the state for the tent, word of which had reached Mr. Whitley from a state employee put off by the Republican’s perceived indulgence at public expense.

Dogged even when he was literally down, Mr. Whitley — after fainting outside the Executive Mansion while waiting to interview McDonnell — tugged an oxygen mask from his face as he was helped into an ambulance. He called to the reporter who had relieved him to query McDonnell on several topics. Mr. Whitley’s spell was attributed to medication he had been taking.

Having broken in on an afternoon newspaper with tight, multiple deadlines, Mr. Whitley wrote quickly, often seated in a chair set nearly as low as a milking stool. His lunch frequently was a hamburger garnished with mustard — Mr. Whitley disliked ketchup and mayonnaise — and, if a napkin wasn’t handy, he would occasionally dab his mouth with his necktie.

Mr. Whitley joined The News Leader not long after he graduated from college and had completed training in the Army Reserve. He got a lead on a reporting job through an acquaintance on the newspaper’s advertising staff whom he had run into at a bar in Richmond’s West End, where Mr. Whitley grew up.

As a business reporter for The News Leader, Mr. Whitley accompanied Gov. Mills Godwin, during the first of his two non-consecutive terms, on the first overseas trade trip by a Virginia governor. Godwin’s itinerary included stops in Spain and Belgium. He would travel abroad as well with Baliles and Wilder during their terms as governor.

Newspapers had intrigued Mr. Whitley even as a school boy. He wrote for The Pine Needle, the student newspaper at St. Christopher’s School, from which he graduated. Mr. Whitley also was editor of The Tiger, the newspaper of his alma mater, Hampden-Sydney College.

At the RTD-organized anniversary party, about seven months before a retirement hastened by economies at the newspaper, Mr. Whitley said that journalism was his passion. “I don’t have any hobbies,” he told guests.

Though Mr. Whitley was a baseball enthusiast, devoted from boyhood to the Brooklyn, and later Los Angeles Dodgers, this year’s World Series champions.

Born in Knoxville, Tenn., on Aug. 4, 1937, Ronald Tyler Whitley — he went by his middle name — and his fraternal twin brother, Donald Pope Whitley, were the sons of Raymond and Daisy Whitley. The boys’ father was the proprietor of a roofing contracting company; their mother, a homemaker. The family moved to Richmond when the boys were 2 years old.

Mr. Whitley met his wife, the former Nancy Prickett of Columbia, Tenn., after she had moved to Richmond to take a position at the Library of Virginia as a cataloguer. They met at a swimming pool at the Mount Vernon Apartments and were married on Sept. 11, 1965.

In addition to his wife and brother, also of Henrico, Mr. Whitley is survived by two sons, Tyler Whitley Jr. of Richmond and William Bland Whitley of Princeton, N.J., and a daughter, Rebecca Pryor Whitley of Canillas, Spain, and four grandchildren.

Because of the coronavirus pandemic, funeral arrangements are private.

Outgoing Virginia Attorney General Mark Herring has released an opinion asserting that Gov.-elect Glenn Youngkin does not have the authority t…

Tyler Whitley, political reporter for the Richmond Times-Dispatch, was photographed in front of the state Capitol in Richmond, Nov. 15, 2010.

Tyler Whitley, political reporter for the Richmond Times-Dispatch, photographed in front of the state Capitol in Richmond, Nov. 15, 2010. 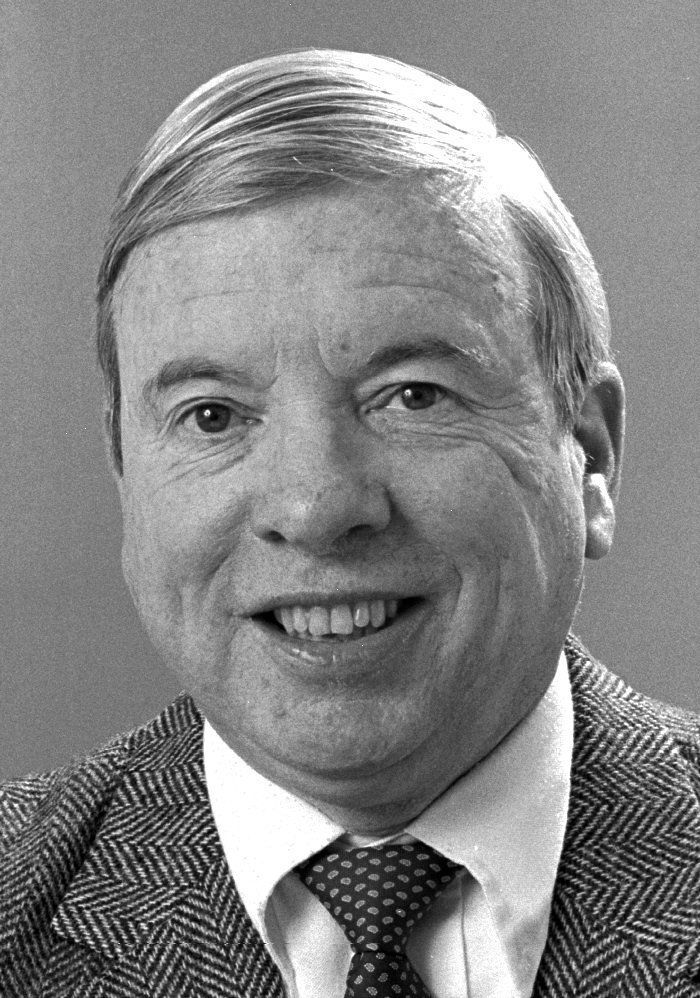